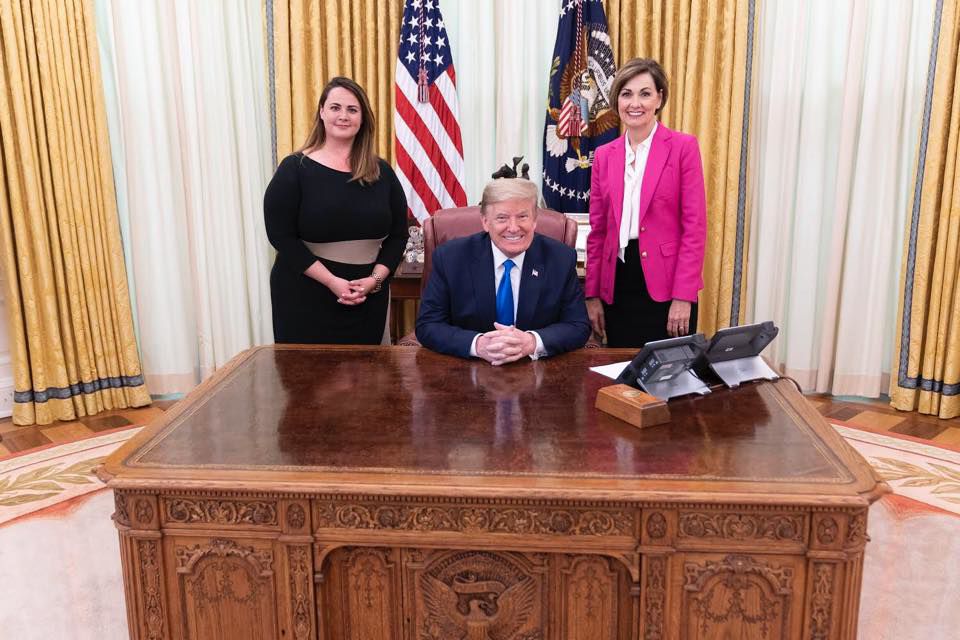 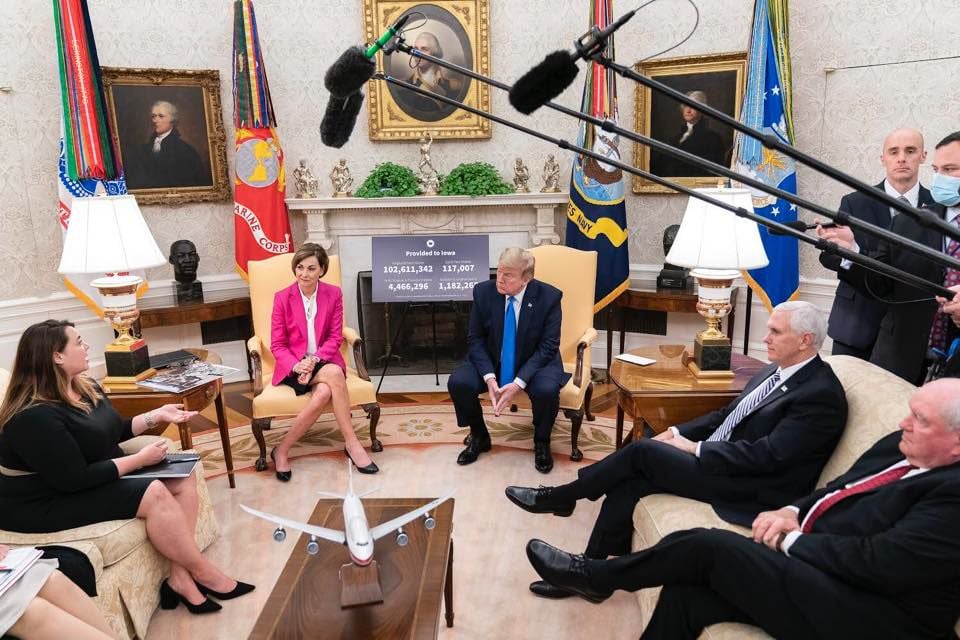 DES MOINES — A pediatrician by trade, one of the things that drew Caitlin Pedati to public health service was the ability to address health issues on a larger scale.

“As much as I loved medicine — and I do, I loved taking care of kids — it did feel like I was seeing some of the same problems again and again,” Pedati said this week, “and it made me think of ways I could address more people at once.”

Pedati now is one of the central figures in the effort to protect more than 3 million Iowans during a global pandemic.

Dr. Caitlin Pedati is Iowa’s state epidemiologist and medical director for the state public health department. Pedati, 34, has become a vitally important and very public figure in the weeks since the new coronavirus was first detected in Iowa, in early March. Pedati provides the public health department’s guidance to Gov. Kim Reynolds, and regularly appears with the governor at her daily briefings.

The scope of the pandemic 1 caused by the new coronavirus and COVID-19, the disease it causes — is unlike any since a worldwide influenza outbreak more than a century ago. As of Friday, more than 300,000 people worldwide and nearly 88,000 Americans had died from the disease. Iowa had recorded 336 deaths as of Friday.

Pedati and the public health department’s work has helped inform Reynolds as the governor has made myriad critical decisions, including to temporarily shut down schools and many businesses, and more recently when to begin relaxing some of those restrictions.

To hear Pedati and those who know her well describe it, she is in the right place at the right time.

“As challenging and as unfortunate as this whole virus has been, this is exactly the kind of work that I want to do and the way that I want to be useful in public health," she said.

Dr. Jeneane Moody is an instructor in Des Moines University’s public health program and a former executive director of the Iowa Public Health Association. In her former role, Moody was on the team that interviewed candidates for the state epidemiologist opening when Pedati was hired.

Moody said she was impressed by Pedati’s varied experiences in both clinical medicine and public health, and found Pedati to be an excellent communicator. They are all attributes that serve Pedati well as she helps attempt to manage a global pandemic, Moody said.

“She’s legit and uniquely qualified,” Moody said. “I know that she is young, but I know that she has unique qualifications that have prepared her really well.”

Dr. Patricia Quinlisk was the state epidemiologist before Pedati. Quinlisk retired in 2018 after serving 24 years in the position, under both Republican and Democratic governors.

Quinlisk praised Pedati’s work during the COVID-19 pandemic, saying only that it’s unfortunate Pedati was forced to face the pandemic at an early stage in her career.

“Obviously we wouldn’t have hired her, she wouldn’t have been the one if we did not think she could do the job,” Quinlisk said. “I think Caitlin’s doing a great job. But I do feel sorry that this is coming so early in her career, not later in her career.”

Pedati said she is intrigued by the “disease detective work” involved in public health, a curiosity that would seem handy during a pandemic that features a new disease for which there is no vaccine.

“I really enjoy working in a situation where we can be flexible and come up with creative ways to help people. Those were the kinds of things I wanted to do in a broad way,” Pedati said. “Whether we’re taking about COVID, vaping, hypertension, Zika (virus) or anything else, there’s a breadth of work and a lot of things that affect people’s health on a day-to-day basis. And I really love being able to look at that range of things and look at what the population that I serve needs and how can we get them what they need.”

That was not always the case. Pedati said growing up in northern Virginia she always wanted to be a doctor. She would get excited, she said, when one of her two sisters was sick because she liked tagging along to see the doctor.

She went to medical school and became a board certified and licensed pediatrician. But while getting her undergraduate degree at Georgetown University, she also started learning about public health, in part at the behest of some of her professors.

And one of her first projects as a student, she said, was with Virginia’s Arlington County developing pandemic response plans. The project was to imagine a pandemic like an influenza outbreak and develop response plans for health care settings and businesses.

“That was my first experience with what population health or public health meant,” Pedati said.

While Pedati said she could not have foreseen that she would be on the front lines of a state’s response to a global pandemic, that project from early in her education illustrates how epidemiologists prepare for outbreaks.

“I don’t know that I could have quite exactly predicted this, that’s for sure. But I do think people in our field, we’ve talked about this for years. And we really do a lot of planning and thinking about ways that we can be ready for situations like this,” Pedati said.

Quinlisk said epidemiologists not only prepare for future outbreak, they study outbreaks of the past. She said she even remembers asking her grandmother about the 1918 flu pandemic.

“I think you always know in the back of your mind it’s possible just because you look at history. When you study epidemiology, you study history,” Quinlisk said. “So you know that those things can happen. But I don’t know that you ever think that it’s going to be as global as this is.”

In addition to making Pedati’s work even more critical, the COVID pandemic has made her work more public. She regularly appears with Reynolds at the governor’s daily briefings on the state’s pandemic response. Those briefings are broadcast on television and the internet.

Pedati said she feels it is critically important to convey the department’s goals and strategies to the public. She said she understands there are critics of some of the state’s response strategies, and she welcomes those viewpoints as well.

“I want the people to know about what we do and how we do it and why we do it,” she said.

Pedati joked that she even found one critic back in northern Virginia: Pedati said her mother told her that she needed to stop praising every question from the reporters at the daily briefings.

Moody praised Pedati’s communication skills. She said Pedati has showed she can be an intent listener and provide a helpful answer without overwhelming people with medical jargon.

Pedati said the new coronavirus has presented a unique challenge because it is new and more is being learned about it daily. She said the state’s response effort has been a collaborative approach between the state public health department, fellow public health officials at the local and federal level, other state agencies, and the state’s medical community.

Asked for her message to Iowans during the pandemic, Pedati said while it may sound simplistic, her goal is to determine how best to protect and improve the public’s health.

“I just want to reiterate my commitment and certainly the department’s committed to doing everything we possibly can to stop the spread of this illness and keep everybody as safe and healthy as we can,” Pedati said. “And I appreciate this has been an unprecedented and challenging time for everybody who has been affected in different ways.”

Hometown: Born in New Jersey, grew up in northern Virginia

JOHNSTON — Gov. Kim Reynolds said Tuesday she does not plan to extend a moratorium on home foreclosures and rental evictions, but will instead establish a program to provide financial assistance to Iowans who have lost income and face foreclosure or eviction.

SPRINGFIELD – A major expansion of voting access for the 2020 general election is headed to the desk of Gov. JB Pritzker after the Illinois Se…

SPRINGFIELD — A measure allowing bars and restaurants to serve cocktails to go passed both chambers of the General Assembly Saturday, meaning …

SPRINGFIELD — The Illinois House of Representatives advanced a bill Thursday that would greatly expand voting by mail in the November general election, as well as make the day a state holiday this year.

Pritzker administration working on guidance for reopening next week

SPRINGFIELD — Gov. JB Pritzker said Thursday his administration was developing guidelines for local governments and businesses to follow as the state prepares to enter the next phase of reopening the economy amid the COVID-19 pandemic.

A broad-ranging bill creating a limited oversight panel of the governor’s Restore Illinois plan, temporarily delaying Freedom of Information A…

Illinois budget could pass as early as Friday

SPRINGFIELD — Lawmakers could vote on a budget as early as Friday after working well into the night Thursday at the Capitol and a makeshift House chamber at the Bank of Springfield Center.

SPRINGFIELD — An Illinois Republican state representative last week announced plans to seek the recall of Gov. J.B. Pritzker because of woes in the state's unemployment office.

Child care on pace for mass May 29 reopening

SPRINGFIELD – All of the state’s 5,000-plus child care providers not in operation will be advised to reopen Friday, May 29, provided the state… 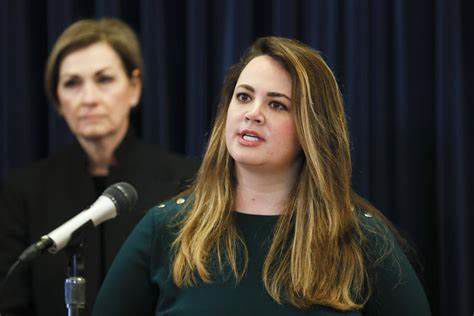