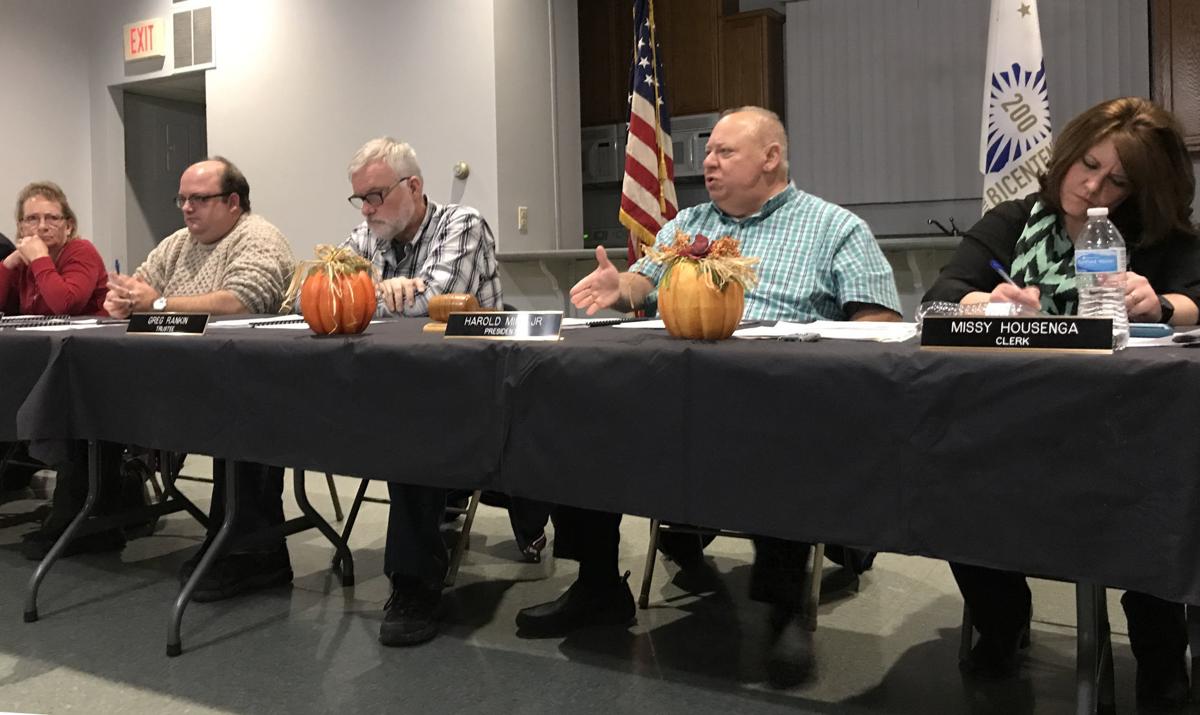 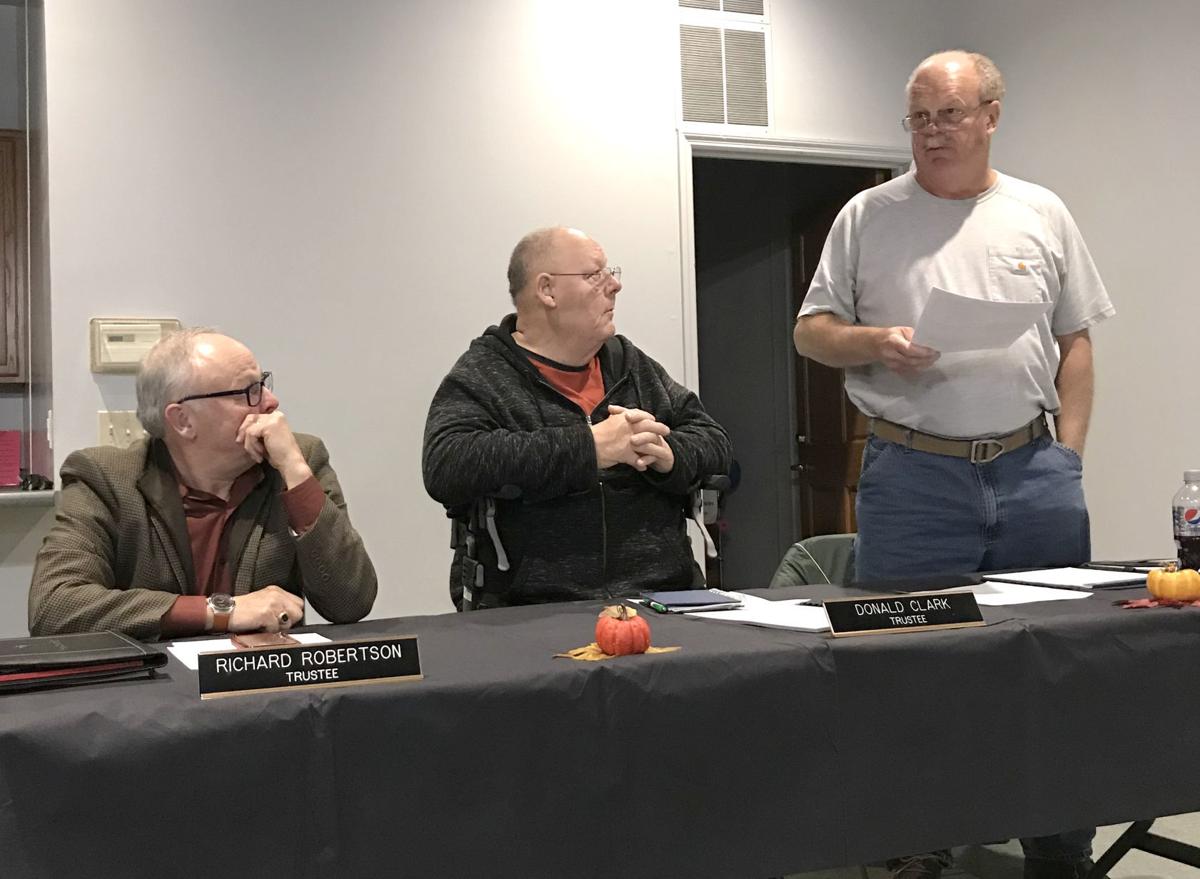 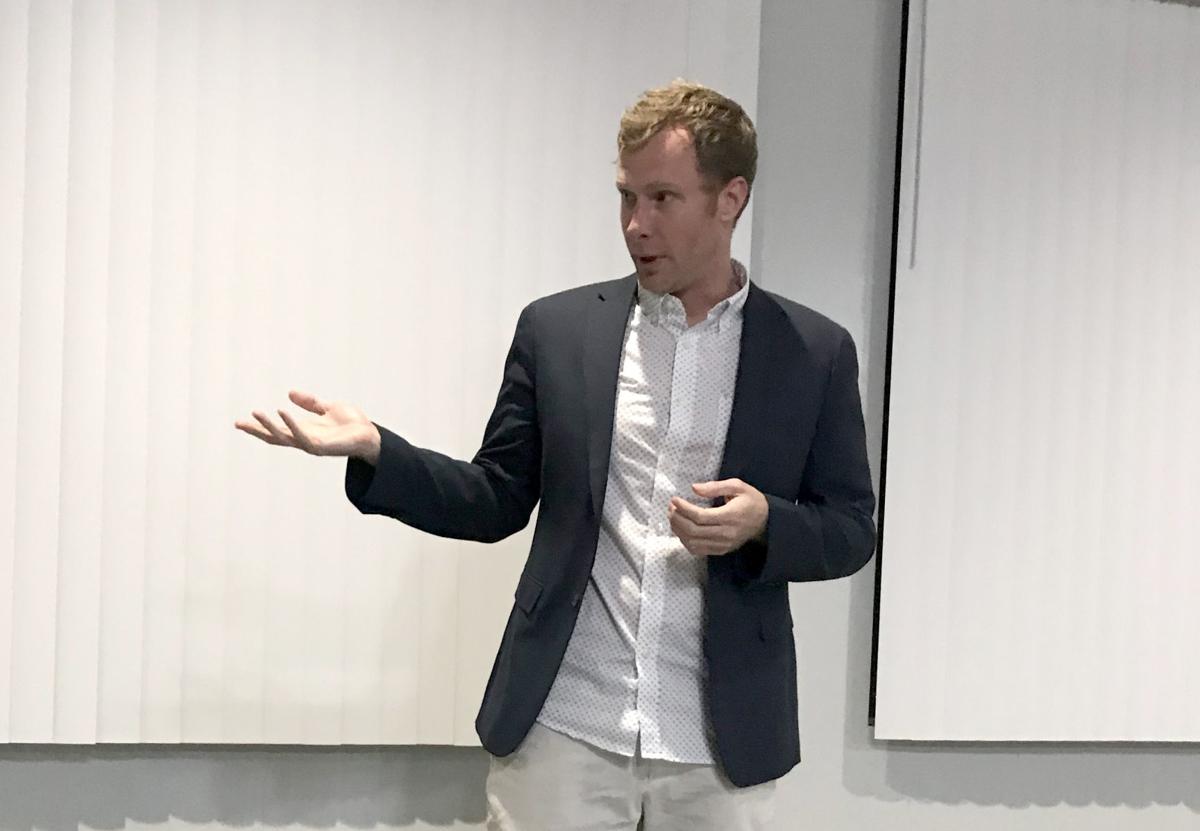 Officials in Rapids City are open to capitalizing on recreational cannabis sales, but before moving forward the council sought community feedback during a committee meeting Wednesday night.

In order for a licensed dispensary to open in the village, the zoning and taxing structure must first be in place, preferably in December, in order to allow cannabis sales which will start next year in Illinois.

Just over a dozen residents attended the hour and a half meeting, which Village President Harold Mire Jr. called in order to get input from citizens on whether the village should pursue opportunities to bring a retail dispensary to the village. As a border town with Iowa and adjacent to Interstate 80, the village could be a stand-out community for a coveted license in the emerging industry.

Also in attendance was Cory Waggoner, CEO of Higher Yields Cannabis Business Consultants based in Colorado. Waggoner, an Erie, Ill. native, started his career in the grow facilities business but has transitioned to the service side, such as public health, testing and compliance, ordinances, and tracking sales and inventory. He offered his insights into the industry and countered negative perceptions while detailing his experience working with communities to open recreational dispensaries. He used the city of Trinidad, CO as possible comparison of potential success of a border town – with a population of 8,000, the city brought in $1.5 million in tax revenues last year.

The trustees had the opportunity to state their positions, with Trustee Richard Robertson imploring attendees to look at the current research and not base decisions on fear or lack of knowledge. In his research, Robertson stated that in general, legalized sales don’t have a negative impact on crime, and cannabis is not a gateway drug, adding that those subject to addiction have social and environmental factors contributing to their drug use.“The law is here, how can we best benefit from that?” he asked.

In a personal aside, Richardson reflected on his late wife’s battle with cancer and how having legal cannabis available would’ve been a preferred medical option.

Trustee Greg Rankin noted that he was the only elected official at a recent seminar hosted by Waggoner, which helped him “change perception on a few things.” He said the market will be tightly regulated, with child-resistant packaging and labeled and tagged product, and zoning regulations to limit dispensaries from opening near schools, day care facilities, and churches.

Trustee Craig Schneider added that states with legalized sales, such as Oregon, have seen their property values go up. He stated his belief that cannabis can help people with mild mental illness, and compare its current prohibition to alcohol in the 1920s and 30s, with society eventually accepting its usage. “We can take control in a controlled atmosphere. Marijuana is already in the community.”

Trustee Rick Fiems said no matter which side you are advocating, you can find research to validate a point. He expressed concern about tax revenue projections, the black market, crime rate, and overall effects of cannabis on health and work habits while concluding that the current data is inconclusive. As a law enforcement professional for 30-plus years, Fiems called himself a “sheepdog” looking out for the citizens.

“Just because it’s legal doesn’t make it right. I think this is dangerous,” said Fiems.

Mire stated that the village has the right to set their own regulations, and the village has the control that can also be rescinded in the future. He continued that he has “mixed feelings” about allowing legal sales in the village, but the village’s current positive financial state and low property tax rate is at risk. He noted upcoming projects in the village - estimated to cost over one million dollars - including erosion control hazards on 17th Street Hill, dredging the boat launch site, and fixing the outdated public works building.

“We’re debt free but the cost of everything is going up. The bill’s going to come due and we’ve got capital projects to tackle,” he continued. “Tough decisions are coming.”

A few of the residents chimed in with their opinions, such as how to detect whether someone is driving under the influence; the projected vs. actual tax benefits of a dispensary; teen usage, can employers prohibit on or off the job consumption; and the effect of legal cannabis on homelessness and violent crimes in Colorado.

Officer T. Patterson of the Hampton/Rapids City Police Department said the black market is already in Rapids City, as evidenced by the seizure of a pound and a half of marijuana last week. He said DUI detection is possible with a 16-hour training through the Advanced Roadside Impaired Driving Enforcement course. Patterson is ARIDE certified, which he expects more departments will look into.

Waggoner stated that communities looking to capitalize need to be ready when legal sales kick off in January. He reviewed the “very competitive” licensing process, noting that the state will only be issuing 75 licenses, though businesses with current a current medical marijuana license may open up one more facility in their designated zone, which includes Rock Island, Mercer and Henry counties in this area. He also noted that an applicant having local approval and support from the village is key to a successful application, and dispensary applicants will look at the number of adults over 21 in a 15-mile radius in order to find a “stand-out” community.

If the board moves forward on a zoning ordinance, there would be a public hearing should a dispensary apply to open in the community. Currently, no applicant has directly expressed interest in bringing a dispensary to the village.

“I’m against the use of recreational marijuana, but it’s here should the village take advantage,” Mire said in closing. “It’s a difficult and divisive decision the board has to make, with not enough data and special interests on each side. This is not a win/win, but the citizens have placed their trust in us to make decisions.” He set a special meeting for November 19th at 6:30 p.m. for the trustees to vote on the issue, “one way or another.”

ROCK ISLAND – About half the questions posed at a public forum on recreational marijuana Tuesday had the same answer — that local officials, m…

COUNTDOWN TO LEGALIZATION: Smoking marijuana will still be prohibited for Illinoisans in public housing

ROCK ISLAND — It will be business as usual for Illinois public housing residents come Jan. 1.

ROCK ISLAND — It will be business as usual for public housing residents come Jan. 1.