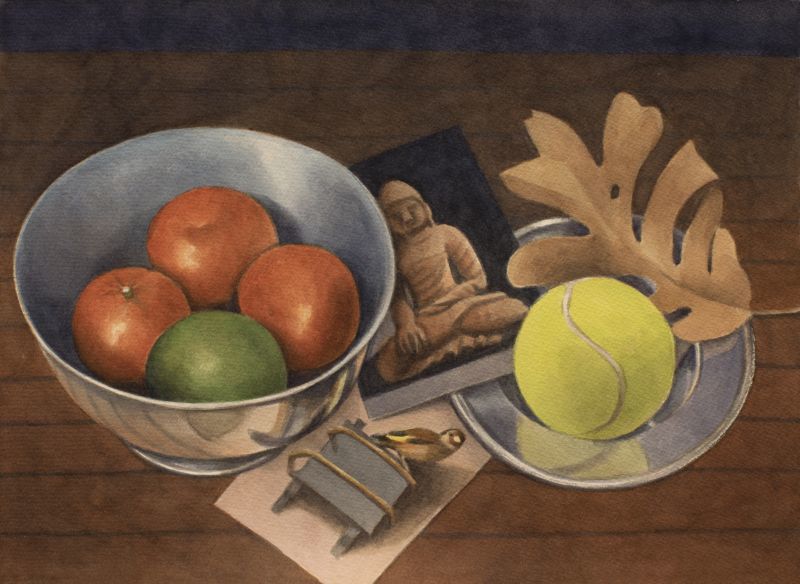 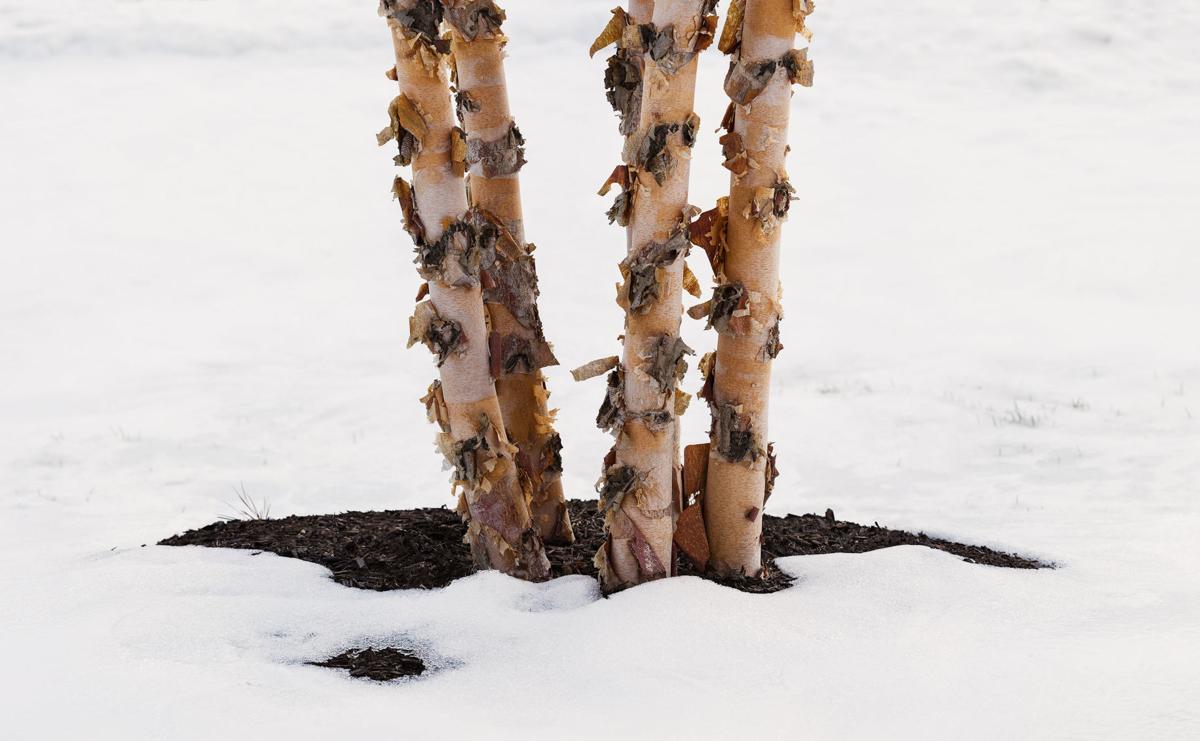 Villas at Crow Valley, a photo by Chris Rayburn from the series “Transplanted” at Quad City Arts, Rock Island.

Two familiar Quad-City names are exhibiting their artwork at the Quad City Arts gallery, 1715 2nd Ave., and are expected at a free artist reception from 7-9 p.m., Friday, Dec. 13.

Chris Rayburn, president of the Quad City Arts board, is displaying his photographs, and Tim Schiffer, former executive director of the Figge Art Museum, is showing his watercolor paintings, along with

Schiffer, of Iowa City, retired July 31, 2019, after seven years as leader of the Figge in downtown Davenport. His watercolors combine fallen leaves with objects and images from art history.

“The leaves seem to imply that even with time and loss of vibrancy, we still want to hold on to objects that remind us of magnificence,” according to an exhibit release.

Michelle Hargrave succeeded Schiffer earlier this month at the Figge, after serving as deputy director of the New Britain Museum of American Art in Connecticut.

Rayburn, of Davenport, formerly CEO of the local ready-mix concrete company W.G. Block, is a veteran photographer. In his exhibit, “Transplanted,” he exposes “the unnoticed details of ordinary places in order to enrich the act of looking,” according to the release. “He focuses his photography on trees in suburban environments."

On display Jan. 24, 2020, are giant glass goblets by John Miller of Champaign. Miller, who has worked with glass for over 20 years and focuses on blown sculpture, earned his MFA at the University of Illinois at Champaign-Urbana. He exhibits internationally, lectures and demonstrates nationally, and is an assistant professor and head of the glass department at Illinois State University. He will exhibit a selection of over-sized goblets from a recent series of collaborations with other accomplished glass artists.

Miller will give a a one-day glass-blowing demonstration and lecture from 9 a.m. to 3 p.m. Saturday at Hot Glass, Inc., 104 Western Ave., Davenport. Registration is required and admission costs $125, which includes lunch. His talk will cover the history of the studio glass movement from the beginning to latest trends. To register, call Hot Glass at 309-236-9223.

The Rock Island-based regional nonprofit also is advertising to fill two key positions — community arts director and media specialist, both expected to be part-time jobs and filled in February 2020.

The 25-to-30-hour per week community arts director will assist in the planning, coordination, and execution of Quad-City Arts’ Metro Arts Youth Apprenticeship Program and the Visiting Artist Series residency program.

This may include but is not limited to: scheduling outreach performances and workshops, coordinating art projects with community partners, securing funding for projects, and serving as an ambassador and representative of Quad City Arts — seeking out opportunities for new programming and finding ways to support the artistic community.

The former director, Tyson Danner, became the new River Music Experience executive director in April. Starting in September 2018, he was RME's interim executive through a partnership with Q-C Arts, where he was community arts director since 2016.

The new media specialist – also to average about 30 hours a week – will generate content for digital and print media, and manage social media accounts in Quad-City Arts’ administrative office. That person will be a part-time graphic designer, and will also oversee websites and social media for Q-C Arts and Festival of Trees.

Friday briefing: Big plans for The Bend, dream comes true for Nutcracker prince, and 1950s photos from our archives

Villas at Crow Valley, a photo by Chris Rayburn from the series “Transplanted” at Quad City Arts, Rock Island.