These headlines are in the news this morning: Crowds of mourners, protesters gather in Minnesota after the family of 20-year-old man says he was shot, killed by police; an unusual treatment shows promise for kids with brain tumors; and Japan finally has its Masters champion.

BROOKLYN CENTER, Minn. (AP) — Crowds of mourners and protesters gathered in a Minnesota city where the family of a 20-year-old man say he was shot by police before getting back into his car and driving away, then crashing several blocks away. The family of Daunte Wright said he was later pronounced dead.

The death sparked protests in Brooklyn Center into the early hours of Monday morning as Minneapolis was already on edge and midway through the trial of the first of four police officers in George Floyd’s death. Brooklyn Center is a city of about 30,000 people located on the northwest border of Minneapolis.

Minnesota Gov. Tim Walz tweeted he was praying for Wright's family “as our state mourns another life of a Black man taken by law enforcement.” Read more:

For decades, a deadly type of childhood cancer has eluded science’s best tools. Now doctors have made progress with an unusual treatment: Dripping millions of copies of a virus directly into kids’ brains to infect their tumors and spur an immune system attack.

A dozen children treated this way lived more than twice as long as similar patients have in the past, doctors reported Saturday at an American Association for Cancer Research conference and in the New England Journal of Medicine.

Although most of them eventually died of their disease, a few are alive and well several years after treatment -- something virtually unheard of in this situation. Read more:

Japan's champion: Matsuyama wins the Masters for his nation

AUGUSTA, Ga. (AP) — Hideki Matsuyama almost turned down his first chance to play the Masters. It was a month after a devastating earthquake and tsunami in Japan, disasters that killed thousands and destroyed much of the region he called home in March 2011.

He decided to play a month later, only because he thought it would lift spirits.

A decade later, he lifted his country again — becoming Japan’s first man to win a golf major. Matsuyama’s one-shot victory over Will Zalatoris at Augusta National made him the Masters champion, easily the biggest moment for the sport in his golf-crazed homeland. Read more:

Japan's champion: Matsuyama wins the Masters for his nation

Fed's Powell sees US boom ahead, with COVID still a risk

Expert: Chauvin did not take actions of 'reasonable officer'

CEOs gather to speak out against voting law changes

IMAGE OF THE DAY

Week in review: Top photos of the week from AP

In 1945, President Franklin D. Roosevelt died at age 63, and more events that happened on this day in history.

In 1987, Larry Mize hits a 48-foot chip shot to defeat Greg Norman on the second hole of sudden death at the Masters. See more sports moments …

Bill and Melinda Gates announced Monday that they are divorcing. The Microsoft co-founder and his wife said they would continue to work together at the Bill & Melinda Gates Foundation.

Boat capsizes off San Diego coast, Apple app goes on trial, and ex-NASCAR driver dies at 42. Plus, severe weather in parts of US. Get caught up.

Why the US may not reach herd immunity from COVID-19; plus more virus updates

Health experts are increasingly doubtful that the United States will reach herd immunity from COVID-19. Here's why.

A cybersecurity attack forced a U.S. company that operates a major energy pipeline to temporarily halt all pipeline operations.

A federal grand jury has indicted the four former Minneapolis police officers involved in George Floyd's arrest and death, accusing them of violating his constitutional rights.

The owner of a California bar was arrested on suspicion of selling made-to-order fake COVID-19 vaccination cards to several undercover state agents.

Facebook's quasi-independent Oversight Board voted to uphold his ban from the platform after his account was suspended four months ago for inciting violence that led to the deadly Jan. 6 Capitol riot.

Restrictions easing in US and Europe amid disaster in India; plus more virus news

Pandemic-weary travelers are returning to the skies in the United States as the vaccine rollout is sending new cases and deaths tumbling in more affluent countries. Here's the latest.

Men jump on police vehicles near the site of a shooting involving a police officer, Sunday, April 11, 2021, in Brooklyn Center, Minn. 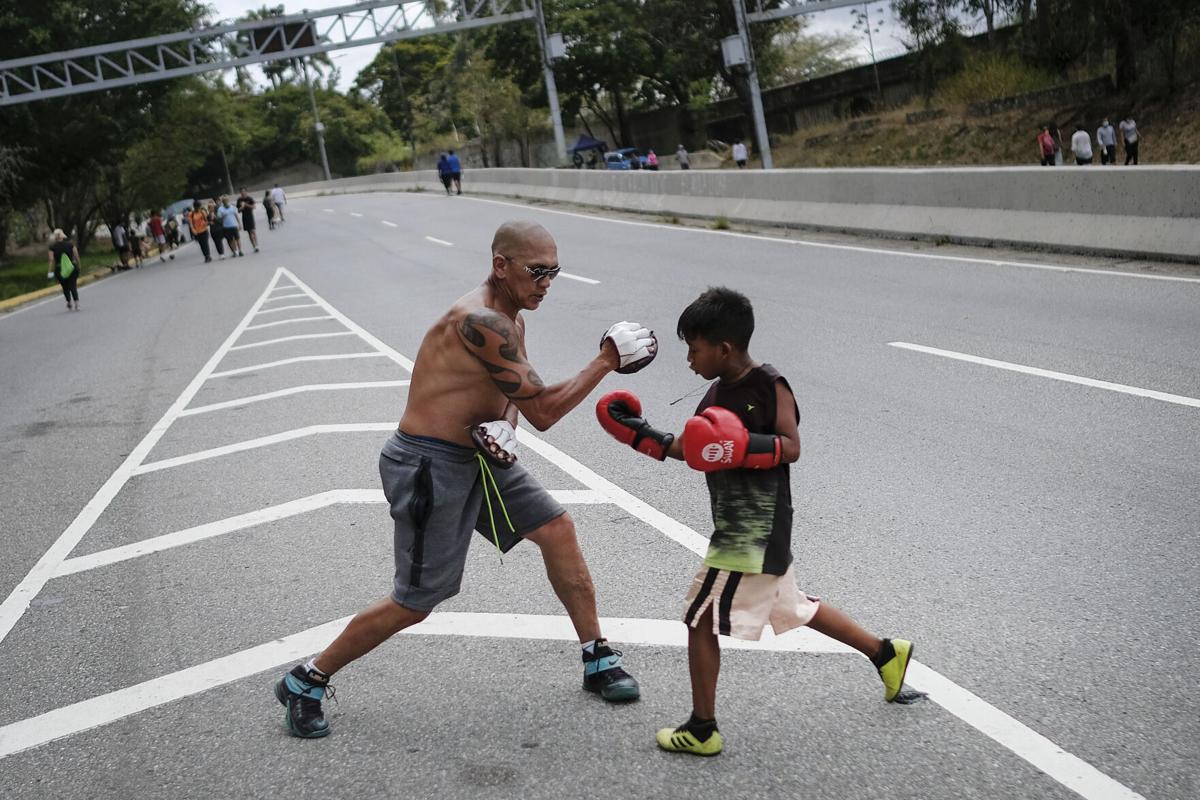 A young boxer trains with his coach on Boyaca Avenue in Caracas, Venezuela, Sunday, April 11, 2021, amid the new coronavirus pandemic. 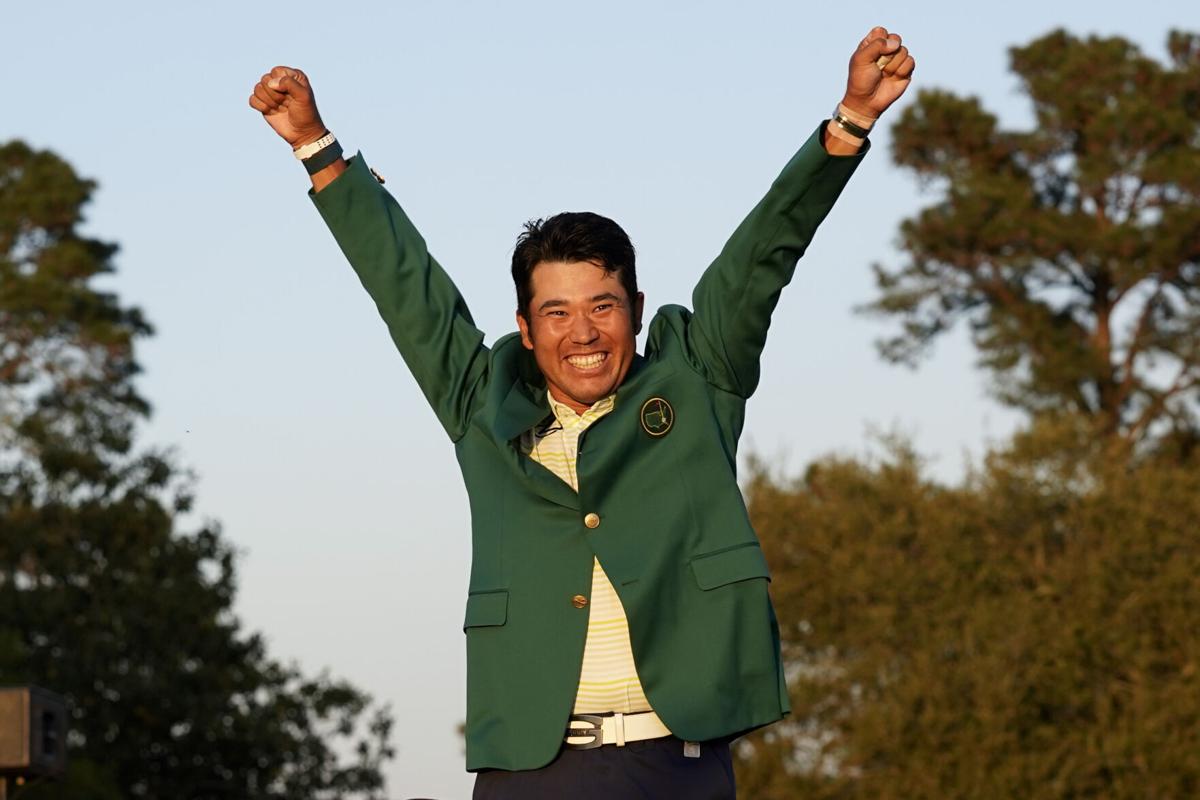 Hideki Matsuyama, of Japan, celebrates after putting on the champion's green jacket after winning the Masters golf tournament on Sunday, April 11, 2021, in Augusta, Ga.