These headlines are in the news this morning: Deadly winter storm pummels much of US, leaving many without power; Pelosi announces 9/11-style commission to investigate Capitol riot; and Mardi Gras will be muted today.

A winter storm that has pummeled much of the United States will move through the Northeast on Tuesday, leaving a trail of destruction across some states unaccustomed to such harsh weather.

The low-pressure system has had a deadly impact: At least 15 people have died in weather-related vehicle accidents since the cold temperatures set in. In Oklahoma alone, 123 people were in the hospital Monday with weather-related injuries.

At least three people were killed after a tornado tore through a seaside town in North Carolina as millions of people in Texas remained in the dark early Tuesday amid subfreezing temperatures.

As snow blankets typically temperate states like Texas and Oklahoma and power outages cause misery in Louisiana, about 200 million people remain under some sort of weather-related alert. Read more:

Tens of millions of Americans face another round of winter weather

Officials: 2 dead in Texas as subfreezing cold sweeps US

WASHINGTON (AP) — House Speaker Nancy Pelosi said Monday that Congress will establish an independent, Sept. 11-style commission to look into the deadly insurrection that took place at the U.S. Capitol.

Pelosi said the commission will “investigate and report on the facts and causes relating to the January 6, 2021, domestic terrorist attack upon the United States Capitol Complex … and relating to the interference with the peaceful transfer of power." Read more:

NEW ORLEANS (AP) — Coronavirus-related limits on access to Bourbon Street, shuttered bars and frigid weather all were expected to prevent what the city usually craves at the end of Mardi Gras season — streets and businesses jam-packed with revelers.

Parades and parties on Mardi Gras (Fat Tuesday) and the days leading up to the annual pre-Lenten bash usually draw more than a million people to the streets.

But parades were canceled and Mayor LaToya Cantrell recently ordered bars closed. Even bars that had been allowed to operate as restaurants with “conditional” food permits were shuttered for five days that began Friday. Take-out drinks in “go-cups” also are forbidden — no more strolling the French Quarter with a drink in hand. Read more:

Bus drives off bridge into canal in central India; 40 dead

Johnny Pacheco, an idol in world of salsa, dies at age 85

Image of the day

Top pics from the weekend: Trump impeachment and more

In 1959, Fidel Castro became premier of Cuba a month and a-half after the overthrow of Fulgencio Batista, and more events that happened on thi…

In 1970, Joe Frazier retains his world heavyweight title with a fifth-round knockout of Jimmy Ellis. See more sports moments from this day in …

Tiger Woods was seriously injured Tuesday when his SUV rolled over and ended up on its side. The golf superstar had to be extricated, and his agent said he was undergoing leg surgery.

This week's storms and cold — with more still predicted for the east and south — fit a pattern of worsening extremes seen in recent years. Have we done enough to prepare for more dangerous weather more often?

The CDC found that wearing two masks provided more protection than one. Here is a look at the CDC’s advice and some tips on how to mask properly.

In a significant defeat for former President Donald Trump, the Supreme Court is declining to step in to halt the turnover of his tax records to a New York state prosecutor.

Life expectancy in the United States dropped a staggering one year during 2020 as coronavirus claimed more American lives than the greatest war. Blacks and Hispanics suffered the worst death rates, researchers say, but also people with cancer, heart disease and other conditions.

Agony of post-COVID-19 loss of smell can run deep for some. Get today's virus developments.

What happens when COVID-19 causes a person to lose their sense of smell? Food tastes like cardboard. Depression and cognitive issues can result. The latest developments.

How do we know the COVID-19 vaccines are safe? And other answers to your vaccine questions.

A closer look at the continuing efforts to monitor the safety of the COVID-19 vaccines. Plus, a roundup of today's virus developments and latest numbers.

Get the latest updates from the winter storm that continues to grip much of the US. Plus, photos and video from impacted regions across the country. 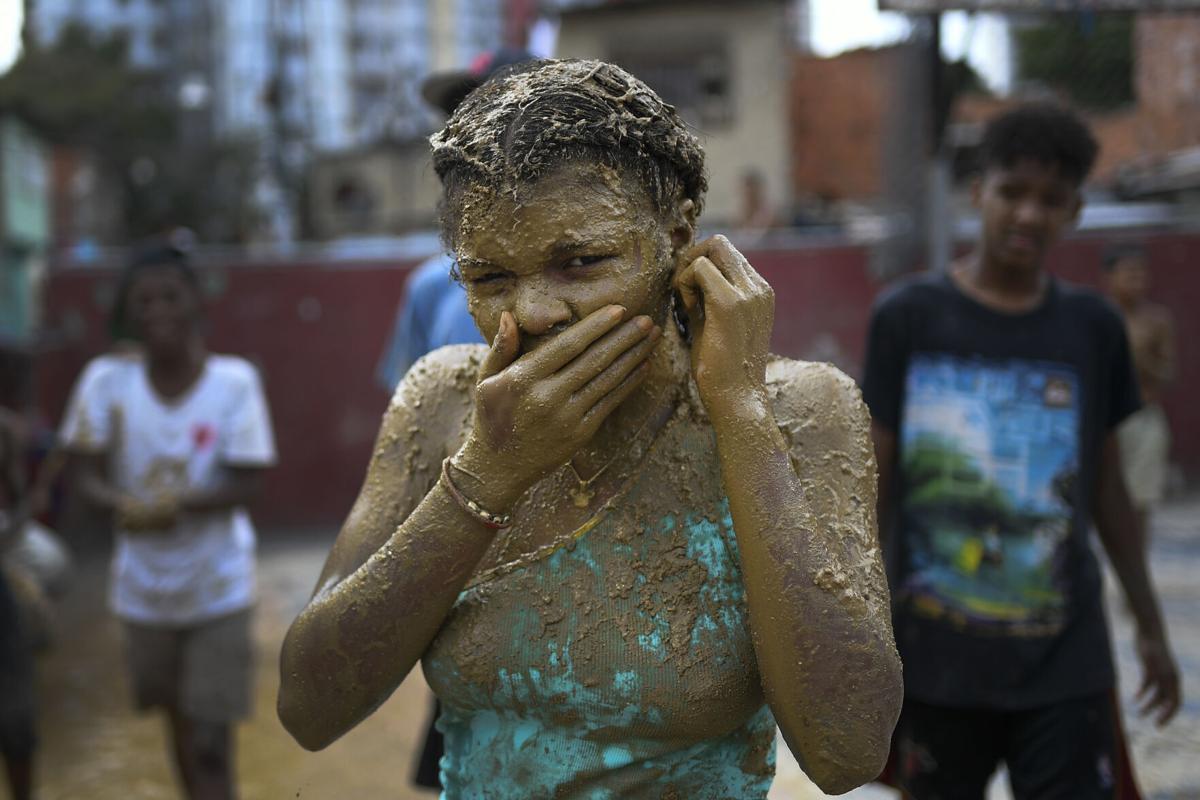 A girl wipes mud off her face during carnival in the Pinto Salinas neighborhood of Caracas, Venezuela, Monday, Feb. 15, 2021, amid the new coronavirus pandemic. 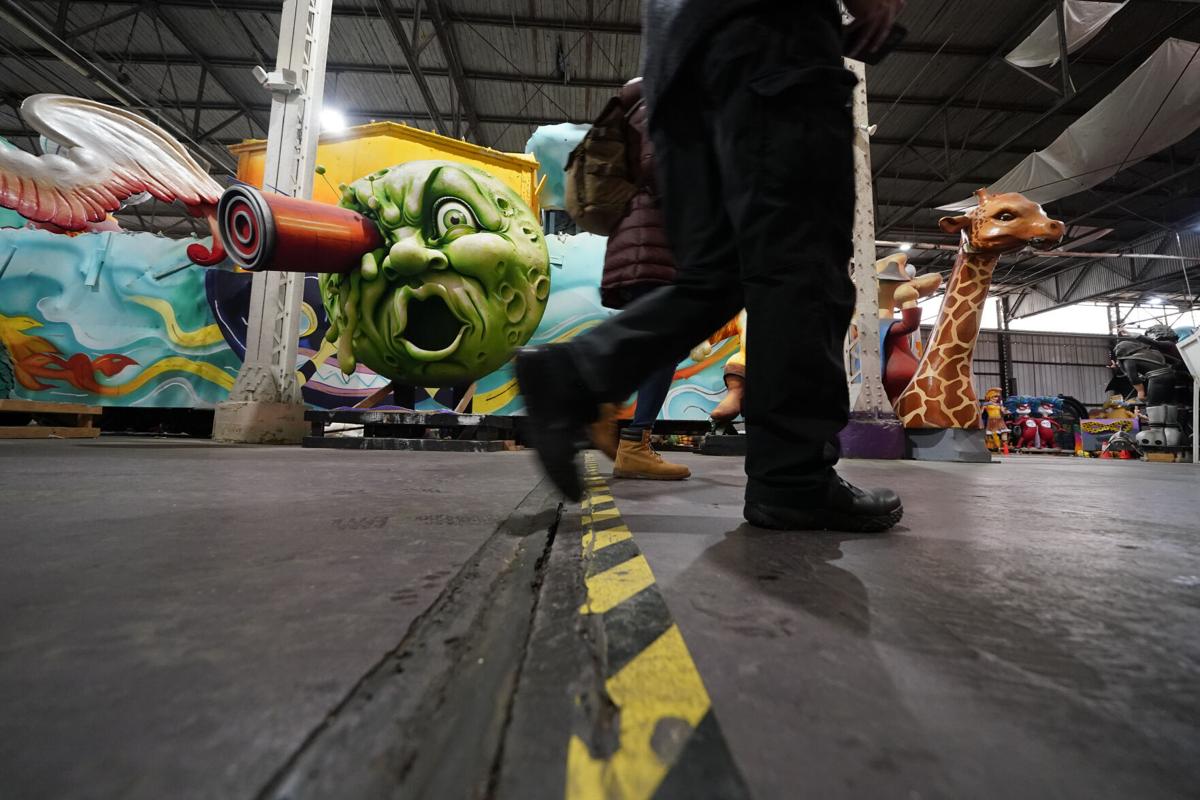 People walk past parts of Mardi Gras floats past and present, at Mardi Gras World, where Kern Studios creates and stores some of their floats, in New Orleans, Friday, Feb. 12, 2021. 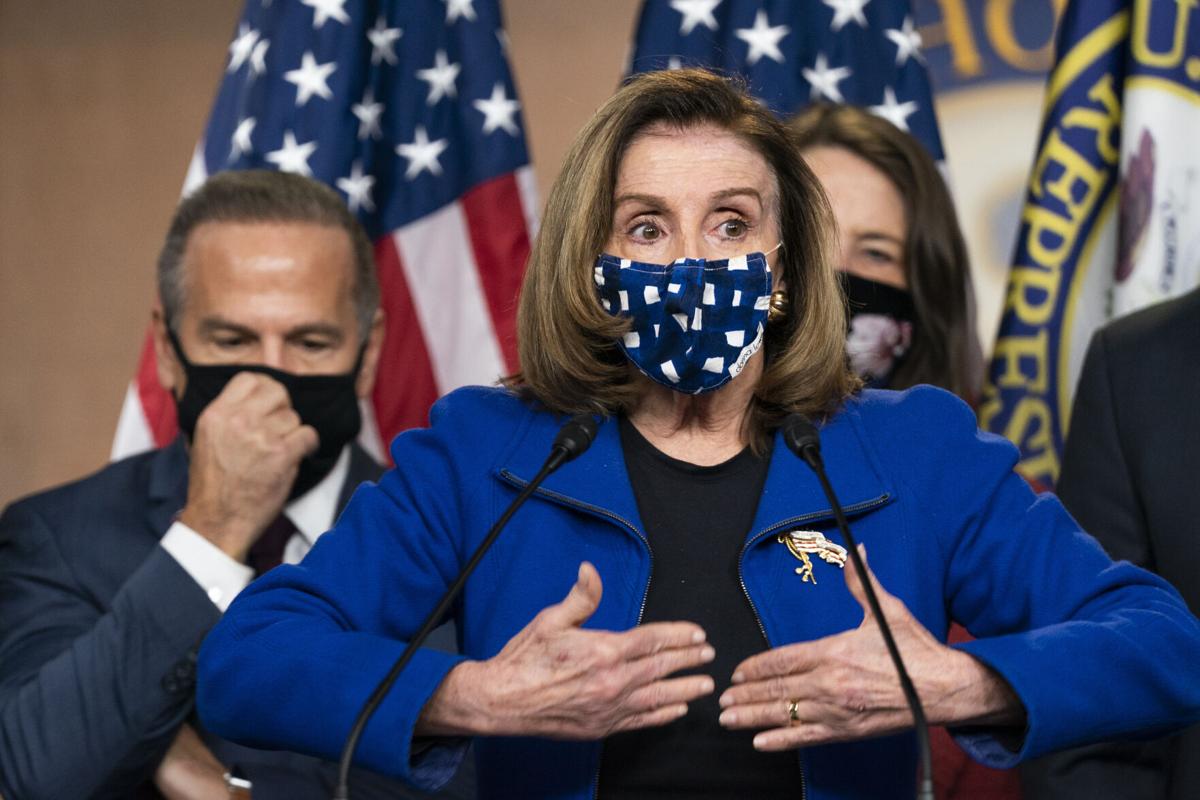 House Speaker Nancy Pelosi of Calif., speaks to members of the media during a news conference on Capitol Hill in Washington, on Saturday, Feb. 13, 2021.