These headlines are in the news this morning: Train partially derails in Taiwan, killing 48 and injuring dozens; Biden deputizes 'jobs Cabinet' as Republicans vow not to cooperate with infrastructure effort; Christians mark Good Friday around world.

TAIPEI, Taiwan (AP) — A train partially derailed in eastern Taiwan on Friday after colliding with an unmanned vehicle that had rolled down a hill, killing 48 people. With the train still partly in a tunnel, survivors climbed out of windows and walked along the train's roof to reach safety after the country's deadliest railway disaster.

The crash occurred near the Toroko Gorge scenic area on the first day of a long holiday weekend when many people were hopping trains on Taiwan's extensive rail system. The train had been carrying more than 400 people.  Read more:

WASHINGTON (AP) — President Joe Biden is setting about convincing America it needs his $2.3 trillion infrastructure plan, deputizing a five-member “jobs Cabinet” to help in the effort. But the enormity of his task is clear after Senate Minority Leader Mitch McConnell's vowed to oppose the plan “every step of the way.”

Speaking in Kentucky on Thursday, McConnell said he personally likes Biden and they’ve been friends a long time. But the president will get no cooperation from the GOP, which objects to the corporate tax increases in the plan and says they would hurt America's ability to compete in a global economy.

“We have some big philosophical differences, and that’s going to make it more and more difficult for us to reach bipartisan agreements," the Republican leader said. Read more:

JERUSALEM (AP) — Christians in the Holy Land are marking Good Friday this year amid signs the coronavirus crisis is winding down, with religious sites open to limited numbers of faithful but none of the mass pilgrimages usually seen in the Holy Week leading up to Easter.

The virus is still raging in the Philippines, France, Brazil and other predominantly Christian countries, where worshippers are marking a second annual Holy Week under various movement restrictions amid outbreaks fanned by more contagious strains. Read more:

Man charged with 4 counts of murder in California shooting

Pelosi: Remove Rep. Gaetz from committee if claims are true

IMAGE OF THE DAY

President Woodrow Wilson asked Congress to declare war against Germany, saying, “The world must be made safe for democracy,” and more events t…

Watch now: What if mosquitoes could spread vaccines?

Watch now: What if mosquitoes could spread vaccines?

Nearly half of new US virus infections are in just 5 states. Should they get vaccine priority?

Some want officials to target vaccine supplies to five hotspots where 197,000 people have tested positive in the past week. Plus, Texas says no to vaccine passports, while California joins states lifting pandemic restrictions. Get all the latest.

Tiger Woods was speeding when he crashed an SUV in California less than two months ago, leaving the golf superstar seriously injured, authorities said.

The gunman who killed five people including a prominent doctor in South Carolina was former NFL player Phillip Adams, who killed himself early Thursday, according to a source who was briefed on the investigation.

President Joe Biden announced a half-dozen executive actions Thursday aimed at addressing gun violence across the nation that he called an “epidemic and an international embarrassment."

DMX, the raspy-voiced hip-hop artist who rapped with a trademark delivery that was often paired with growls, barks and “What!” as an ad-lib, has died. He was 50.

The finding reflects a nation locked in debate over the safety of reopening schools. Plus more updates from the drive to end the pandemic.

Your Monday headlines: Vigil set for rapper DMX; an Alabama Easter shooting kills 1, injures others; Stanford tops in women's hoops. Get caught up.

One person was killed and four people were wounded Thursday in a shooting at a cabinet-making business in Bryan, Texas, police said.

Woman with world's longest nails cuts them after nearly 30 years

The Texan who had the world's longest nails grown by a woman can finally open a door without fear after cutting them.

Why COVID-19 conspiracy theories persist, and how to prevent the next 'infodemic"

About 1 in 4 Americans still believe the pandemic was created intentionally. Read the story, then take our quiz to see if you can separate COVID-19 fact from social media fiction. 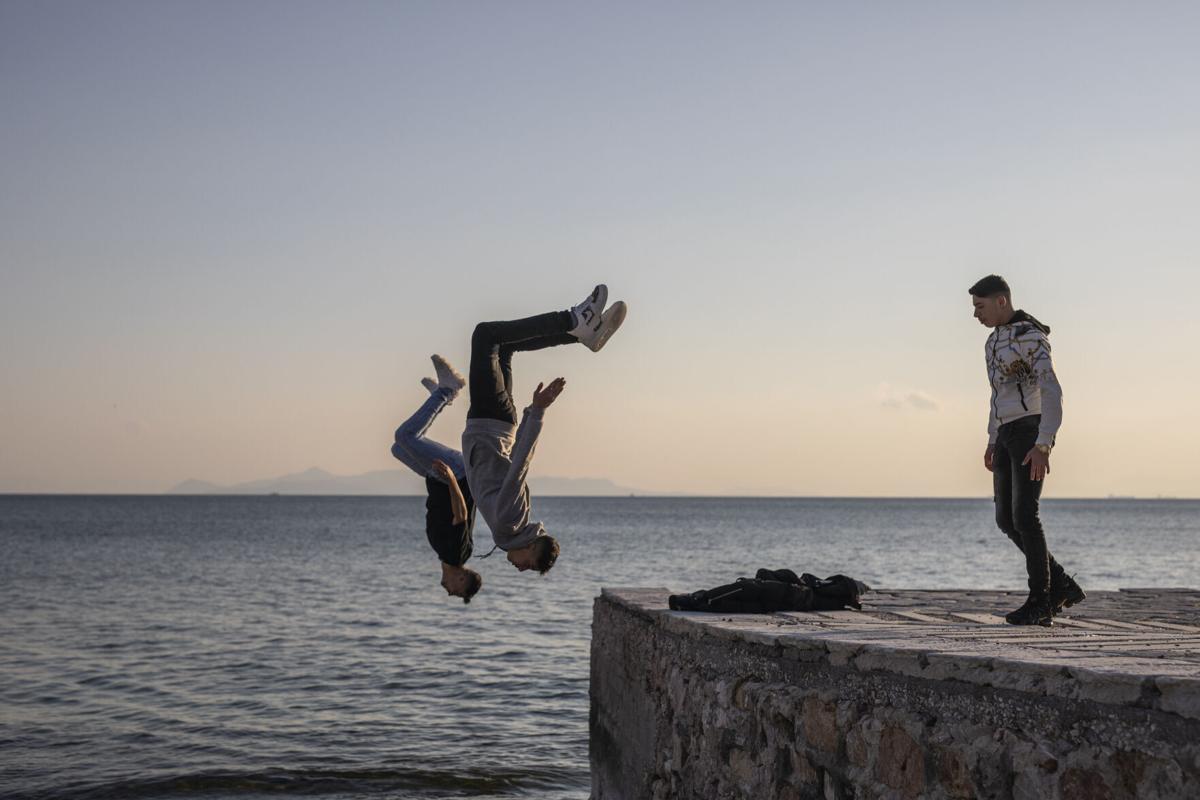 17-year-old Ahmed and 18 year-old Hassan from Syria perform a backflip as they play at the seaside of Alimos , suburb of Athens, on Thursday, April 1, 2021. 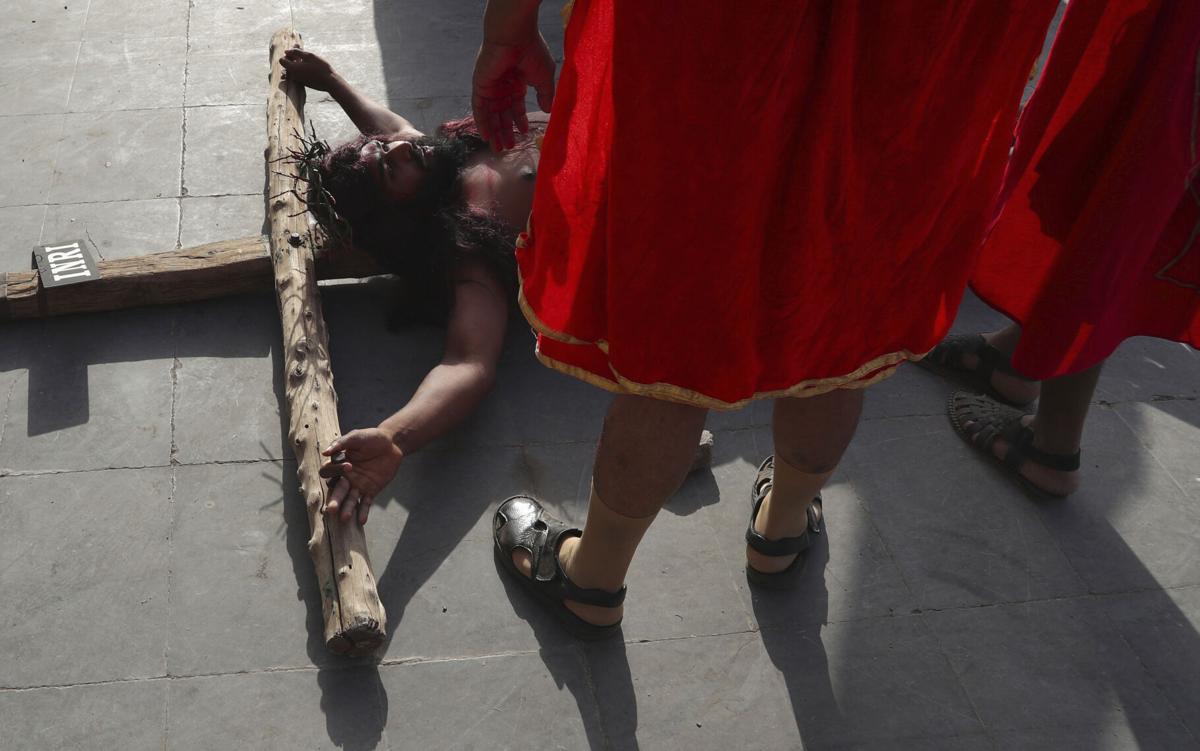 A Christian reenacts the crucifixion of Jesus Christ to mark Good Friday in Hyderabad, India, Friday, April 2, 2021. Christians all over the world attend mock crucifixions and passion plays that mark the day Jesus was crucified, known to Christians as Good Friday. 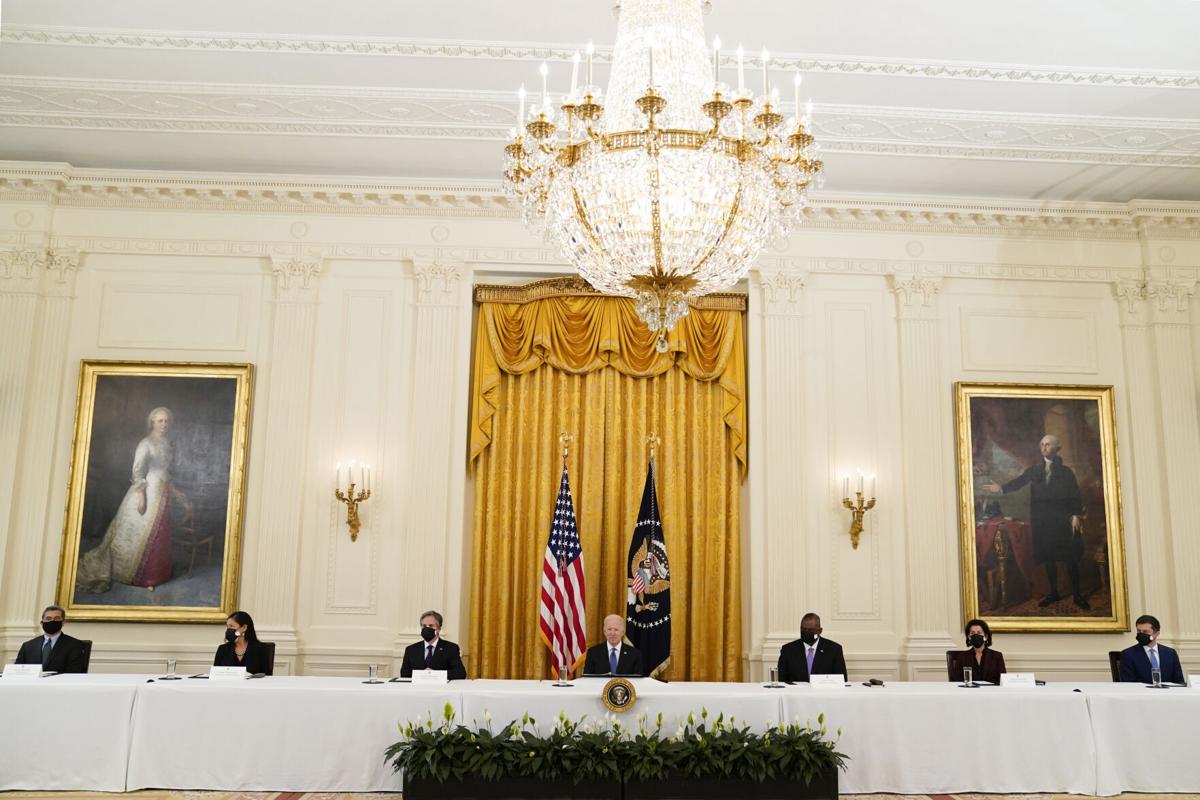 In this photo released by National Fire Agency, rescue workers are seen near the site of a partial train derailment in Toroko Gorge in Taiwan's eastern Hualien region, Friday, April 2, 2021. The train partially derailed along Taiwan's east coast Friday, injuring an unknown number of passengers and causing potential fatalities.