Third US vaccine could raise big question: Which shots are best?

4.2-magnitude earthquake rattles across Oklahoma and Kansas
View Comments
Share this
{{featured_button_text}}
1 of 2 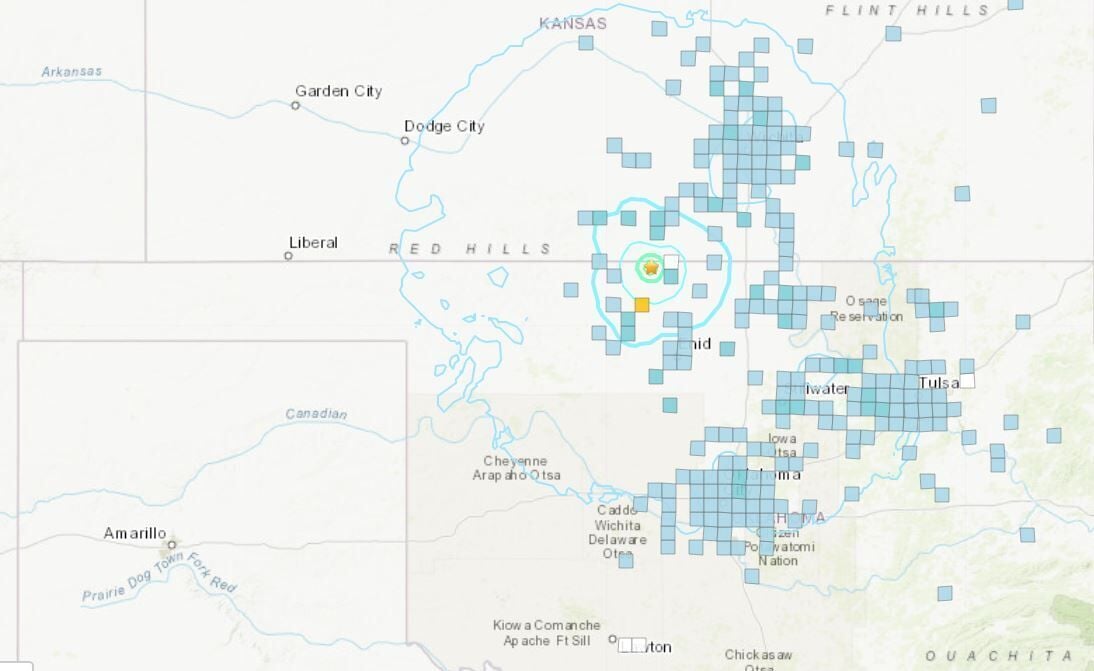 This map generated by the U.S. Geological Survey's Did You Feel It? resident-response data collection program indicates people across Oklahoma and Kansas reported feeling weak to moderate shaking from the 4.2 quake Friday morning. 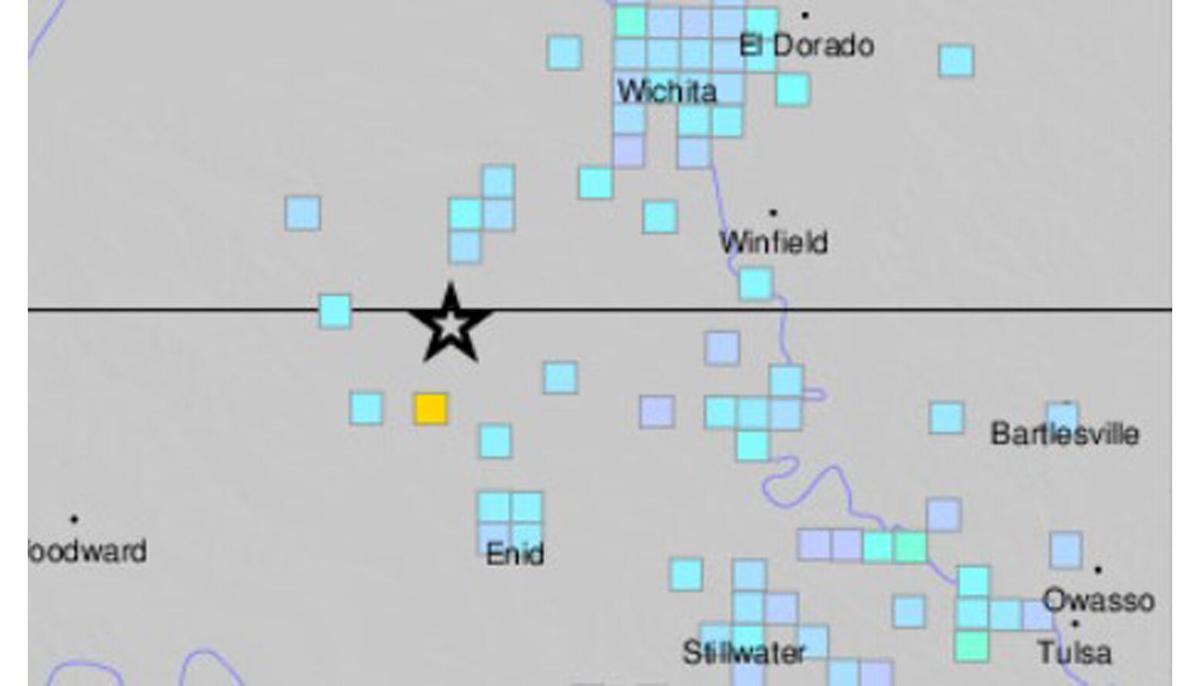 A 4.5 magnitude earthquake was recorded in Oklahoma near the Kansas border early Feb. 19, 2021.

It would seem as though Oklahoma finally took a mighty shiver as the state is set to exit several days of subfreezing temperatures.

Preliminary reports indicate the quake was about 4.35 miles deep and followed a 2.9-magnitude earthquake Thursday night southeast of Jefferson, about 40 miles away.

Most people who felt the Friday quake lived about 50-150 miles from its epicenter, according to the USGS's Did You Feel It? data collection program. Early data almost painted a triangle of residents reporting weak to moderate shaking in and between Tulsa, Oklahoma City and Salina, Kansas.

The quake measurement came close but stopped short of making itself comparable with Oklahoma's greatest recorded earthquakes. A 5.6 centered near Prague in 2011 holds the record.

The magnitude was initially measured at 4.8, which would have tied it for the fourth-largest recorded in the state along with three other previously recorded quakes — near Fairview in 2016 and Prague twice in 2011 — but it was later revised to 4.5 and eventually 4.2.

Tiger Woods was seriously injured Tuesday when his SUV rolled over and ended up on its side. The golf superstar had to be extricated, and his agent said he was undergoing leg surgery.

A former U.S. Olympics gymnastics coach with ties to Larry Nassar died by suicide Thursday after being charged with two dozen crimes, including forms of human trafficking.

Johnson and Johnson’s single-dose vaccine is poised for approval after U.S. regulators find it protects against COVID-19 and is safe. Get the latest.

The CDC found that wearing two masks provided more protection than one. Here is a look at the CDC’s advice and some tips on how to mask properly.

In a significant defeat for former President Donald Trump, the Supreme Court is declining to step in to halt the turnover of his tax records to a New York state prosecutor.

Virus update: A mass test of Pfizer’s COVID-19 vaccine in more than half a million people confirms that it’s very effective at preventing serious illness or death, even after one dose. Here's the latest.

A N.Y. prosecutor has obtained copies of Donald Trump's tax records after the Supreme Court rejected the former president's last-ditch effort to prevent them from being handed over.

Agony of post-COVID-19 loss of smell can run deep for some. Get today's virus developments.

What happens when COVID-19 causes a person to lose their sense of smell? Food tastes like cardboard. Depression and cognitive issues can result. The latest developments.

This map generated by the U.S. Geological Survey's Did You Feel It? resident-response data collection program indicates people across Oklahoma and Kansas reported feeling weak to moderate shaking from the 4.2 quake Friday morning.

A 4.5 magnitude earthquake was recorded in Oklahoma near the Kansas border early Feb. 19, 2021.