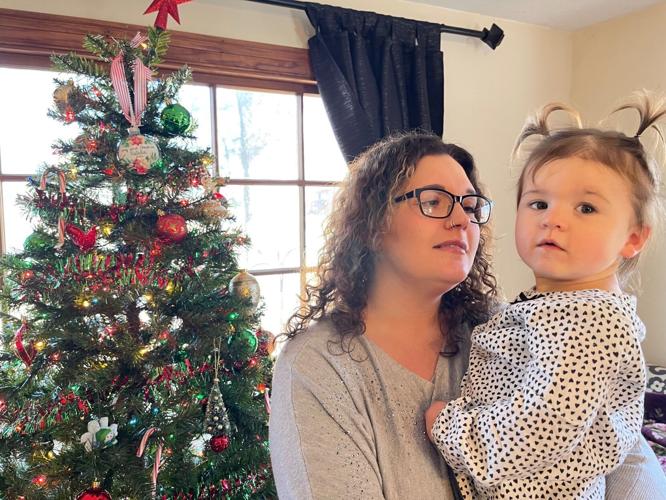 Ariel Bainter and daughter, Natalie, are hoping for a better Christmas this year. 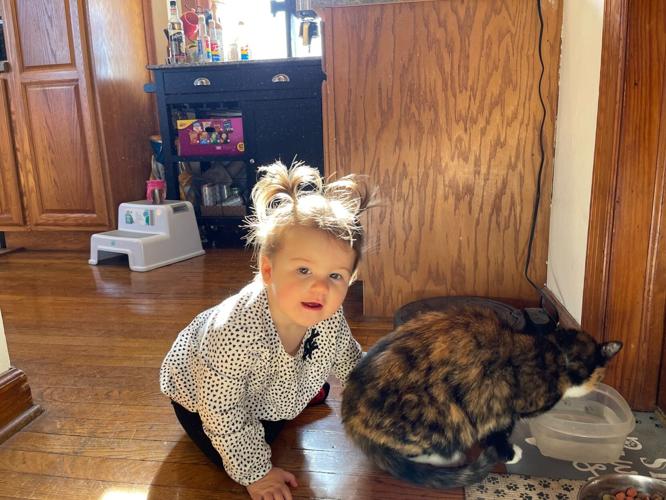 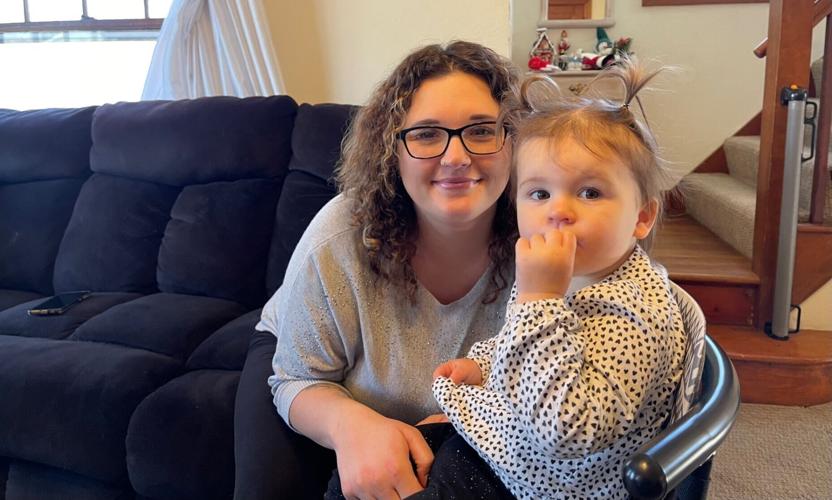 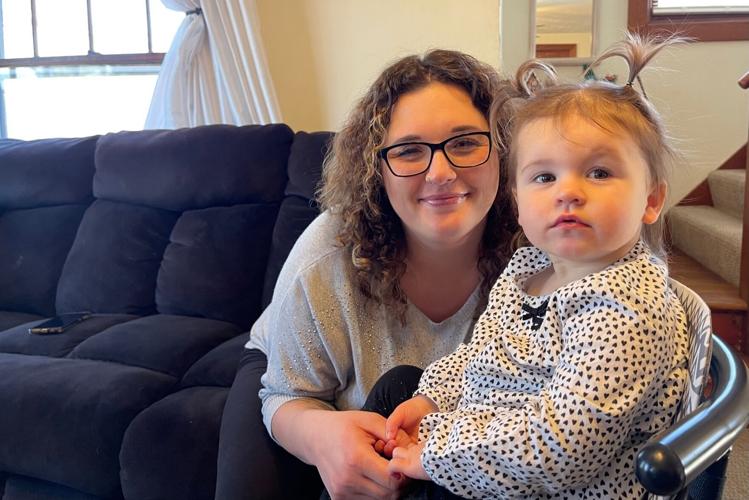 Ariel Bainter hope to give her daughter, Natalie, a better life. She has asked the Quad-City Times Wish List for new tires for her car, an extension ladder, a snow blower, a help with gas costs.

After a Christmas Eve marred by a shocking outburst of violence, the father of Bainter's child and her partner of seven years spent the next day in jail. There was no Christmas, no joy of exchanging gifts. Bainter's life was changing in ways she never anticipated.

She and her 2-year-old daughter, Natalie, live alone now. As another Christmas nears, terrible memories return. But Bainter, 29, is determined to finish her degree in elementary education and give Natalie what she calls "a good life."

She has been nominated for the Quad-City Times Wish List for new tires for her car, a toddler girl's snow suit, a ladder and gas gift cards.

"The assault was the first time he ever did anything like that," Bainter said of her ex. "The thing I remember is feeling horrible, because of what happened, and because he was sitting in a jail cell while he should have been with his daughter on Christmas Day."

"Not too much later, my grandmother died," she said. "There was a lot of trauma and, honestly, I'm still adjusting. I was a stay-at-home mom. We weren't married, but we had been together a long time, and Natalie was planned. I thought most of my life was planned."

She now has a new plan. She studies early elementary education through online classes, has started substitute teaching, and will begin a stint as a student teacher in January. She wants to build a better life with her daughter.

"Finances are the biggest challenge right now," Bainter said. "We've been floating along on my maxed-out student loans, but that is coming to an end. I worry about being able to provide for my daughter. That's why I was happy to learn about the Wish List.

Bainter said she still is learning about herself as she raises Natalie and finishes her studies.

"After what happened, I've learned that I'm not the same person. I'm still figuring out who I am," she said. "And I've learned you have to find a whole lot of strength you didn't know you had."

That strength, Bainter said, helps her understand the times when she feels alone.

"There are times when I get lonely," she said. "But I've really learned that it's not necessarily a bad lonely. I've learned that the loneliness is my healing time.

"I need the time to figure out how to get better, to heal from what we've been through. And Christmas this year; it's a little scary to think about what happened. But it's also a time to make this Christmas about me and Natalie."

Those who would like to donate to Quad-City Times Wish List may do so by sending a check to United Way Quad-Cities, 852 Middle Road, Suite 401, Bettendorf, IA, 52722, or by visiting unitedwayqc.org/wishlist.

Donations may be designated to a specific wish. However, once a wish is fulfilled, gifts will be used to grant remaining wishes.

A 27-year-old member of the Davenport-based street gang Savage Life Boys has been sentenced to more than 37 years in federal prison for gang activity that eventually led to the 2017 shooting death of a man at the Hotel Davenport.

'She'll just tell you her heart is broken:' Single mother asks for help with travel costs for daughter's medical appointments

Chelsea Mueting is balancing work, parenting and travel to Peoria and beyond after her daughter was diagnosed with heart failure in August.

D'Lua On the River will open before the new year at the former Bare Bones BBQ location on the Davenport riverfront.

Clinton VanFossen was found guilty after a hacker turned him in.

A Davenport North High basketball coach says three referees used racially derogatory language toward him and others at a recent game at Pleasant Valley.

A Davenport woman has been sentenced to 10 years in prison in connection with the death of her infant child in February of 2021.

A 7-year-old Texas girl has been found dead two days after being reported missing. A FedEx driver who made a delivery to her home shortly before she disappeared was arrested in her death. A  tip led authorities to the man.

Davenport Police have arrested a Clinton County woman in connection with an ongoing methamphetamine trafficking investigation.

Did you know your face is covered in tiny mites?

Apollo lifted out of Versailles' gardens for restoration

Apollo lifted out of Versailles' gardens for restoration

Tom Brady and Stephen Curry under investigation after FTX collapse

Tom Brady and Stephen Curry under investigation after FTX collapse

Why walruses are fed restaurant-quality seafood at zoo in Washington

Why walruses are fed restaurant-quality seafood at zoo in Washington

Ariel Bainter and daughter, Natalie, are hoping for a better Christmas this year.

Ariel Bainter hope to give her daughter, Natalie, a better life. She has asked the Quad-City Times Wish List for new tires for her car, an extension ladder, a snow blower, a help with gas costs.