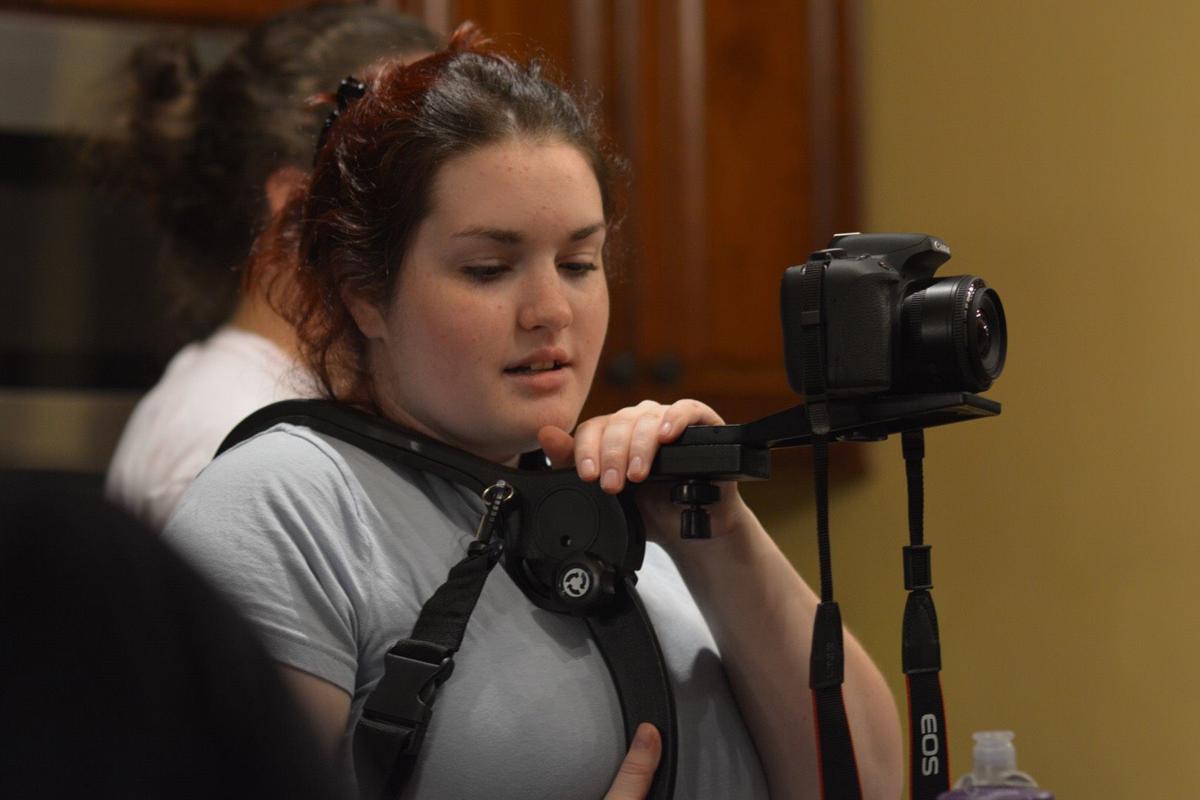 Moline's Elise Edens behind the camera. 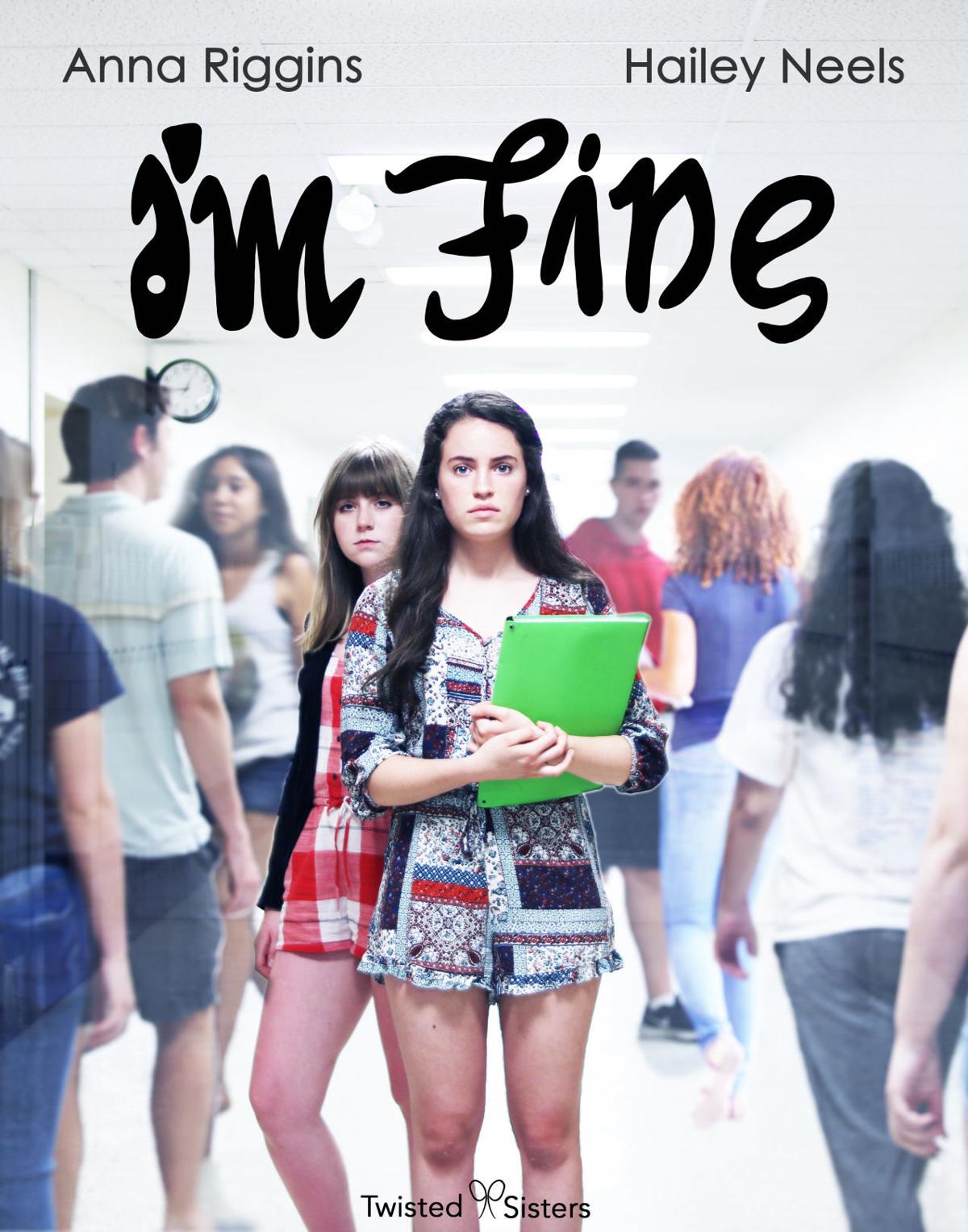 The promo poster for "I'm Fine."

The 40-minute movie is the semi-autobiographical story of its director, producer and co-writer, Elise Edens, a 23-year-old from Moline who graduated from the University of Tampa in Florida, majoring in history and minoring in film.

“This film is a personal journey that has become a public mission,” she said. “Mental health and depression touch me personally, and because of that experience, my goal is to lift the curtain from mental illness and reach people, to show them that they aren’t alone.”

The film, which was shot in June at Moline High School and other local spots, follows the struggle of Ava, played by Anna Riggins, a high-school junior who must overcome her depression being dismissed as “just a phase” by those around her.

She begins to heal when she realizes that speaking up and rising above any stigma attached to mental health is the only way to survive.

The film “really reflects what happened to me,” she said. “You write what you know.” The title comes from the answer Ava gives to people who ask how she is: “I’m fine.”

“You’re going through the motions, not really feeling anything,” Edens said. “In the film, her outlet is running; mine more is music. Sometime people have outlets.”

Edens didn’t seek treatment until later in life than Ava does. “The problem is, I didn’t get help as soon as I should have. I realized this isn’t something I could deal with myself. I started seeing a counselor, got some medication, and I continue to this day.”

“No one wants to be different, especially in high school, so trying to fit in while facing depression can be overwhelming,” said Edens, who teaches in the summer Urban Exposure film program for area youths, works as an editor at WQAD-TV and is a substitute teacher for the Moline-Coal Valley School District.

She founded Twisted Sisters Productions with her sister, Emily, 26. “We started doing our own films, and we have a very dark sense of humor,” Elise said, noting Emily is an actor and handled costumes for “I’m Fine.”

“Together, we come up with some pretty crazy ideas that to most people would be considered twisted in the head, hence our name,” Elise wrote on the production Facebook page, facebook.com/TwistedSistersPro.

Being involved in film has improved her self-confidence, she said.

“I definitely think it’s something I love; people tell me I’m good at it,” Edens said. “I’m able to tell stories that otherwise would not be told. Some people connect with music, art. Filmmaking is another one of those ways.”

She credited Jonathan Burnett and others from Urban Exposure for working as the crew for the film, which she plans to make available online in the near future.

“I want the film to let people know it’s OK to talk, have a conversation about it,” Edens said of depression and anxiety. “If you keep it all inside, it just makes it worse.”

Israel: Who is Naftali Bennett?

Israel: Who is Naftali Bennett?

Two Davenport men were arrested early Tuesday morning for stealing catalytic converters off of cars in a parking lot on Brady Street.

A man died Tuesday after he got stuck in a manure tank on Sievers Family Farm in Stockton, Iowa.

A Burlington, Iowa, man awaiting drug trials in both Louisa and Des Moines counties was arrested early Saturday by Davenport police after officers seized methamphetamine and an AKM firearm from him while investigating a domestic disturbance.

Alivia Beeding, the 15-year-old for whom Davenport Police have been searching, has been found safe, police said in a news release Tuesday.

Davenport police: 80 vehicles were atop parking ramp around the time of the shooting

More than 80 vehicles came and went from the Redstone parking ramp at River Drive and Main Street in Davenport early Sunday around the time dozens of shots were fired from the fourth floor.

Grace Lynn Keller, 22, of Island Lake, Illinois, was crowned Miss Iowa 2021 to wrap up the competition held this weekend at the Adler Theatre in Davenport.

'Known for living on the edge': Peorian remembered after fatal accident on Illinois River

From minibikes to watercraft, Rex Monroe loved engines and speed.

Moline's Elise Edens behind the camera.

The promo poster for "I'm Fine."