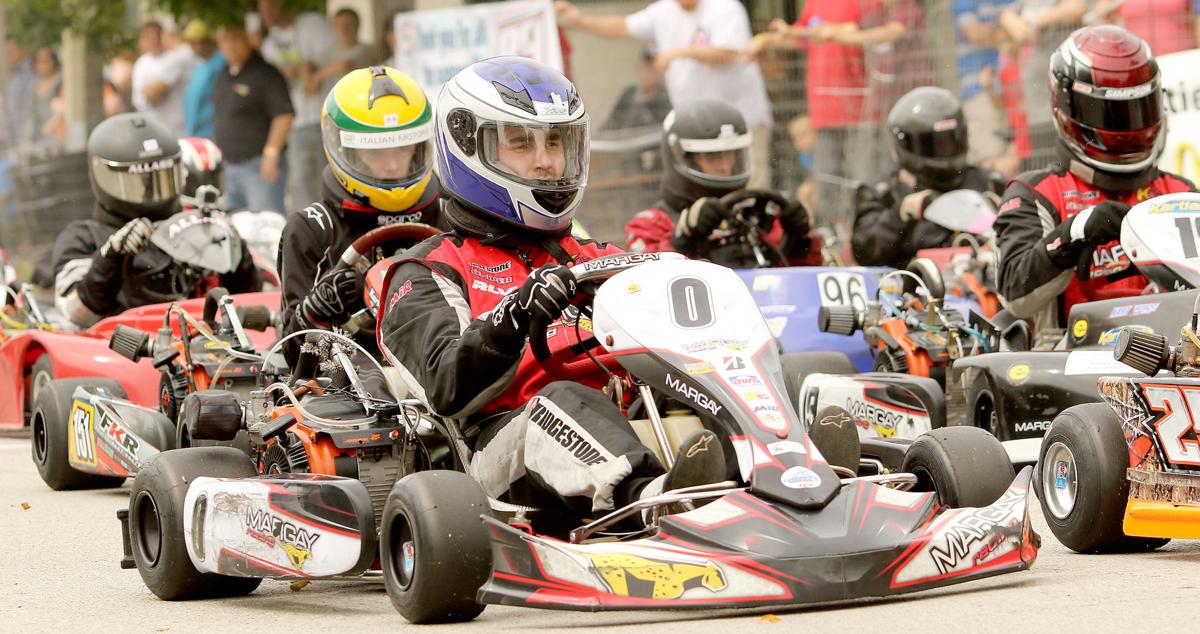 FILE: Jeremy Reinick (0) pulls even with the rest of the karts during the start of the LO206 Medium kart race during the Rock Island Grand Prix.

With the uncertainty of when the state will reach Phase 5 of Restore Illinois, and with a commitment to the health and safety of the racers, volunteers, staff and spectators, organizers of Xtream Rock Island Grand Prix say this year’s Labor Day weekend event will not be held.

Planning has already begun for 2021, according to a news release issued by organizers.

After surveying racers across the country, it was found that only about 25 percent of the kart tracks are open and racing. Fifty percent of the racers said they were committed to racing at Rock Island while most others were taking a wait-and-see approach.

The event annually involves hundreds of race teams from across the country and thousands of spectators. Race organizers also rely on high school groups to help with track construction in exchange for a donation to the group, yet there is no guarantee school will be in session in the fall or that group sponsors or parents will want these crews working.

In addition, many of the race’s sponsors have suffered from being closed.

The state’s social distancing requirements also mean it would be difficult to distance competitors in the pits and impossible to ban spectators from public sidewalks. It is also unlikely that there would be enough seating in bars and restaurants to accommodate the many out-of-town guests and there would be no nightly outdoor entertainment, organizers said.

“In the end, we simply felt that there were too many obstacles to hold the races this year,” said Roger Ruthhart, race president.

The Grand Prix is the biggest weekend event of the year in Rock Island and race organizers were planning to expand the offerings even more in 2020.

Teams at Rock Island last year represented Illinois, Iowa, Minnesota, Michigan, New York, Ohio, Pennsylvania, New Hampshire, Missouri, Massachusetts, Indiana, Alabama, Florida, North Carolina, Texas, Kansas, Tennessee, Maryland and Arizona as well as Canada and Bermuda. Rock Island is licensed through the United States Auto Club (USAC) and is on the ACCUS calendar so that drivers from any country can compete. There have been drivers from 8 foreign countries and 13 foreign winners.

Thursday briefing: Q-C COVID-19 cases on the rise, community center in Rock Island coming back to life, and no kart races this year

We're looking at a very summer-like day. Here are the weather details from the National Weather Service.

FILE: Jeremy Reinick (0) pulls even with the rest of the karts during the start of the LO206 Medium kart race during the Rock Island Grand Prix.