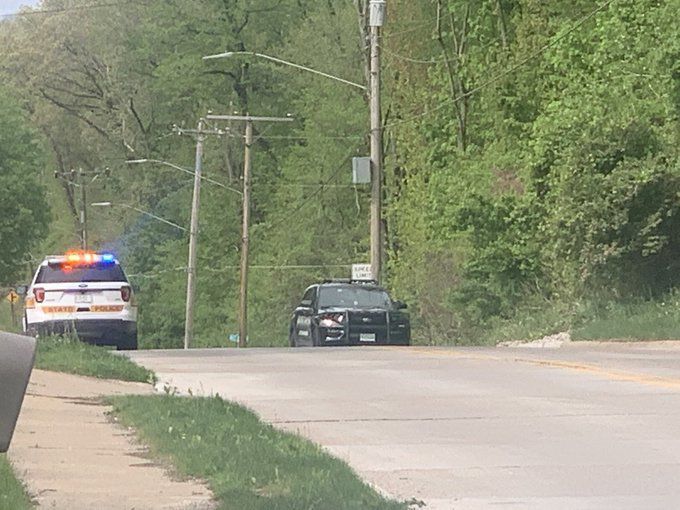 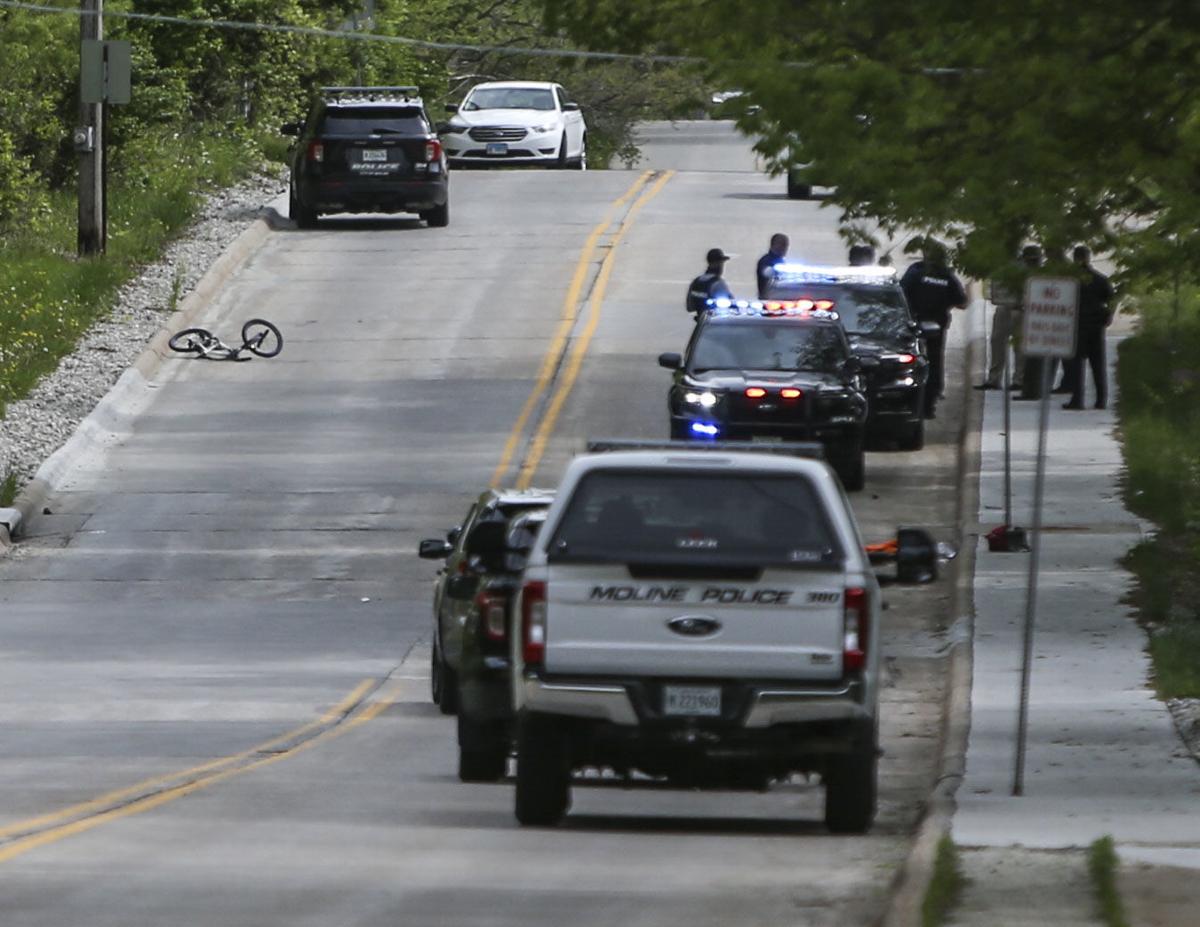 A 13-year-old boy was struck and killed while riding his bike on 34th Street in Moline on Tuesday. The identity of the Moline Police officer who hit the boy was released Friday. 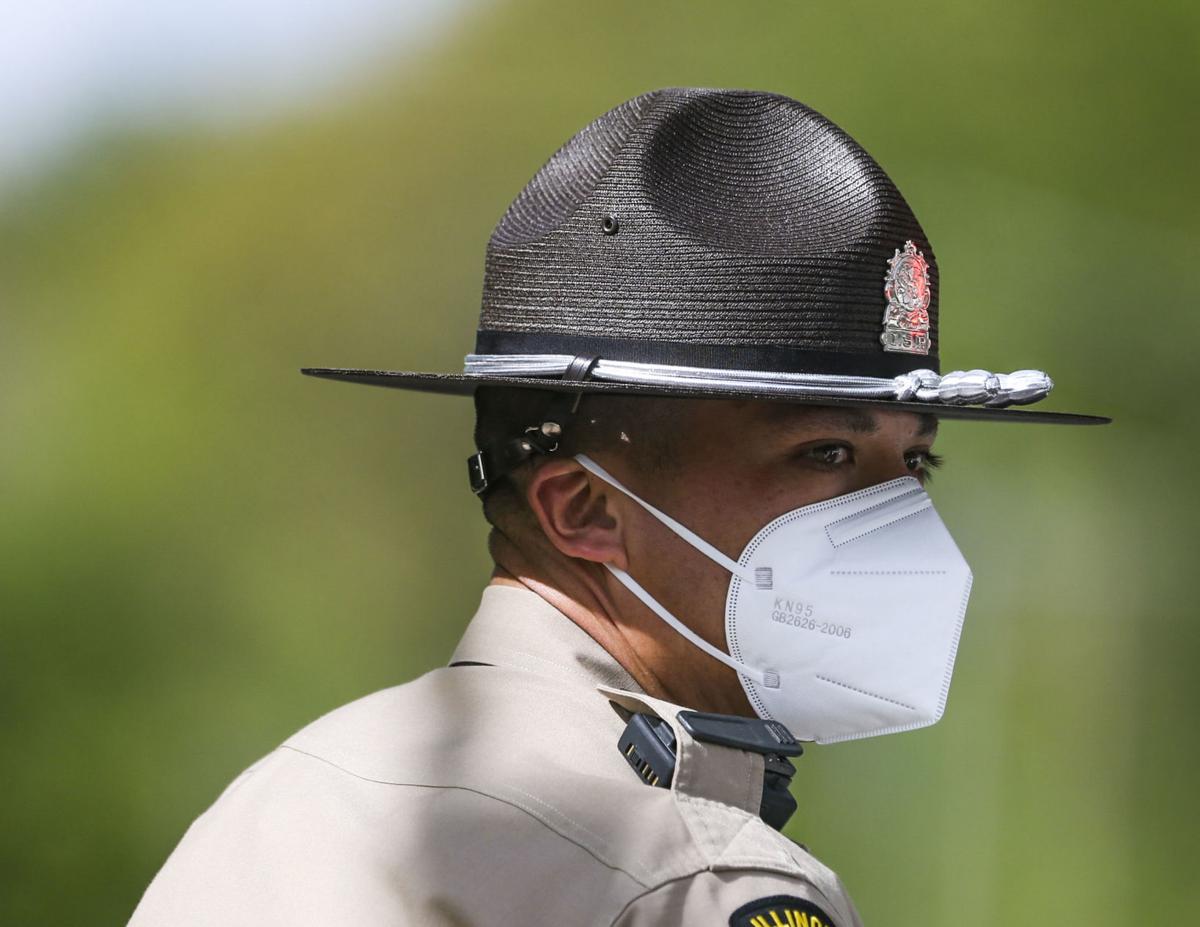 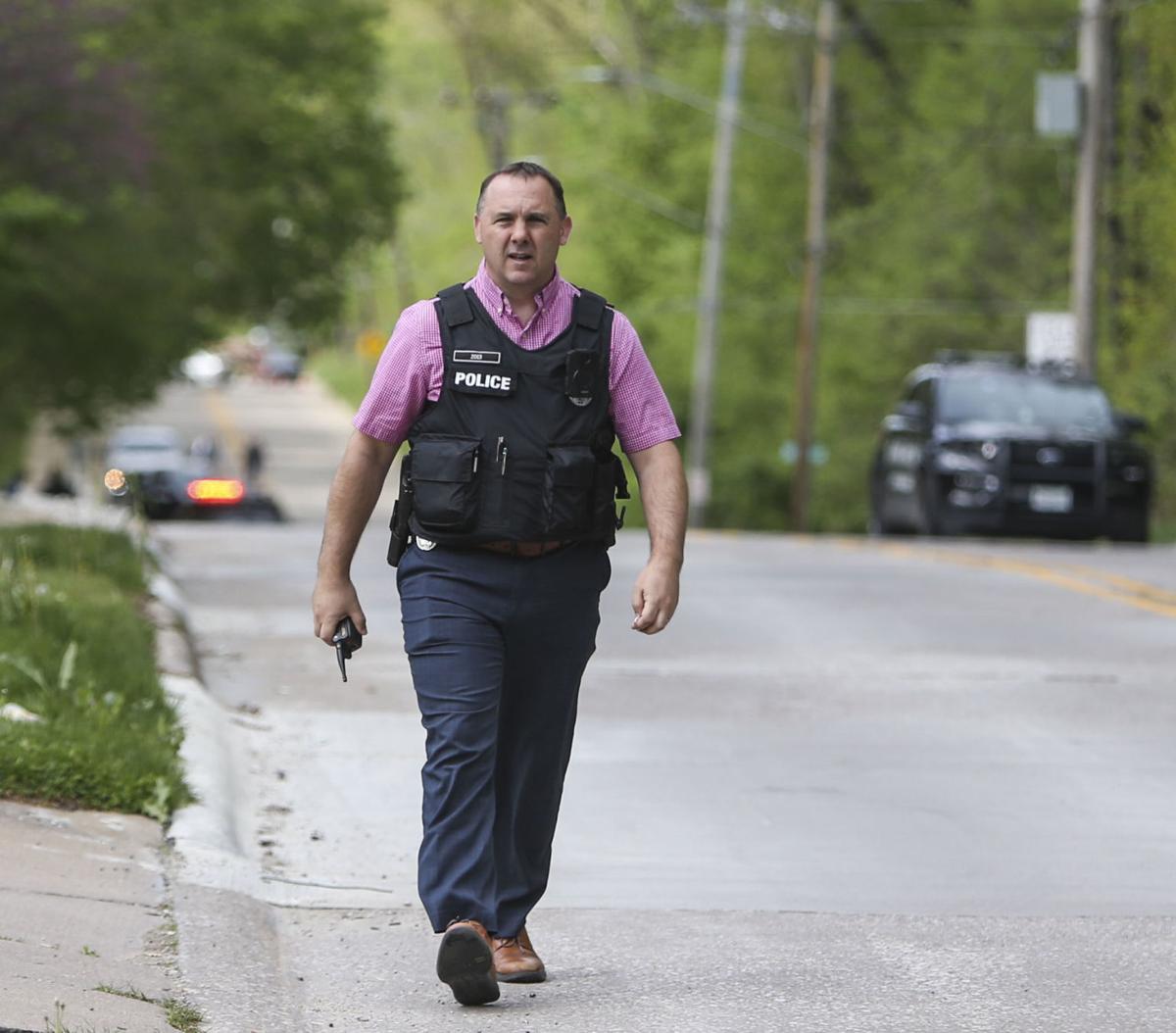 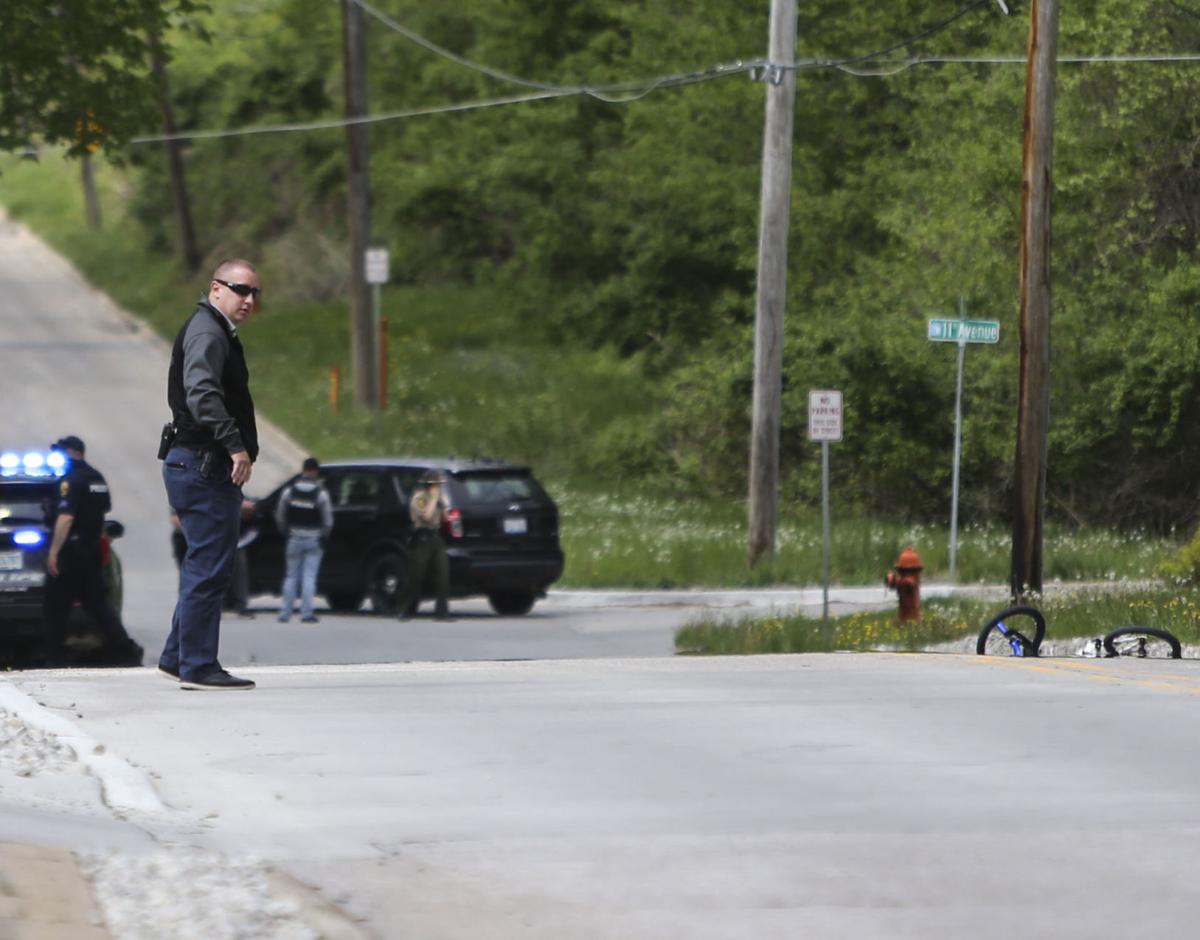 Police officers are seen on 34th Street in Moline Thursday afternoon. Several squad cars were called to the area between 10th and 11th avenues. At 6:30 p.m., the area was still blocked off to motorists.

A Moline police officer was involved in a fatal crash that killed a 13-year-old male Tuesday afternoon.

According to the Moline Police Department, at approximately 2:52 p.m., a beat officer was dispatched to a disturbance near 41st Street and 12th Avenue. The officer was traveling southbound in the 1100 block of 34th Street when the squad car struck the victim on a bicycle just south of 11th Avenue.

The crash occurred at approximately 2:55 p.m. The child was transported to a local hospital where he was later pronounced deceased.

The Moline Police Department immediately requested the Illinois State Police to respond to the scene and blocked off the area to motorists.

The Illinois State Police will conduct an independent investigation of the traffic crash and will provide a complete report to the state's attorney when complete.

The Moline Police Department will conduct a separate Internal Affairs investigation to review policies, procedures and actions of the department personnel, which is a separate investigation.

The officer driving the squad car has been placed on administrative leave pending the outcome of the investigation.

"This is an extraordinarily tragic and difficult loss of life," Moline Police Chief Darren Gault said in a news release. "Our deepest sympathies are conveyed to the family during this difficult time. Words cannot describe this situation. We ask that the public keep everyone involved in their thoughts and prayers."

"The City of Moline mourns the loss of life in a tragic event that occurred this afternoon. As Mayor of Moline my thoughts are with everyone involved in this situation. Unexpected tragedies do occur. May we hug our loved ones tighter this evening as we are reminded of the unpredictability this world often hands us.

— Anthony Watt contributed to this report

'I would have died in my bed': Rock Island restaurant owner recalls COVID-19 experience

A Rock Island restaurant owner recalls his experience after testing positive for COVID-19.

More than 50 uniformed Rock Island police officers stood along the back and side walls of council chambers during Monday's meeting to protest recent comments made by Alderman Dylan Parker.

The name of the Moline Police officer driving the squad car that struck and killed a boy riding his bike has been released.

When more than 70 percent of Rock Island's sworn police force lined up this week in the City Council chambers —in uniform — they were making a point.

A Moline man was arrested Friday for gun and drug charges, a press release from the Quad City Metropolitan Enforcement Group stated.

A Princeton man was arrested Wednesday for stealing almost $33,000 of property out of a motel room in Walcott. The property was stolen on Mar. 26 and returned on Apr. 7.

Man charged in Mother's Day killing is a multi-platinum songwriter

Three killed including 1-year-old girl in I-80 crash

Three people died Thursday, including a 1-year-old girl, after the Ford Mustang in which they were riding crashed into the back of a semitractor- trailer that had slowed or stopped for traffic on Interstate 80, the Illinois State Police said in a news release issued Friday.

The driver of a car that ended up in the frozen Mississippi River in Moline in February is being charged with aggravated driving under the influence of alcohol in connection with the death of his passenger.

A 13-year-old boy was struck and killed while riding his bike on 34th Street in Moline on Tuesday. The identity of the Moline Police officer who hit the boy was released Friday.

Police officers are seen on 34th Street in Moline Thursday afternoon. Several squad cars were called to the area between 10th and 11th avenues. At 6:30 p.m., the area was still blocked off to motorists.