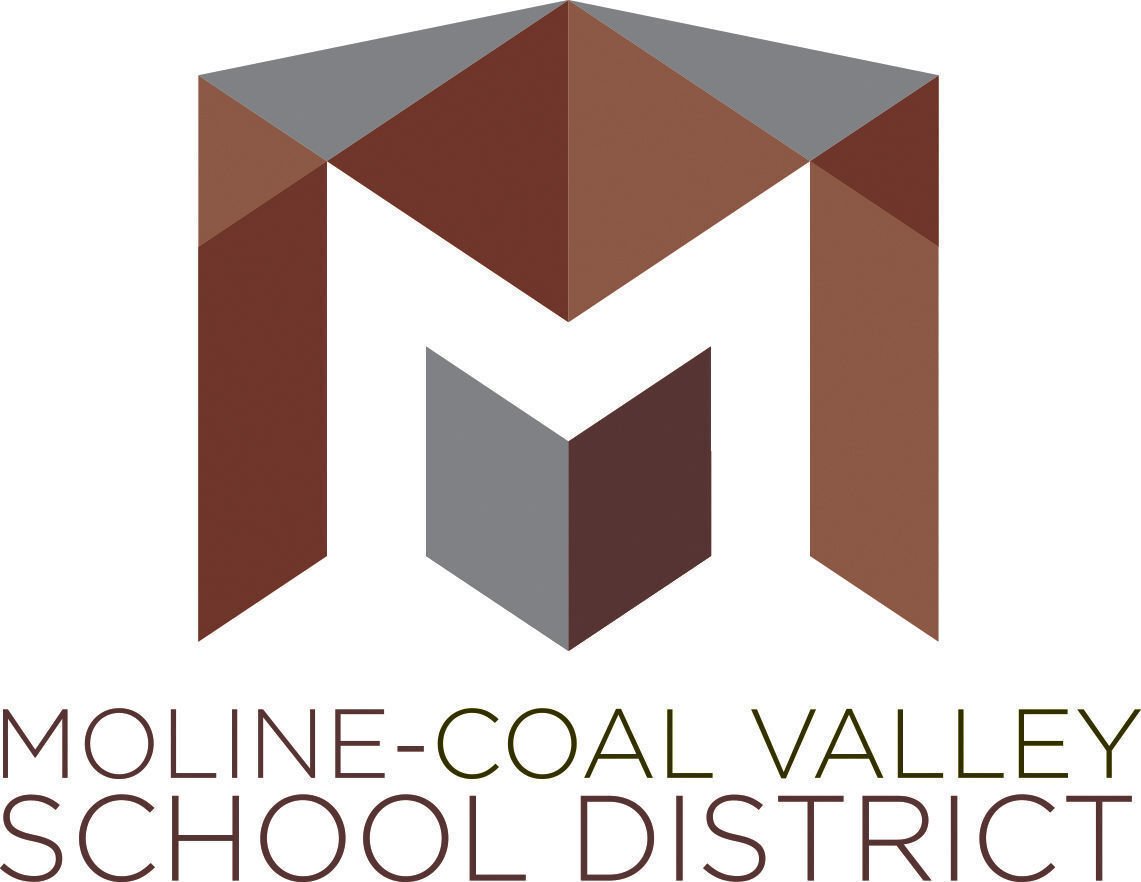 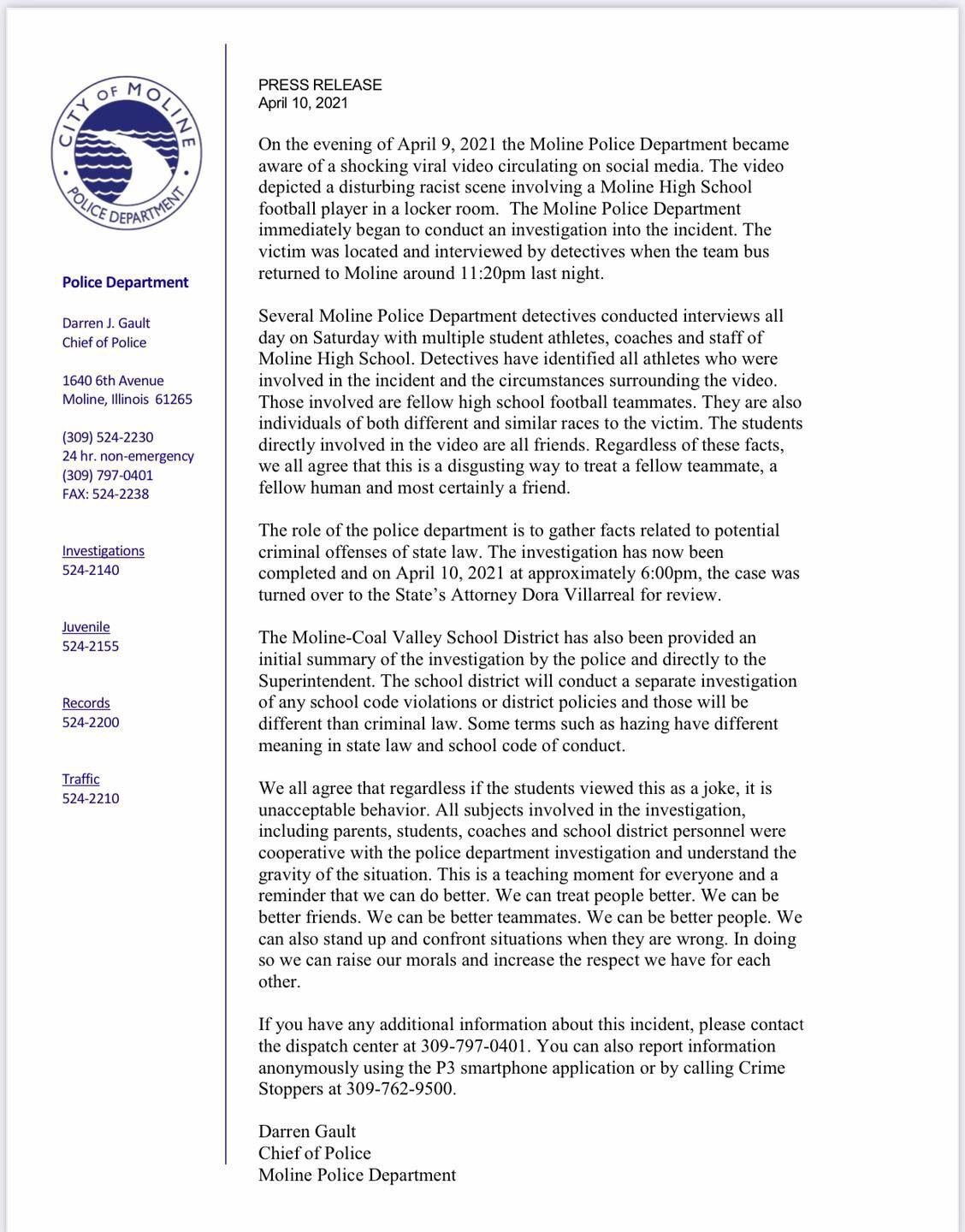 Moline Police Chief Darren Gault said Saturday that the department's investigation into a video depicting a racist scene involving a Moline High School football player in a locker room was complete and the information had been given to Rock Island County State's Attorney Dora Villarreal for review.

"Detectives have identified all the athletes who were involved in the incident and the circumstances surrounding the video.

"Those involved are fellow high school football teammates," he said. "They are also individuals of both different and similar races to the victim. The students directly involved in the video are all friends.

"Regardless of these facts, we all agree that this is a disgusting way to treat a fellow teammate, a fellow human being and most certainly a friend," Gault said.

The school district has been given an initial summary of the police investigation, he added. The district will conduct a separate investigation for any school code violations or district policies.

The 11-second video of a Black player being forced to sit in a football locker adorned with banana peels hit social media Friday.

In the video, a white player, whose hand is visible on camera, threatens him to sit in the locker “or I’ll break both your knees.” When the player finally sits, the others scream, “Yeah!”

Mayor-elect Sangeetha Rayapati, who is also the school board chair, issued a statement late Friday night, saying adults have "a responsibility to hold individuals involved in this incident accountable."

Moline-Coal Valley School District officials confirmed Friday they had launched an investigation into the video, which was shared widely on social media.

Candace Sountris, spokeswoman for the district, said the district administrative office was not aware of the video until Friday evening.

"The vile behavior depicted in the video does not represent our core values and has no place in our learning community," Sountris said in a statement. "Clearly, we have work to do. Decisive action will be taken upon the conclusion of both the law enforcement and the school district’s internal investigation."

"With all confidence I will say that the work of inclusivity and equity is not only an issue that is being addressed, but it is on the forefront with work being done every day," Moline High School assistant boys basketball coach Adrian Ritchie posted on Facebook. "I wish there was a magic brush where we could make a couple of strokes and VOILA, racism is gone. But not unlike the current pandemic, tracking down the the variations and mutations of racism is work that we ALL must continue."

"I am absolutely horrified and deeply saddened by the video circulating social media," Andy Waeyaert, school board member, said in a post on social media.

The newspaper is choosing not to publish the video to protect the identity of the victim.

Moline played Friday at Galesburg. It's unclear if the players involved participated in the game. The team's athletic director and coach weren't immediately available for comment.

Moline Police ask anyone with information to contact the dispatch center at 309-797-0401 or report information anonymously using the P3 smartphone application or call Crime Stoppers at 309-762-9500.

Sangeetha Rayapati, currently President of the Moline-Coal Valley School Board and Moline Mayor elect, issued a statement Friday regarding the video of a football player being hazed.