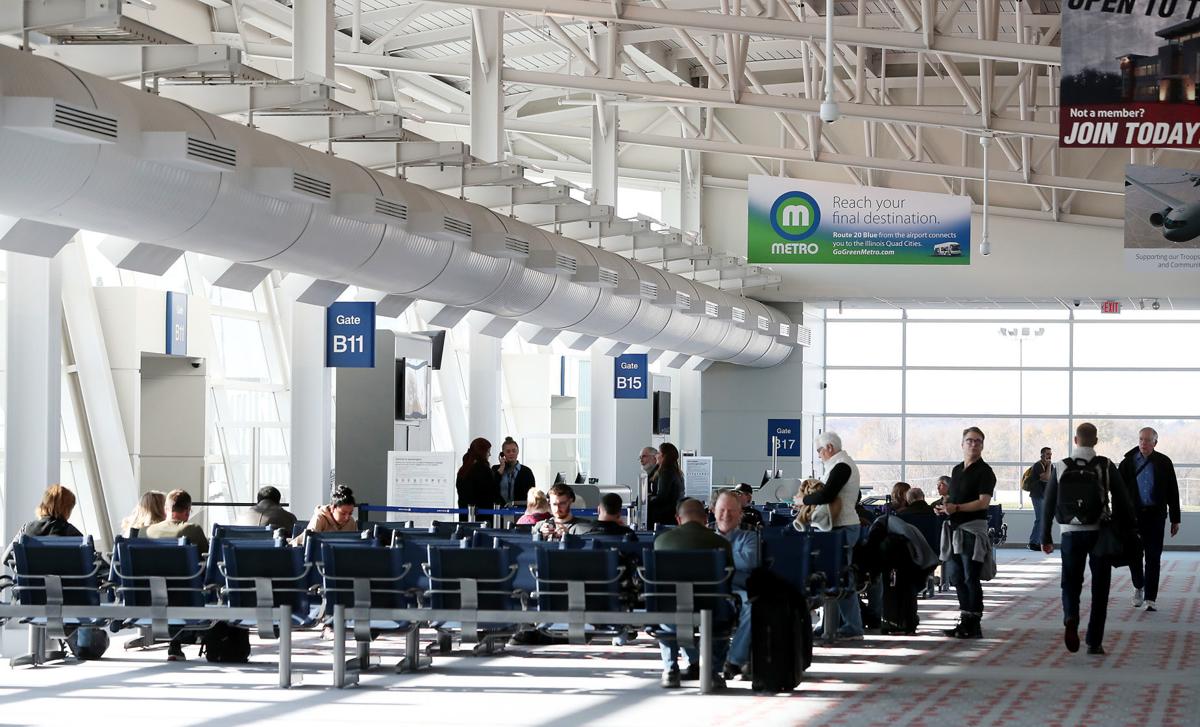 The Bi-State Development Agency, used in St. Louis, was founded in 1949 to fund large infrastructure projects such as bridges, tunnels and airports. A Regional Metro Authority in the Quad-Cities could serve a similar purpose. 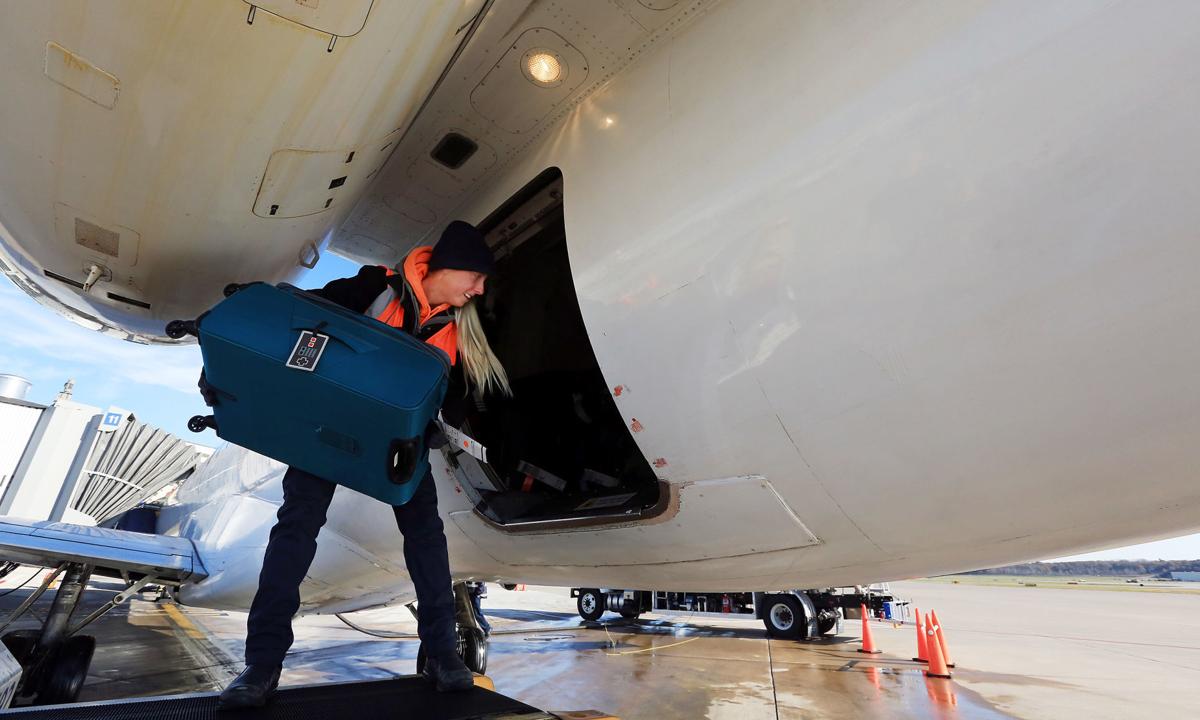 In America, flying is widely viewed as expensive. Nearly two-thirds of Americans who weren't sure if they’d take a vacation in 2019 blamed cost. It's often seen as an expensive hassle.

But data on local airfares point to a surprising truth: Plane tickets at Quad City International Airport are cheaper now than ever.

In 1993, the average inflation-adjusted fare for a domestic flight out of the Quad-Cities cost $636.51, according to data from the Bureau of Transportation Statistics.

“Travel is easier and cheaper than ever,” said Benjamin Leischner, executive director of the Metropolitan Airport Authority.

As a result, more Americans are flying today than before. In 1977, 25% of American adults had flown in the previous 12 months. In 2017, that figure had risen to 48%, according to research from Gallup and Ipsos Public Affairs.

Cheaper airfare is often hard to spot for everyday flyers. Airlines are increasingly relying on fees, including for checked bags and on-plane amenities. Thanks to growth and scale, the airlines “are also posting more of a profit than ever,” Leischner said.

“Ticket prices are rather low in historic terms,” said Seth Kaplan, transportation analyst and founding editor of Airline Weekly. “Flying might not be considered as fancy as it once was, but it’s as safe and cheap as it’s ever been.”

Why are airfares dropping?

Today’s flights are faster and cheaper than flights in the “golden age” of air travel in the 1950s and '60s.

That’s true over long international flights and local ones, too.

The same trend is true of another popular route, from the Quad-Cities to Chicago. In 1990, an average flight from the Quad City International Airport to Chicago O’Hare cost $195.82, when adjusted for inflation. In 2018, that same flight cost $103.65.

Affordability is the single most important criterion for leisure fliers, according to a 2018 Ipsos survey of American adults. That’s followed by flight schedules and by reliability.

Lower costs, in part, are a reflection of large gains in flight efficiency, thanks to aircraft design and flight technology.

One study from Compass Lexecon found that the domestic price per mile to fly decreased by 40% between 1990 and 2016, and by 36% when fees were factored in.

One of the most important ongoing sources of innovation involves fuel. Research from The International Council on Clean Transportation found that the average fuel burn of new aircraft fell about 45% between 1968 to 2014.

“When you fly today, it takes roughly half as much fuel as would have been the case 30 years ago,” Kaplan said.

Airlines have major incentives to slash fuel costs. After labor, fuel is the single largest cost to U.S. airlines, accounting for more than a sixth of operating expenses, according to figures from the U.S. Passenger Airline Cost Index from Airlines for America (A4A).

Labor costs also have been cut over time because of technology and automation. In the “golden age” of flying, travelers interacted with many humans before, during and after flight. Now, ticketing and many services are automated.

Today’s planes are also larger than before. They have larger fuel tanks and cabins that can hold more passengers, improving efficiency.

However, some of the gains in “efficiency” haven’t pleased consumers. There’s evidence, reported by many media outlets, that airlines get more people onto planes by using smaller seats placed closer together.

Thirty years ago, seats on a major U.S. carrier might have been 35 inches apart. Today, 31 inches is closer to normal, with some low-cost carriers' seats being closer to 28 inches. At the same time, the seats themselves also are getting smaller.

Another reason for the lower costs is the emergence of budget airlines, or low-cost carriers (LCCs) such as Spirit or Allegiant Air, which flies into the Quad City International Airport. The carriers not only offer low prices, but also can prompt competing airlines to drop their fares as well.

“They’re the latest wave of disruptors in the industry,” Kaplan said. “The legacy airlines have responded in their own ways, such as with their basic economy fares, to compete for some of that market.”

Even with lower airfare, the Quad City International Airport still faces a number of challenges.

Namely, the airport is suffering from “leakage,” or the phenomenon in which travelers avoid their most local airport in favor of airports farther away that have preferable services, routes or cheaper fares.

Still, there’s some good news for small- and medium-sized airports, which have been handcuffed by a dearth of flights. Some carriers, such as United, are boosting service in smaller markets. That, in turn, helps the local economy and consumers.

“For a while there was a clear trend of smaller cities losing air service,” Kaplan said. “That wasn’t helpful for falling ticket prices. But over the past several years, that has gone in reverse.”

Three Moline men were arrested early Tuesday who were apparently out with the intent to contribute to recent civil unrest.

2 dead, officer wounded in night of violence in Davenport

Two people are dead and a police officer was wounded in a round of rioting and violence that occurred Sunday night into Monday morning in Davenport.

The Bi-State Development Agency, used in St. Louis, was founded in 1949 to fund large infrastructure projects such as bridges, tunnels and airports. A Regional Metro Authority in the Quad-Cities could serve a similar purpose. 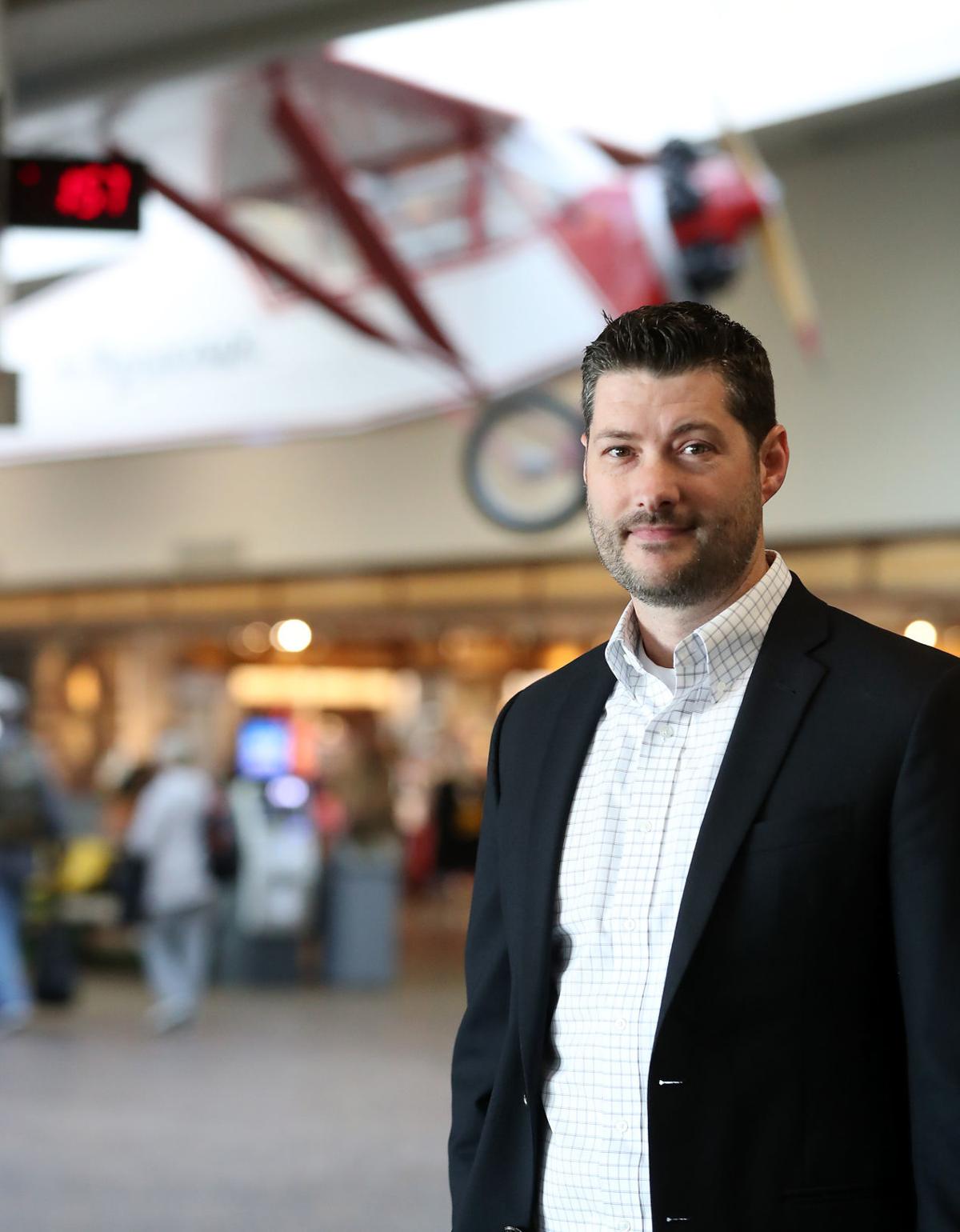