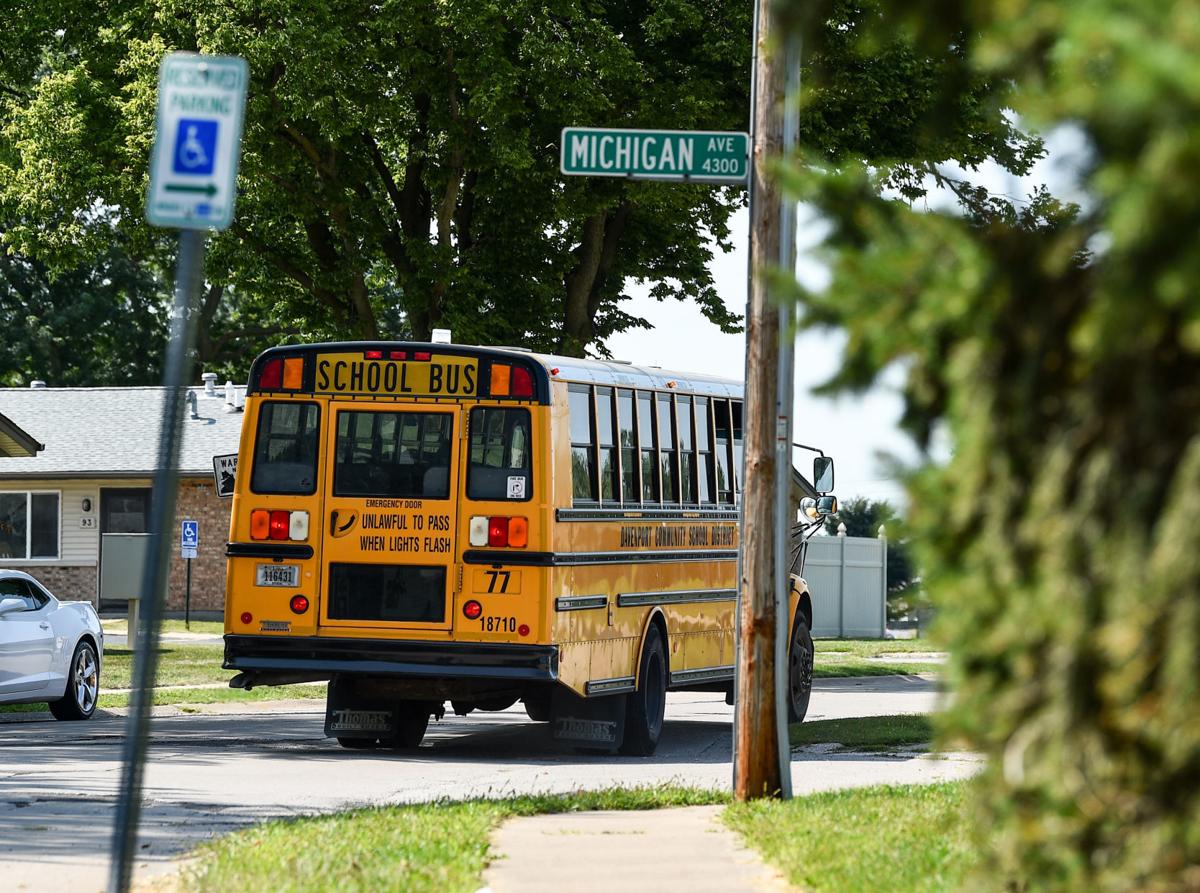 A school bus heads toward Buchanan Elementary School past Michigan Avenue. Neighbors in the area say cars are being entered and ransacked and car windows are being shot at with BB guns. 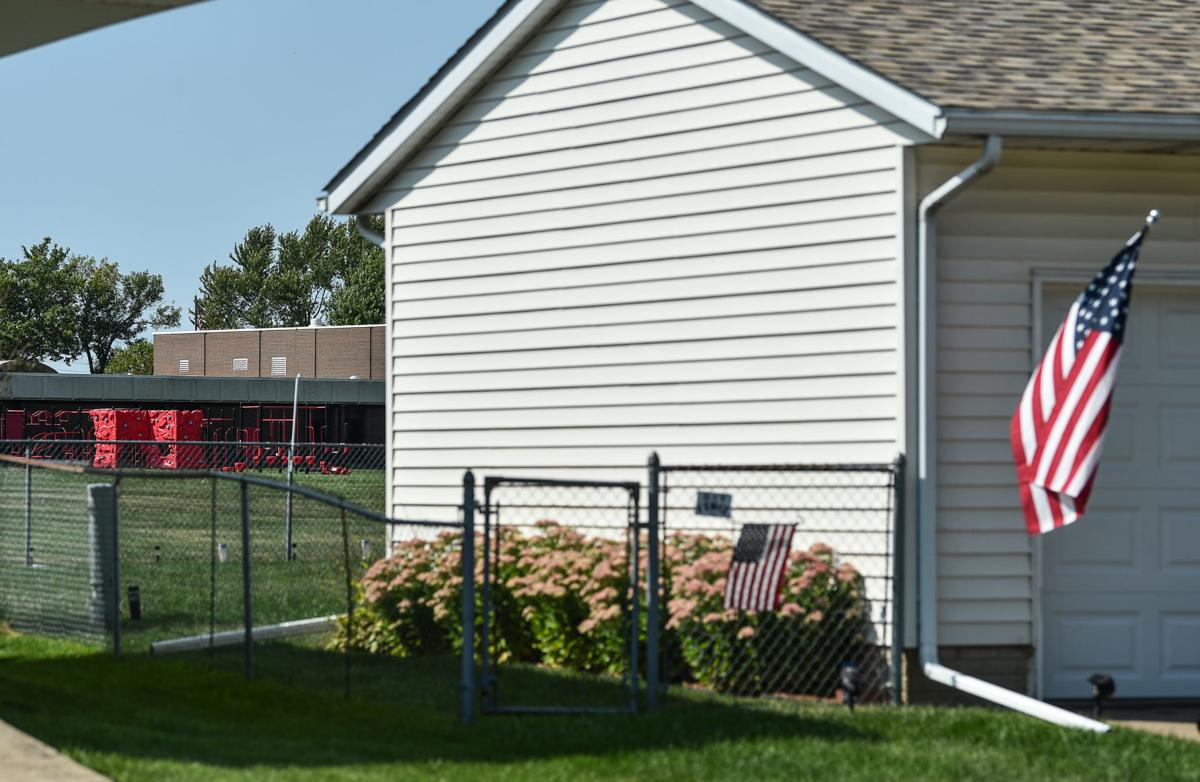 Buchanan Elementary School is seen from the 4300 block of Michigan Avenue. Neighbors in the area say crime in the area has escalated from cars being ransacked to guns being stolen from locked cars. 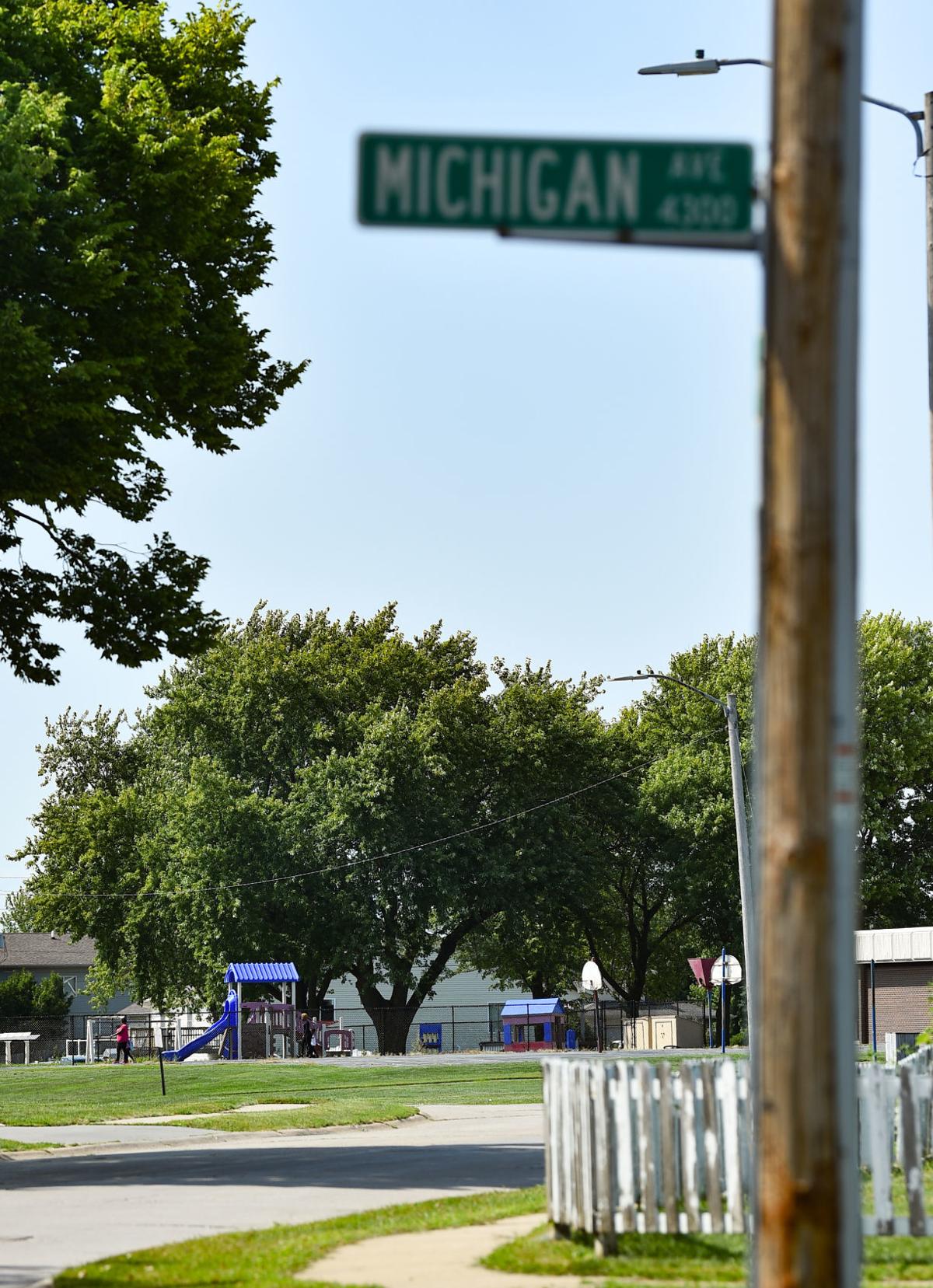 Buchanan Elementary School is seen from the 4300 block of Michigan Avenue. Neighbors in the area say there is more crime in the area than in the past.

Mary and Evan aren’t their real names. Both fear retaliation from whomever is stealing and breaking into vehicles and garages in their otherwise quiet neighborhood near Buchanan Elementary School, Davenport.

Mary, who is active on the social media platform nextdoor.com, plans to email Ald. Kerri Tompkins about the escalation in crime.

Evan, a neighbor, said he left his unlocked truck parked in the driveway a couple of weeks ago. One Monday morning, “I got into the truck, and everything was ransacked,” he said.

A pocket knife, among other items, was taken. “Most importantly they took my garage-door opener,” he said.

He stores lots of items in his garage, including a drone and what he calls an “old-school car.”

“They opened up the garage, but they didn’t go in,” said Evan, who thinks the noise the garage door makes might have scared the intruders away. “I don’t know if they plan on coming back.”

He did not report the theft, but considered doing so now after he talked with Mary. Another neighbor said it wouldn’t do any good to report it.

Mary has lived in Davenport for 13 years. “It has been peaceful,” she said. “We didn’t even have to lock our car doors … nothing.”

Then people began to open the doors to unlocked cars to steal small items, Mary said. Recently, her husband’s gun was stolen from a locked vehicle.

“There’s someone out there with his gun," she said. "Our neighbors have had guns stolen, too."

More recently, car windows in vehicles parked in the neighborhood have been shot out with what possibly is BB gun, she said.

She wants to take action, and has tried to rally neighbors by speaking directly with some and by rallying people on social media.

“I’ll go a barbecue. I’ll do flyers. Let’s do it as a community. We need to take our streets back,” Mary said. If the neighborhood doesn’t get together as a team, “Nothing’s going to happen. I have security all around the house. I’m doing this not just for me, I’m doing it for us.”

Mary and Evan's neighborhood isn't alone. But advice from police is the same, no matter the neighborhood.

Corp. Chris Hebbel, of the Davenport Police Department, said it’s important to call the police even for a minor crime.

“If you see something, say something,” he said. “One small thing can turn a whole investigation.”

Police encourage people to remove valuables from their cars. And lock them up.

“Unlocked vehicles are a good majority of stolen cars," he said.

He also suggests residents lock doors and windows even when they’re home. And talk to your neighbors.

For those who have security cameras, “If there’s video, we’ll definitely take a look at it,” he said. “Get out and meet your neighbors.”

The www.nextdoor.com site is a great asset, he said — a kind of digital neighborhood watch. Cities are represented by neighborhoods on the free social-media app and website, where neighbors can communicate publicly or send private messages.

Other social media includes Facebook, which also has neighborhood pages for residents of specific areas and allows users to post privately or send private messages.

Police said those who want to remain anonymous can send tips via the “Do What’s Right” app,” which launched in 2013, or via the mobile apps “CityConnect Davenport, IA” or “CrimeReports by Motorola.”

Another longtime resource is Crime Stoppers of the Quad-Cities, founded in 1982.

Callers can remain anonymous and are eligible to receive a cash reward if the information they provide leads to a felony arrest.

Hebbel said members of the Crime Prevention Unit will speak at neighborhood meetings, and perform security checks in neighborhoods or in businesses, churches or other places where people gather.

Also, when it comes to juvenile crime, young people have a curfew: Midnight Friday and Saturday and 11 p.m. Sunday-Thursday.

“We do enforce it,” Hebbel said. “It can benefit the community and benefit the kids as well.”

The Moline Police Department wants the public's help to identify a person suspected of trying to rob a convenience store.

Child suffers minor injuries after being struck by vehicle in Morrison

The Morrison Police Department is asking for help identifying a vehicle whose driver struck a child on a bicycle then left the area.

A man has been accused of breaking into several cars in Rock Island.

Moline Police Department Detective Jon Leach has won an award for his work as the coordinator of the Quad-Cities branch of Crime Stoppers.

'There's never been anything like that on this block': Gun shots frighten quiet Pine Street neighborhood

A school bus heads toward Buchanan Elementary School past Michigan Avenue. Neighbors in the area say cars are being entered and ransacked and car windows are being shot at with BB guns.

Buchanan Elementary School is seen from the 4300 block of Michigan Avenue. Neighbors in the area say crime in the area has escalated from cars being ransacked to guns being stolen from locked cars.

Buchanan Elementary School is seen from the 4300 block of Michigan Avenue. Neighbors in the area say there is more crime in the area than in the past.