Scott Beck, Bryan Woods to bring their "Haunt" home to Putnam on Sept. 14
View Comments
Share this
Return to homepage × 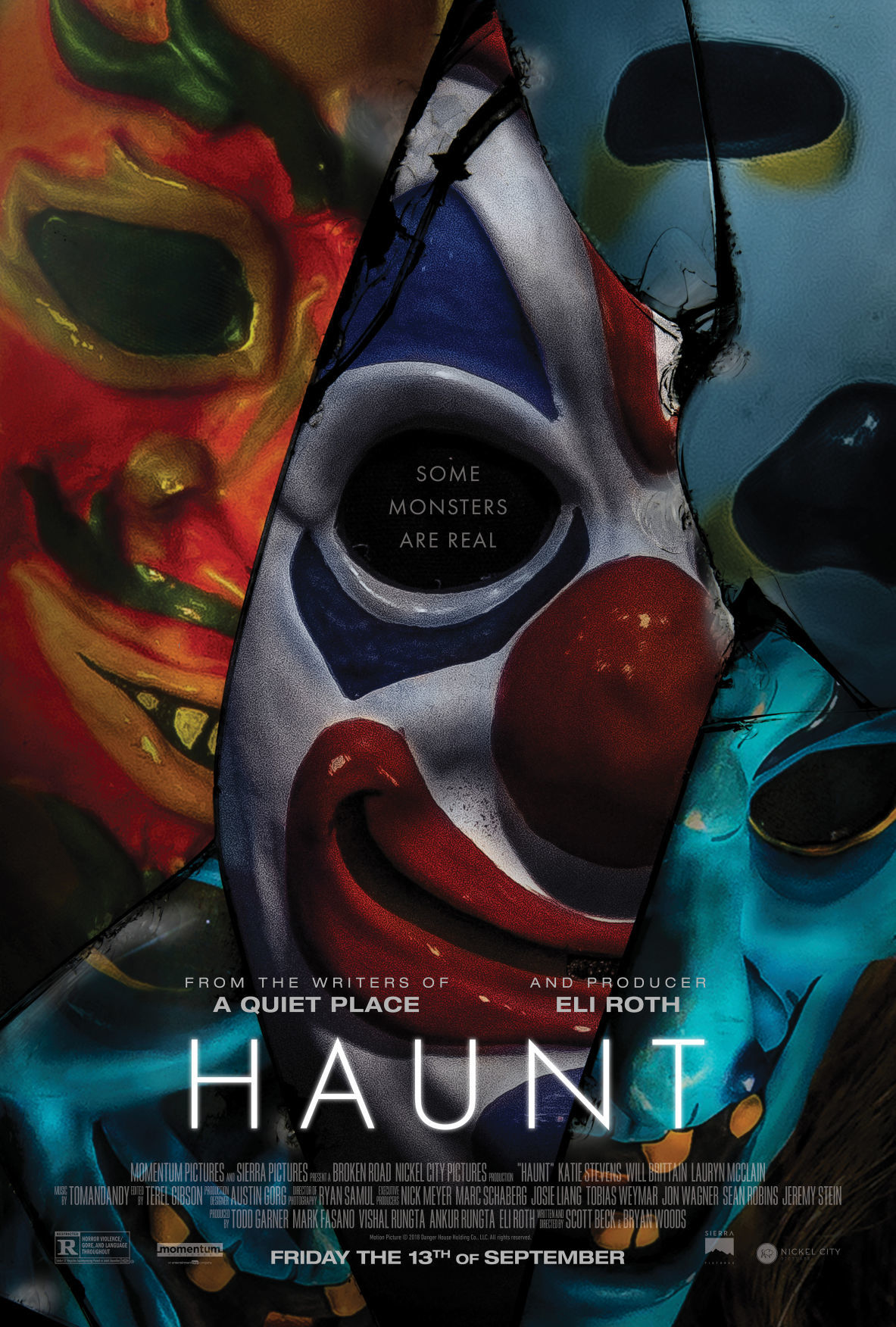 The poster for the new horror film, "Haunt." 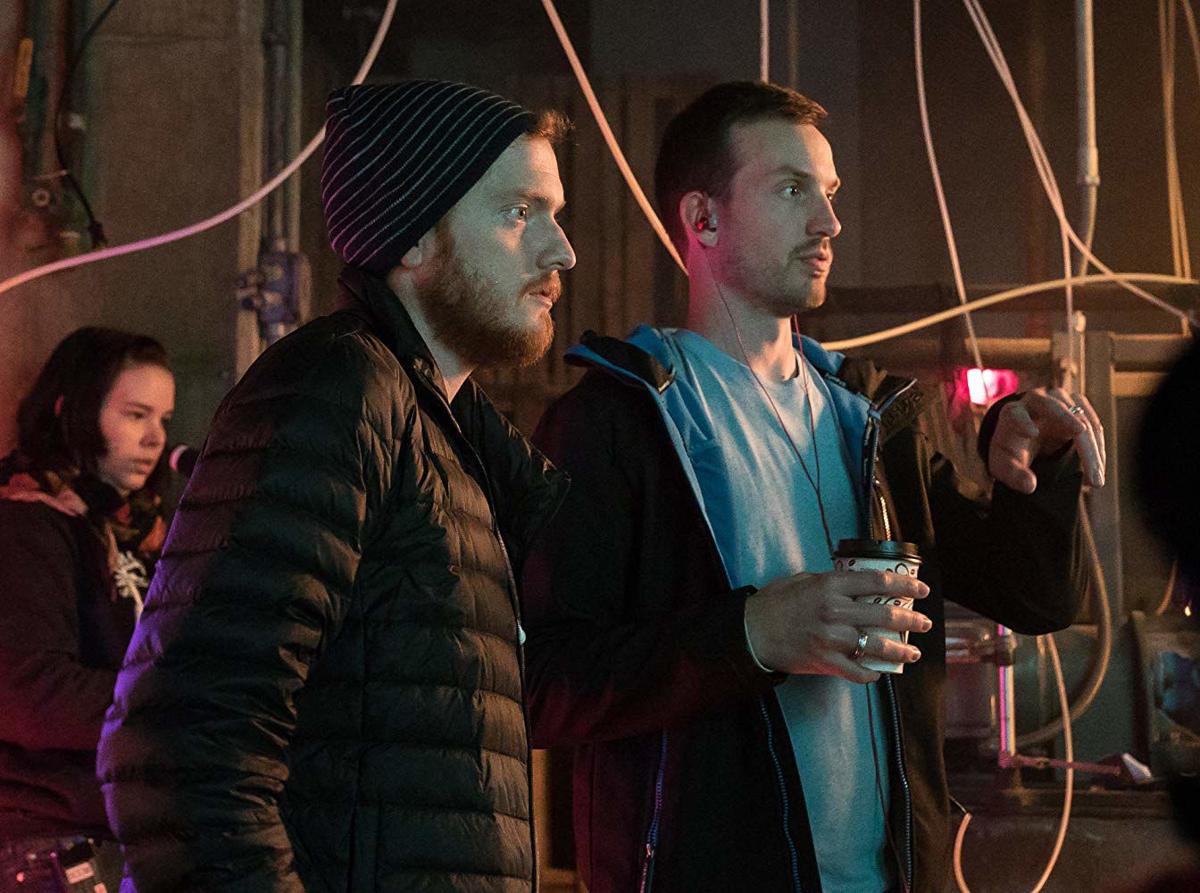 Filmmakers Bryan Woods, left, and Scott Beck, during the production of their new horror film, "Haunt."

Co-writers of the popular, award-winning horror film "A Quiet Place," the 2003 Bettendorf High alums will take part in a Q&A immediately after both showings.

“They've branded this their hometown Iowa screening,” Kevin Smith, the Putnam's marketing and design manager, said Friday. “They've distinguished themselves by being writers of 'A Quiet Place.' We're really excited to bring them here.”

"We are very excited to bring 'Haunt' back to the Quad-Cities at the Putnam, a theater where we screened some of our first student films," Beck and Woods said by e-mail Friday. "The entire film is a love letter to the Halloween season of our youth and the years we spent going haunted housing around the Quad-Cities."

Written and directed by the pair, and produced by Eli Roth (whose directing credits include “Death Wish,” "Hostel” and “Cabin Fever”), "Haunt" takes place on Halloween with friends encountering an “extreme” haunted house that promises to feed on their darkest fears. But the night turns deadly as they come to the horrifying realization that some nightmares are real.

Premiering last month at the Popcorn Frights Film Festival in Fort Lauderdale, Fla., it took home honorable mention for both best feature and scariest feature. Juror Ariel Fisher tweeted Aug. 19 that the slasher flick (to be released nationwide Sept. 13, Friday the 13th) “should be on everyone's Halloween watch list this season.”

“Haunt” will open in limited release nationwide, and is not yet scheduled for Cinemark in Davenport or Regal in Moline.

Film critic Joey Keough tweeted Aug. 24: “HAUNT is an all-timer in the making. As a slasher fanatic, it had me smiling from ear to ear throughout. Frightening, funny, and surprisingly inventive throughout. Characters and villains are as well-drawn as each other, which is a real bonus.”

Davenport native Justin Marxen, 35, plays the clown in the flick, and Rock Island native Lissie Maurus is on the soundtrack, over the end credits.

“We've wanted to work with @lissiemusic for YEARS and finally got our chance,” Beck and Woods tweeted Sept. 4. “We are BLOWN AWAY by the beautifully haunting cover of @RobZombie's "Dragula" that she crafted with @HumansWin.” The track also will be released on Sept. 13.

Beck and Woods did a Q&A at Cinemark for their "Quiet Place" premiere in April 2018. Directed by and starring John Krasinski (who co-wrote the script), he also is writing the "Quiet Place” sequel. Krasinski will also direct, to be released in May 2020. On a budget of just $17 million, the original film earned nearly $341 million in the worldwide box office.

As creators of the "A Quiet Place" franchise, Beck and Woods said they're not involved with writing the sequel, "but in the wake of the success of the film, we’ve chosen to avoid the allure of making sequels and remakes, and instead focus on a slate of other exciting projects, in part collaborating with heroes like Stephen King, Mahershala Ali, and Sam Raimi."

"Our appetite always returns to creating original stories, which is what drove us to write 'A Quiet Place' to begin with, and that film's success has allowed us to pursue our own passion projects on a major scale, which we're excited to announce in the coming months," they said.

“Personally, their story is inspiring," the Putnam's Smith said. "There's so much buzz around the duo. They took it upon themselves to come back. It's just really cool for us; it's precisely what our theater is made for."

Space is limited for the Sept. 14 Putnam showing (the theater seats 260), and advance ticket purchases are strongly recommended, Smith said. Tickets are $9 ($8 for seniors, college students, and military), and Putnam members can get $1 off.

Beck and Woods will also host a special Iowa City screening on Sept. 21 for the opening of the new FilmScene theater complex.

Filmmakers and Bettendorf natives Scott Beck and Bryan Woods announced this week their next project includes five of their favorite things: Sa…

“Haunt” — the follow-up to "A Quiet Place" from filmmakers and Bettendorf natives Scott Beck and Bryan Woods — has already scared up some honors.

“A Quiet Place,” co-written by Scott Beck and Bryan Woods, formerly of Bettendorf, has been nominated for an Academy Award for “Best Sound Editing.”

'It's just a dream:' Bettendorf natives who wrote 'A Quiet Place' return home to watch it

The poster for the new horror film, "Haunt."

Filmmakers Bryan Woods, left, and Scott Beck, during the production of their new horror film, "Haunt."