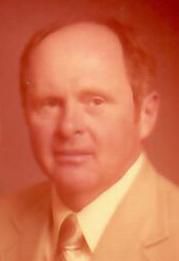 ROCK ISLAND — Herbert A. Bueser, 89, of Rock Island, died Sunday, March 22, 2020, at home. Cremation rites were accorded. Services will be private at Wheelan-Pressly Funeral Home and Crematory, Rock Island. Inurnment will be at Rock Island National Cemetery, Arsenal Island. Memorials may be made in care of the QC Animal Welfare Center, Milan.

Herbert was a U.S. Army veteran who proudly served in Germany. He was a member of the Moline American Legion Post 246.

Herbert worked over 40 years as a laborer for several construction companies including, ABS Construction Group, Waters Construction and Estes Construction. He was a member of the Laborers Local Union 309.

Herbert enjoyed fishing, gardening and puttering around with just about anything.

Those left to cherish his memory include his daughter, Diana Bueser, Rock Island; and brother, Jerome Bueser, Seattle, Wash.

He was preceded in death by his wife, parents and infant sister.

Online condolences and memories may be shared with the family at wheelanpressly.com. 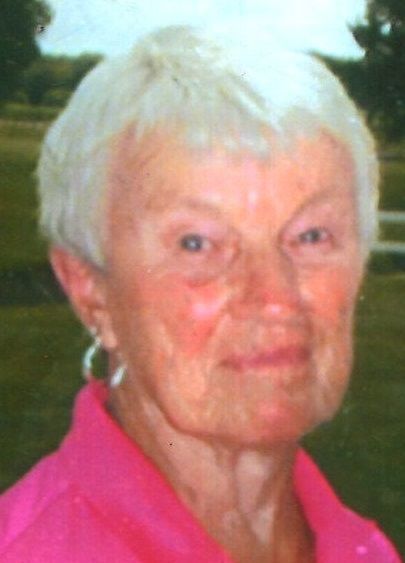 COLONA — Maxine A. Loitz, 84, of Colona, Ill., passed away on Sunday, March 22, 2020, at New Perspective Senior Living, Silvis, Ill. Private services to honor her life will be held at a later date. There will be no visitation. Cremation rites have been accorded. Vandemore Funeral Homes and Crematory is assisting the family with arrangements. Memorials may be directed to the Colona United Methodist Church.

Maxine was born June 6, 1935, the daughter of Fred and Lillian (Ward) Searle. She graduated from Geneseo High School and attended the University of Illinois. Maxine met Paul “Vic” Loitz at the University of Illinois and received her Mrs. Degree on Jan. 29, 1956, in Geneseo. Maxine joined Vic as he traveled with the Air Force. She taught Vic how to drink and party! When they returned to Geneseo, she became the bookkeeper and homemaker for the Loitz farms for the next 60 years! She was an integral part of the farming operation and the matriarch and godmother of the family.

Maxine was passionate about gardening, mowing the yard and golf! She was a Hannah Township trustee for over 25 years. She served as the treasurer of Colona United Methodist Church for many years. She belonged to a bridge club and two dinner clubs. She loved to prepare holiday meals for her family. Maxine enjoyed traveling, especially golf and gaming trips.

She was preceded in death by her parents, Fred and Lillian, and her son-in-law, Dennis Brooks.

GENESEO — Michael F. DeBrock, 74, of Geneseo, passed away on Sunday, March 22, 2020, at Unity Point Health–Trinity Rock Island. A private visitation and funeral service will be held for the family on Thursday, March 26, 2020, at Vandemore Funeral Homes & Crematory – Geneseo Chapel. Reverend Michael McBride will officiate. Burial will follow at Oakwood Cemetery. Memorials may be directed to the Michael DeBrock Memorial Fund.

Michael was born on Nov. 24, 1945, the son of Frank and Marjorie (Fones) DeBrock, in Geneseo. He graduated from Atkinson High School. He proudly served in the United States Army National Guard. He married Frances Cauwels on April 30, 1966. She preceded him in death in 1988. Michael married Grace Bainter on March 24, 1989, in Geneseo. He was employed by Farmers Mutual Electric Company, for 29 years, as a lineman and electrician. He was also employed by John Deere Harvester Works, where he worked for 10 years. He enjoyed hunting, fishing and having coffee with his buddies.

He was preceded in death by his parents, Frank and Marjorie; and his first wife, Fran. To leave a message of sympathy, please visit www.vandemorefuneralhome.com. 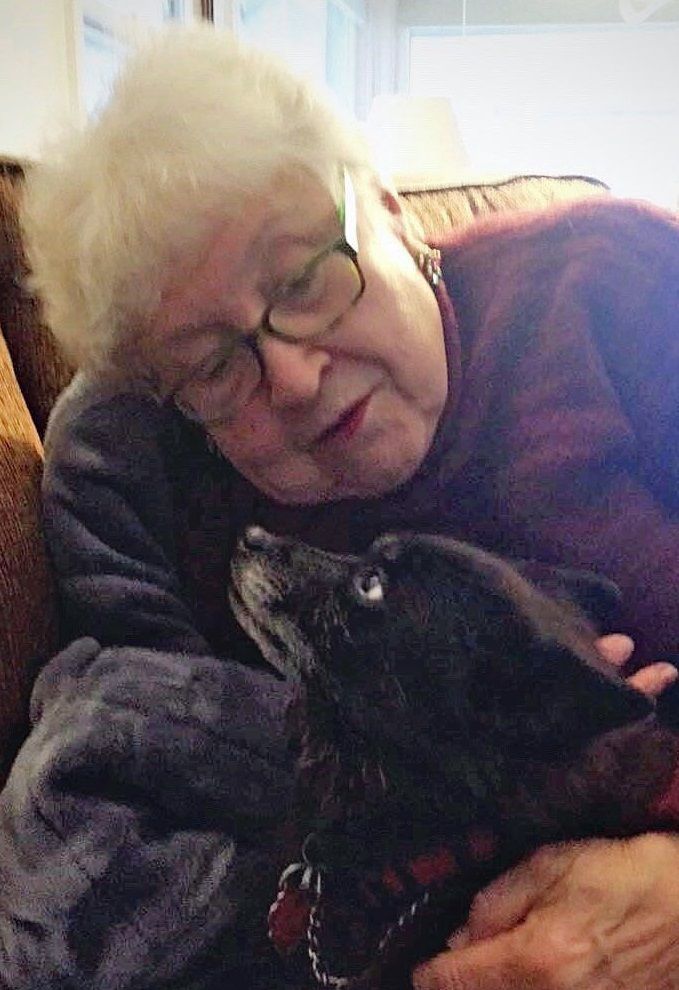 WAVERLY, Iowa — On March 22, 2020, Christine Bergren, of Waverly, Iowa, passed from life into death into everlasting life. She was 80.

Christine was born on Dec. 21, 1939, in Chicago, Ill., the only child of Carl and Arthild Carlson. Her spiritual life began as she was baptized on Dec. 29, 1940. Her family lived in and around the Lakeview neighborhood in Chicago. After graduating from Lakeview High School in 1957, she attended North Park College (now University). After two years, she transferred to Augustana College in Rock Island, where she graduated in 1961.

While attending Augustana College, she met and fell in love with Lynn Bergren. How Chris loved Lynn's sense of humor. They were married on Aug. 1, 1964. They were blessed with two sons, Arthur and Benjamin. In time, she came to enjoy her children's spouses, Jennifer and Rachel. But how she loved her grandchildren, Max, Molly, Carl, Laura, Caroline and Erik.

Christine was a true homemaker including being a wonderful baker. She was as an avid reader and was elected to serve as a member of the Library Board in Geneseo, Ill. She loved time in her flower and vegetable gardens. She also appreciated the women's organizations in every parish Lynn served.

Christine is survived by her husband, the Rev. Lynn Bergren; her sons, the Rev. Dr. Arthur Bergren and the Rev. Benjamin Bergren, and their families. She is now reunited in heaven with her parents, in-laws and beloved pets.

The family is thankful for Cedar Valley Hospice and Kaiser-Corson Funeral Homes. The family requests no flowers, but memorials can be made to any of the congregations listed above. Online condolences may be left at www.kaisercorson.com.

A memorial service at St. Paul's Lutheran Church & School in Waverly, Iowa, will occur when the threat of coronavirus has abated.

Kaiser-Corson Funeral Home in Waverly is in charge of arrangements. 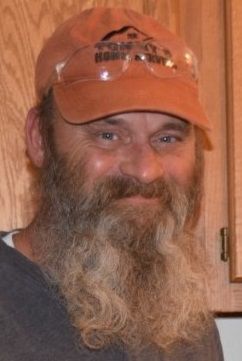 A memorial service will be held at a later date. Wheelan-Pressly Funeral Home and Crematory, Milan, is assisting the family with arrangements.

Thomas was born on Oct. 24, 1963, in Columbus, Ga., the son of Sylvester Atnip and Dacy (Busby) Mcleod. He married Brenda Stearns on Sept. 12, 1987, in Mobile, Ala. He was a proud owner of Tommy's Home Service. Thomas was very proud of his children and his grandchildren always brought a smile and joy to his life. He was always helping people with various projects and was loved by all. He will be missed immensely.

Online condolences may be left to Thomas's family at www.wheelanpressly.com. 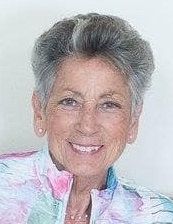 COLONA — Beverly Diane Kelly, 70, of Colona, Ill., formerly of Port Byron, died Sunday, March 22, 2020, at home. Due to the restrictions on social gatherings, the family will have a private graveside service in Oak Grove Cemetery. The family will look forward to a celebration of her life with friends later at a time to be determined. Memorials may be made to St Jude Children's Research Hospital or Wounded Warriors. Gibson-Bode Funeral Home, Port Byron, is in charge of arrangements.

Beverly was born on Oct. 1, 1949, in Danville, Ill., the daughter of Everett and Lucille (Crumpton) Eades. She married Edward U. Kelly on March 10, 1979, in Joliet. She was a homemaker and a pipeliner's wife, and traveled with her husband, Ed, to South America and 30-plus states. Often, she worked side by side with him as a safety inspector, office manager, parts runner, assistant superintendent. On one job, Beverly shut down a job that Ed was running over safety issues. Dinner that night was quiet.

She loved and looked forward to meeting with her weekly breakfast club girls. They all shared life every week. These ladies and the time spent together forged bonds that will last forever. As her health began to fade, meeting with these ladies was a must. Saying goodbye to them was one of the last things she did before saying so long to this earth.

Beverly loved a house full of people, especially family. Cooking for 20 people was pure joy to her. Her door was always open, and anyone could count on a warm cup of coffee, a good meal and warm bed. She loved to talk politics, and she always won.

She was a shameless advocate for her kids, grandkids and great-grandson. She loved telling stories that were mostly true, with a bit of hopeful bragging on how they might change. No matter what, she saw no flaws and was always there to help in word, deed and sometimes a bit of cash.

Beverly was one of the hardest working women who ever lived. Three-thirty a.m. was considered the start of the day. Early morning wake-up calls for others in the house was always softened by a large country breakfast of eggs, pancakes, biscuits, gravy, bacon, hot coffee and toast. Work was how she evaluated herself and everyone around her. If you were not handicapped, puking or a veteran, she expected you to pull your fair share. If you were not up before sunrise, you were considered lazy and the day was half gone. Using air conditioning was considered a sign of weakness and a serious character flaw. A fan was all you really needed.

She could grow anything anywhere. Green grass, a big garden, full trees and scores of flowers, properly planted and maintained, brought her great joy.

As with most people who have lived a full life, she softened a bit. A mess was less of a big deal, sleeping to 5:30 a.m. was considered respectable and maybe a missed chore could be replaced with a hot cup of coffee and a long chat.

Please share a phone call with the family, or offer a memory or condolence online at www.gibsonbodefh.com.

QUIZ: How well can you spell?

Get the latest important news alerts delivered to your inbox.