ROCK ISLAND — Way back when — before the 1980s Farm Crisis, before outsourcing and automation, before the term Rust Belt was popular and the effects of the Great Recession were felt everywhere — Rock Island County was booming.

A postcard from 1952 shows Rock Island's 3rd Avenue in its prime: a spacious street lined with buildings and cars, spotted with neon signs announcing stores and hotels, running through a city busy with life.

But much has changed.

As Diane Oestreich of the Rock Island Preservation Society wrote in 2002, "Our formerly large downtown continues to shrink as buildings with strong historic connections are demolished."

Seventeen years later, the U.S. Census Bureau has released population estimates for cities, counties and metropolitan areas. In the Quad-Cities, the conclusions are mixed.

The good news: The Quad-Cities area is becoming more diverse.

To understand how the changing demography affects life in the Quad-Cities area, the Dispatch-Argus-QCOnline.com has launched an ongoing series about population decline in western Illinois.

The series will rely on publicly available data and interviews with residents and community experts to try and answer two questions: Why are counties across western Illinois losing people, while Scott County in Iowa grows? And what should be done about it?

Not unusual for Illinois

The grim numbers confronting Rock Island County are not unusual within the state of Illinois and greater Midwest. Outside the Chicago metro area, Illinois cities and counties have struggled to retain and attract people.

Western and southern Illinois have been slammed the hardest by population loss. The reasons are manifold and complex: farm consolidation, automation in manufacturing, a lack of state funding for education and infrastructure, high taxes, and poor public health, among others.

That context might comfort policymakers in the Quad-Cities area. But it doesn’t solve the challenges posed by an aging, shrinking population.

“It’s a mess,” said Edwin Langdon Jr., a member of the Rock Island County Board, representing District 17. “The problem isn’t going to get any better. It seems to me like the problem’s going to get worse.”

A tale of two counties

According to Census estimates, the Davenport-Moline-Rock Island metropolitan area grew modestly between 2010 and 2014 and has declined since then.

But over the last few decades, the population has not changed evenly across the region.

Scott County has grown commandingly over the last few years. Between 2010 and 2018, Scott County grew about 5%, to a total of about 173,300 people. That's one of the highest growth rates in the state of Iowa.

The shrinking of the Quad-Cities area can be zeroed in more precisely to Rock Island and surrounding counties, which have been losing people slowly but consistently for decades.

Scott County, meanwhile, hit its all-time population peak in 2018 — and the county is still growing.

In Rock Island County, the cities are shrinking, too.

In 2018, the county’s largest city, Moline, had a population of about 41,900, according to Census estimates. That’s a decline of nearly 4% from eight years earlier.

Across the river, however, the story flips.

In Scott County, the cities are growing. Davenport has grown by more than 2%, on net, since 2010. Bettendorf has grown by 10%.

Although Rock Island County's population is dwindling, it also is diversifying.

Since 2010, the county has on net increased its number of residents who identify as African-American, Asian, Hispanic or biracial.

The county is also welcoming immigrants from around the world. Over the last eight years, Rock Island County has on net taken in around 3,800 international migrants, according to Census estimates.

Populations aging in both states

In both Scott and Rock Island counties, the populations are aging.

Eight years ago, Rock Island County's median age was 40.0 years. In 2018, the median age had risen to 40.4 years, according to Census estimates.

What should be done?

Residents and policymakers have pointed to a number of factors that hamper Rock Island County’s growth: a lack of vacant land to build new housing, issues with Illinois state government, aging facilities and residences, the appeal of nearby Iowa, and high taxes.

For rural communities across western Illinois, the issues are even more complicated, and their root causes are even trickier to untangle.

“I hate to see the population loss on this side of the river."

This story is the first in a series on changing population and demographics in the Quad-Cities area.

Quad-Cities population loss is a decades-old problem that lacks a single cause, or solution

Read part one, part two and part three of the ongoing series about population changes in the Quad-City region. 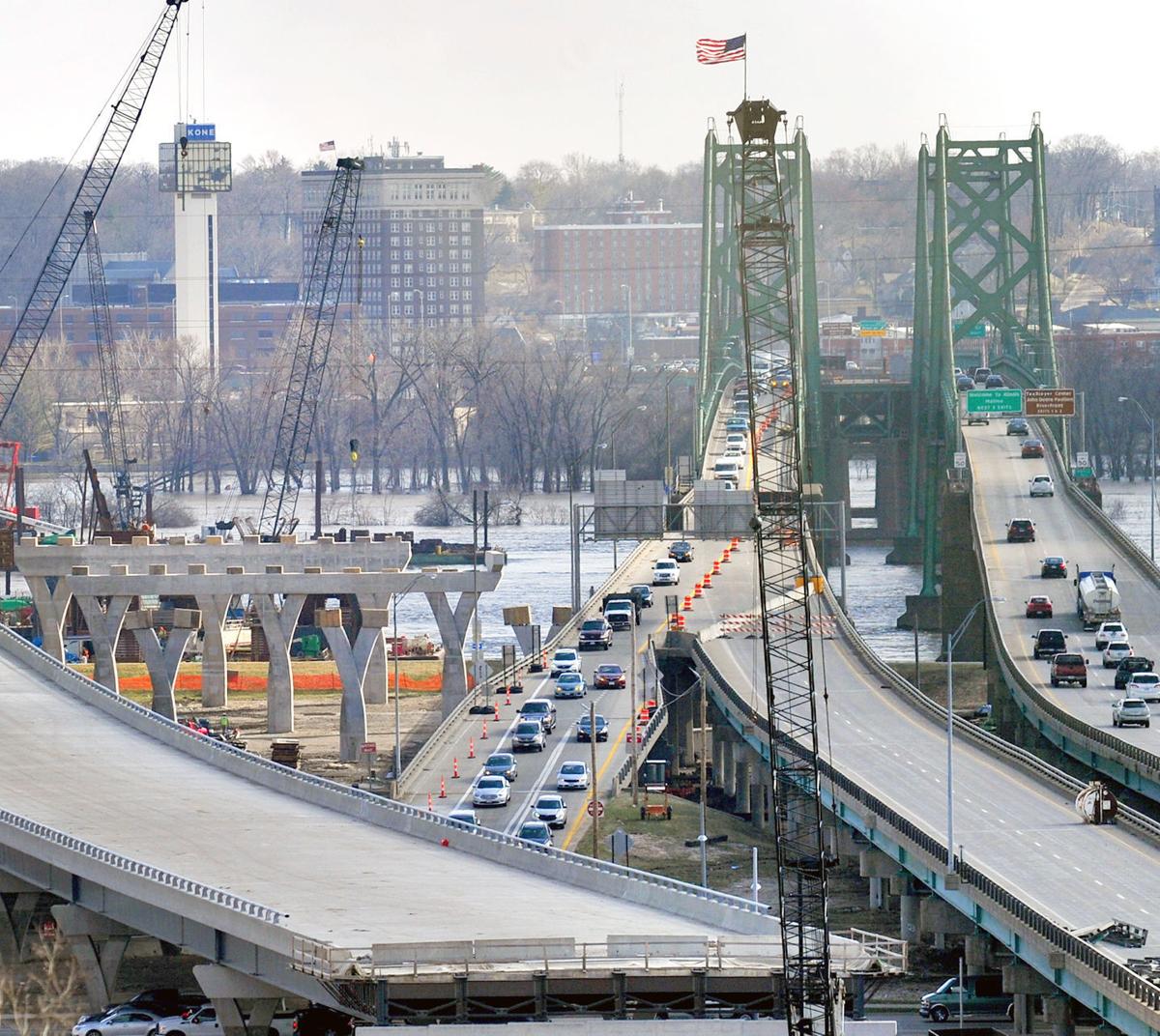 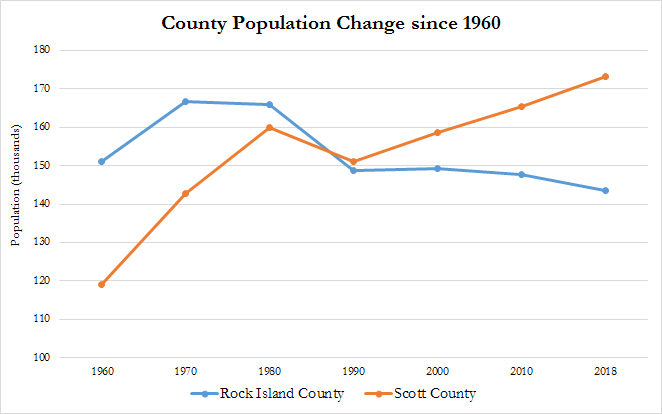 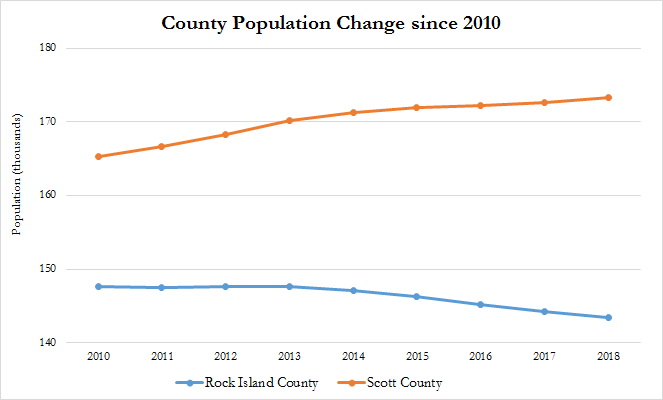 New U.S. Census Bureau data show that Rock Island County continues to lose residents, even as Scott County, its neighbor across the Mississippi River, has steadily grown. Over the last eight years, the trendlines in the two counties have almost mirrored one another.