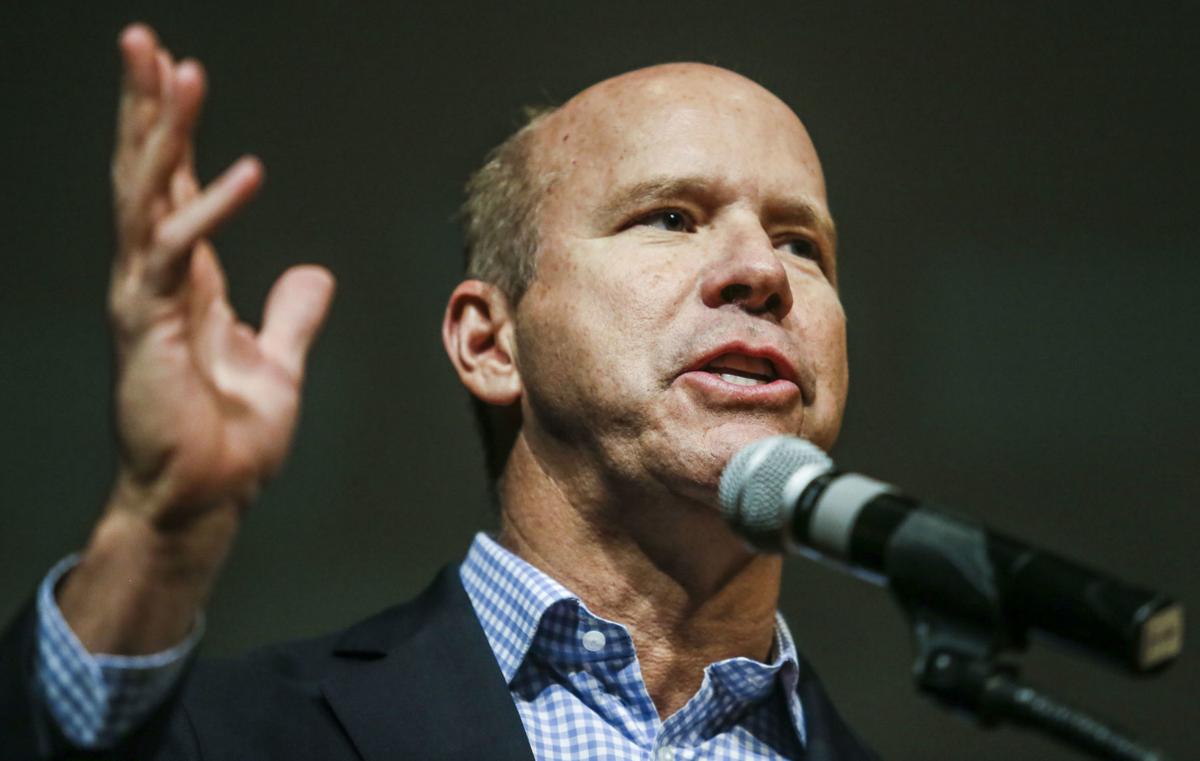 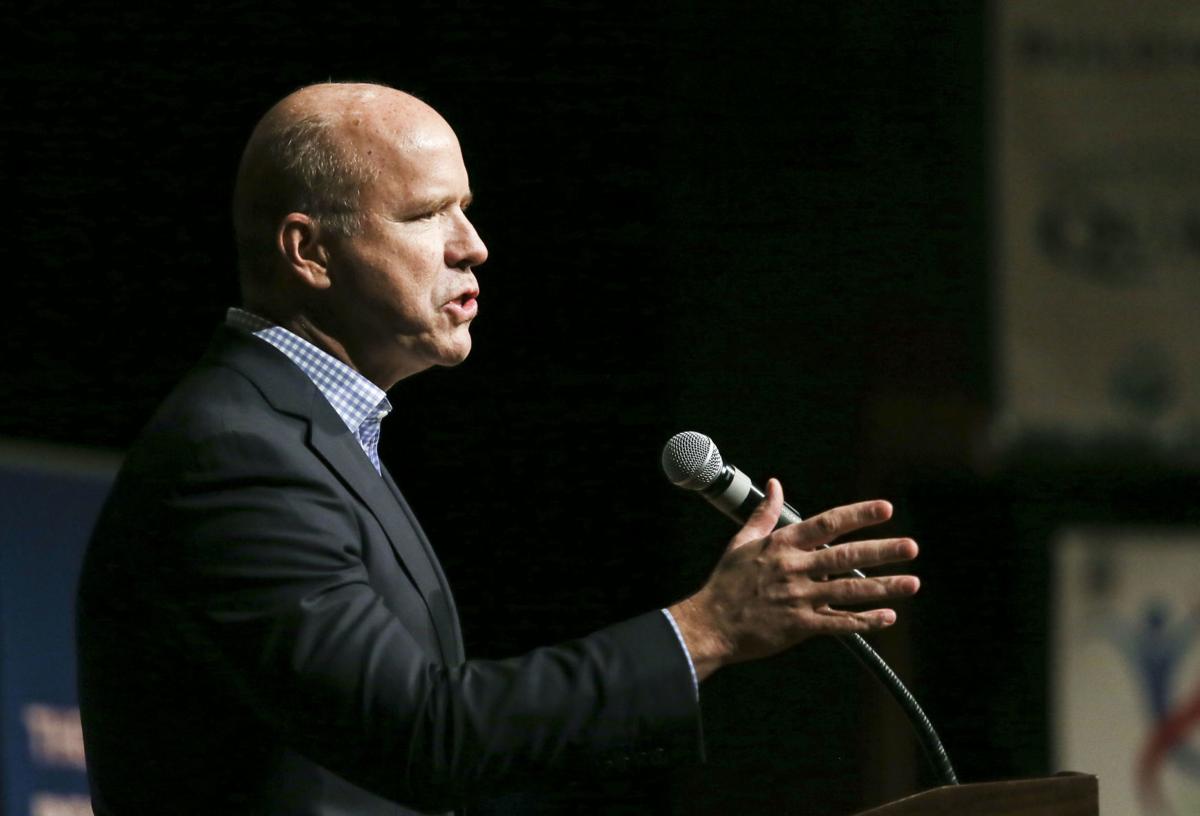 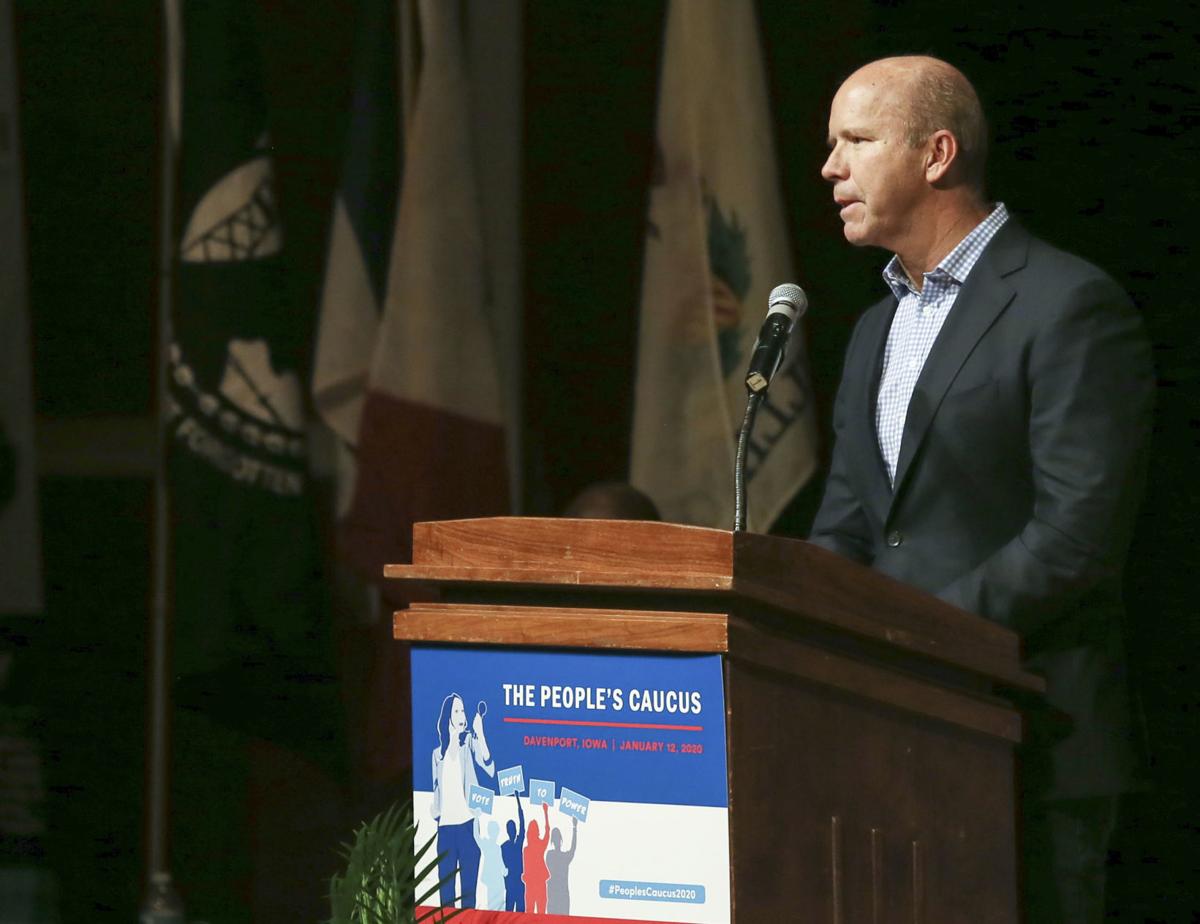 DAVENPORT — Former U.S. Rep. John Delaney, a moderate Democrat from Maryland running for president, is polling at 0% in Iowa. He hasn’t been on the debate stage since July.

Yet the 56-year-old former CEO is still campaigning because he thinks he’ll beat expectations, he told the editorial board of the Quad-City Times and Moline Dispatch-Argus Monday.

“The results of the Iowa caucus are important not just for who wins but for who does better than people expect, because that sends a message,” Delaney said. “At the end of this day, this isn’t about me. If I do better in Iowa than expected, these ideas get life too.”

“These ideas” include several Delaney has stumped on since announcing his campaign, in mid-2017: universal health care, although not Medicare-for-all; free trade, including support for the Trans-Pacific Partnership (TPP) deal; a carbon tax; doubling the Earned Income Tax Credit nationally; an anti-isolationist foreign policy; and the idea that “innovation creates more jobs than it displaces.”

“Everyone who says the world doesn’t get better every year isn’t looking at the facts,” Delaney said, citing the worldwide reduction in poverty. “The facts favor the optimists.”

And yet Delaney isn’t quiet about the “crisis” he sees in small towns across Iowa, where his campaign is devoting its energy in the final weeks before the caucuses. “There’s legitimately a lot of anger out there,” Delaney said, “and I think the anger is based on a reality: the federal government hasn’t solved a lot of these problems, and it should have a long time ago.”

Delaney occupies a spot in the Democratic Party’s centrist wing. On Monday he took shots at some of the left-leaning candidates, particularly Vermont Sen. Bernie Sanders and Massachusetts Sen. Elizabeth Warren. He also panned some of the bolder policy proposals receiving national attention.

The universal basic income, a hallmark of entrepreneur Andrew Yang’s campaign, is “the worst piece of legislation being talked about in this election,” said Delaney, who favors “more progressive” safety net policies that differentiate between citizens in-need and citizens with means.

The first candidate to have visited all 99 Iowa counties, Delaney also distinguished himself from the two left-leaning senators from New England.

“The Republican Party wants to put up physical walls to keep immigrants out,” Delaney said. “If you listen to Sanders and Warren and some of these other folks, they want to put up economic walls. There’s no difference, really, at the end of the day.”

“I believe this notion that the private sector, the government sector and the nonprofit sector working well together is the best way we solve problems,” he added. “This notion of vilifying different things is crazy. That’s not how you make progress.”

Delaney also defended his centrism as both a pragmatic and political strategy. The 2020 election, he said, will generate enthusiastic turnout among both Democrats and Republicans. As a result, the Democrats should court centrist and independent voters who will decide the race, he said.

“Should we be upset that the person who’s leading the Iowa caucus right now is a socialist? Yeah, I think that’s a huge problem,” Delaney said. “I think socialism is a terrible idea. That’s not who we are as a country.

“The genius of the United States of America is that we let the free market work its magic,” he added. “But what we did historically is moderated it with strong programs, like good public schools and infrastructure, with worker’s rights and with laws that protect consumers.”

On Sunday afternoon Delaney spoke at the People's Caucus presidential forum, a three-hour event at Davenport North High School sponsored by a coalition of Midwestern social justice groups. Delaney was received warmly by the 500-person crowd.

"All this amazing stuff—technology and innovation and such—is actually enormously positive," Delaney told the Times editorial board. "We shouldn't villainize it. We actually have to embrace it and make sure we bend it to benefit more Americans."

A democratic socialist, a Republican and an ex-CEO walked into an Iowa auditorium Sunday. That's not the setup to a joke but the premise of a presidential forum held Sunday in Davenport.