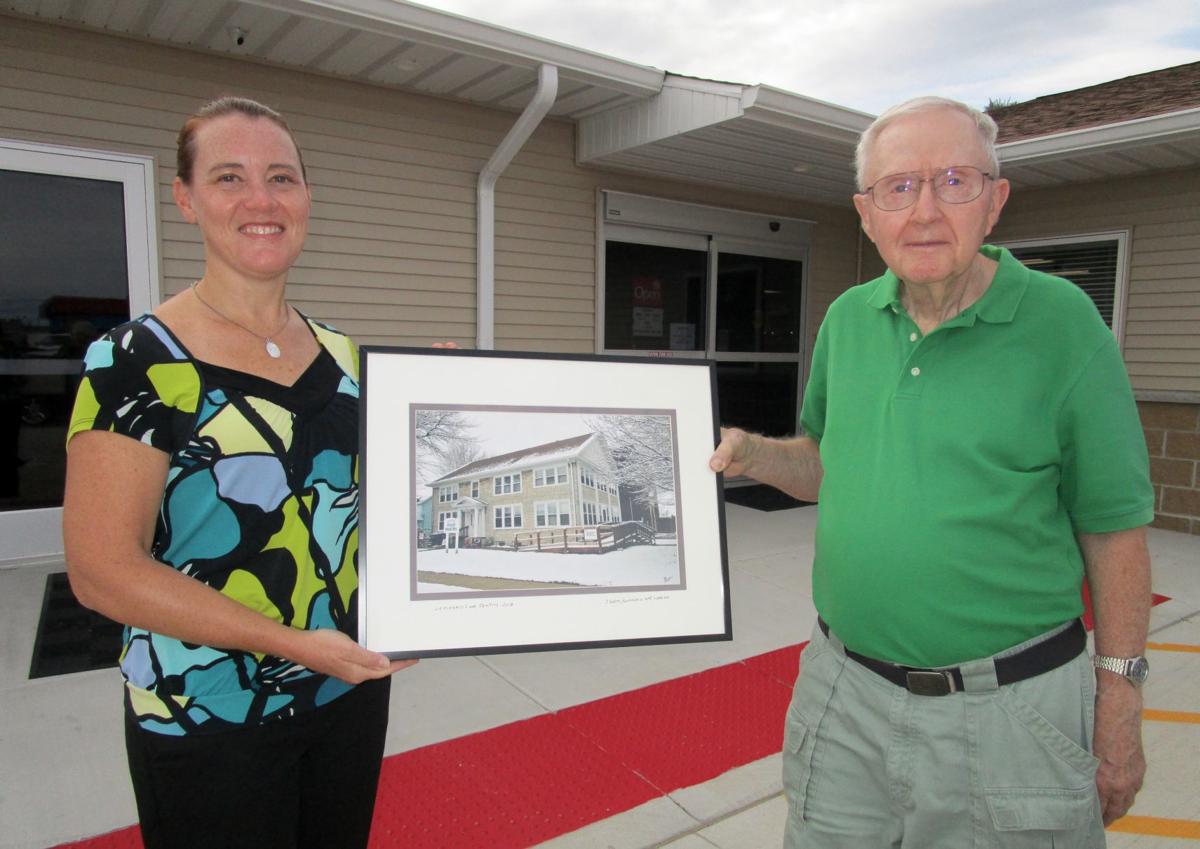 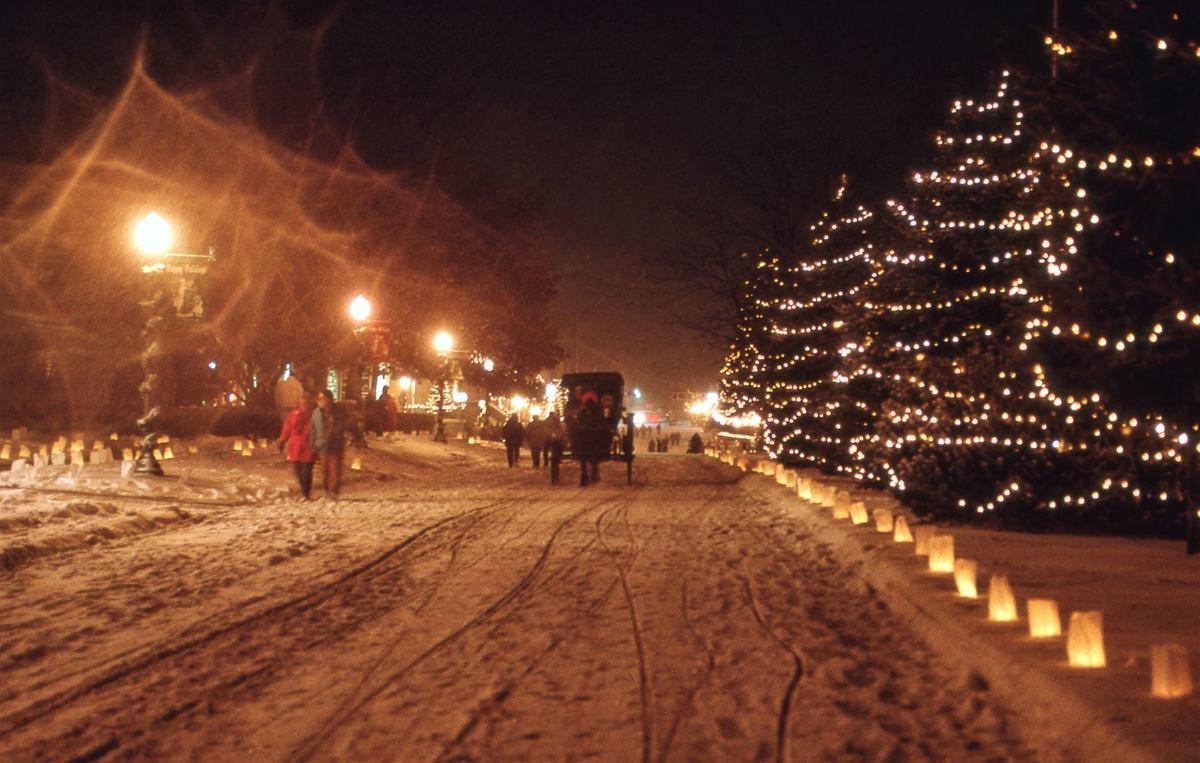 "Christmas Past," taken by Jerry Hahn during the Geneseo Victorian Walk evening in 1995 when blizzard like conditions put an early end to the festivities. The storybook night was captured on Kodachrome 200 slide film. 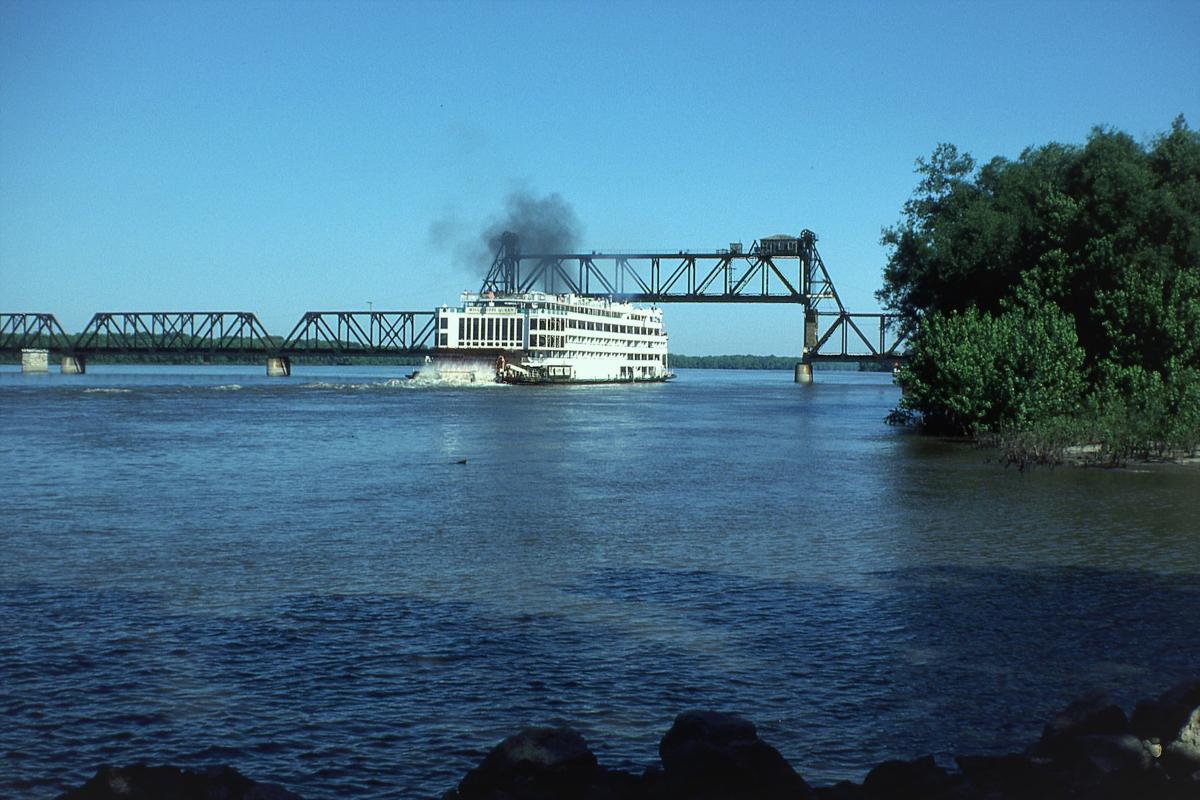 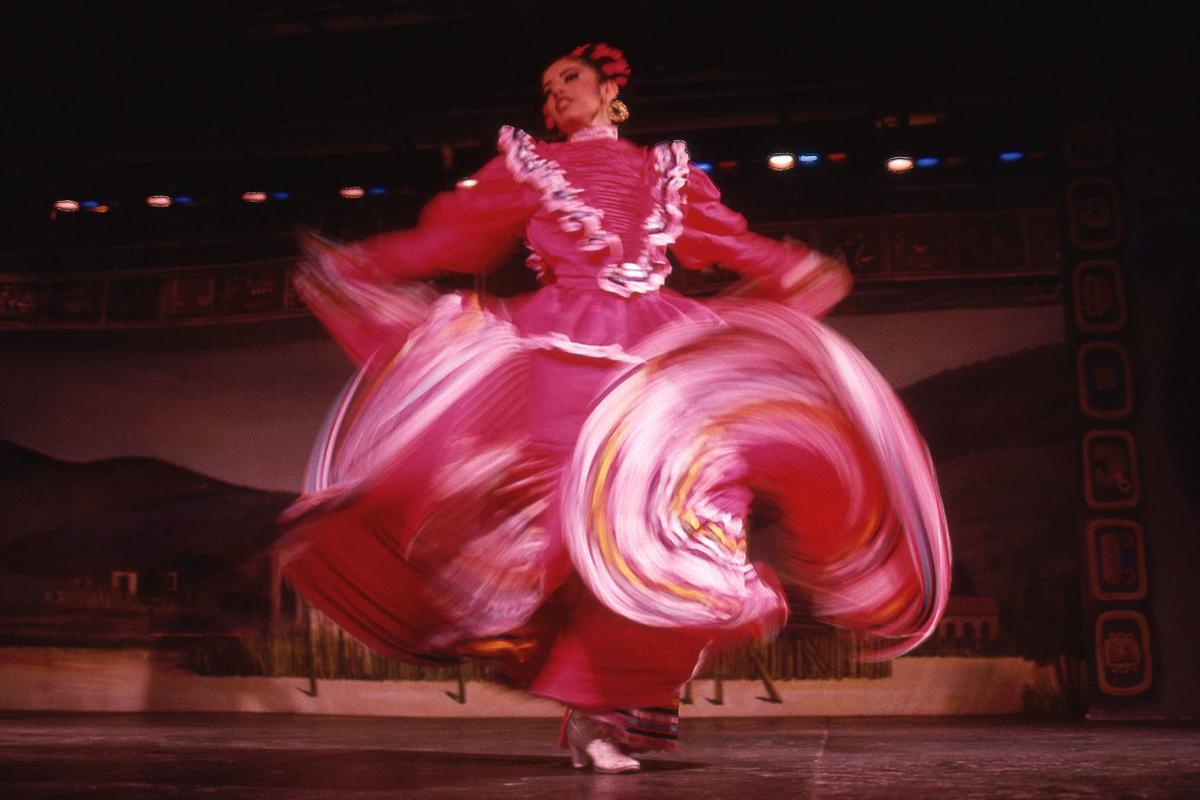 GENESEO — Artist Jerry Hahn has presented the Geneseo-Atkinson Food Pantry with a framed photograph of its former home.

Hahn said he was introduced to photography at a young age by his father and became a “self-taught black and white darkroom addict.” Work by the 20-year member of the Geneseo Art League has been the focal point of numerous exhibits.

Hahn grew up and attended school in Hillsdale, graduating from Riverdale High School in 1957. He said his father, the “family photographer,” introduced him to photography.

He earned a business administration degree from Illinois Wesleyan University, Bloomington, in 1961. He was a campus photographer and, in the summer, a photographer at the John Deere Lab in Moline.

Hahn said a vacation to Mexico City introduced him to shooting color slides. During his senior year in college, although not an art student, Hahn’s work was displayed at Illinois Wesleyan.

After college, Hahn enlisted in the U.S. Army. He attended photo lab school and was a photographer/lab tech for the balance of this three-year enlistment in California and Nuremburg, Germany. His travels and work in Germany, he said, enriched his experience.

“It also introduced me to color negative work and, most importantly, introduced the concept of fine-art photography,” he said.

Not long after returning to the U.S. in 1964, Hahn worked a year with the U.S. Army Corps of Engineers, recording an record upper Mississippi River flood and ice jam before starting a 32-year human resources career at the district office in Rock Island.

After his marriage in 1967, he and his wife, Jean, a Geneseo math teacher, established a home photo studio in Geneseo. For 11 years, Hahn also was a part-time sports photographer for the Geneseo Republic.

He retired in 1997, joined the Geneseo Art League and continued his photography work. After a 2004 drive to Alaska, Hahn sold 25 to 30 slide images to the annual national travel publication, Mile Posts. The images were published in 2005-2007.

Hahn said he has switched primarily to digital photography, mostly retaining the use of traditional silver halide prints. He said he prefers the prints to ink-jet and dye sublimation prints.

Earlier this year, his black and white photos from a 2016 river boat trip in Europe were exhibited in the Geneseo Art League. Rather than purely travel photos of European landscape and architecture, the photos concentrated on what Hahn called “steet photography,” featuring candid photos of local people.

Hahn said the shots and print work traditionally has been done in black and white by photographers such as Henry Cartier Bresson, 1908-2004. Hahn said Bresson is famous for his ability to capture “the decisive moment” when photographing people in their normal environment.

Hahn’s prints are available in Geneseo at the art league, The Cellar Restaurant, the State Street Cafe, the Geneseo Public Library and Hammond-Henry Hospital.

Meghan reveals she had suicidal thoughts

Gross things never were particularly funny, but they're even less amusing now.

The Senate worked through the night and into midday Saturday to pass Democrats' $1.9 trillion COVID-19 relief bill, which will now go back to the House to approve the Senate's tweaks.

Democrats' sweeping bill could change how we vote

The stakes are monumental, with potential to shape election outcomes for years to come. It also tests how hard President Joe Biden and his party are willing to fight for their priorities.

A man suffered a gunshot wound Thursday in what appears to be a rolling shootout in the 100 block of West 65th Street in Davenport, police said.

"Christmas Past," taken by Jerry Hahn during the Geneseo Victorian Walk evening in 1995 when blizzard like conditions put an early end to the festivities. The storybook night was captured on Kodachrome 200 slide film.