SPRINGFIELD — Rep. Emanuel “Chris” Welch made history Wednesday by becoming the first Black person elected speaker of the Illinois House. He succeeds Rep. Michael Madigan, who leaves the job after serving for 36 of the past 38 years.

The House came into session Wednesday afternoon to begin the 102nd General Assembly just moments after it adjourned a rare lame-duck session that ended the 101st biennial session.

Speaking on the floor of the Bank of Springfield Center — where the House has met to allow for social distancing because of the COVID-19 pandemic — the Hillside Democrat issued a call for unity, vowing that he would no longer refer to other House members as “Democrats” or “Republicans.”

“Today will be the last time I talk about us as Democrats or Republicans because I want to talk about us being united,” Welch said in his inaugural speech. “We’re going to work together to move this state forward.”

Welch was elected speaker by a vote of 70-44 over House Minority Leader Jim Durkin, R-Western Springs. And while Durkin opened his remarks by saying he was “extending an olive branch of cooperation, starting today,” he then launched a verbal polemic against Madigan, who is leaving the speaker’s office amid a cloud of corruption allegations.

“While his reign as speaker is all but over, his decades in power will never be erased,” Durkin said. “What we have here through this unique and rare opportunity is the ability to break from the past, to break that business model, because they are as apparent as the masks on our face.”

Last summer, Durkin initiated the petition that forced the House to form a special investigating committee to probe Madigan’s role in a bribery scheme involving utility giant Commonwealth Edison and determine whether disciplinary actions should commence.

But it was Welch who chaired that committee and made sure it did not recommend disciplinary action.

Madigan, who on Monday announced he was suspending his bid to remain speaker, issued a statement Wednesday congratulating Welch as "speaker-elect" minutes before lawmakers were set to make the vote official.

“As I prepare to pass the speaker’s gavel to a new generation of Democratic leadership, I want to thank the people of my district and the members of the House Democratic Caucus for the faith and trust they have placed in me over the years," Madigan said in the statement. "I want to thank my staff for their hard work on behalf of every member of this caucus. It has been the honor of a lifetime to help bring people of different experiences and backgrounds together to serve our state.

“It is time for new leadership in the House. I wish all the best for Speaker-elect Welch as he begins a historic speakership. It is my sincere hope today that the caucus I leave to him and to all who will serve alongside him is stronger than when I began. And as I look at the large and diverse Democratic majority we have built — full of young leaders ready to continue moving our state forward, strong women and people of color, and members representing all parts of our state — I am confident Illinois remains in good hands.”

Lawmakers and police officials are divided on the sweeping criminal justice reform package passed by the Illinois legislature early Wednesday morning during the lame-duck session.

In his farewell address released Tuesday afternoon, President Donald Trump said he will pray for the success of the next administration.

City administrator anticipates system to be operational in "two to three weeks."

When will Americans see the aid from Biden's relief proposal? It's up to Congress

There's a lot that has to happen before Biden's plan — which is chock-full of measures long favored by Democrats — becomes law. Here's a closer look.

The city of Moline will take over the maintenance and operation of Coal Valley's water system.

SPRINGFIELD – The state’s COVID-19 seven-day average case positivity rate dropped to 5.7 percent Tuesday, the lowest it has been since Oct. 23.

Five days into the Iowa legislative session, lawmakers and staff have been alerted that someone “associated” with the House has tested positive for COVID-19.

If you were planning to attend the presidential inauguration of Joe Biden and Vice President Kamala Harris next week, forget about it.

Donald and Melania Trump will leave the White House Wednesday but won't invite their incoming counterparts, Joe and Jill Biden, inside before they do. 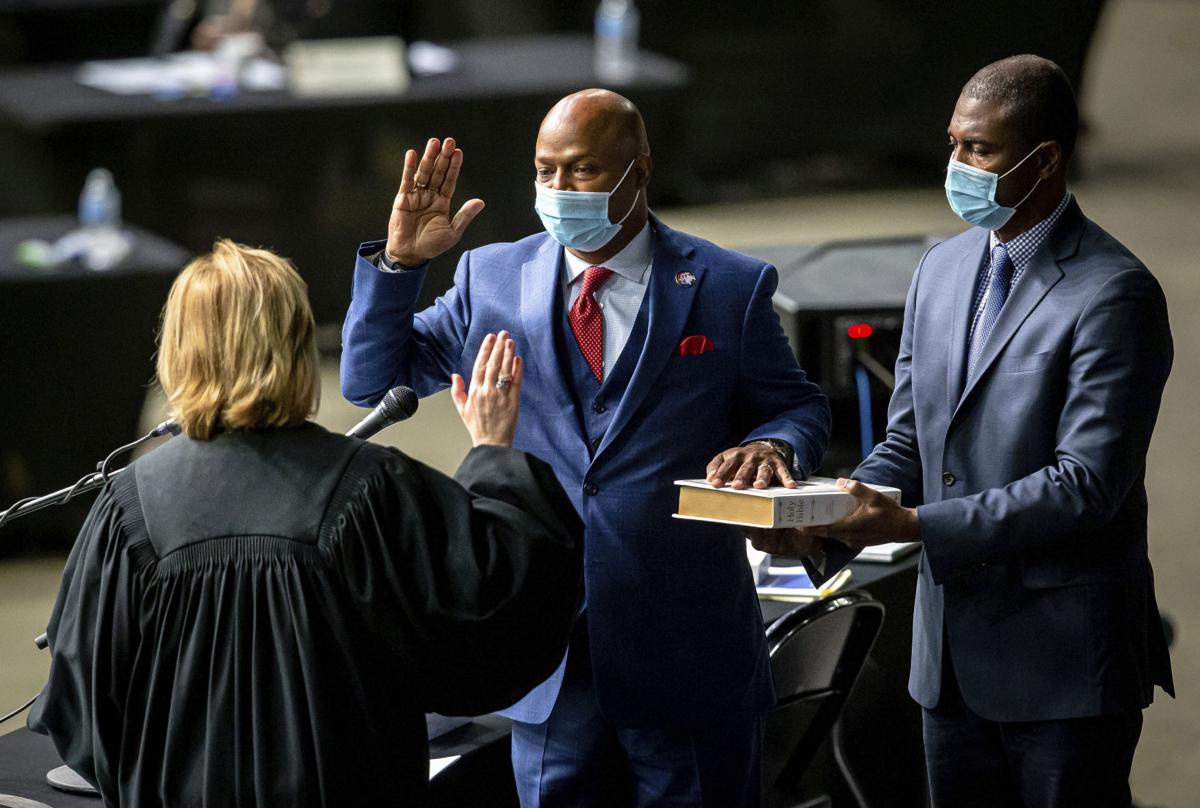 Illinois State Rep. Emanuel "Chris" Welch, D-Hillside, takes the Oath of Office to become the Illinois Speaker of the House for the 102nd General Assembly for the Illinois House of Representatives at the Bank of Springfield Center, Wednesday, Jan. 13, 2021, in Springfield, Ill. 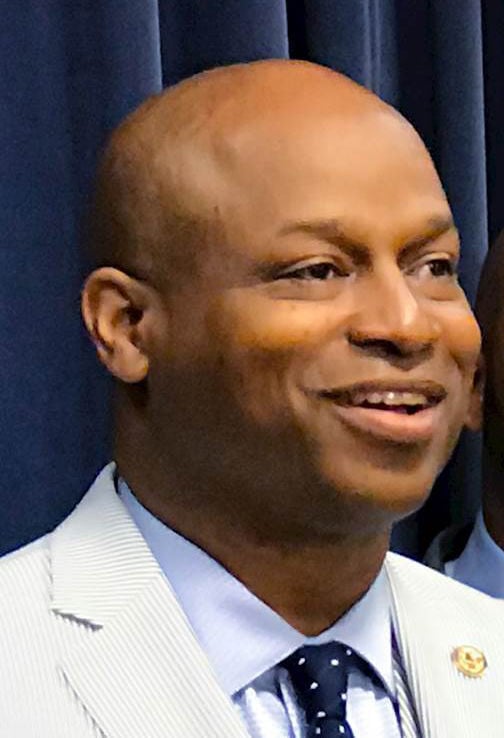 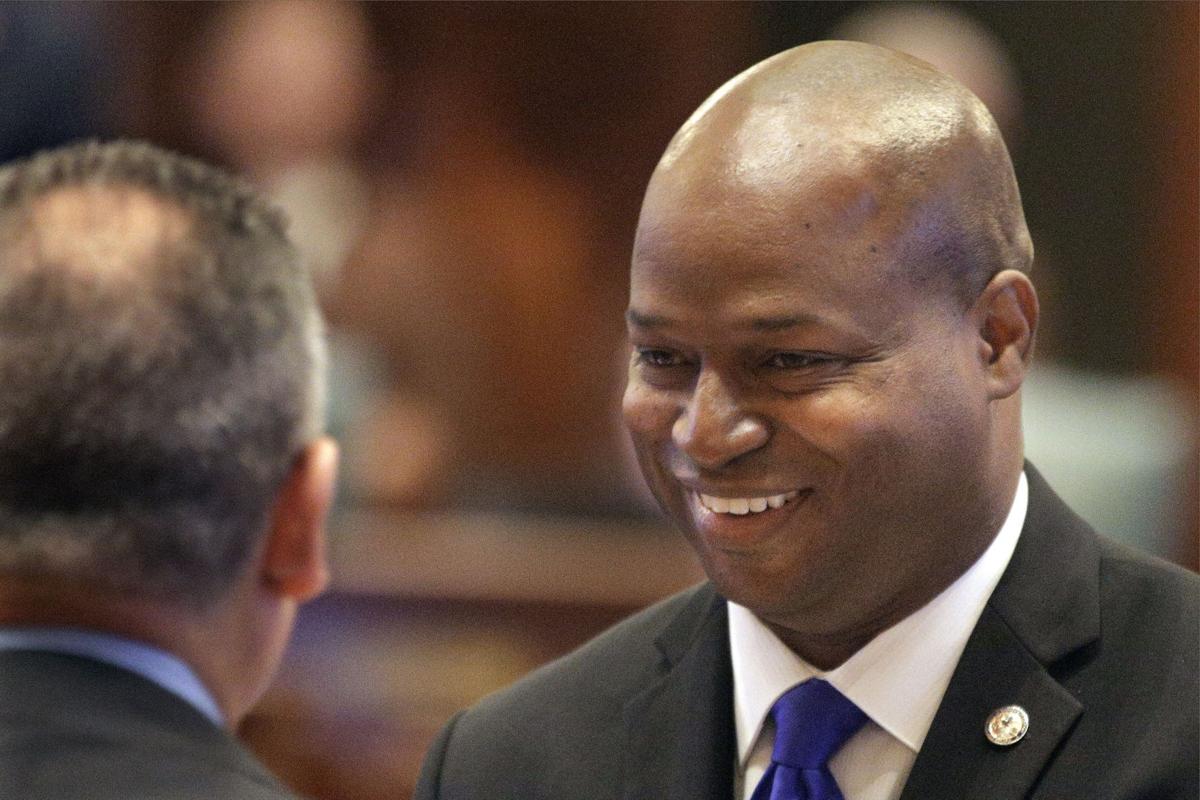