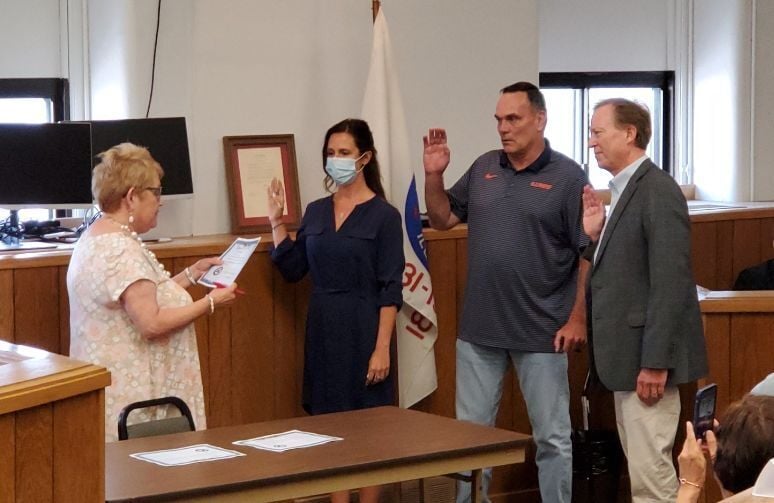 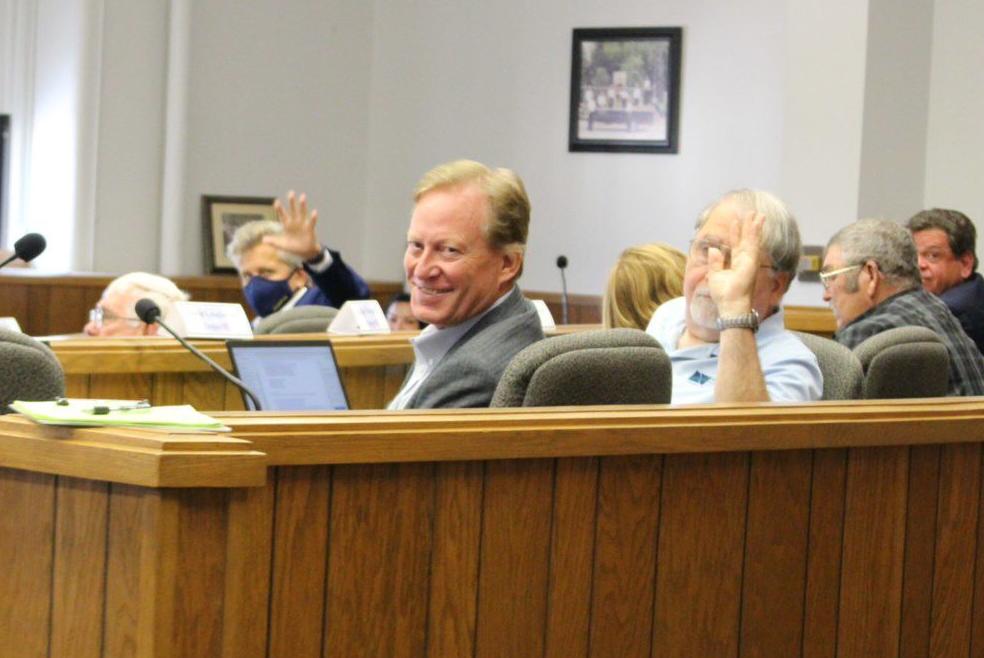 Rock Island County board member Porter McNeil smiles at his family as they exit the board chambers shortly after McNeil was sworn in to represent District 10 on Tuesday, July 20, 2021.

Rock Island County board members on Tuesday approved the appointments of three new people to fill vacancies for districts 3, 10 and 23.

District 3 will be represented by Michael Burns of Silvis. Burns takes over for Scott Noyd, who passed away May 5.

Burns is a former police officer and was twice elected to the board. Burns said it was good to be back in the board chambers.

"When the opening came up, I thought I could help," he said.

District 10 will be represented by Porter McNeil, of Moline. The seat was vacated by Pat O’Brien after he was elected to Moline City Council April 6.

McNeil is a public affairs and communications consultant.

"It's exciting; for me it's a continuation of being involved with the community and trying to make a difference," McNeil said. "I've got a lot to learn. I'm glad to be able to move forward and get into office here tonight and start doing more homework in the next several weeks. Hopefully I'll make an impact on the board and county."

Kristin Bogdonas of Rock Island will represent District 23. The seat was vacated by former Board Chairman Kenneth "Moose" Maranda, who resigned April 30.

Bogdonas is a nutrition and wellness educator with the University of Illinois Extension.

"I'm feeling very honored to be considered for this new role and excited to see what this next year brings," Bogdonas said. "They reached out to me, asking if I would be interested. I was curious (about) what this position was going to entail. I asked a lot of people before I made my decision and spoke with some friends who have had experience with county government, who also sit on county boards in other counties in Illinois.

"After speaking with them and doing some research, I decided it would be a good fit," she said. "And here I am today."

The terms for all board members will expire in November 2022, when the county will be reapportioned from 25 to 19 districts. The deadline for remapping is the end of December. If any board members find themselves sharing one of the new districts, the primary election is June 28.

We're just a few short days away from the annual Bix celebration in downtown Davenport. A slight chance of showers is forecast for today, then…

Rock Island County board member Porter McNeil smiles at his family as they exit the board chambers shortly after McNeil was sworn in to represent District 10 on Tuesday, July 20, 2021.