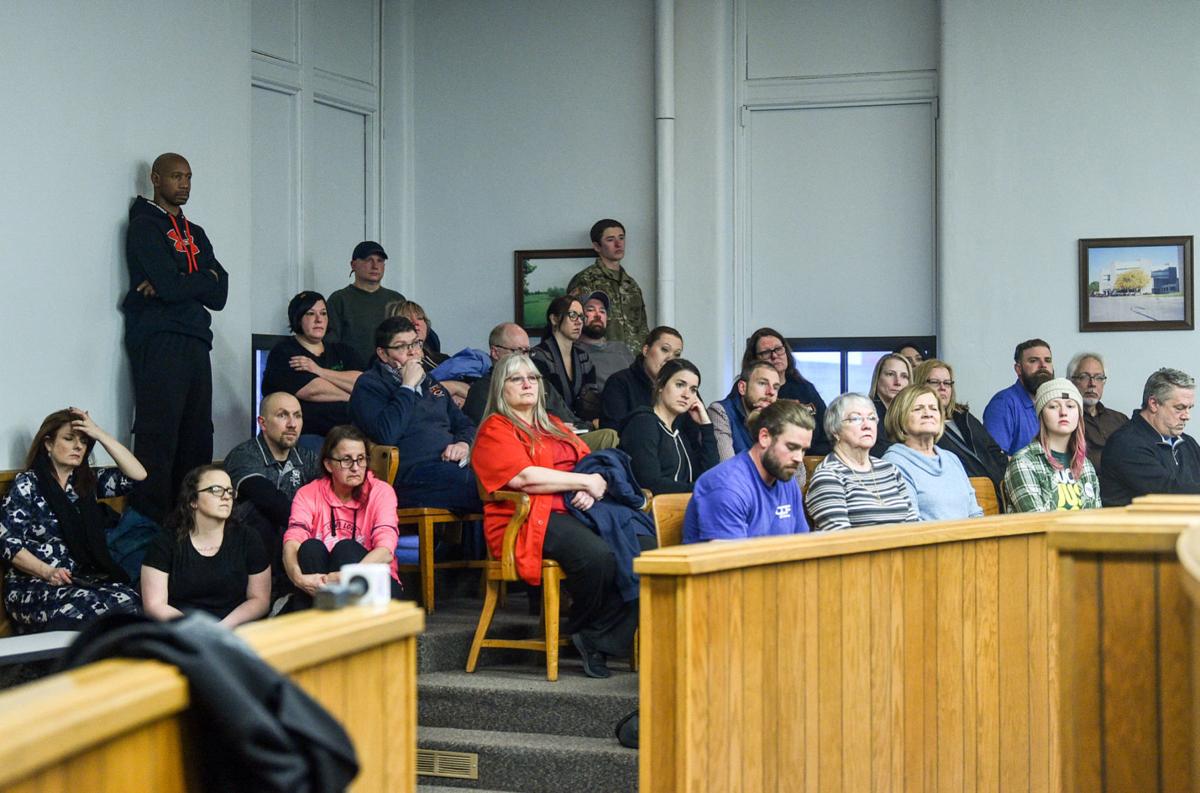 County board members on Wednesday voted to modify a resolution that would have given the elected offices of circuit clerk, recorder, coroner and auditor increases from their base pay of $91,800 to $93,636.

"The officeholders have advised me they are requesting that the board not increase their salary in the next four years," Snider said.

"You're saying the folks that would get the increase said they do not want the increase?" said board member Pat O'Brien.

Snider explained the pay increases were proposed because salaries of elected offices are required by state statute to be set 180 days in advance of their election. Assistant state's attorneys will still receive raises as part of their collective bargaining agreement, Snider said.

"This was brought forward in a timely fashion," he said. "It's a regular practice for this time of year, every two years."

Fifteen deputy clerks in the circuit clerk's office and two legal assistants were laid off May 8 due to an 80 percent drop in court activity from COVID-19 restrictions.

Prior to Snider announcing there would be no pay increases for the four elected offices, several residents weighed in during the public comments portion of the meeting to express their disapproval.

"I am upset with the fact you are considering raises for elected officials," said Gary Snyder. "Circuit Clerk Tammy Weikert (laid off) 15 employees because revenue isn't coming in. Certainly it's a slap in the face to the taxpayer and the 15 people who were laid off. The people who are going to receive (the raises) won't even notice it in their paycheck."

"This raise is just outrageous, there's no question about it," said Bill Long. "We cannot afford the salaries we have now. We have to cut expenses and we have to cut salaries."

Board members expressed their gratitude to the elected officials for putting off raises at this time.

"I just want to say that I appreciate the withdrawal of salary increases," Dorothy Beck said. "I think it shows remarkable sensitivity to the situations that are going on all over this country and all over the world, so thank you."

"I'd also like to thank the public officials for taking a step forward and making sure taxpayers are listened to," Luis Moreno said.

Weikert said she expects revenue in the circuit clerk's office to continue to drop in the coming months. The office has seen a 76 percent drop in case filings and with that, a drop in the associated filing fees. The drastic drop in revenue is the reason why 15 employees were laid off, she said.

"It is inappropriate at this time to even consider something like a raise," Weikert said. "It is detrimental for my office to be able to function under these conditions. We had to reduce staff now so we can sustain ourselves going forward. We had no choice.

"It is my intent to call back those employees as quickly as I can."

Plans are in motion to lay off additional Rock Island County employees as the county continues to lose money amid the coronavirus pandemic.

Less than a week after laying off 15 deputy clerks in the Rock Island County circuit clerk's office and two legal assistants in the state's attorney's office, county officials are considering pay increases for elected offices, including Circuit Clerk Tammy Weikert.

More than a dozen clerks were laid off Friday morning from the Rock Island County circuit clerk's office along with two clerical staff from the state's attorney's office. Depressed court activity because of COVID-19 restrictions was cited as the cause.