ROCK ISLAND — Employees of the Rock Island County Health Department confronted county board members on Tuesday, saying their numerous complaints about an allegedly abusive manager have been ignored.

More than 100 people packed into the county office building chambers, many of them wearing green T-shirts with the AFSCME (American Federation of State, County and Municipal Employees) logo as a sign of support for the health department employees.

Five people recounted incidences of mistreatment by Shari Langley, a supervisor in the Infectious Diseases Division of the Health Department, and accused board members and county officials of doing nothing to alleviate the ongoing situation.

Elvia Ortiz said she has worked as a phlebotomist in the Health Department for 11 years.

"I have never come in contact with a supervisor with the type of behavior as the one I currently have," Ortiz said. "One who invades others' personal space while verbally attacking them; one who approaches you aggressively while pointing fingers. One who has made the statement, 'I hate her.'

"I feel threatened because the aggressive behavior has been escalating and I have been on the receiving end from (Langley)," Ortiz said. "It's all because she is categorizing my (Hispanic) culture as something 'less than.' There is discrimination based on gender, race, nationality and disability at the Rock Island County Health Department."

Ortiz said the employees have been notifying county officials about the problems with Langley for nine months.

"It has fallen on deaf ears, and that's why I am here," Ortiz said.

Tannishia Garcia, a program assistant, said she has worked for the health department for 19 years.

"For the first time in my career there has been racism," Garcia said. "The administration has been made aware of the racist comments and behavior that have been (lodged) against myself and others. The first solution from management was to call the police if I feel threatened. The second was not to be alone with (Langley). The third was to make sure you are meeting in a room where there is furniture so you are separated."

Garcia said she reported the conduct to the Rock Island County board of health in April, where she said board members expressed surprise "these things were still going on" because administrators had advised them the situation had gotten better.

"After acquiring a copy of the minutes from that meeting, there's not even a record of me addressing the board," Garcia said.

Garcia said, during conversations with Langley, "I have been addressed directly as 'you people,' and as 'those people who roll their eyes and roll their necks and have bad attitude,'" Garcia said. "As an African American, I have been categorized as something 'different than.'"

Garcia said the department's refugee program is also suffering as a result of Langley's conduct, which resulted in a nurse walking off the job.

Audie Schmidt, a representative for AFSCME Local 2025, said she was addressing the board in order to hold people accountable.

"There is a hostile working environment at the Rock Island County Health Department," Schmidt said. "We've been asking for the discriminatory behavior to stop since last October. Things have only gotten worse."

Schmidt said County Board Chairman Richard Brunk and County Administrator Jim Snider have known about the issues for months.

"The union has had to file charges," Schmidt said. "The chairman hasn't called me back. Two lawsuits have been filed against the county and there are more coming. None of that is OK. This should have been taken care of months ago. I am asking this elected body to intervene to stop the harassment, intimidation, bullying and retaliation."

Hilary Knott said she has been with the health department for 25 years.

"We've dealt with a lot of issues, but never to such extremes as we are experiencing right now," Knott said. "We feel our (union) members have been retaliated against for helping other employees survive this toxic work environment. We filed an unfair labor practice (complaint) against the health department because someone was fired for giving me information during a union orientation."

"It's extremely hard to serve the public when we are constantly worried about (Langley) physically threatening and harassing us," Diehl said. "Several emails have been sent to the county board of health, county board members and human resources, but no one has responded and no one has listened. We are asking you to hear us now."

Diehl said, on April 8, Langley screamed at her for asking a question.

"She screamed at me so loud, that the manager across the hall got up and shut his door. That was his response," Diehl said. "What have I done to deserve this? On April 12, I witnessed (Langley) scream at Elvia (Ortiz) for where an expired box of blood tubes was placed."

On April 17, Diehl said Health Department Administrator Nita Ludwig told employees that if any of them emailed officials outside of the health department about the situation, "we would be disciplined for insubordination.

"What do we do when an administrator is part of the problem?" Diehl said.

After the meeting, Brunk said he became aware of the situation after he was elected chairman in December. At that time, he directed Snider to address the issues at the health department.

"There have been personnel issues at the health department for several months," Brunk said. "I'm not exactly sure of everything that transpired."

ROCK ISLAND — Another complaint has been filed against the Rock Island County Health Department involving the same nursing supervisor. 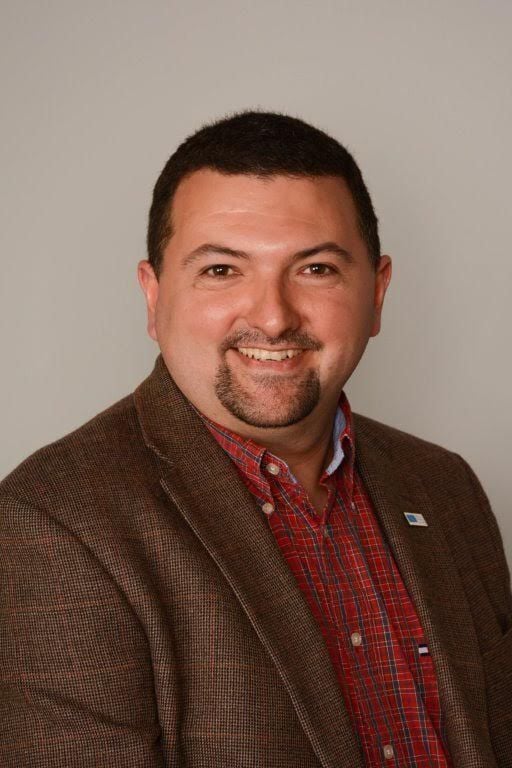