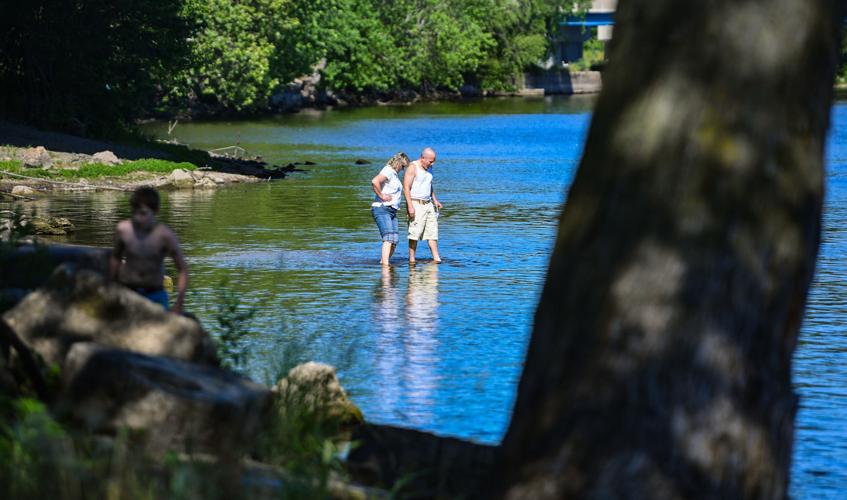 Siblings Dawn Parkhurst, of Elliot, and Mark Ricketts, of Urbana, dip their feet in the Rock River at Harold's Landing Park in Moline on June 13, 2021. 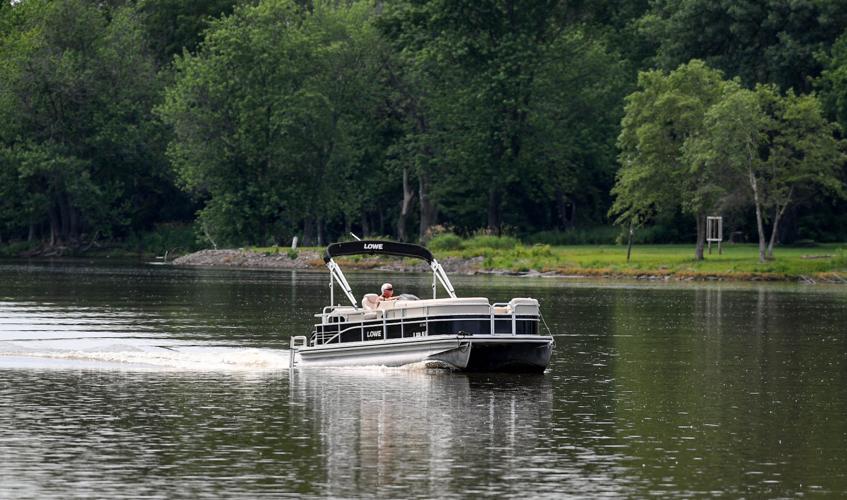 A boater cruises along the Rock River near Harold’s Landing, July 2, 2021, in Moline.

Developing south of the Rock River has been a longtime goal for growing Moline since the 1990s.

But sprinkle in a recession, COVID-19 and other roadblocks, plans for possible development have yet to come to fruition.

"It was a very rudimentary plan and focused mostly on population projections for the next 25 years," Hvitløk said.

A few challenges working against the possible development are the topography of the land, utility and roadway infrastructure, needing to revise a few ordinances and include subdivision regulations.

According to Hvitløk, the subdivision ordinance was killed and moved into the zoning ordinance among others.

At-Large Ald. James Patrick Schmidt asked what they would be looking at when it comes to the subdivision ordinance and if it would apply to all subdivisions and residential throughout the city.

The ordinance would cover any subdivision, residential, commercial, industrial or any division of land within the city.

City Administrator Bob Vitas said it would work similar to the form-based code that is in the works for downtown development for land around the old I-74 bridge.

The land also presents a challenge since it is a mix of hills and bluffs it compared to the traditional grid system of streets and necessitates the need for additional infrastructure.

Follow-up plans have analyzed roadblocks the city faces and what would need to be considered for potential development.

The 2001 Comprehensive Plan addressed that future land use would need to be a low density residential south of the airport with commercial use north and southeast of the airport.

Hvitløk said that as of today there is not enough room for additional housing and commercial purposes.

That plan adopted the South Rock River Planning District that encompasses about 10 square miles bordered by the Rock River to north, 106th Avenue to the south, and the annexation boundaries with Coal Valley and Milan to the east and west.

Follow-up plans in 2009 looked at a private development plan for retail and office use for the Case Creek area; in 2011 TIF district number seven was created that is 134-acres southwest of the airport, north of 78th Avenue and Indian Bluff Road, and east of the Milan Beltway; in 2013 the then-council adopted a plan to provide a more detailed and focused plan for the area.

Third Ward Ald. Mike Wendt said he is all for the development but pointed out that it is going to be expensive and need to go about it in a methodical way.

"I want to make sure we are doing this in a methodical, smart way," Wendt said.

To achieve a thorough and updated plan, Hvitløk told the Dispatch-Argus/Quad-City Times that they plan on putting together a comprehensive annexation plan for development and working with property owners who would like to see their land developed along with those who are interested in city utilities for annexation into the city.

"The council and staff both share the desire to work collaboratively with owners on annexing their property into the city of the time of development," Hvitløk said.

The next stop in the process is updating plans from 2001 and 2013 for next year and looking at methodically growing south of the Rock River.

Sorensen, King square off in debate

Candidates for Illinois 17th Congressional district are vying for the opportunity to bring new representation to Congress.

An outdoor pool, ice-skating rink and a shared-use agreement are to be the trade-off for selling Bettendorf's Life Fitness Center.

WHAT WE KNOW: Trustees last week rejected any of the alternatives for changing their Village Hall: expanding the existing hall, renovating the Peterson building downtown or building new at the former bowling alley property.

Bettendorf approves plans for aquatic center in deal with YMCA

Bettendorf will sell the Life Fitness Center and build a large aquatics complex in partnership with the Scott County YMCA.

Newt Gingrich: Focus on inflation, crime a winning agenda for Republicans in 2022

Lawyers for former President Donald Trump have asked the U.S. Supreme Court to step into the legal fight over the classified documents seized during an FBI search of his Florida estate. The Trump team asked the court Tuesday to overturn a lower court ruling and permit an independent arbiter, or special master, to review the roughly 100 documents with classified markings that were taken in the Aug. 8 search. A three-judge panel last month limited the review to the much larger tranche of non-classified documents. A veteran Brooklyn judge, Raymond Dearie, is serving as special master. 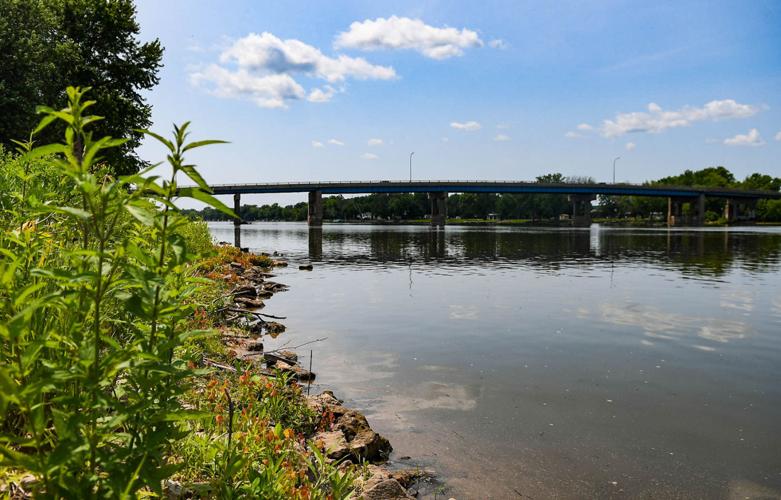 Siblings Dawn Parkhurst, of Elliot, and Mark Ricketts, of Urbana, dip their feet in the Rock River at Harold's Landing Park in Moline on June 13, 2021.

A boater cruises along the Rock River near Harold’s Landing, July 2, 2021, in Moline.