Democrat Craig Cooper is just six votes ahead of Republican Luana Stoltenberg for the House District 81 seat, which covers the northwest quadrant of Davenport.

The new totals, posted to the Iowa Secretary of State's website Friday, showed Cooper, a former journalist for the Quad-City Times and corporate communications employee for Genesis, received 5,093 votes to Stoltenberg's 5,087.

The totals are finalized but still unofficial until they are certified by the State Board of Elections. 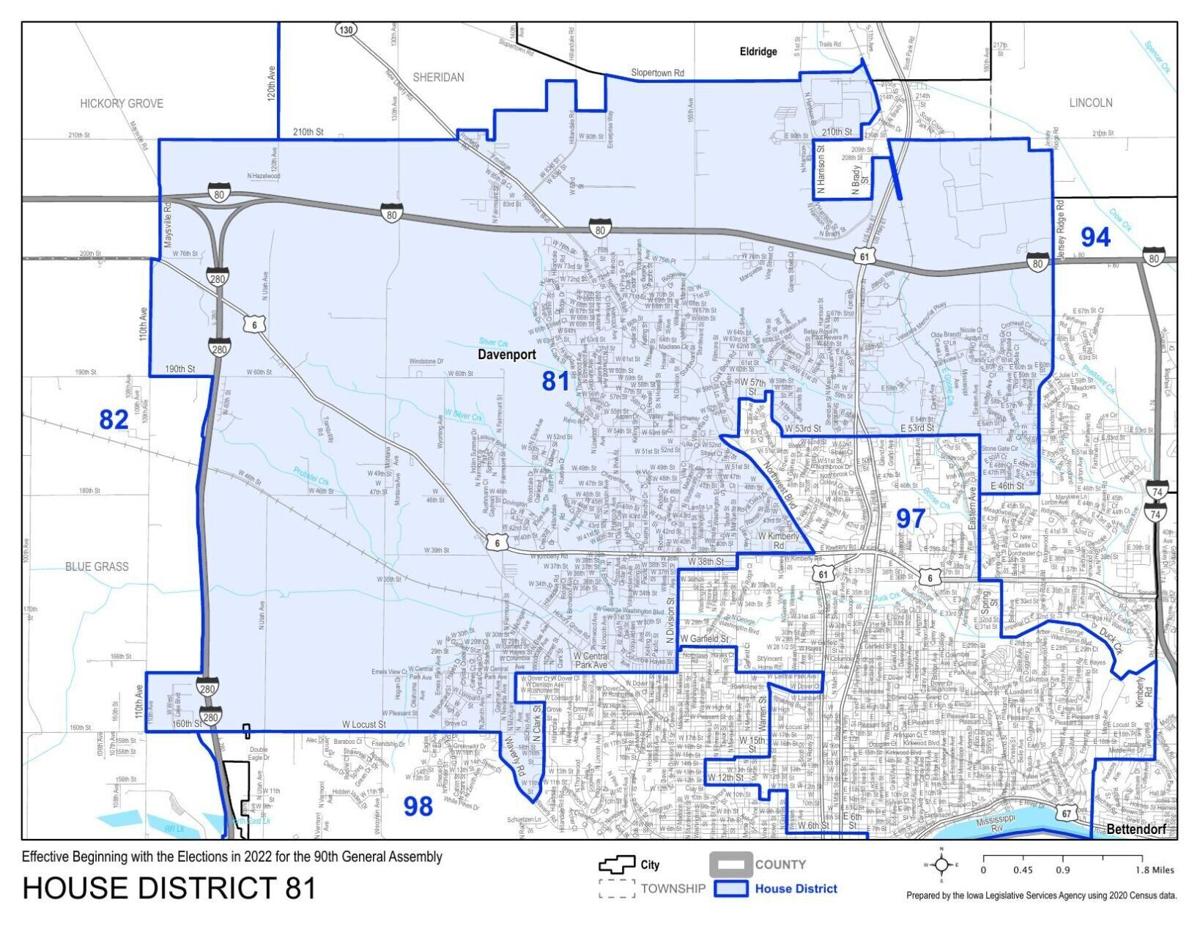 After problems with a machine recount on Tuesday — ballots kept jamming and totals at the end of the night didn't match — a hand recount was conducted Thursday and another machine recount on Friday. Unlike on Tuesday, ballots on Friday were separated into stacks of 100, which helped identify where a miscounting occurred.

The final number of absentee ballots cast in the county was 23,362, Tompkins said.

In another close race for County Recorder, Democratic incumbent Rita Vargas grew her lead to a 373-vote margin.

The Iowa Secretary of State's Office wrote in a press release that Scott County numbers had been updated on its website. According to the statement, "Following a hand count of the ballots on Thursday and a machine count on Friday, the tabulation totals matched, and every ballot was accounted for."

“Accuracy is the most important factor in elections, and we want to make sure the results are correct before they are certified,” Secretary of State Paul Pate said in the press release. “The checks and balances we have in place caught the error, and I extend my thanks to Scott County for fixing it in a transparent, bipartisan manner. The integrity of Iowa’s elections is once again upheld.”

Cooper, the representative-elect if the results hold, said since election night the recounts have been like, "riding a roller coaster for 10 days."

If the results hold, he said, he plans to use his seat to advocate for access to abortion, promoting adequate funding for public schools, and campaigning against any forthcoming Republican plans to allow families to use per-pupil funds for private school expenses.

"There has to be compromise somewhere," Cooper said of how he would plan to accomplish his priorities in a Republican-held Legislature. "And I'm willing to look at any matter and how it would impact the people I represent."

Stoltenberg, who did not immediately respond to a request for comment after the results were posted, said earlier in the week that she wasn't nervous for the outcome. She said she'd prayed about it and would either look forward to serving the district or wish Cooper the best. She credited her performance in a fairly blue district with frequent door-knocking and talking with residents.

An author and anti-abortion activist, Stoltenberg has campaigned on socially conservative issues. She opposes abortion and puts a high priority on involving parents in their students' education, allowing use of per-pupil school dollars for families to help with private school expenses and removing "pornography" and "Critical Race Theory" from libraries and schools.

Sarah is the Davenport, Scott County, and Iowa politics reporter for the Quad-City Times/Dispatch-Argus. A DeWitt native, she graduated from the University of Iowa in 2021 and was editor of the student-run newspaper The Daily Iowan.

Pilot neighborhood in Davenport will test a no-salt snowfall

Is road salt more trouble than it's worth? Davenport is testing it.

Votes to be recounted this week in narrow Davenport House race

Results of a race recount in Scott County may take a couple days, the auditor says.

Cooper v Stoltenberg race to be recounted in Scott County

The two candidates are separated by just six votes.

Democrat Eric Sorensen declared victory at around 1 a.m. Wednesday, Nov. 9, in the race for Illinois' 17th Congressional District against Republican Esther Joy King, but the margin of his lead was not large enough for either the Associated Press or New York Times to project him as the winner.

A majority of Scott County Supervisors voted to canvass the election results after more than a week of recounts.

Franken: ‘We deserve something other than a senator for life’

The world's most expensive cities to live in 2022

The world's most expensive cities to live in 2022