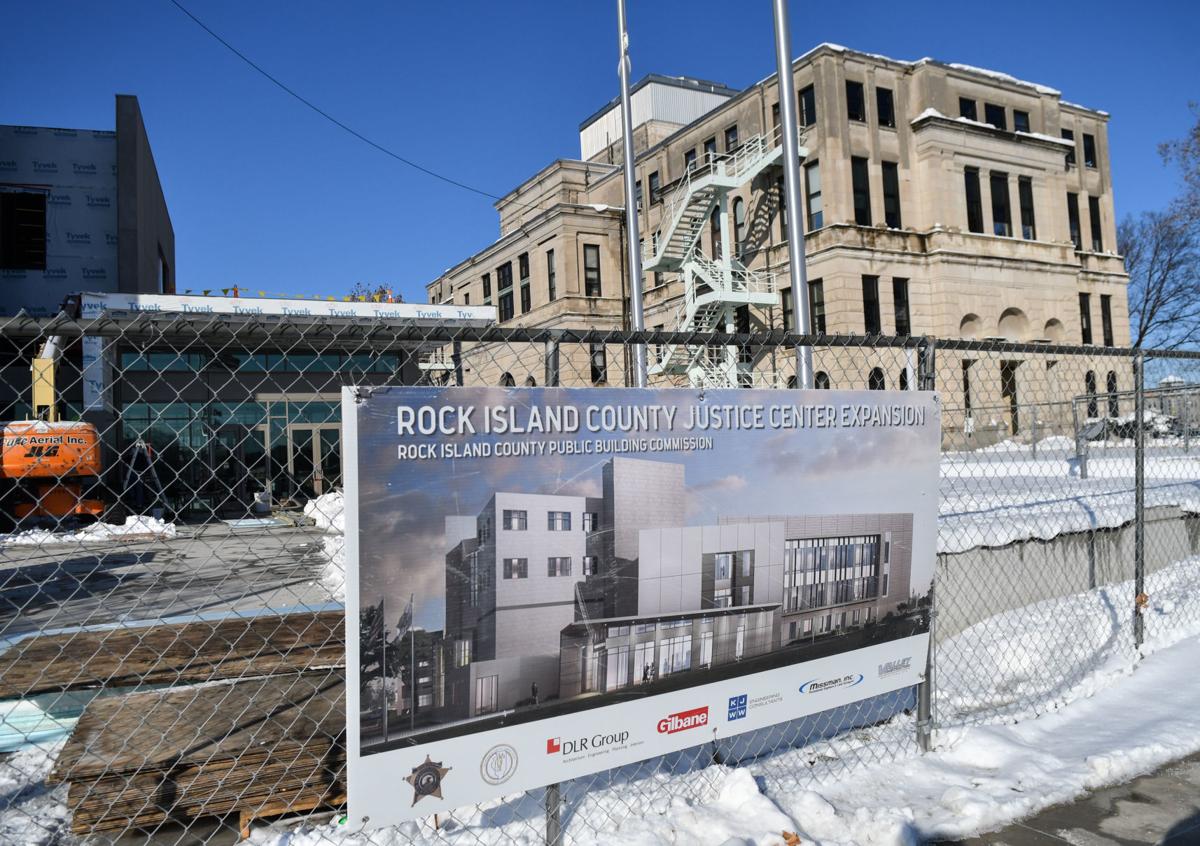 The grand opening ceremony for the new addition to the Rock Island County Justice Center is scheduled for Monday, Dec. 3, at noon. 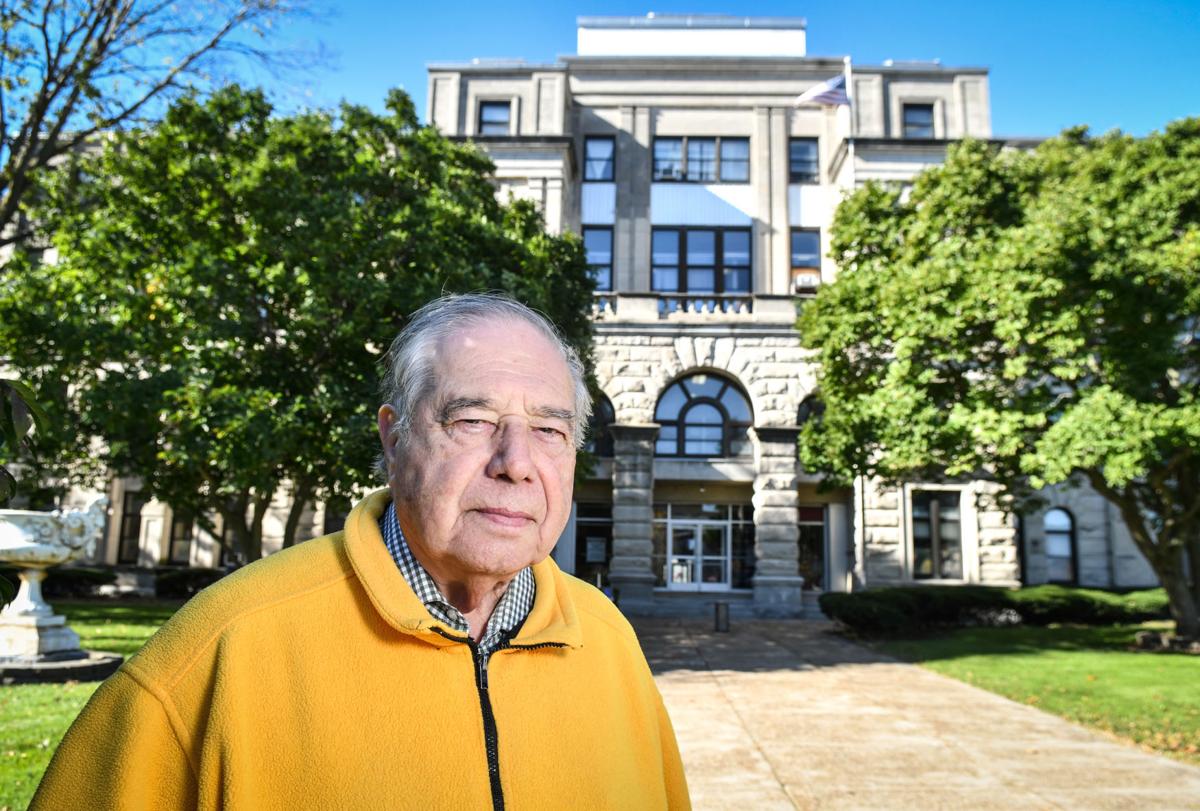 Architect Italo Milani, of Rock Island, pictured in front of the Rock Island County Courthouse Wednesday October 17, 2018, in Rock Island, has filed suit asking for a judicial review of the county using bond money to raze the historic courthouse. 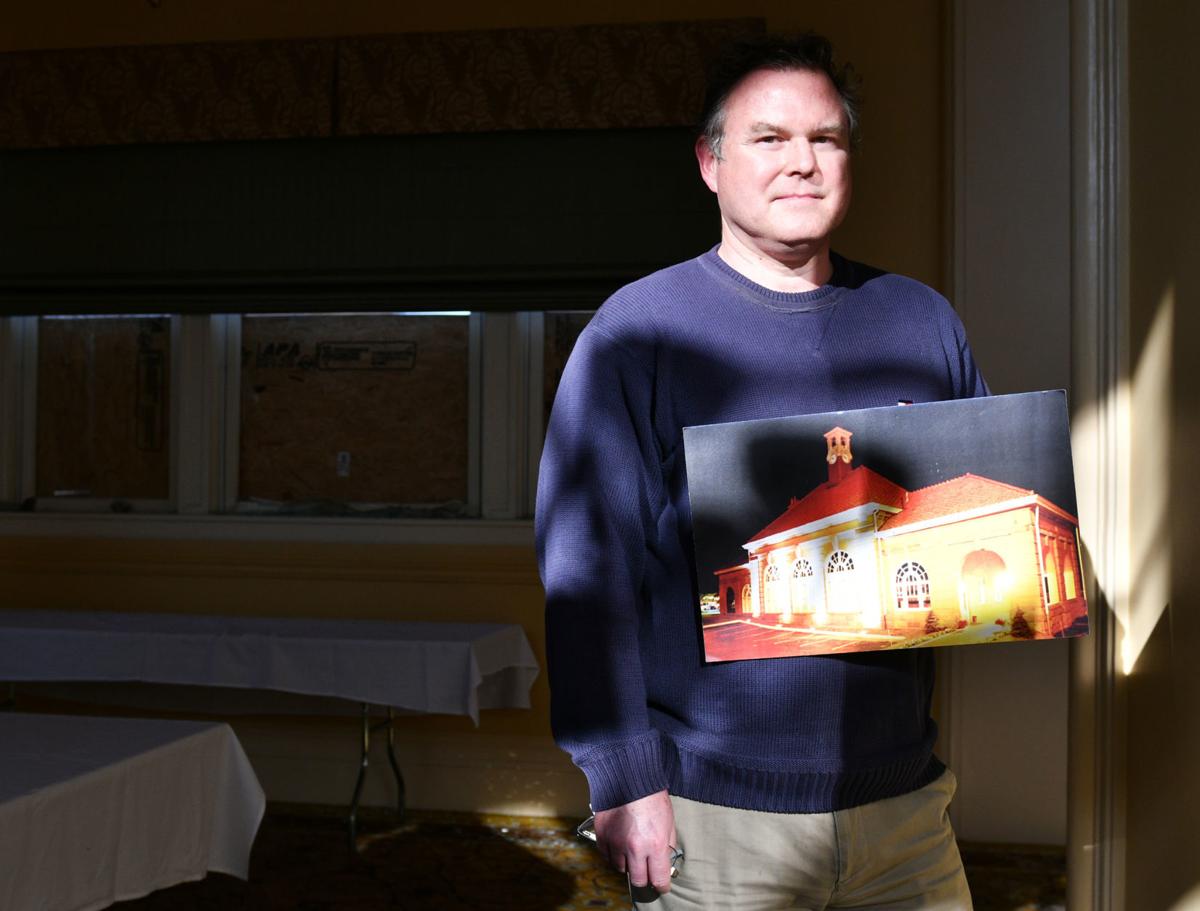 Joe Lemon, owner of the Abbey Station, poses for a portrait near broken windows Thursday, Nov. 15, 2018, in Rock Island. Lemon believes the vandalism is related to his support of the courthouse.

ROCK ISLAND — The death warrant for the Rock Island County Courthouse may be signed today when the Public Building Commission meets to review and possibly accept contracts for asbestos abatement, demolition and eventual landscaping of the space where the building now sits at 210 15th St.

The meeting, open to the public, will take place today at 3:30 p.m. at the county office building, 1504 3rd Avenue, in the second-floor boardroom.

County board members voted in July to transfer ownership of the courthouse to the commission, who will use $1.6 million in additional bond funds leftover from construction of the justice center annex. The overage is the result of not constructing a planned fourth floor on the annex, which will be renamed the courthouse once the original structure is down.

Valley Construction was the only contractor to submit a bid to raze the courthouse, at a cost of $430,490.

Advanced Environmental Testing and Abatement of Waterloo, Iowa, submitted a bid of $153,500 for asbestos abatement and removal of all hazardous materials.

Centennial Contractors of the Quad Cities Inc. submitted a bid of $182,500 for completion of all hardscape and landscape work once the land is cleared.

Despite the final hour and likelihood the commission will accept the bids, a handful of residents and preservationists are still scrambling to save the historic structure, built between 1895-97.

Members of the Rock Island and Moline preservation societies have teamed up with several local business and community leaders to apply pressure to county board members and public building commissioners in an effort to save the courthouse in recent months.

Once the contracts are signed, State’s Attorney John McGehee said the only action that would stop demolition at that point would be a court order.

Milani filed suit Oct. 11 against the county board and Public Building Commission asking for a judicial review to determine whether using bond money borrowed for the purpose of building the justice center annex can be used to raze the courthouse. He contends the funds were bonded for the sole purpose of construction, and not for demolition.

The bond counsel, Chapman and Cutler, LLP, issued an opinion in April stating it is legal to use bond money to raze the courthouse after board member Drue Mielke brought up the same issue.

One of the bondholders, Frederick Shaw, a bank executive in Inverness, Ill., sent a letter to county board members Nov. 13 also challenging the legality of using bond money for the purpose of demolition, saying it violates the Bond Disclosure and the Illinois Public Building Commission Act.

“(Milani’s) complaint is so deficient that is precludes any present action,” Braud wrote. “It does not name individual board members, there is no summons attached — the sheriff will have to serve summons (sic) on all named defendants in order to move forward — and so no one is a defendant.”

Milani’s scheduled court date of Nov. 20 was delayed until the week of Dec. 10 due to a scheduling conflict with Judge James Conway.

The law firm issued an opinion stating the Public Building Commission could not use bond money to demolish the courthouse, but neither preservation group followed through with a lawsuit.

Randy Brockway, a landscape architect from Riverside, Ill., and former Quad-Cities resident, sent letters to 58 developers in October, inviting them to purchase and renovate the building.

Brockway’s latest attempt is to buy time by trying to force a cultural resource survey, which takes six months to one year to complete. If a building receives historic preservation status, a survey is required before any such structure can be razed.

“We do have a determination from the Illinois Historic Preservation Agency that the courthouse meets historic designation,” Brockway said. “All the state historical officer has to do is determine the building is culturally significant.”

Although Landmarks Illinois said the courthouse meets qualifications, no group or individuals have applied for the building to be listed on the National Register of Historic Places in Illinois.

“Section 106 of the federal code of the Historic Preservation Act of 196, and the Illinois Preservation Act section 707 say if you are using any federal or state funds, permits or licenses to demolish, a cultural resource survey must be conducted prior to demolition,” Brockway said. “We found a state permit for the asbestos abatement.

“The county does not have to follow the study, but the law says the study must be made. I think we have the hook that we need. We don’t have money, we don’t have attorneys, but we’re doing everything we can.”

Lemon, an attorney, brings his experience in renovating historic properties and making them profitable.

In letters to County Administrator Jim Snider and commissioners, Lemon said keeping the courthouse and allowing its renovation would produce more jobs and tax revenue for the cash-strapped county.

Lemon questioned the rush to raze the courthouse and said the county could be facing legal challenges for years to come, affecting the county’s ability to issue bonds in the future with favorable ratings and good interest rates.

He proposed the idea of creating a task force made up of county officials and community leaders who would be given a timeline in which to come up with a viable plan for re-use of the courthouse.

Reuse as a museum

Michael Baxter, a Muscatine-based merchant mariner, submitted a proposal to county officials on Monday to convert the courthouse into a museum celebrating the history of the Mississippi River and its area, to be called the Rock Island Rapids Museum.

Such a museum could bring in tourists, revitalize downtown Rock Island, and spur business development.

Baxter said the letter from Landmarks Illinois stating the courthouse is eligible for placement on the National Registry pre-dates the July intergovernmental agreement transferring the deed from the county to the commission. Therefore, he argues, the agreement is invalid.

“If the reported transfer of title was not legal and if demolition proceeds, there will be economic and social harm,” Baxter said.

Rock Island County board members on Tuesday approved the appointments of three new people to fill vacancies for districts 3, 10 and 23.

After nearly 30 years of service with Rock Island County, Treasurer Louisa Ewert has announced she will not run for re-election when her third term ends Nov. 30, 2022.

What you going to do with all those humps? Davenport eyes new plan to slow speeding drivers

Davenport aldermen met Tuesday to receive a brief update and discuss a proposal to slow speeding drivers on residential streets.

Moline working toward a new plan for public art

Moline plans to add public art installations across the city.

Members of a task force deliberating ways to address what is arguably the most pressing issue facing the Quad-Cities — persistent gun violence — will continue to do so without the public's involvement.

The city of Davenport fielded 700 fireworks complaints from May to July and issued 13 citations with the help of civilian spotters.

After three years of conversations and study, Scott County leaders say they're poised to approve a funding proposal to get a long-talked about youth assessment program off the ground.

WHAT WE KNOW: Rangers at Colona's Scott Family Park are there to see that rules are maintained.

Child abuse cases have jumped from last year and tripled from 2018, according to the Rock Island County Children's Advocacy Center.

The grand opening ceremony for the new addition to the Rock Island County Justice Center is scheduled for Monday, Dec. 3, at noon.

Architect Italo Milani, of Rock Island, pictured in front of the Rock Island County Courthouse Wednesday October 17, 2018, in Rock Island, has filed suit asking for a judicial review of the county using bond money to raze the historic courthouse.

Joe Lemon, owner of the Abbey Station, poses for a portrait near broken windows Thursday, Nov. 15, 2018, in Rock Island. Lemon believes the vandalism is related to his support of the courthouse.