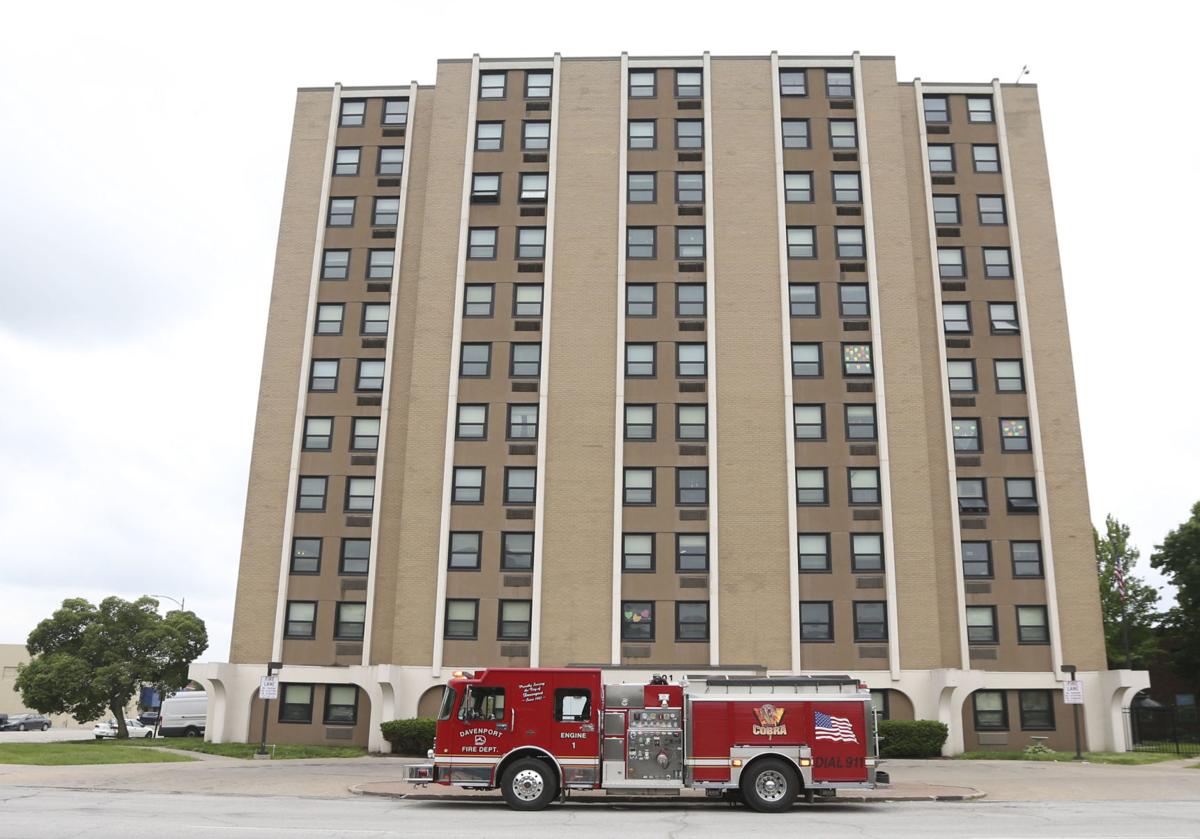 The city of Davenport is selling its public housing buildings, including the Heritage building on W. 3rd Street.

Tenants and city council members were informed of the exploration process in January. The properties are being marketed by broker Matt Kurzmann of Affordable Housing Advisors, a division of Marcus & Millichap.

In a letter to council members, Bruce Berger, director of community and economic development, said there is no cost to hire Affordable Housing Advisors and no obligation to accept any offers.

Berger said residents will not be displaced as a result of any potential transfer, and Department of Housing and Urban Development (HUD) payment programs and rules would still be in effect with a new owner. Rent payments are not expected to increase as a result of a transfer.

"The initial exploration phase is expected to last several months and to include opportunities for public review and comment when additional information is gathered," Berger wrote.

Alderman Marion Meginnis, Ward 3, said many cities around the country are selling off their public housing properties.

"Affordable housing is very important, but cities are not always the best at being landlords. It's not necessarily their expertise," Meginnis said. "Cities have expertise in a lot of things, but this is specialized.

"Whoever purchases these will have to follow the financial guidelines for who is allowed to rent them. We have some really great non-profit organizations that deal with affordable housing in the area. I would personally love to see a local company purchase, but we can't restrict it to local bids only. That would be my wish because they would best understand the local area."

Meginnis declined to confirm if there were any offers, but said the properties would likely be sold all together rather than separately.

"It's not just about housing," she said. "It's about helping the whole person."

Jim Richardson, president of the board for the Ecumenical Housing Development Group, based in Bettendorf, confirmed his group submitted a letter of interest for the properties. He said the EHDG is one of 14 letters of interest submitted to the city. He said the broker pushed back the "best and final offer" deadline from Thursday and the interested parties are now in a holding pattern.

Richardson declined to say how much EHDG offered for the package of properties.

"It's understood the city has to engage in appraising the properties," he said. "At this point it's on hold."

Get Election 2020 & Politics updates in your inbox!

Keep up on the latest in national and local politics as Election 2020 comes into focus.

Being closed for more than two months because of the COVID-19 pandemic has meant a crippling loss of revenue for cultural institutions such as Bettendorf's Family Museum, the Niabi Zoo in Coal Valley and the Figge Art Museum in Davenport.

The city of Davenport is selling its public housing buildings, including the Heritage building on W. 3rd Street.