Cleaning out your house while you're stuck at home? Not so fast -- bulk waste and yard trash are being suspended in many parts of the Quad-Cities
View Comments
Share this
× 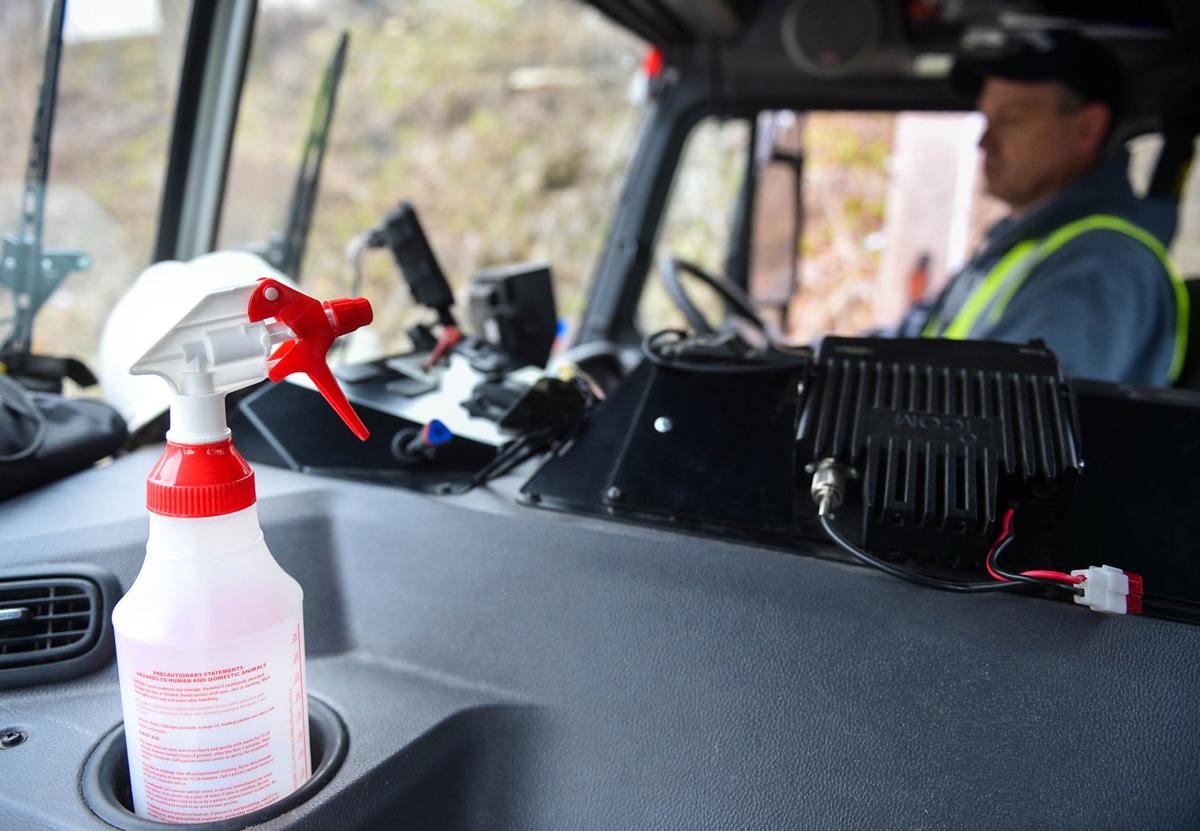 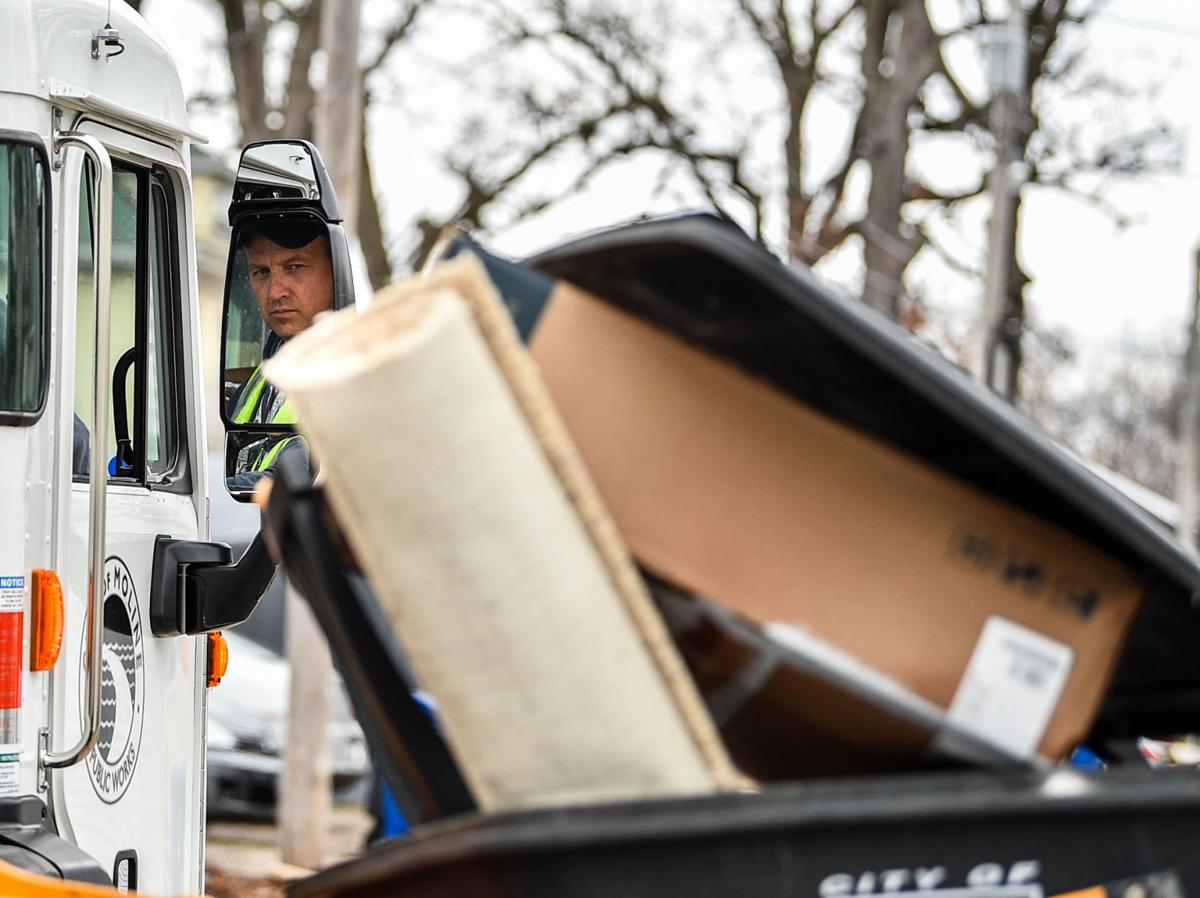 The coronavirus pandemic has caused some changes to how curbside trash and recycling are being handled in the Quad-Cities.

Republic Services, which does waste and recycling collection for some area municipalities, including East Moline, Silvis and Carbon Cliff, recently announced a list of changes to how its employees collect waste and recycling, as a safety precaution during the COVID-19 pandemic, according to a news release.

“While we are working hard to ensure the highest quality customer service and minimal service disruption, the recent surge in residential waste and unique challenges we face require us to temporarily modify our service offerings to keep your community clean and safe,” the release states.

In a presentation to customers dated March 20, Republic estimated having more residential customers staying at home during the COVID-19 pandemic would lead to a 30% increase in residential tonnage and disposal, at a cost to municipalities of approximately $2.15 per household per month.

To offset those costs, it recommended service changes, which include:

An e-waste collection planned for later in April has also been postponed.

Both events will be rescheduled when possible.

“Regular curbside collections of trash and recycling are continuing as usual,” Rodd Schick, Moline’s municipal services general manager and interim public works director, said. “For bulky waste collections, we are using machinery (loaders) to collect items whenever possible to reduce the amount of collecting by hand. When that can't be accomplished effectively, staff has rubber gloves, other PPE and hand sanitizer available to reduce their exposure.”

Rock Island has canceled bulk pickups, Randall Tweet, city manager, said. One of the city’s routes still requires the crew to pick up refuse by hand rather than with an automated lift.

Davenport is picking up waste earlier in the day and asks residents to have their bins on the curb by 6:30 a.m. Davenport crews carry or have access to personal protection equipment as a standard part of their toolkits.

Bettendorf said its waste service was operating as normal and crews also have access to personal protection equipment.

The Scott County Waste Commission also suspended its public hazardous material and e-waste drop offs, according to a post on its website dated March 20.

There were indications Wednesday that at least some of these agencies were also seeing increases in the amount of materials they were collecting.

Based on the available data, Rock Island has seen some increase, Michael Bartels, the city’s public works director, said. In the week of March 23 while people were dealing with the stay-at-home order and social distancing guidelines, the city collected 208 tons of refuse.

This was about a 6% increase over the week of March 2, which was before the restrictions or COVID-19 concerns, he said. In that earlier week, 196 tons were collected.

The total refuse collected in March by Rock Island was not available Wednesday, but would be within a few days, which would allow for a more detailed comparison, he said.

“I did check with drivers and they are noticing an increase in trash amounts,” Bartels said.

Bettendorf did not have numbers Wednesday, spokeswoman Lauran Haldeman said. Anecdotally, the city’s sanitation workers said they were collecting more. It was a slight increase in trash and a larger one for bulk collection.

Last week, the Waste Commission of Scott County averaged about five tons of extra recycling per day while trash collection was roughly the same, Kathy Morris, the commission’s executive director, said. As of Wednesday, this week appeared to be following the same trend.

Since people began staying home, Davenport has had an increase in tons taken to the landfill of about 10% to 20% depending on the day of the week, Nicole Gleason, the assistant city administrator, said Thursday morning.

Moline did not have numbers available as of late Wednesday afternoon.

COVID-19 cases continue to climb in the Quad-Cities

The number of confirmed COVID-19 cases increased by three each in Rock Island and Scott counties on Wednesday, bringing the total to 19 in Rock Island County and 21 in Scott County.

Thursday: The latest on the coronavirus in the Quad-Cities

Here's the latest updates about the coronavirus and its impact on the Quad-Cities.

Moline is now offering yard waste carts to residents, giving them the option to forgo the hassle and expense of using lawn bags.

A bar owner has been accused in Rock Island County of violating Illinois’ COVID-19 restrictions against serving food and drink on site.

An employee at the Park Vista North Hill retirement home in East Moline has been quarantined for COVID-19, but no other cases have been reported there as of Thursday morning.

The Illinois Quad-Cities’ jails have not had any cases of COVID-19 reported among their inmates so far.

PUBLIC HEALTH EXPERTS: Tips for self-care during the COVID-19 outbreak

St. Ambrose University has a public health program. The newspaper asked its faculty to weigh in on how people can support each other and the community during the pandemic. Here in full are the responses of Dr. Melissa Sharer, director of the Masters in Public Health Program at St. Ambrose University and Dr. Colleen Doak, professor in Epidemiology in the program. They provided them Thursday.

Even keeping apart, Quad-Citians are making connections with each other

The Silvis fire engine turned at the intersection and rumbled toward the house where the birthday boy waited.

COVID-19 continues to affect life in the Quad-Cities, but it's also creating jobs in certain sectors.