A sign welcomes visitors to the campus of Western Illinois University-Macomb. 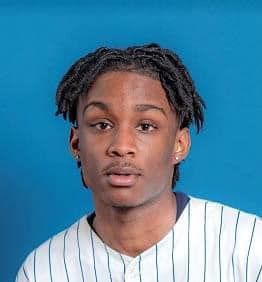 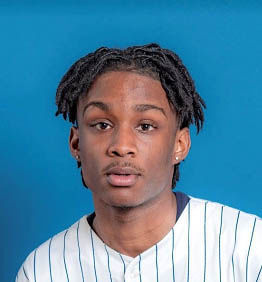 MACOMB, Ill. — The WIU student suspected of shooting his roommate is in custody in Chicago.

Kavion Poplous, 18, turned himself in just after 1:30 p.m. Wednesday, surrendering at a Chicago Police precinct before being taken into custody by the Federal Bureau of Investigation.

Poplous is accused of shooting his roommate at 10:30 p.m. Tuesday in the Thompson Hall room they shared. The still-unnamed victim is out of surgery, but his condition is unknown.

During a news conference held at WIU's Macomb campus, officials said they planned to update the public "as soon as his parents let us know." The victim was transported to McDonough District Hospital and transferred to an unnamed hospital.

A warrant for Poplous, a freshman at WIU, was issued early Wednesday. He is charged with attempted first-degree murder, aggravated battery and aggravated discharge of a firearm.

On his social media accounts, Poplous said he is a business and marketing student, as well as a graduate of Wendell Phillips Academy High School in Chicago.

Poplous also started a podcast on the Anchor application. He recorded and posted a introduction episode on July 27 that lasted just over a minute, then posted a four-minute, nine-second episode a day later that discussed the effects of COVID-19 on his senior year in high school.

On his LinkedIn page, Poplous expressed the desire to have "an impact on youth" and he tries his "hardest to be understanding."

Students who live in Thompson Hall evacuated the 19-story, 800-room building after a fire alarm sounded. WIU officials said they think the fire alarm was activated sometime after the shooting.

Students in Thompson Hall were relocated to Western Hall.

Classes scheduled for Wednesday, Sept. 16, at Western Illinois University — online and in-person classes at both the Macomb and Moline campuses — were canceled.

Counseling and support services are available to students, faculty and staff, the university said. Individuals may contact 309-298-2453 to seek that help, and counselors will work with students in the dorms.

MACOMB, Ill. — Western Illinois University honored two men Monday for their actions in assisting a fellow student who was shot Sept. 15 on the Macomb campus.

A sign welcomes visitors to the campus of Western Illinois University-Macomb.