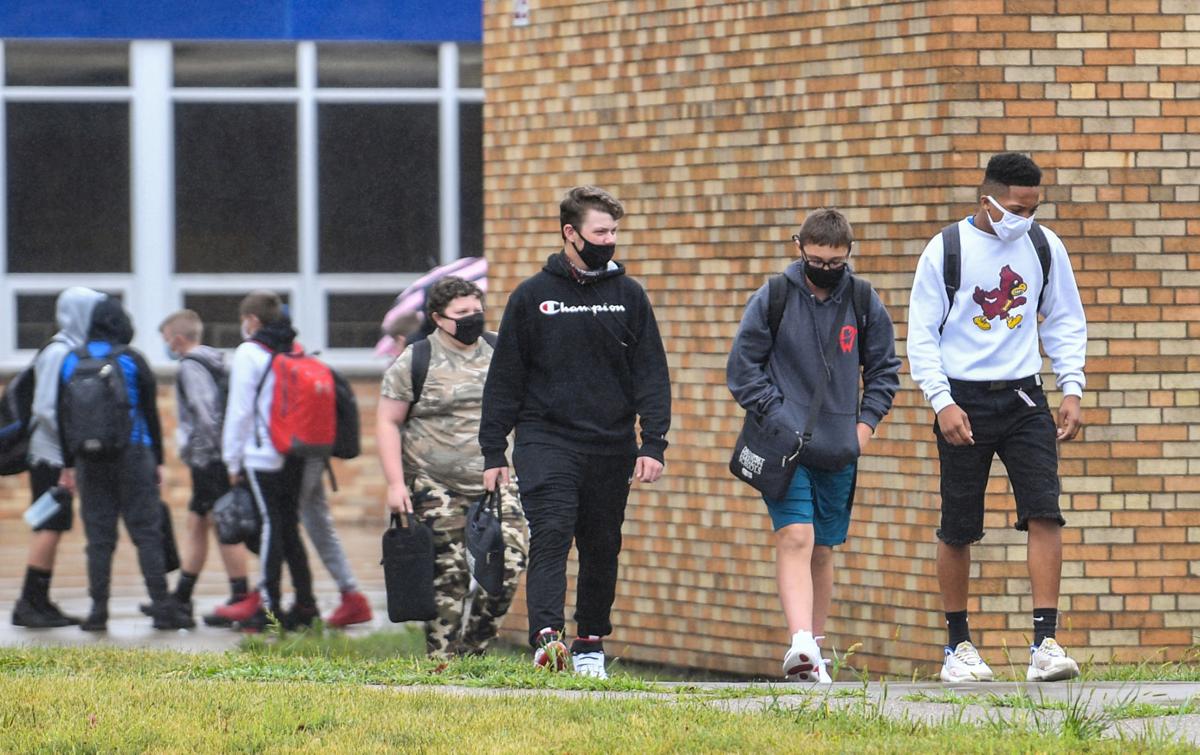 Students exit Williams Intermediate after the first day of school Sept. 8 in Davenport. Davenport Community School District moved to an online-only learning module on Nov. 16 because of the recent increase in COVID-19 cases in the Quad-Cities. 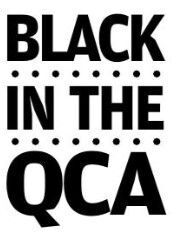 Data shows that the work forces of the Iowa Quad-Cities public school districts, like their Illinois counterparts, are less diverse than the communities they serve.

A review of state and local data for the 2019-2020 school year showed there were fewer minorities among the teachers when compared to the students in the Davenport, Bettendorf, Pleasant Valley and North Scott community school districts.

Those estimates stated that, of Davenport’s population, about 82% identified as white only. For Bettendorf, it was about 87%. In Eldridge, the number was about 96%.

“We would like to see increased diversity in our workforce as we are all aware that people with different backgrounds and perspectives lead to better outcomes in the important work we do for our community,” Michelle Morse, the Bettendorf superintendent; and Jill Matherly, the district director of human resources, said of the Bettendorf district in an email response.

“It’s in our five year plan," Strusz said. “It’s one of our goals to increase diversity among our staff.”

Students should see role models who look like them, Strusz said.

Morse and Matherly, both of whom are new to the Bettendorf district, said the immediate priority in recent months has been safely navigating the district through the COVID-19 pandemic, but that evaluating and improving diversity is an upcoming major goal.

“Our hope is that we will be ready this spring with targeted efforts to continue to increase the diversity of our workforce,” Morse and Matherly said.

In particular, the Bettendorf district would like to see more diversity in its teacher complement.

“There are many possibilities to make improvements including attending recruiting fairs, reaching out to graduating seniors from education programs and working within the community to promote teaching as a profession,” Morse and Matherly said. “There have also been very successful programs in other parts of the country where districts begin recruitment with their own district students who are interested in teaching.”

An administrator from the Davenport district was not available to discuss the topic, but Toby Paone, UniServ director of the Iowa State Education Association, said much of his focus is in Davenport.

The move came after the district spent several years working with the Iowa Department of Education to address noncompliance issues identified during state audits of its operations. Among the issues identified was disproportionality, the disproportionate number of Black students flagged for special education services, and the higher number of Black and special-education students who receive certain types of disciplinary action, including suspension, seclusion and restraint. During the process, the district was only conditionally accredited by the state education board while it worked to make the required corrections.

The Iowa State Education Association represents educators and other staff involved with schools from Pre-K to community college. It has 30,000 members throughout Iowa, with about 3,000 in Scott, Muscatine and Clinton counties.

Paone said the district and its counterparts on both sides of the Mississippi River have made good efforts to increase their diversity though they still largely don’t reflect the communities they are serving.

The Davenport district has an active multicultural committee of teachers and other staff who are working to increase diversity in the workforce and incorporate it into the curriculum, Paone said. Among that group’s efforts is a planned tour of historically Black colleges and universities for Davenport seniors.

The goal is to encourage these students to seek their degrees — in teaching or whatever they choose — in hopes they will return to pursue their careers in the Quad-Cities area.

Strusz said the PV district is recruiting — job fairs, local and regional colleges and universities and elsewhere. It is also working on partnerships with higher education institutions to develop a more diverse pool of student teachers.

“Over the years we’ve hired a lot of our student teachers,” Strusz said.

Pleasant Valley is also reviewing its approach to see where it can be improved, he said.

Surmounting the lack of diversity in the district’s staff will require educating the public about the issue and seeking partnerships to aid in recruiting and retaining the desired workers, Morse and Matherly said.

“We, collectively as educators, need to do a better job of recruiting people into the teaching profession." they said. "For example, most people don’t know that if you have a bachelor’s degree in another concentration, there are programs to assist in acquiring a teaching license."

Strusz and North Scott Superintendent Joe Stutting said that the candidate pools are small and lack diversity. There are fewer people becoming educators.

“We have a major shortage for teachers,” Stutting said.

In addition, Stutting said diverse candidates have always been difficult to find.

Strusz said his district is trying to offset the smaller pool of candidates through its student teacher recruitment.

The small pool is the biggest challenge — school districts are all competing to recruit from it — and North Scott is glad to have candidates, Stutting said. The primary criteria has to be the quality of the candidate.

Stutting said North Scott does not have a dedicated effort for recruiting more diverse candidates, but does accept all applications.

There is, Paone said, also a lag time between the more dynamic and diverse general population, and the older, whiter and more stable teaching population. Some of those teachers were trained in the 1970s and many have been teaching for decades.

Paone said he does see diversity increasing as those more diverse younger generations catch up and become teachers.

Paone also acknowledged competition from areas that are perceived as offering more financially and culturally, which can draw talent, including diverse candidates, away from the area.

“In many regards, these issues aren’t black and white, but green,” Paone said.

The Quad-Cities as a whole has to work to draw young people of every background.

“It’s not like turning on a switch,” Paone said. “It takes a lot of recruiting and a lot of effort.”

The Iowa Quad-Cities’ districts are not alone. The diversity of the teaching forces in Rock Island County’s major districts also does not reflect that of the students or the community at large. Illinois as a whole has a similar lack of diversity.

Illinois Quad-Cities school districts have less diverse teaching staffs when compared to the diversity of the communities they serve, something they acknowledge and say are working to improve.

An online petition to diversify Assumption High School’s curriculum has found new life after a controversial video, reportedly made by Assumption students, circulated on social media in October.

The Davenport Community School District's interim superintendent has been hospitalized and is being treated for COVID-19.

Western asks students not to return to campus post-Thanksgiving

Western Illinois University is asking students not to return until the spring semester begins once they leave for Thanksgiving break.

The results of the study could better guide school districts’ responses to the COVID-19 pandemic.

Chelsea Ward: 'My diversity is a plus'

I am 25 years old. I currently live in Davenport.

Students of the Rock Island-Milan School District are scheduled to return to the classroom Monday, though they will not be doing so full time.

Bettendorf schools sticking to hybrid model for rest of semester

The Bettendorf Community School District will continue with hybrid learning for the second half of the fall semester.

Martin Abraham has been serving as interim president since June 2019.

College is also encouraging students get a flu shot to help minimize the risk of burdening the Quad-Cities healthcare infrastructure with both flu and COVID-19 cases simultaneously.

Davenport schools interim superintendent says he is committed to task

T.J. Schneckloth was approved as interim superintendent on Oct. 1.

Students exit Williams Intermediate after the first day of school Sept. 8 in Davenport. Davenport Community School District moved to an online-only learning module on Nov. 16 because of the recent increase in COVID-19 cases in the Quad-Cities.