HAMPTON, Ill. — The Hampton School District is sticking to its guns as schools across the nation weigh new safety measures in the wake of mass shootings.

The school district has stationed armed guards at the schoolhouse doors for a decade.

"After Sandy Hook and reading reports of what happened there, I realized they did all of that and the only way to stop a bad guy with a gun, intent on doing harm, is a good guy with a gun.”

Berg met with the Hampton School Board and local law enforcement to discuss employing armed guards shortly after the Sandy Hook shooting in 2012.

“We didn’t want security people, we wanted (former) law enforcement. We wanted people who had to qualify annually in order to use a weapon. We also wanted people with arresting powers,” Berg said. “Hiring someone qualified was a big thing for me, so we got together and talked through these issues.”

Berg said the process took time, as the district had to review property and liability insurance policies. After Berg sorted out details with law enforcement, insurance and the school board, he said the plan was well-received.

“The school board was behind me all the way,” Berg said. “I sent out a letter about the guards to the community and expected a little opposition, but it was quite the opposite. People would stick their heads in my office and go, ‘Hey, thanks for doing that.'”

Mike Johnson, a retired East Moline Police Officer of 21 years, was one of the first Hampton guards hired. He’s worked there for seven years now.

“I get there before the kids, and I leave when most are gone. After the bell rings at 8:30, the first thing I do is go around and make sure all doors are locked,” Johnson said. “I set up a computer with the surveillance cameras so I can watch those and the entrance at all times.”

Johnson said guards monitor sign-ins for parents and visitors entering the school and keep track of any orders of protection served on parents or guardians of Hampton students. Johnson also said he joins the students for lunch and recess, which helps to form meaningful relationships with the students.

“After seven years of working on-site, there’s usually not any problems,” he said. “We really develop a relationship with the kids."

Berg was clear in stating that, other than lunch and recess monitoring, the guards' sole responsibility is protecting the entrance, unlike school resource officers (SROS), who also investigate and enforce criminal offenses within schools on top of security and monitoring duties.

“We take a soft approach,” Johnson said. “We wear regular clothes and it’s concealed carry. I'd say most kids don’t even know we’re armed. Not being or looking like an SRO, most think we’re playground monitors or something. It’s really passive, but we’re always on alert.”

Though some criticize placing more guns on school campuses, Berg feels past school shootings warrant the employment of armed guards at school entrances.

“In nearly all of them, you have someone from the outside coming in with a weapon. That person has to be stopped, and there’s only one way to do that,” he said. “There's been students that did the shooting, but nobody that’s shot people in schools was there lawfully, with a weapon. There needs to be someone that’s legally trained and allowed to have a weapon to stop those people.”

“That’s where it gets me. In certain situations, like the most recent in Uvalde, officers weren’t going into the classrooms after the shooter. How can that happen when kids you know and care for are in there? I can’t wrap my head around it,” he said.

Berg cited other institutions, like banks and courthouses, having armed guards at the entrances and said schools should follow suit.

If more schools employ armed guards, Johnson hopes they remain a safe place for all kids.

“Although I agree schools need armed guards, I don’t agree with some who want a military-looking guard holding a rifle. Schools need to be safe, but they don’t need to look like a prison,” he said. “Kids can’t learn if they don’t feel safe.”

Across the Sky podcast: Meet the meteorologists from the Lee Weather Team!

The ICQC will be distributing backpacks for families in Sunday, Aug. 7 from noon to 1:30 p.m.

Focus Fundamentals in East Moline will host a drive-thru 'Back to School Giveaway,' this Saturday, August 6.

Watch now: The next generation of Quad-City doctors get hands-on experience at UnityPoint-Trinity Rock Island

QC School Board Report Card: A roundup of highlights from recent local school board meetings

Highlights from local school board meetings this week.

The Salvation Army and all Quad City Walmarts are teaming up for the “Stuff the Bus” back-to-school supplies campaign this weekend, August 5-7 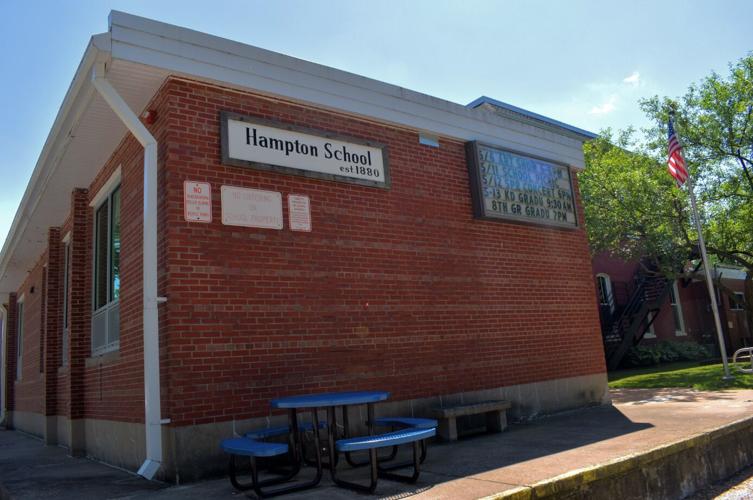 The area near the entrance to the Hampton School on Tuesday, June 28, Hampton, Ill. 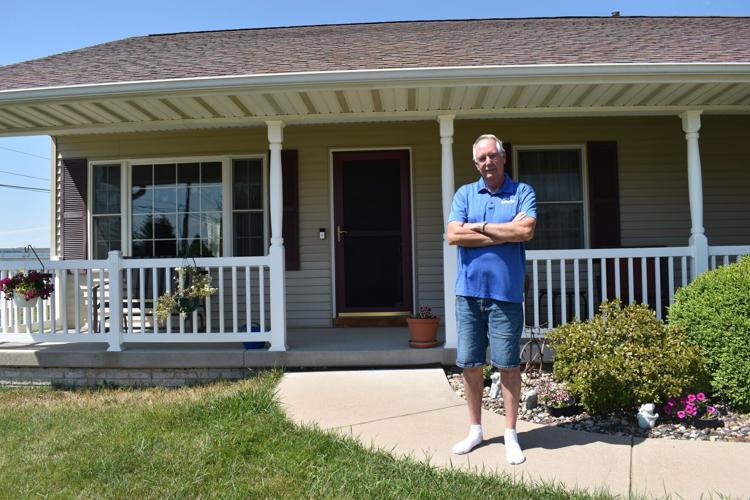 Mike Johnson, a retired East Moline police officer who has worked as a Hampton School guard the last seven years, stands outside his home in Silvis, Ill.