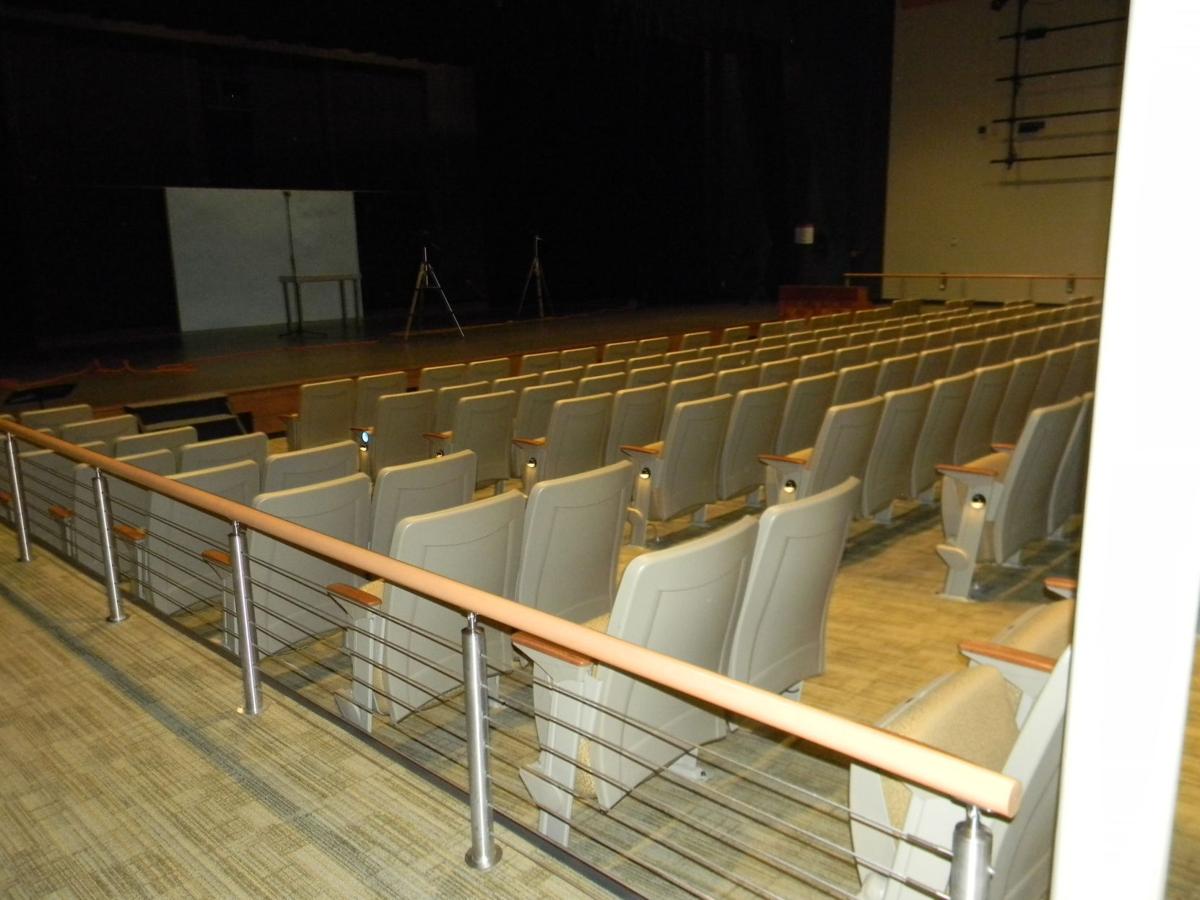 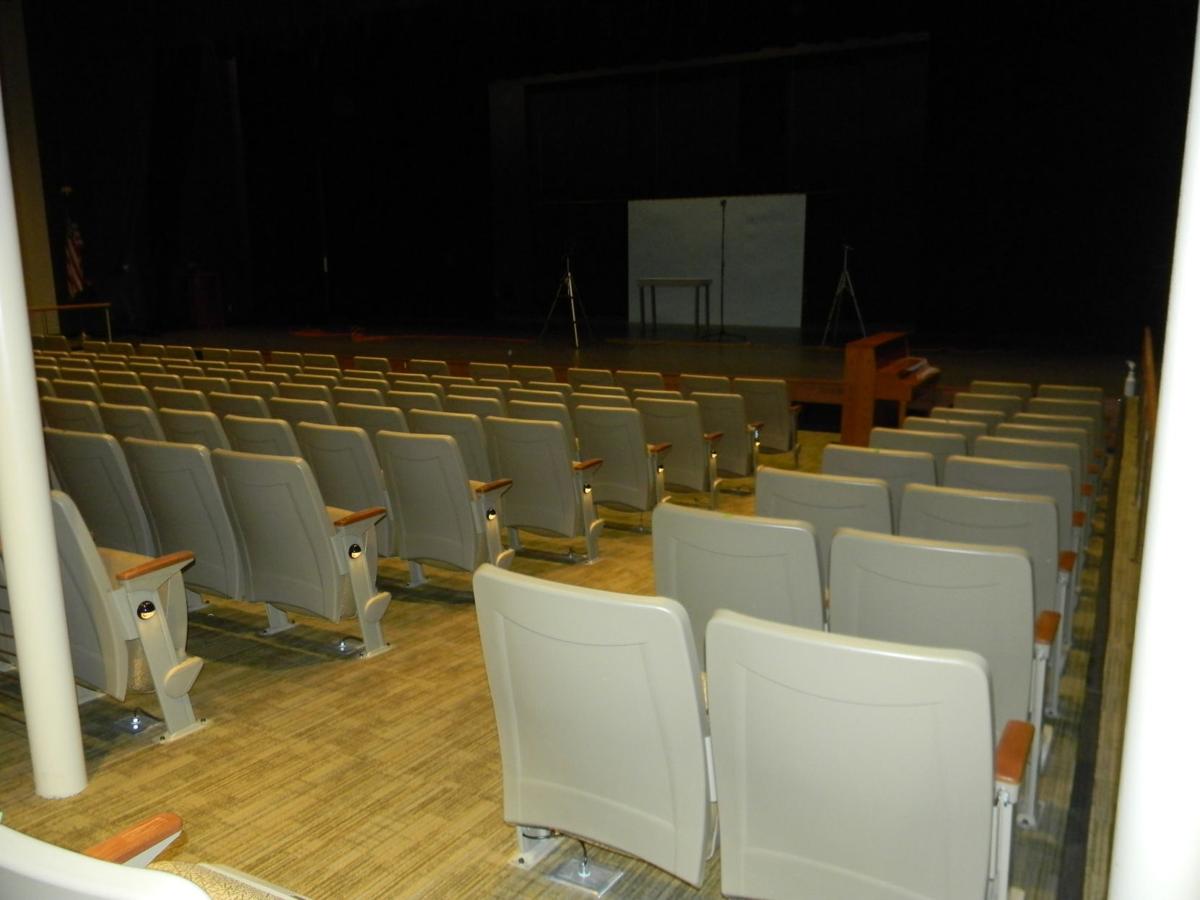 WHAT WE KNOW: Joe DePauw has been theater director at Geneseo High School for 43 years, starting in 1978. He continues in that role in his retirement.

WHAT'S NEW: The Geneseo School Board on Thursday voted unanimously to name the theater at the high school the DePauw Theater. It is board policy not to name a building or part of a facility after a living person except in "special circumstances," but the committee recommending the name discussed those special circumstances in this instance. The committee noted DePauw's longevity with the theater productions; the fact that it's a dedicated space for theater separate from the concert hall; the fact that he's been the McKinney Vento homeless student coordinator for the district for 20 years, including the past 10 when he has been retired; his work as lead administrator in the special education department; and his impeccable character and reputation. The committee voted unanimously to recommend the naming of the theater to the school board. A letter from Hunter Kuffel, Geneseo Class of 2013, and signed by nine other graduates was part of the recommendation. In it, Kuffel states that DePauw's "kindness, reliability and commitment" enabled Kuffel to enjoy participating in theatrical productions not only at the high school but also at St. Malachy's church and Richmond Hill theater.

The board got a new cost estimate of between $3.8 and $4.1 million for the proposed new vocational education building with the increase being caused by increased building materials cost. As of last November, the cost estimate was $1.8 million to $2.3 million. Business Manager Tim Gronski said the project could still be done. He suggested three ways of funding it, with the best option being to issue working cash bonds and dovetailing them with existing bonds so as not to affect the tax rate, much as the $36 million Project Leaf was done, he said. The district also has donations from several foundations to put toward the project. Architect Scott Johnson talked about having a design ready to go out for bids in December or early January, and vocational ed instructor Kyle Bess said the proposed facility was "absolutely" big enough to meet needs and would "more than suit what we're looking to accomplish."

WHAT'S NEXT: The board also authorized a $1,500,000 settlement to plaintiffs from a February 2015 accident in which an activity bus hit a patch of ice and ended up on its side in the median near the intersection of Interstate 80 and Interstate 88 in Rock Island County. The suit was brought by Craig and Jacqueline Freebern, the parents of Kayla Freebern, who was a passenger on the bus. Kayla Freebern was a minor at the time of the accident but is no longer a minor. The settlement is to be paid in the form of $1 million in cash and future periodic payments. The vote was 6-1 with Diane Olson voting no.

Elephant breaks into kitchen wall looking for snacks in Thailand

Elephant breaks into kitchen wall looking for snacks in Thailand

The donations announced Tuesday is the third round of no-strings-attached, major philanthropic gifts Scott has made.

Faced with lingering effects of the pandemic and years of financial disinvestment, the Illinois Board of Higher Education released an ambitious plan Tuesday outlining its goals for the next decade: revamping state funding for public universities, improving graduation rates for students of color and retaining top talent to feed the state’s workforce needs.

Orion board hears option for spreading bonds over 9 years

WHAT WE KNOW: Building projects totaling $7.8 million — not including a new fine arts auditorium — were presented to the school board in May. Bonding agent Kendall King told the school board last September that the district could borrow an additional $12.75 million without raising the current tax rate if the bonding capacity was maxed out for 20 years.

In justifying salary increases for school district executives in Davenport last month, the president of the school board said the new pay structure would bring the district in line with others in Iowa.