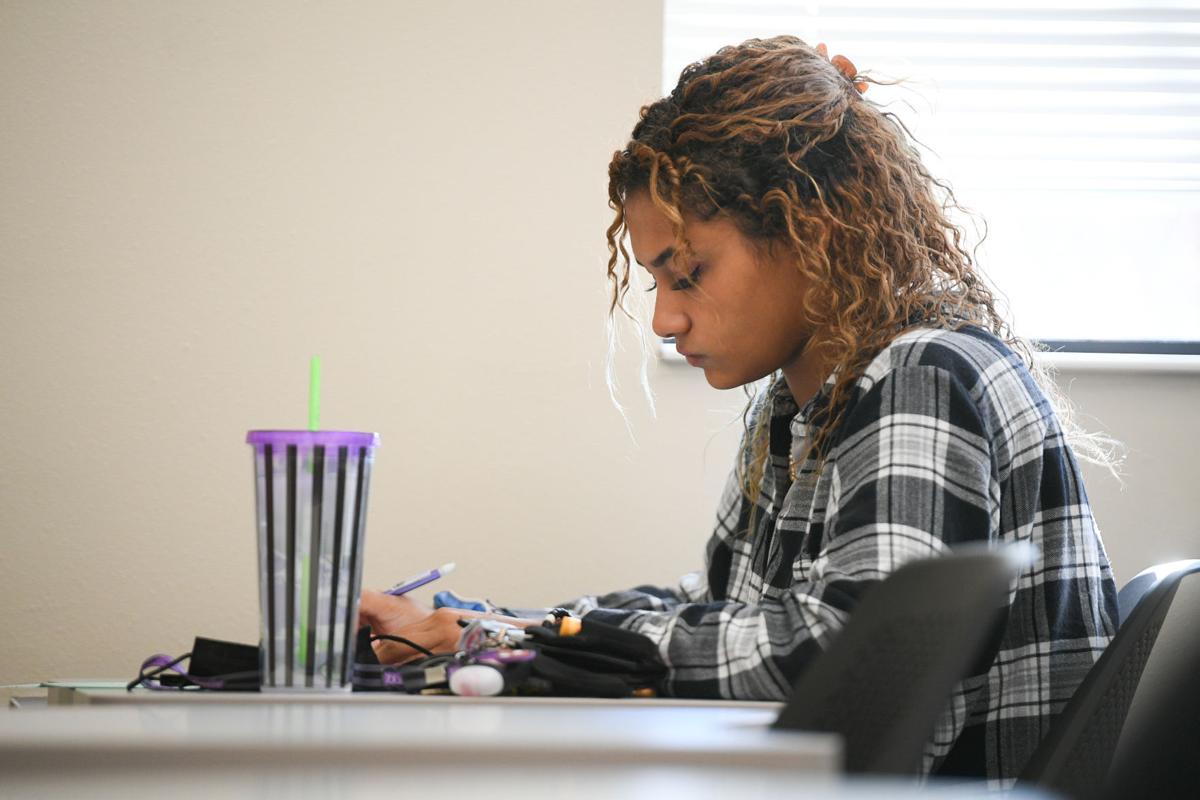 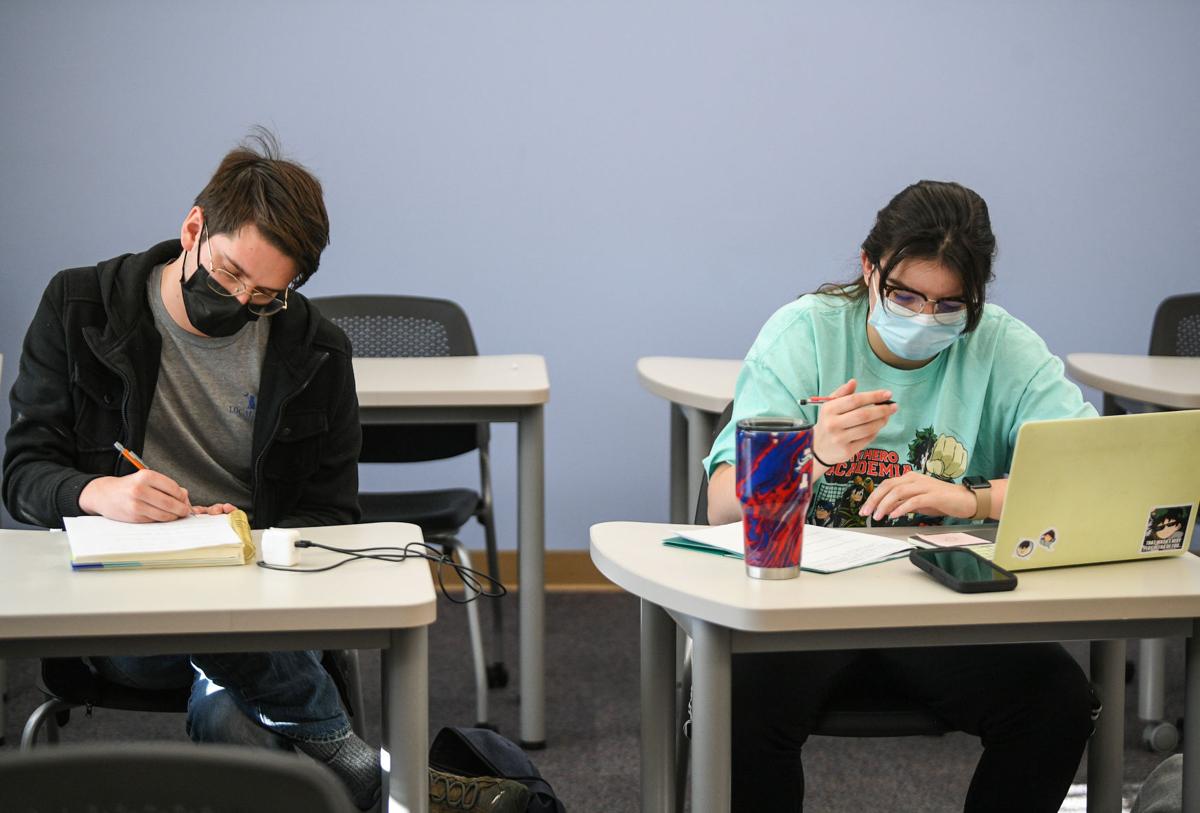 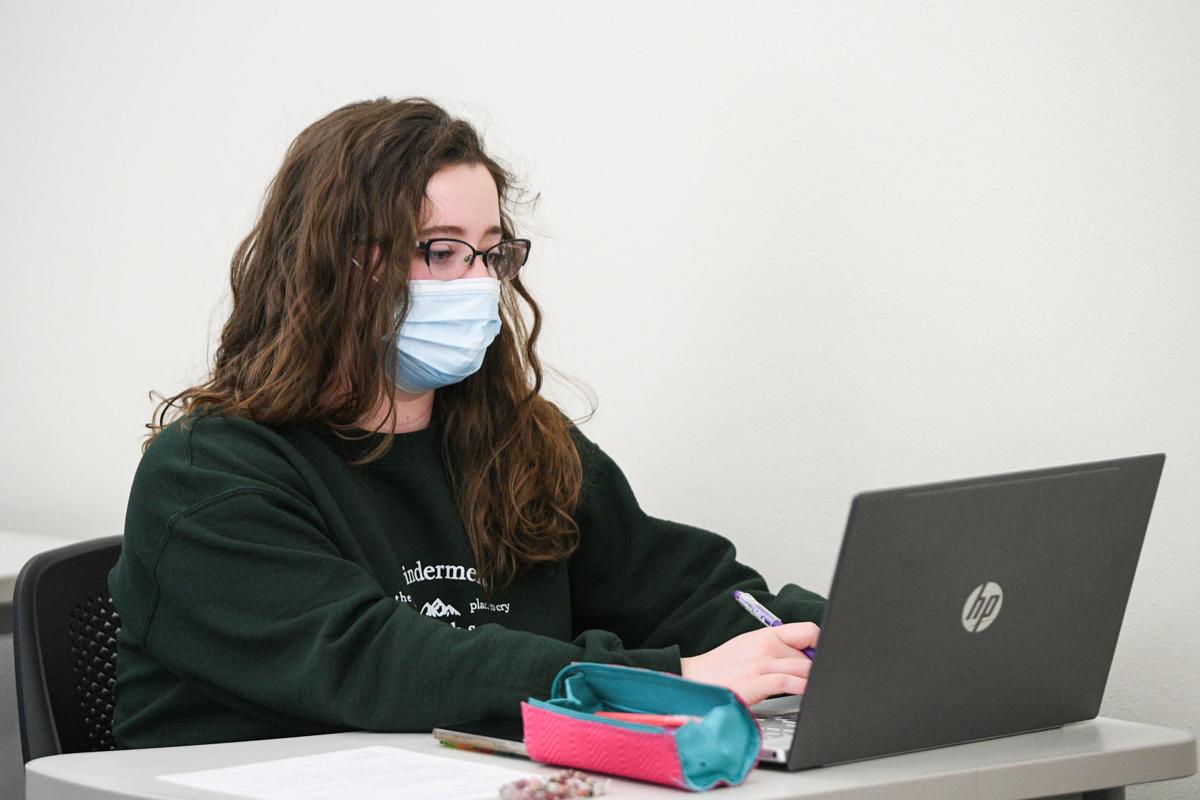 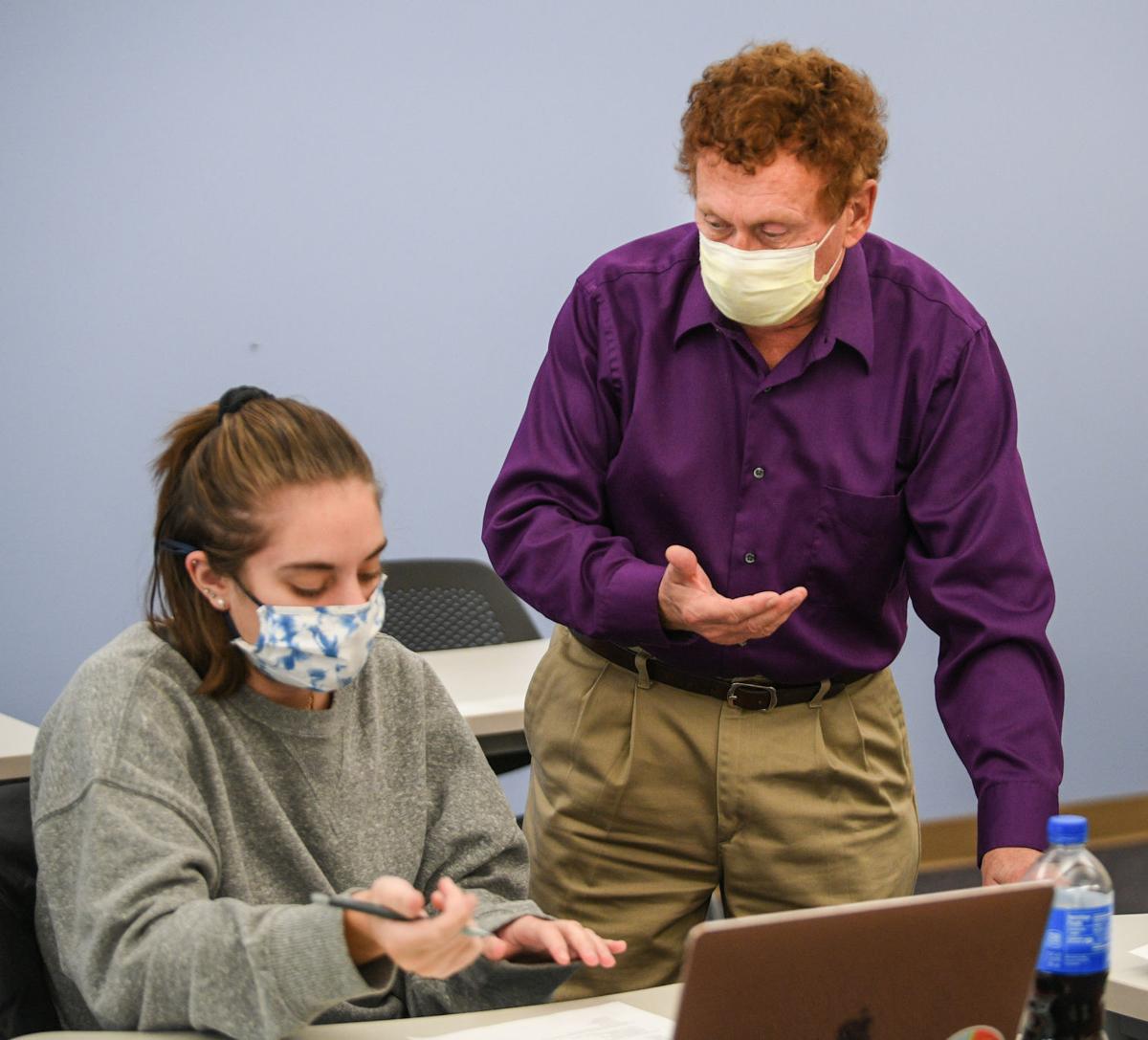 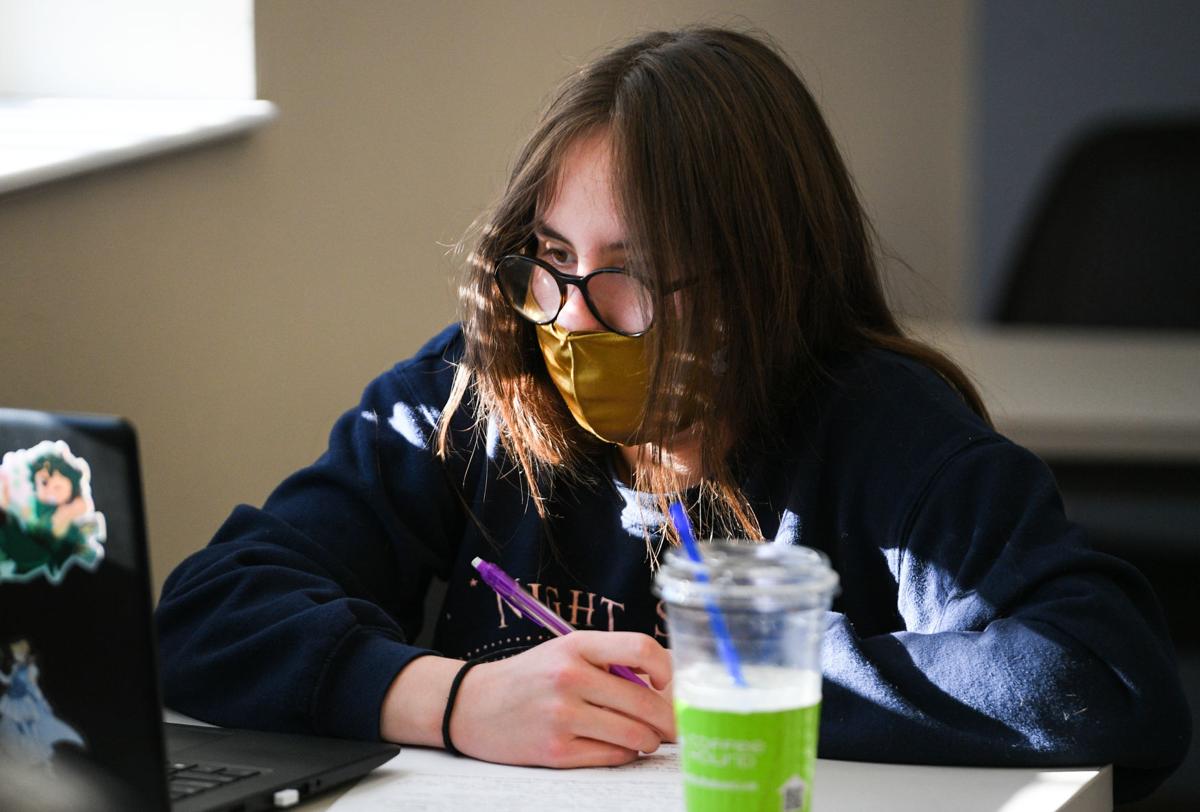 Eastern Iowa Community Colleges showed growth in its 2021 fall enrollment, though the overall enrollment trend at community colleges was down statewide.

Eastern Iowa showed the second highest growth in the state, according to the report. The college's total enrollment was 7,460, a 5.4% increase over fall 2020.

“I attribute a lot of our enrollment increase to just the relationships that we’ve built with our K-12 partners,” EICC Chancellor Don Doucette said.

The school districts understand EICC is a partner that will give their students opportunities, Doucette said.

During the discussion of the report at the state board meeting, the department of education official who presented said the drop was likely caused by several factors.

The most important is the economy. When the economy is tight, people are looking to get into the workforce while during economic booms people enroll at the community colleges to get retraining.

At the moment, companies want talent and labor, so it is not surprising that community colleges are seeing enrollment issues, he said.

That is expected to be a somewhat temporary impact but there can be a lag of as much as 18 months between a change in the economy and the related shift in enrollment.

Other potential factors contributing to the dip in enrollment include the pandemic’s impacts, demographic changes and birth rates 18 years ago, he said.

Much of the gain in enrollment statewide can be attributed to institutions adjusting to COVID-19’s disruptions last fall.

In the 2021 fall enrollment, EICC gained back some of its losses from the last two years, Doucette said.

“This is a post-COVID recovery,” Doucette said.

In overall enrollment for fall 2021, Des Moines Area had the largest student body of the 15 schools. Kirkwood was second highest and Eastern Iowa was third. The smallest total enrollment was Southwestern, which had 1,542 students enroll for the fall.

Before the fall of 2021, EICC had been experiencing a more or less steady decrease in enrollment, Doucette said.

“We’ve been kind of gradually coming down from that back to our normal levels over the last several years,” Doucette said.

A peak in enrollment is reflected in the state report’s data, beginning around 2009 and reaching its summit about 2011 before beginning to drop the following year.

That drop was the largest in the last eight years, and the report attributes it to COVID-19’s impacts.

The report also projected enrollment for fall of 2022.

It predicted an increase over this year to between 81,830 and 83,269, though the actual number could fall outside that range depending on how the pandemic influences circumstances.

To encourage enrollment, EICC has been offering incentives and discounts in the last couple of years, including, recently, to people who have left EICC without completing their program, Doucette said.

Eastern Iowa wants to get them back in the door so they can see they still have an option of completing their program.

“We’re doing everything we can," Doucette said, "to make sure that we win back the students that we lost during COVID."

Getting a look at the new I-74 Bridge

WATCH NOW: She was scared of heights...for a week

Cement finisher Sabrina Duncan, of Union Local 18, talks about her fear of heights when she first started working on the new Interstate 74 bridge.

Tracy Hill, of Davenport, couldn't contain her excitement while walking on the new I-74 Bridge on Wednesday.

Patrick Fisher, of Bettendorf, couldn't resist the chance of a lifetime to walk, and have a little fun, on the new I-74 bridge.

WATCH NOW: "We can do great things together"

Doug House, Deputy Secretary - Illinois Department of Transportation has followed the new bridge's construction since its inception, and says …

WATCH NOW: I-74 event lets "the spectators" soak in the bridge's majesty

Marco Rocha, of Rock Island, says the I-74 Bridge celebration was a special experience to share with his family.

Illinois Secretary of Transportation Omer Osman speaks at the Quad Cities International Airport about $5.6 million from the Rebuild Illinois p…

Schools that showed increases in overall enrollment or remained flat in fall 2021 over fall 2020.

The report includes more data about community college enrollment. It's available on the Iowa State Board of Educations website as part of the Nov. 17 meeting agenda. A link is available in the online version of this article.

Biden: US troops won't be moving into Ukraine

What are these weird looking 'spider formations' that were spotted on Mars?

What are these weird looking 'spider formations' that were spotted on Mars?

GENESEO — Alex Walker is pursuing a dream that he and his friend, the late Trevor Schefsky, had planned.

The Davenport Community School District is getting closer to being in the green with state education officials.

The following students of Orion High School are on the first-semester honor roll.

The following students of Mercer County Junior High School are on the second-quarter honor roll.

The following students of Erie High School are on the second-quarter honor roll. The High Honor Roll requires an “A-” average (3.66 or higher)…

School officials across Illinois say a shortage of teachers and substitutes is forcing them to cancel course offerings, move them online or fill open positions with people who are not fully qualified.

Bettendorf gets update on the state of its school district

The Bettendorf Community School District’s superintendent gave an overview Monday night of the district’s strengths, challenges and upcoming projects during her first state of the district address.