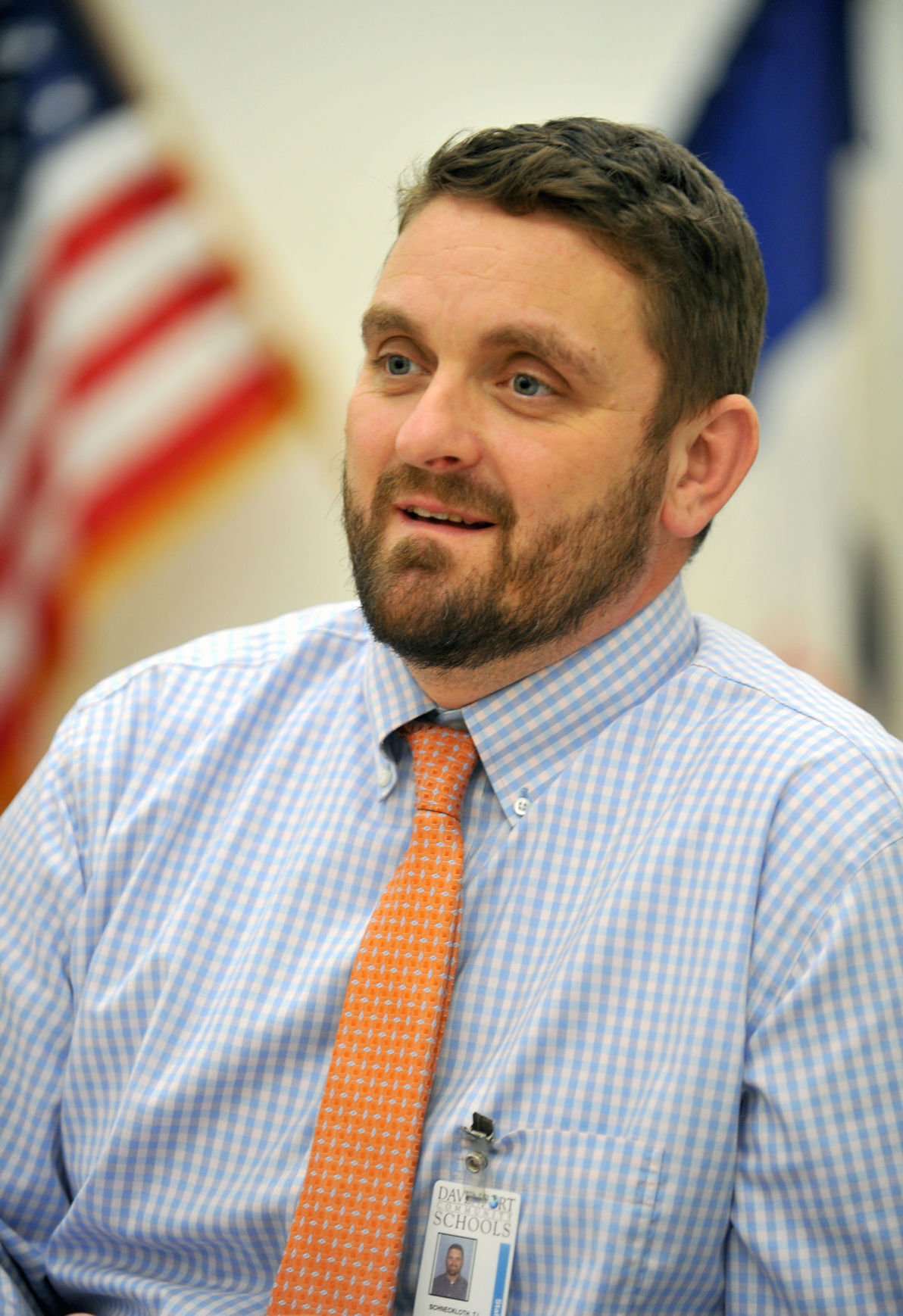 The old plans — voluntarily adopted by local school boards — limited the number of students who could transfer to a different district. They were intended to encourage racial diversity, according to the Iowa Department of Education. Davenport, Des Moines, Postville, Waterloo and West Liberty were the only district in Iowa with diversity plans.

In May, the state ended the plans and the caps they placed on open enrollment.

“The Davenport school district has seen about 157 students leave the district due to the change in the law, and right now where we are is we’re just gathering information to determine the impact that our district is going to see,” Superintendent TJ Schneckloth said Monday night during a school board meeting.

Districts receive a variety of funding that depends on the size of their enrollment, Schneckloth said.

During the report presented Monday night, officials said per- pupil allocation is about $7,500. That's about $1,177,500 Davenport could lose with those 157 students.

A state study indicated that the new law could cost Davenport schools about $783,000.

During a forum in February, Schneckloth said the study’s estimated monetary impact might be a little low.

The school board meeting is available on the district's YouTube page.

The commercial bus company, Tri-State Travel, will donate a bus for the team's next away game and throw the team a pizza party.

A federal lawsuit involving a Davenport boy was at the center of the school board's debate over whether to mask up.

A room always carries the fingerprint of its occupant and this classroom had all four fingers and the thumb and palm print too.

Two dozen candidates are running for Iowa Quad-Cities school boards. Here's who they are

The regular school board elections in Scott County are Nov. 2.

The East Moline Correctional Center is offering its first four-year Bachelor of Arts program for individuals in custody in more than 20 years.

'A safe learning environment': Inside the Davenport school district's debate to mask up

More than 3,500 people weighed in before the school board opted to mandate face coverings in a 5-2 vote.

The Davenport Community School District's superintendent described the district's decision-making systems and current work with the state to improve its operations during a report Thursday to the Iowa State Board of Education.