The company said it had profit of $4.12 per share.

The results topped Wall Street expectations. The average estimate of nine analysts surveyed by Zacks Investment Research was for earnings of $3.82 per share. 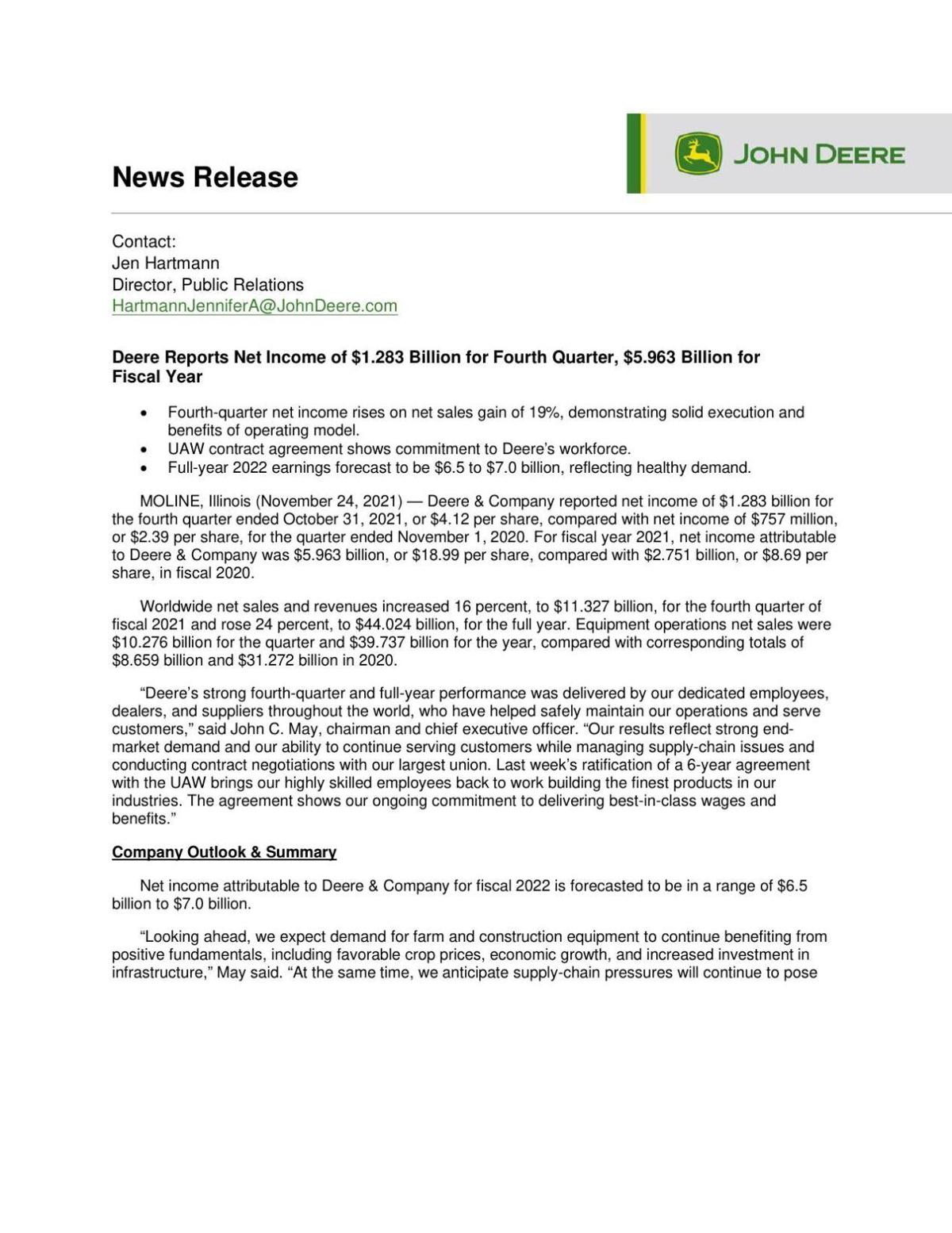 Former KWQC TV6 news anchor Gary Metivier will run for the Scott County Board Supervisors in 2022 as a Republican.

Moline and Rock Island police are investigating robberies that occurred in their cities Tuesday.

Moline neighborhoods active, inactive and somewhere in the middle

Moline police on Wednesday continued the investigation into the armed robbery Tuesday night of LollyPalooza Art and Glass.

Murder suspect turns himself in to Rock Island Sheriff's Office

Mr. Thanksgiving celebrates 51 years of bringing the Quad-Cities together

For the 51st year, Mr. Thanksgiving brought dinner to the Quad-Cities.