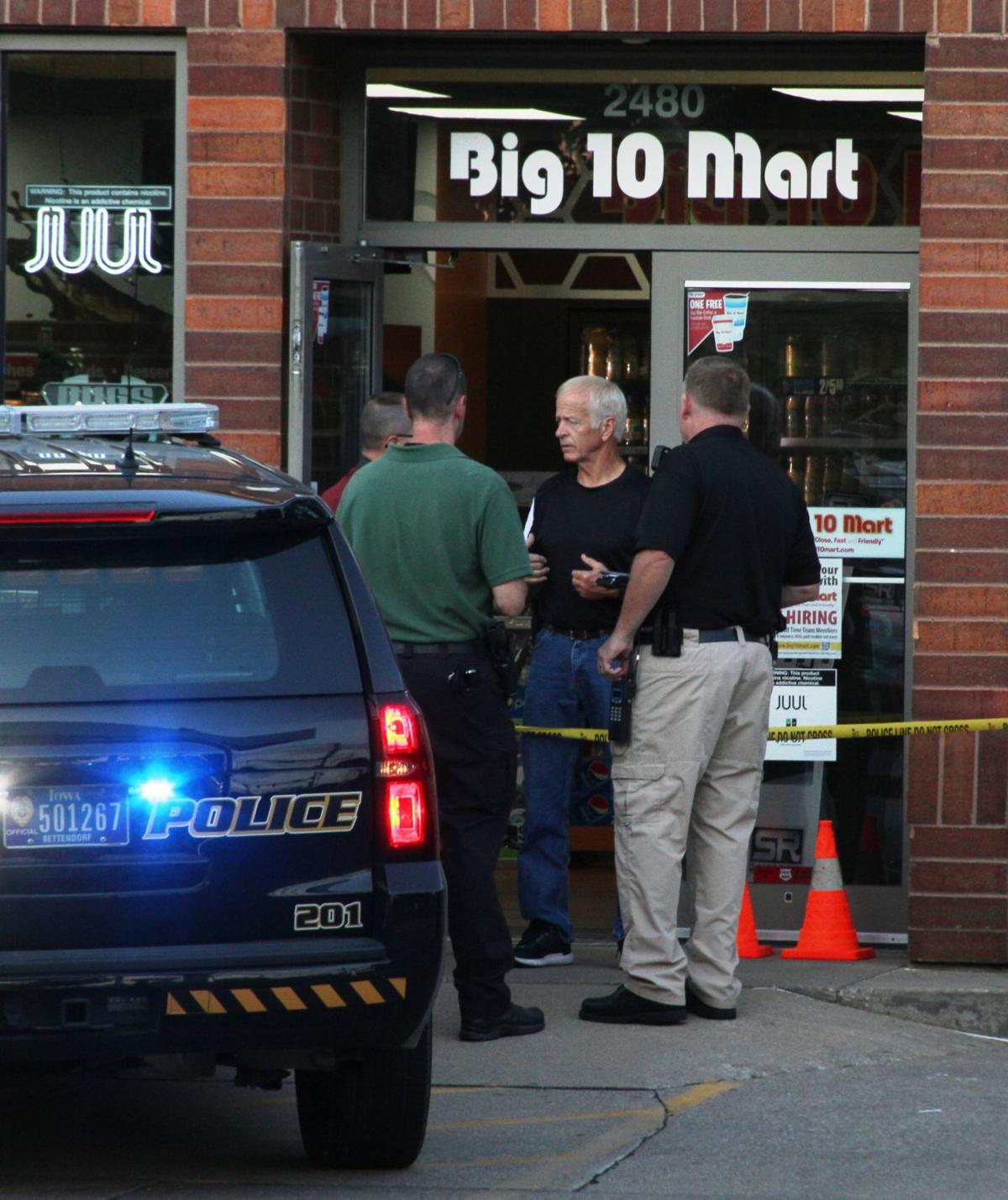 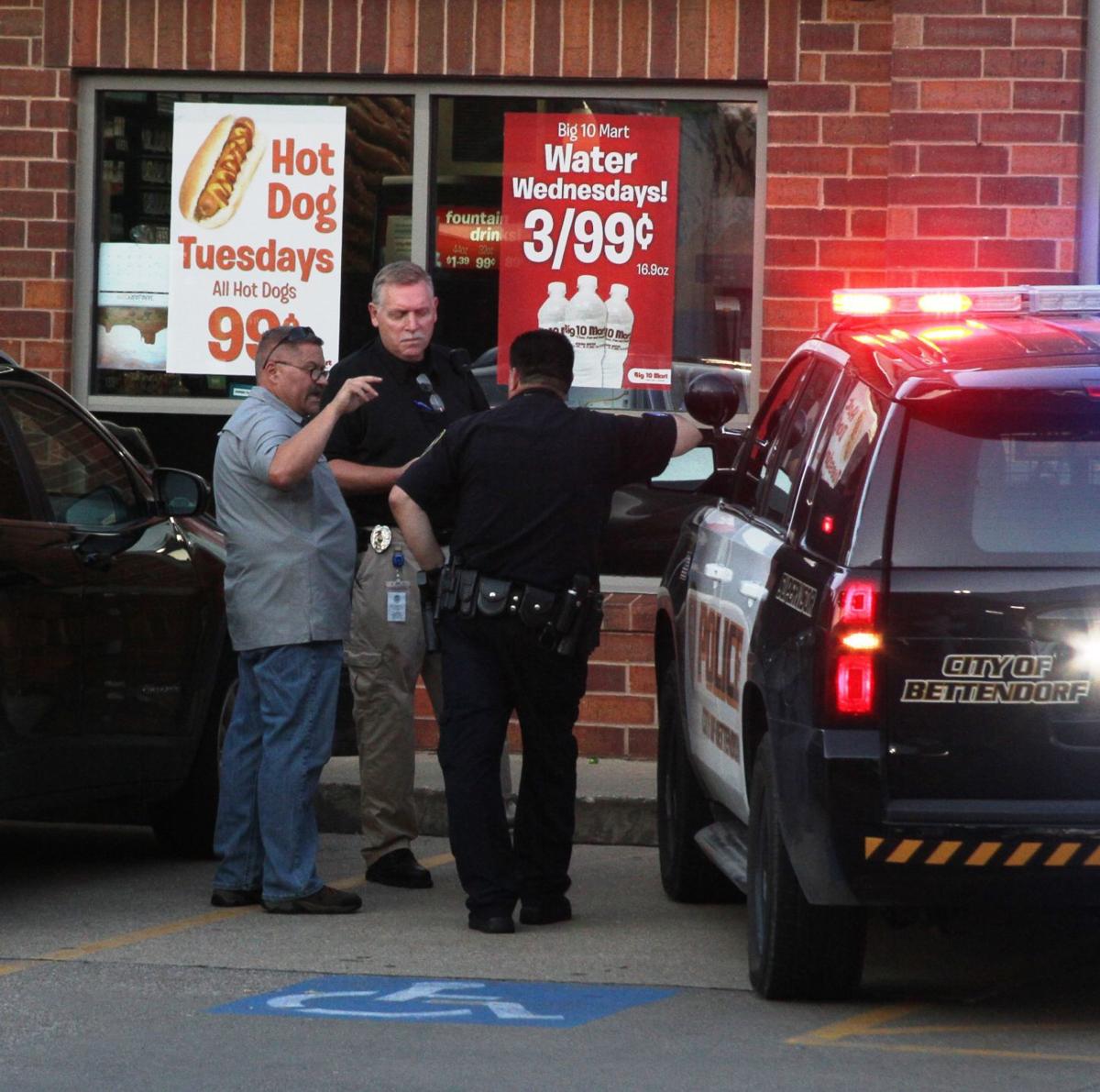 Bettendorf Police Chief Keith Kimball, left, speaks with two of his officers Saturday outside the Big 10 Mart located at 2480 53rd Ave., as they investigate a shooting death at the store.

Update: Police have identified the 28-year-old woman who died of an apparent gun shot at a Big 10 Mart in Bettendorf Saturday afternoon.

Brittany M. Wilson, of Donahue, was working as a clerk at the convenient store when an attempted robbery resulted in her death.

BETTENDORF — An attempted robbery on Saturday at the Big 10 Mart, 2480 53rd Ave., resulted in a homicide, according to officials.

Police were called to the Big 10 Mart at 5:40 p.m Saturday. The victim, a 28-year-old female clerk, died from an apparent gunshot wound, according to a news release. Her name is being withheld pending notification of family members. An autopsy is pending.

The Bettendorf Police Department is working with the store's management to obtain video evidence, according to the release.

After the incident occurred, Scott County Sheriff Tim Lane said his department was called to assist at the scene and to help Bettendorf police cover calls in the city. The Davenport Police Department's Crime Scene Unit also assisted at the scene with its crime mapping 3-D laser scanner.

Several people whose cars were parked at gasoline pumps or in the parking lot had to wait until police completed their investigation before they could retrieve them. Numerous people from the neighborhood walked from their homes to the scene to see what was happening.

The incident remains under investigation. If anyone has information regarding the incident, they are encouraged to call the Bettendorf Police Department at 563-344-4015, or Crime Stoppers of the Quad Cities at 309-762-9500.

No other information was available Sunday.

Thomas Geyer contributed to this story.

A man killed in a Sunday afternoon shooting in Rock Island has been identified as Michael D. McGee, 45, Rock Island.

Bettendorf Police were investigating a gunshot death that occurred Saturday at the Big 10 Mart at the intersection of 18th Street and 53rd Avenue.

Bettendorf Police Chief Keith Kimball, left, speaks with two of his officers Saturday outside the Big 10 Mart located at 2480 53rd Ave., as they investigate a shooting death at the store.