UPDATE: One charged with eluding after robbery in Moline, chase into Iowa
View Comments
Share this
× 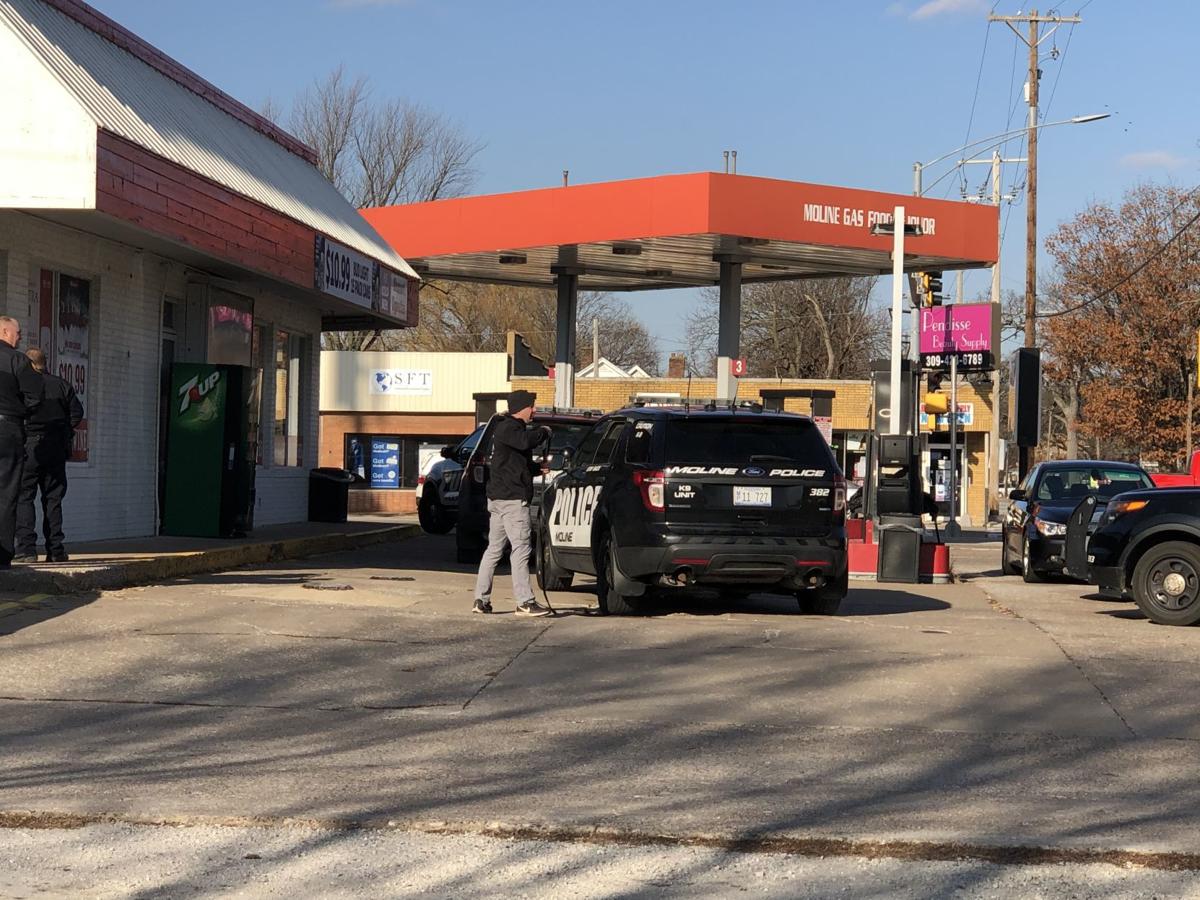 Moline police check out the scene of a reported armed robbery at Moline Gas Food & Liquor, 34th Street and Avenue of the Cities, 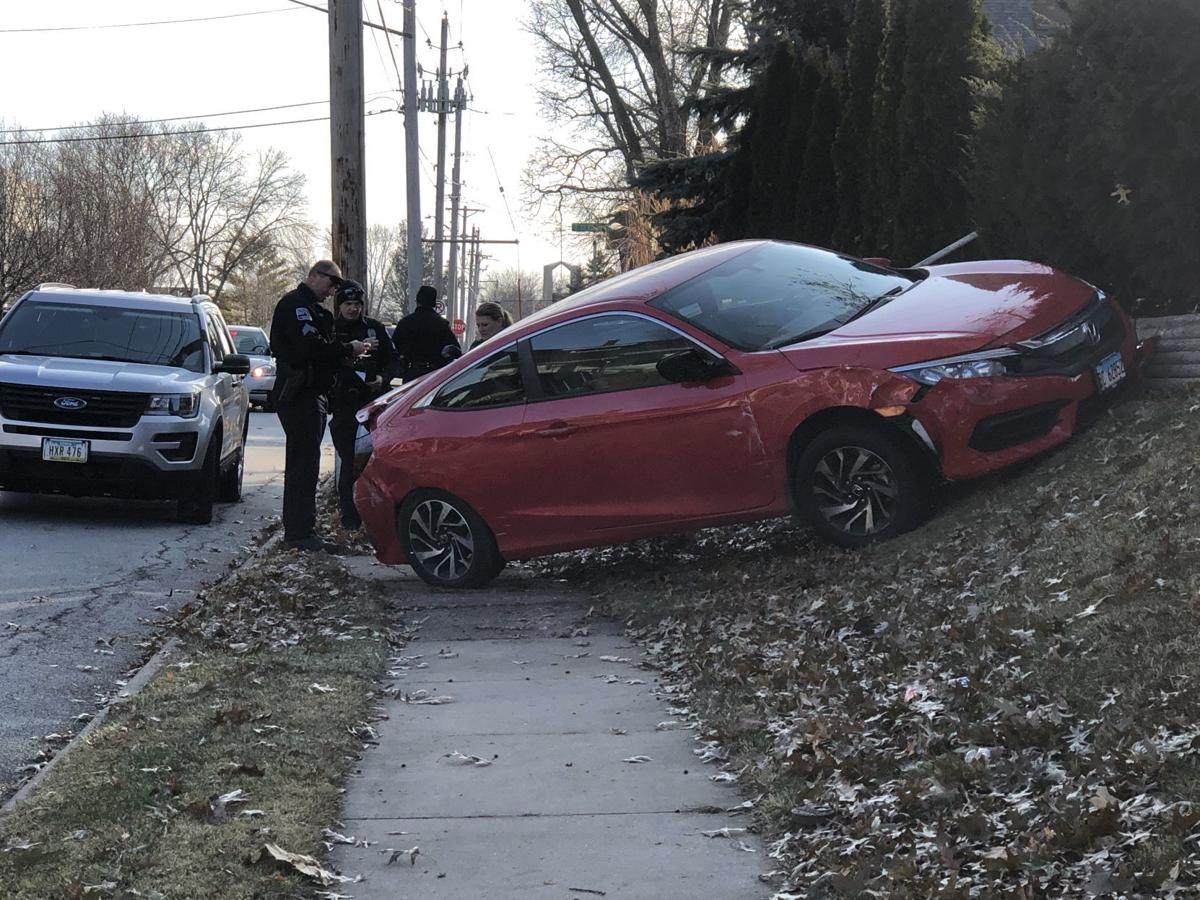 Police check out a car in Davenport after a chase that started with a reported armed robbery in Moline and ended with suspects being taken into custody in Davenport.

One suspect faces charges — and others may, too, for a separate crime — after a police chase Tuesday that began at the scene of an armed robbery in Moline and ended in Davenport near the east campus of Genesis Medical Center.

George Douglas James, 23, was held briefly in Scott County Jail before he was released on bond.

He faces a charge of eluding, a felony. He also faces misdemeanor charges including driving while barred, driving under suspension, failure to maintain control, interference with official acts, having no insurance, leaving the scene of a property-damage accident, overtaking on the right side, reckless driving and unsafe passing.

Only one person has been charged in Iowa related to the pursuit, Davenport police said Wednesday, because the incident began in Moline.

Detective Jon Leach, Crime Stoppers of the Quad-Cities and Moline Police Department, said the incident began shortly before 1 p.m. at Moline Gas Food and Liquor, 3328 Avenue of the Cities.

"We had a detective very near the gas station within seconds," he said. "However, the suspect left west behind the building about 30 seconds before our detective arrived."

The employee who was robbed described the suspect as a man in his 30s who used a small gun and demanded everything the victim had. The man took an undisclosed amount of money and personal property of the victim.

While officers remained at the gas station, a Moline detective saw a person matching the suspect's description in the rear of a red passenger car. The vehicle was leaving an area where stolen property belonging to the robbery victim was found.

That location was separate from the gas station and was discovered shortly after the robbery.

The detective who saw the suspect initiated a traffic stop on the vehicle, but it fled..

The detective then followed the vehicle to Bettendorf, where Bettendorf intercepted the car, which still would not stop.

The car continued into Davenport and fled from Davenport squads until the chase ended at Bridge and Denison avenues in Davenport. Davenport police apprehended James, who fled on foot, about a block away.

Moline detectives interviewed James and two other occupants in the vehicle, and determined the three people in the red car were not responsible for the robbery, "They fled from officers in Moline because they were involved in separate criminal activity," Leach said.

Moline detectives continue to investigate the other crime.

No injuries were reported, said police, who brought a K-9 to the scene.

Moline police check out the scene of a reported armed robbery at Moline Gas Food & Liquor, 34th Street and Avenue of the Cities,

Police check out a car in Davenport after a chase that started with a reported armed robbery in Moline and ended with suspects being taken into custody in Davenport. 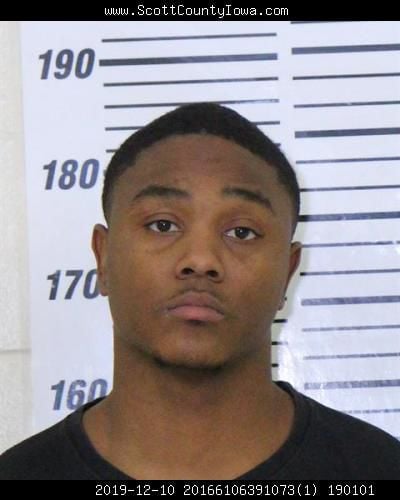