Watch now: Biden and Trump face off in their final debate

Scott County Sheriff’s investigators have arrested two Bettendorf residents on methamphetamine trafficking charges after more than 2 pounds of the drug was found in their vehicle.

Joshua Andrew Dewilfond, 31, of 5565 Valley Drive, who already is serving terms on probation in both Scott and Rock Island counties, was charged with one count of possession with the intent to deliver more than 5 grams of methamphetamine. The charge is a Class B felony under Iowa law that carries a prison sentence of 25 years.

He also is charged with four counts of possession of a controlled substance-first offense, a serious misdemeanor that carries a jail sentence of one year.

Whitney Ann Eckermann, 34, of 2411 Oaks St., is charged with one count each of possession with the intent to deliver more than 5 grams methamphetamine, violating Iowa’s drug tax stamp law, and possession of a controlled substance-marijuana-first offense.

According to the arrest affidavits filed by Scott County Sheriff’s Investigator Greg Hill, at 4:02 p.m. Sunday, members of the Scott County Sheriff’s Department’s Special Operations Unit conducted a drug interception on a gray 2008 Toyota Camry in the parking area of the Baymont by Wyndham Inn and Suites at 400 Jason Way Court in Davenport.

Eckermann was driving the vehicle while Dewilfond was the passenger. Officers noticed a smell of marijuana emanating from the vehicle.

During a search of Dewilfond’s residence officer seized another 10 grams of meth, six .380-caliber bullets, $425 dollars in cash, and one 8mg suboxone strip.

Eckermann has felony convictions for delivery of cannabis and forgery in Rock Island County.

On July 2, Eckermann was satisfactorily released from probation in Scott County. She had served two years on probation after pleading guilty to an aggravated misdemeanor charge of operating a vehicle without the owner’s consent in July of 2018.

Dewilfond is on probation in both Rock Island and Scott counties.

In July of 2018, agents with the Quad-City Metropolitan Enforcement Group arrested Dewilfond on charges of armed violence, manufacture and distribution of a lookalike substance and possession of a firearm while his Firearm Owner’s Identification Card was revoked. He pleaded guilty to the drug charge and was sentenced March 5, 2019, to 30 months on probation.

Also in June of 2018, Dewilfond was arrested by Davenport police on a charge of second-degree theft for being in possession of a stolen car. Dewilfond pleaded guilty to the charge and was sentenced to three years on supervised probation. His probation was to end in July 2022. Scott County authorities have already filed to have his probation revoked.

Dewilfond was being held Tuesday night in the Scott County Jail on cash-only bonds totaling $105,000. A preliminary hearing is scheduled for Oct. 7 in Scott County District Court.

Eckermann also was being held Tuesday night in the Scott County Jail on cash-only bond of $100,000. A preliminary hearing is scheduled in her case for Oct. 7 in Scott County District Court. 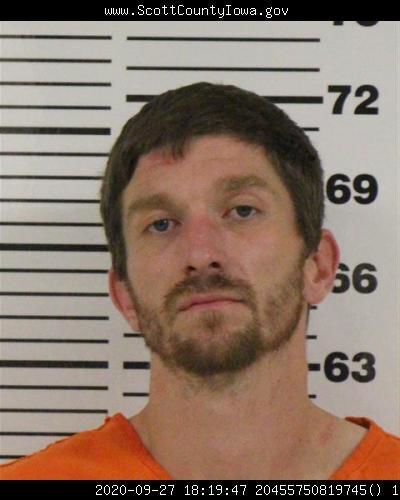 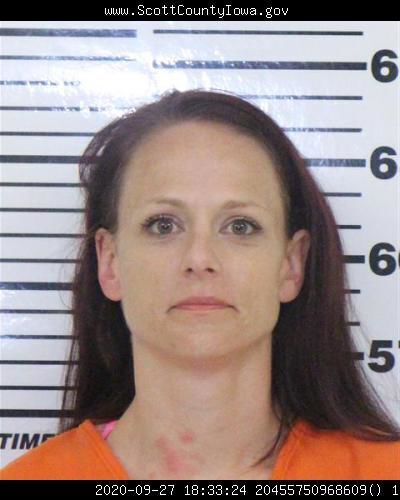