Timeline of turmoil: All 7 arrested in Quad-Cities unrest, including police ambush, are local men 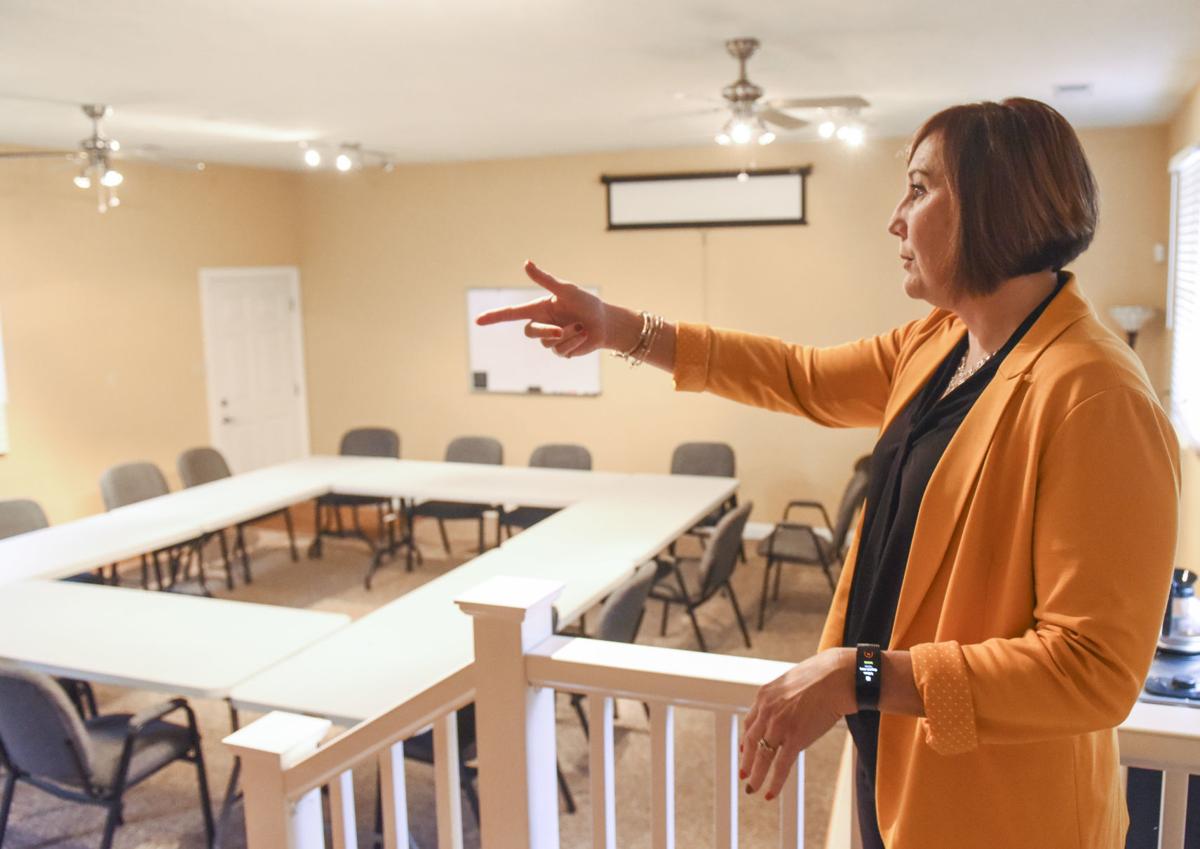 Marcy O'Brien, executive director at the Children's Advocacy Center, shows a room for training that also can be used for counseling in Rock Island. 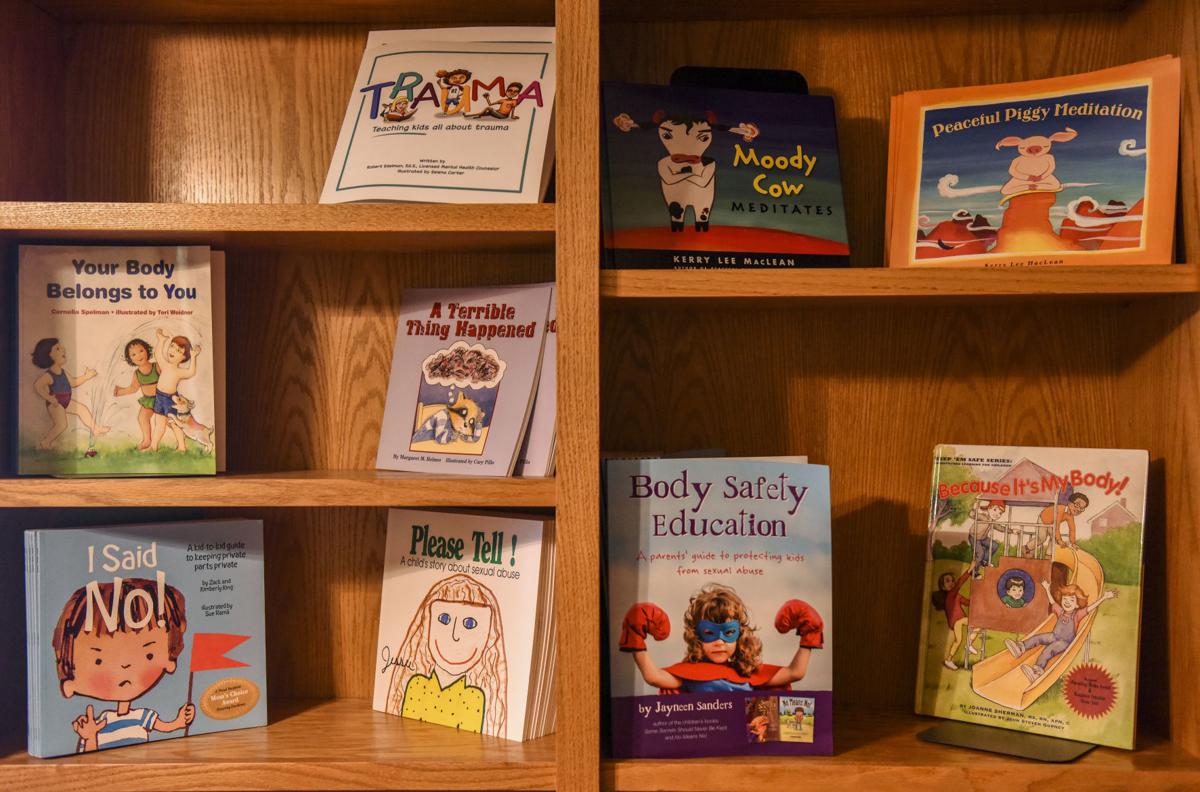 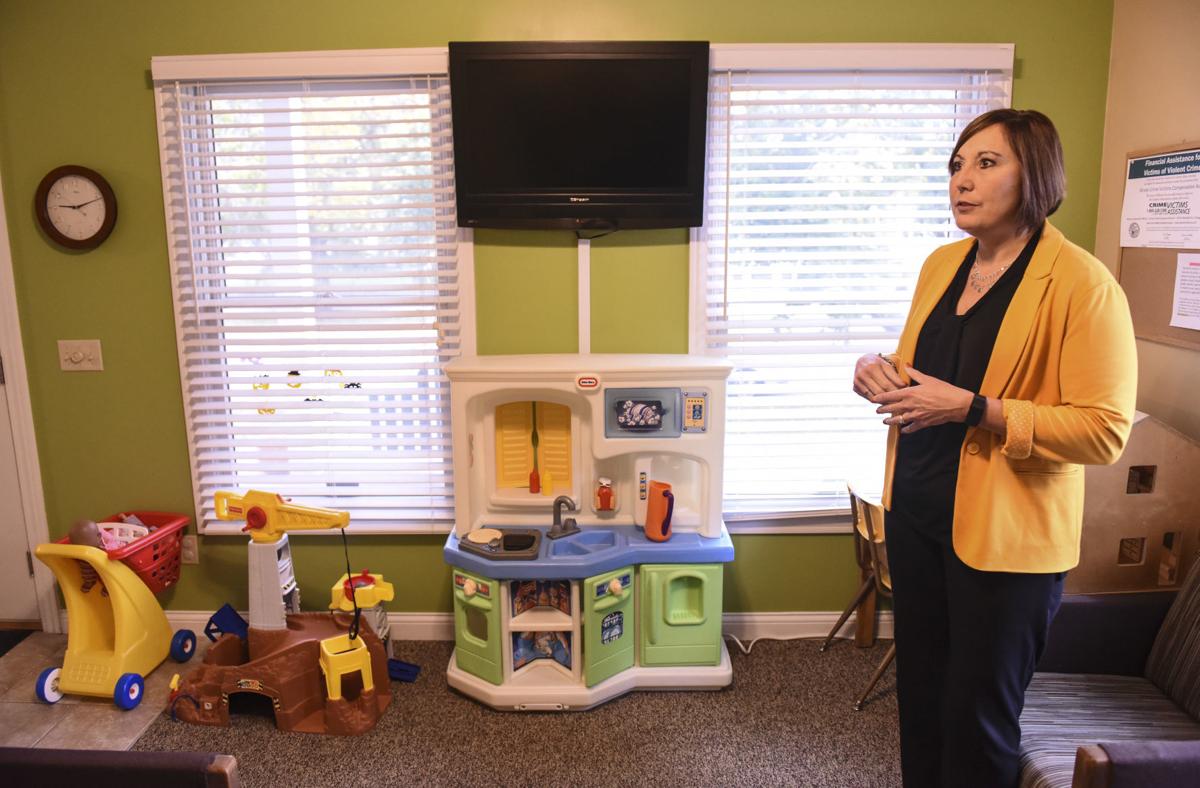 Marcy O'Brien Executive Director at the Children's Advocacy Center shows the waiting room where children and their parents can play before sessions, Friday, Oct. 25, 2019, in Rock Island. 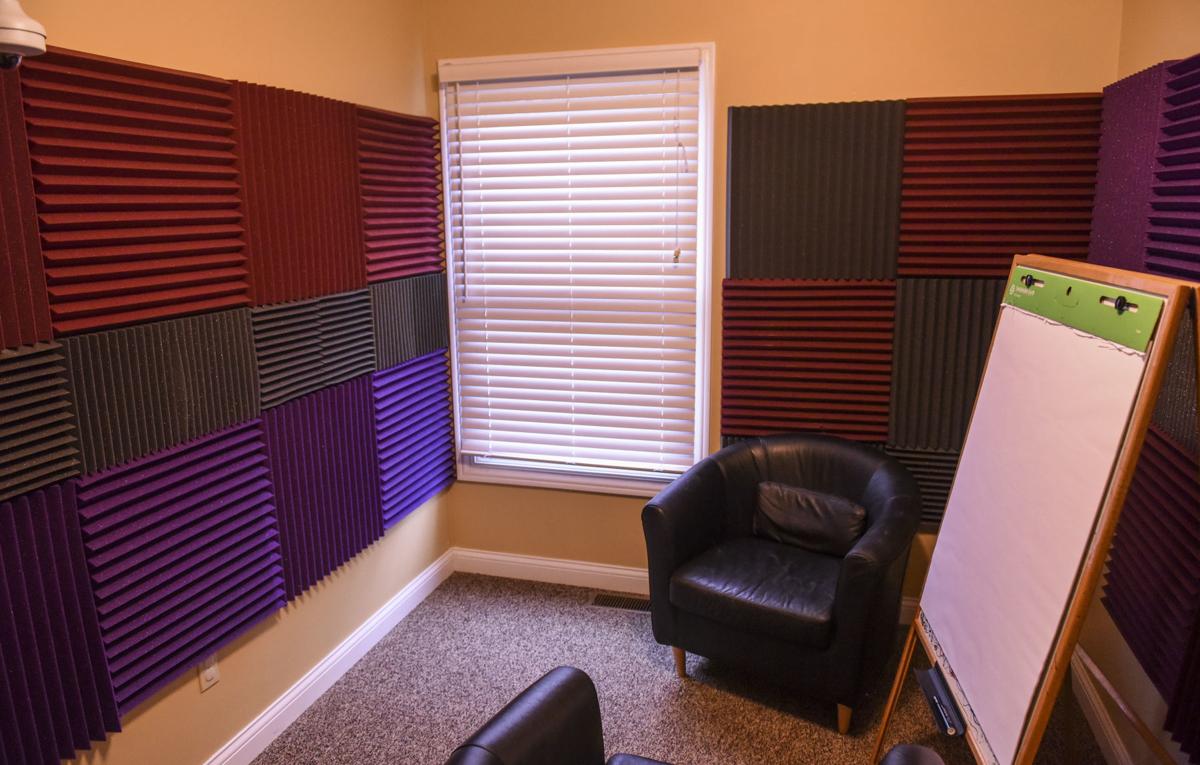 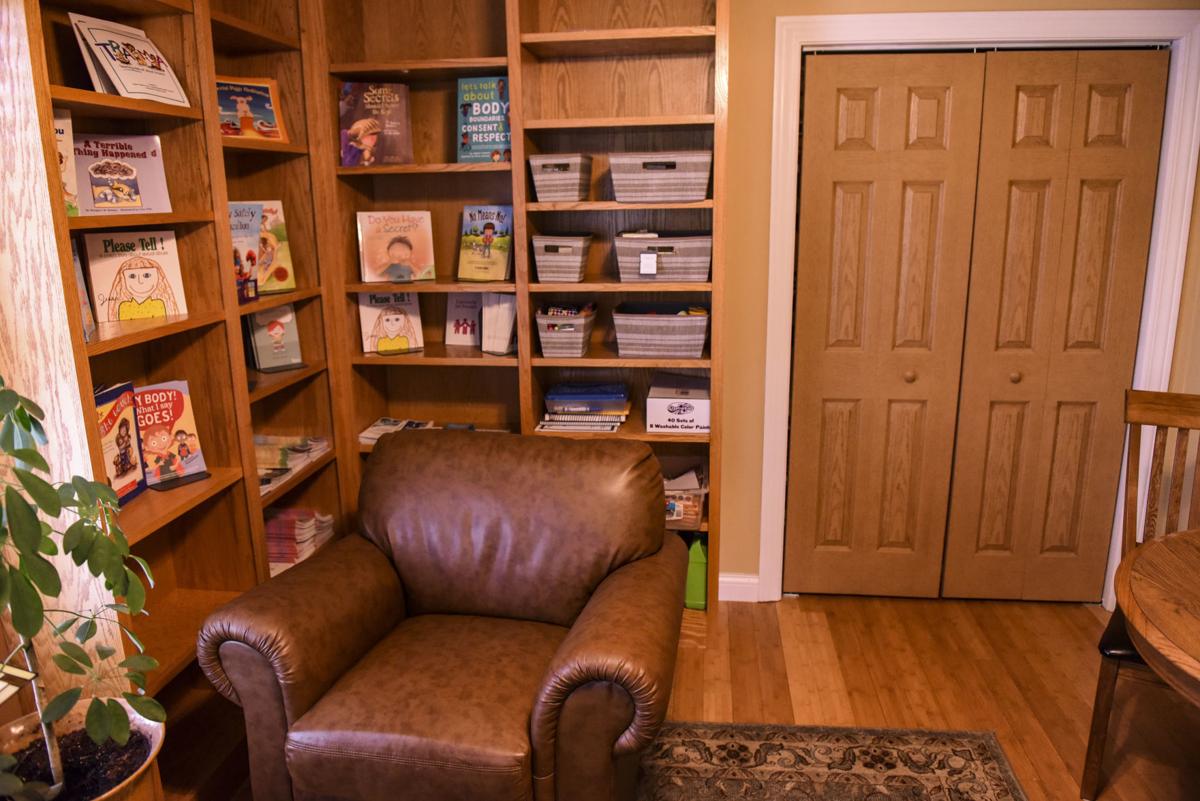 A counseling room at the Children's Advocacy Center, Friday, Oct. 25, 2019, in Rock Island. 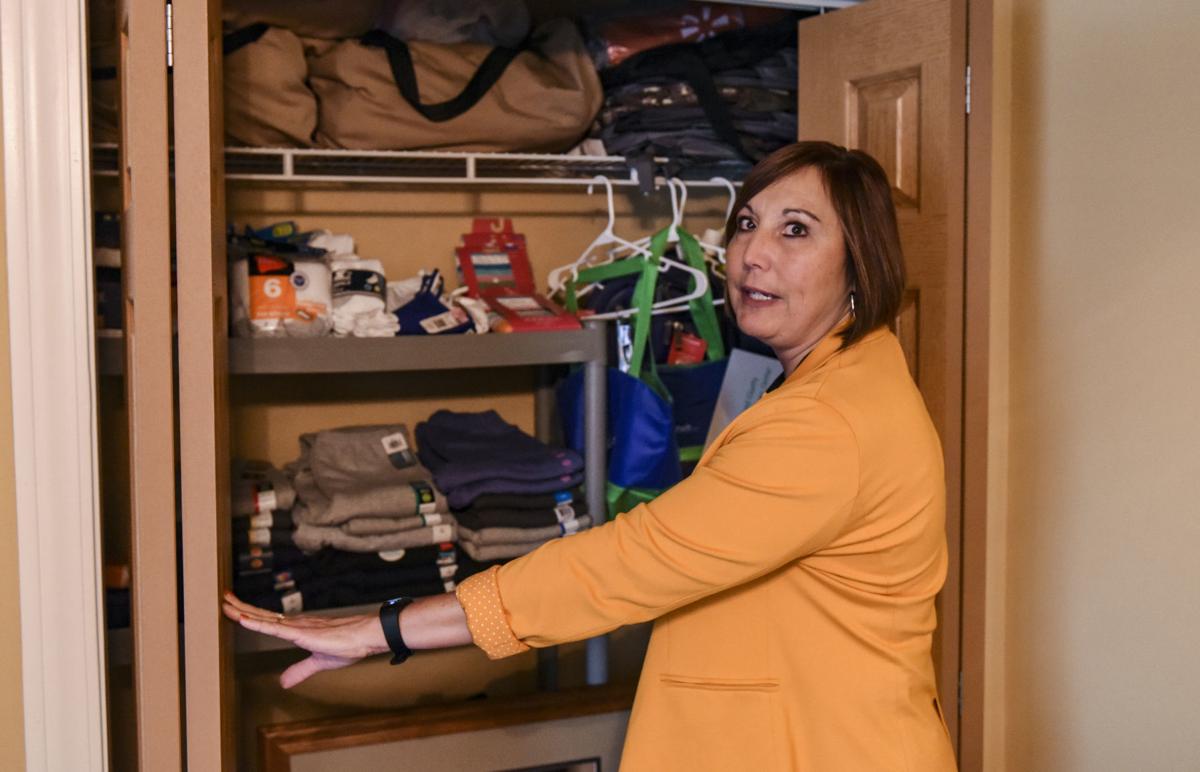 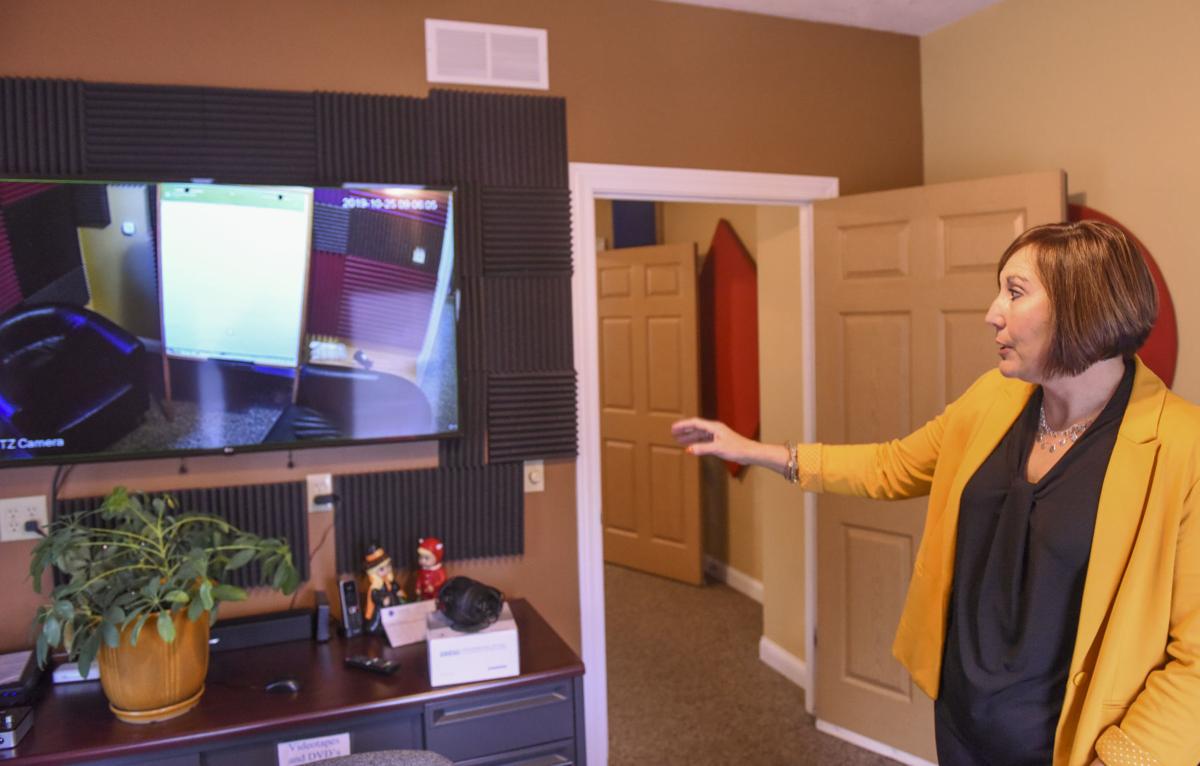 Marcy O'Brien, executive director, shows the monitor at Children's Advocacy Center where she and a team of law enforcement, a state’s attorney and an investigator from the Department of Children and Family Services watch interviews Friday, Oct. 25, 2019, in Rock Island. 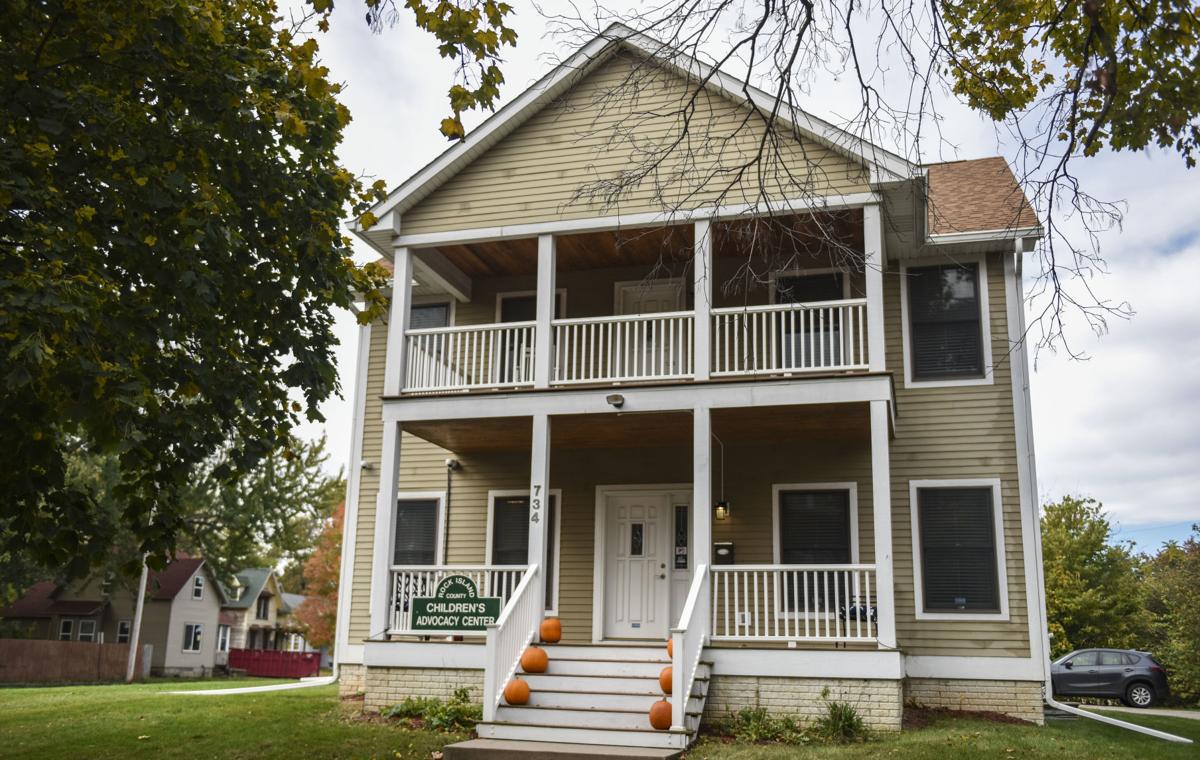 The door of the Rock Island County Children's Advocacy Center opens, ideally before the child has finished climbing the stairs, and there is Sara Allen, smiling.

It’s different when someone opens the door to welcome them, Allen, the center’s family advocate, said.

“I don’t want them to knock,” Allen said.

The center is an independent not-for-profit that participates in child abuse investigations, helping both the affected families and the authorities pursuing the case, Marcy O'Brien, the center’s executive director, said. The center’s primary function is performing forensic interviews with the children in a safe and friendly environment while law enforcement and prosecutors observe.

The goal of the technique, O'Brien said, is to minimize the children’s risk of further trauma by letting them talk about their experiences in a safe space to one person rather than many.

“We try to make it child friendly for them to come here,” O'Brien said.

Before the advocacy center concept was developed about 20 years ago, abused children might tell their story over and over again to detectives, to the Illinois Department of Children and Family Services, and to their parents or guardian, she and Allen said.

The center is affiliated with the National Children’s Alliance and with the Children’s Advocacy Centers of Illinois at the state level. Those organizations provide resources and training and set standards for the local centers.

O’Brien said there are about 850 centers nationwide, and almost every county in Illinois has the service available. There has been a center in Rock Island County since the late '90s.

The center, however, is not a walk-in service, O'Brien said. Clients must be referred by the authorities as part of an investigation.

The Rock Island County center benefits from some tax revenue because of a referendum, but largely funds itself through grants and donations, O'Brien said.

In its 2019 fiscal year, the Rock Island County center conducted interviews with 218 children, most of them for sexual abuse cases, though there were some physical abuse, a neglect case and two witness interviews, according to data provided by O'Brien.

Most interviews are for Rock Island County cases, but the center will also do interviews with local children who may have been abused in another jurisdiction — Chicago, for instance — to prevent the child having to travel for the interview.

Most of the 2019 fiscal year cases also involved the DCFS, O'Brien said. DCFS involvement means an immediate family member or other caregiver such as a babysitter or coach is suspected as the abuser. It’s uncommon for a child to be abused by a stranger. It is usually someone they know.

Once children are welcomed into the center, O’Brien, Allen or their coworker, Patty Jo Dooley, the center’s case manager, let them see everything.

“Would you like a tour of the house?” O’Brien might say. “This is where we are going to be talking to you.”

The children first see warm colors — rich browns, greens and golds — on all of the walls. There are comfy chairs and couches in almost every room. There are plastic play sets, puzzles, and a handmade wooden doll house just for them. There is a keystone shaped chalk board with a small plastic tumbler full of white nubs of chalk on the floor, ready for scribbling.

They see the kitchen where snacks and drinks are available if wanted.

There are two rooms where children and family members can work with counselors, learning how to cope with the lingering effects they may suffer because of the abuse.

That counseling, provided by outside specialists, focuses on identifying the issues caused by the abuse, and giving the clients techniques for dealing with it on their own outside of counseling, O’Brien said.

The center also prepares the clients for dealing with the courts if a case reaches prosecution, so the children and their families know what to expect, O’Brien said. Staff will also attend hearings with the children if asked.

There is the observation room, where investigators and prosecutors watch the interviews via camera. The child is told people will be listening to the interview.

“They know they are being watched,” O’Brien said. “We don’t keep anything from them.”

Then there is the interview room, where one of the three women speak with the children. All three women are trained to conduct the interviews to standards that allow them to be used as evidence in a court.

In that room are two more comfy chairs, facing each other, about a foot apart.

During the interviews children are allowed to speak at their own pace and as much as they are willing, Allen said. When they are in the chair, the children decide.

When the interviews are done, the children go play if they want, while the authorities discuss among themselves what comes next for the case and speak with the children’s guardians, O’Brien said.

Each child, each case is different, they said.

The center’s measure of a job well done, however, is always the same: that the child is safe, and that the child learns how to deal with the trauma they experienced, O’Brien said.

Seeing how the children change from the first time the center’s door opens for them to the last is the most rewarding part of her job, Allen said.

Anyone who suspects a child is being abused or exploited can contact their local law enforcement agency, the Illinois Department of Children and Family Services at 800-252-2873, or the National Center for Missing & Exploited Children at missingkids.org/gethelpnow/cybertipline.

How you can help

The Rock Island County Children's Advocacy Center benefits from some tax revenue because of a referendum, but largely funds itself through grants and donations, Marcy O'Brien, the center’s executive director, said.

The center also accepts other types of donations: cleaning supplies, forever stamps, and also gift cards for food and supplies that are used to assist clients.

Anyone who wishes to donate money or supplies to the center can call 309-794-6451 or email at cac@riccac.org for more details.

They can also give online, or find out more about the center through its website at riccac.org/index.php

Some clouds, some sun, and temps in the mid-40s. That pretty much sums up today's forecast. Here are the details from the National Weather Service.

A Rock Island man has been accused of exposing himself to a girl as she walked home from school.

East Moline man accused of sexual contact with a child

A man has been accused in Rock Island County of sex acts with a child.

Illinois State Police have arrested Jeffery A. Hallesy, 40, for indecent solicitation of a child and possession of child pornography, accordin…

Marcy O'Brien, executive director at the Children's Advocacy Center, shows a room for training that also can be used for counseling in Rock Island.

Marcy O'Brien Executive Director at the Children's Advocacy Center shows the waiting room where children and their parents can play before sessions, Friday, Oct. 25, 2019, in Rock Island.

A counseling room at the Children's Advocacy Center, Friday, Oct. 25, 2019, in Rock Island.

Marcy O'Brien, executive director, shows the monitor at Children's Advocacy Center where she and a team of law enforcement, a state’s attorney and an investigator from the Department of Children and Family Services watch interviews Friday, Oct. 25, 2019, in Rock Island.