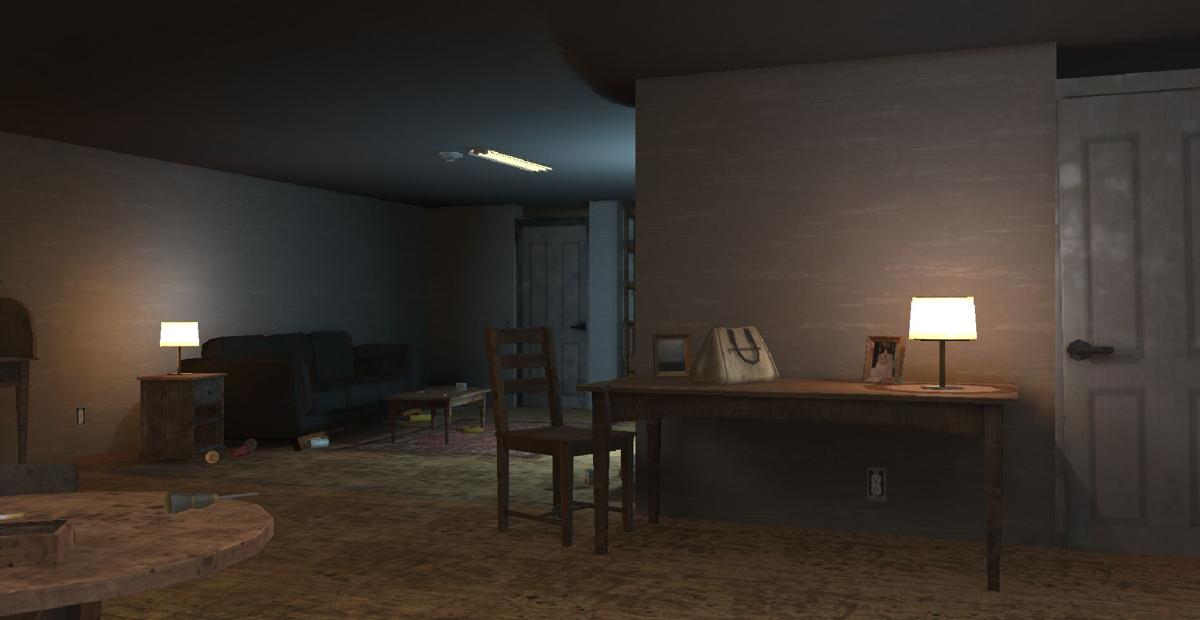 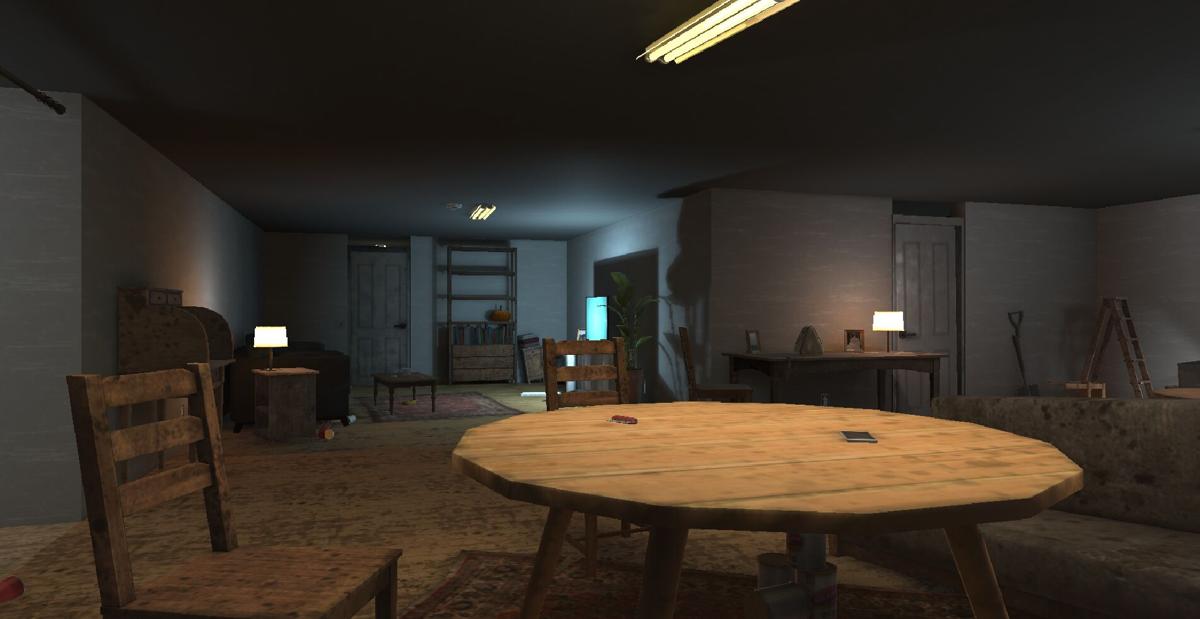 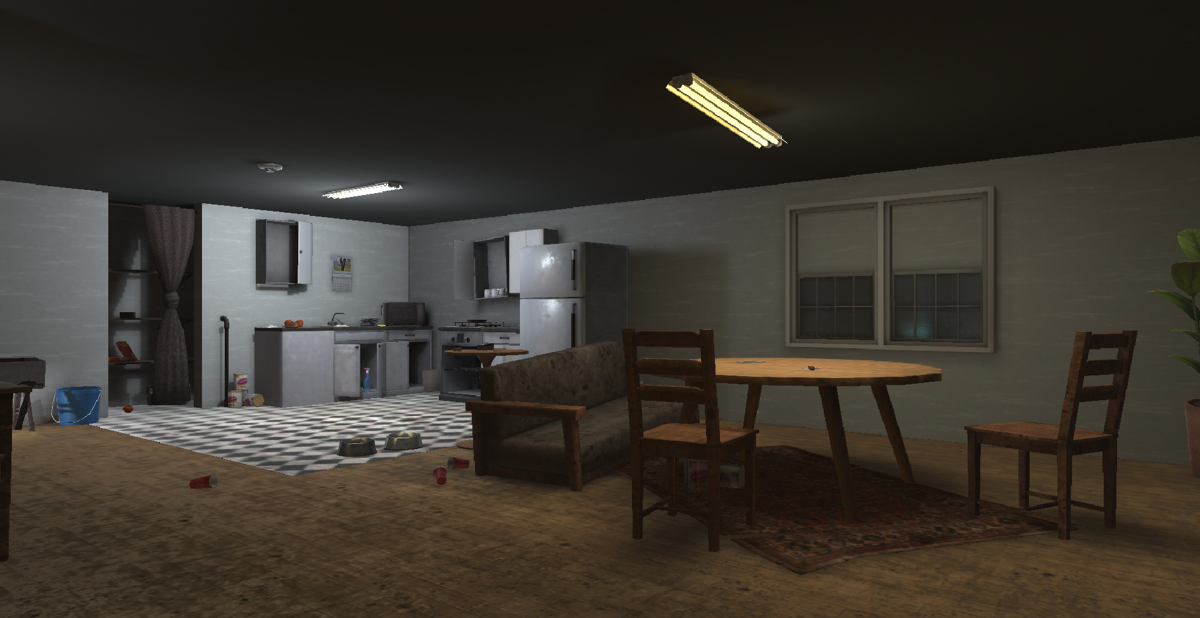 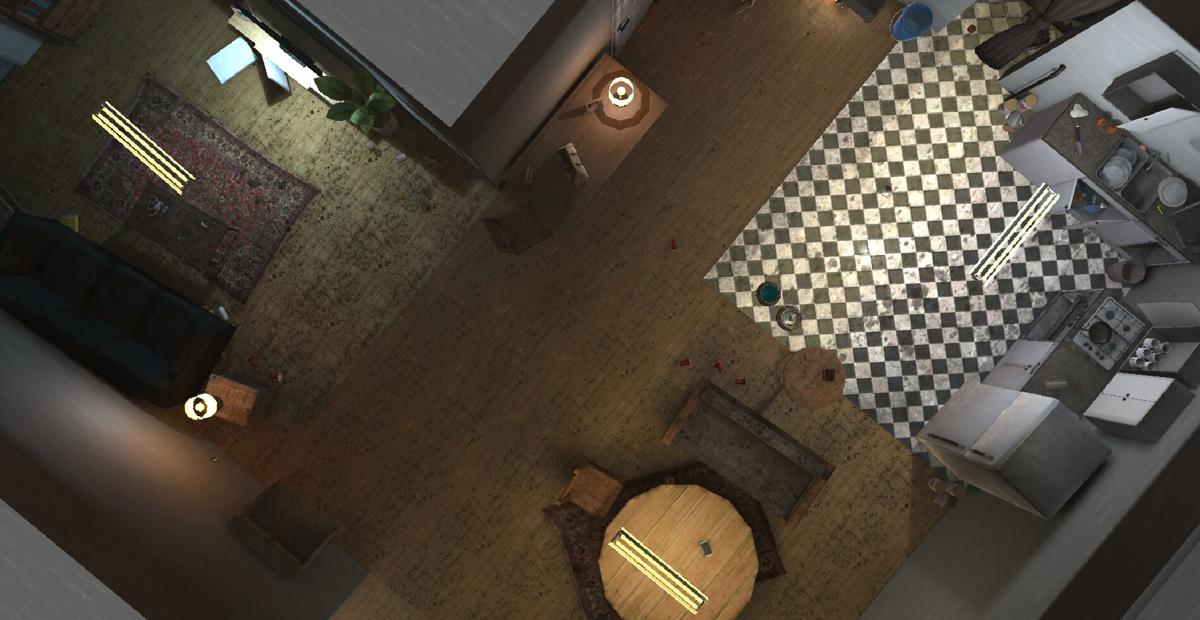 The Quad Cities Child Abuse Council has developed a new realistic training system for family support specialists and others who make home visits, and it involves virtual reality.

The apartment represents a residence that the trainees might encounter when making home visits. Inside there are some things that immediately stand out, like a shotgun leaning against a wall and a pocket knife on the kitchen table, that could be dangerous for children. There are also other, subtler things that trained specialists should notice and know to discuss.

Mark Mathews, the Child Abuse Council executive director, said they've been starting the training by letting the specialists look around the apartment and discussing with them which things would be important to talk about with the family that lives there. After the trainees are comfortable analyzing the apartment, the next part of the training involves having a supervisor enter the apartment with the trainee and play the part of a parent or someone who the family support specialist might be visiting.

"When you are in the virtual world, you can change your avatars to be different people. So, it could be a different population that a worker doesn't have experience with or exposure to. These people can actually play these specific parts," Mathews said. "Same thing with kids. If you have adults like me playing the parts of kids in front of you it doesn't seem real, but if I can be in the virtual world and have an avatar that makes me look like a 4-year-old boy, it really makes it more immersive and realistic."

Mathews said the idea for the VR training system came after a conference where he heard a speaker from the University of Illinois in Springfield talk about a new training system the university had built in partnership with DCFS, which involved a real home outfitted with cameras and hired actors. Mathews had reached out to find out more about the training and see if he could bring his staff to participate, but was told they may have to wait several years before the training was available.

Mathews said he wanted to create a similar system on a smaller scale and he decided virtual reality was the easiest way to do so. He applied for and received a $25,000 grant from the Hubbell-Waterman Foundation, and used that money to hire Behal to design the virtual apartment.

A news release about the VR system states that Behal "helped maximize the project budget and add unexpected features, including an 'observation deck' from which others can view training sessions in progress."

Behal said designing and building the apartment in VR took him about two and a half months, plus a couple extra weeks of tweaks and small changes.

"My first month was mostly prototyping the room, coming up with the layout, creating the structure and the environment," Behal said. "And then, I also had a list of different 3D modeling assets I needed to have finished. I spent time coming up with a list of different things that I might need for the room itself, and then also working on stuff like lighting, spacing and a lot of stuff like that."

Mathews said he eventually hopes to market the training to other human services agencies in the Quad-Cities area and across the country.

"I couldn't be more excited about where this new training can take our staff, our families and our organization," Mathews said. "If we and other organizations can save money through this tool, it helps ensure the future of these programs."

Monday briefing: Traffic change on I-74 in Bettendorf, tackling a teacher shortage, and homicides in the Quad-Cities

Still feeling the after effects from turkey overload? Or that unusual turn of events that put the Hawkeyes in the Big Ten Championship? Whatev…