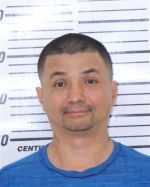 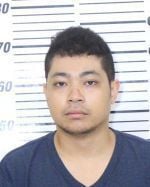 A pair of men arrested Wednesday are accused of serving as the Davenport connection in what was described as a "drug-trafficking organization" that brought suitcases full of marijuana from Seattle to the area via Amtrak trains.

Thai Van Le, 27, is charged with possession with intent to deliver marijuana and failure to affix a drug tax stamp.

Both live in Davenport.

Le posted a $5,000 bond Wednesday night and was released from the Scott County. Nguyen’s bond was set Thursday at $55,000. He will be arraigned June 11.

According to the Scott County Sheriff’s Department, Nguyen and Le were targets of an ongoing narcotics investigation involving a drug-trafficking organization between Seattle and Davenport.

Nguyen was the main source of the supply, according documents filed by the sheriff’s department.

Nguyen is accused of working with at least three people, dropping them off at an Amtrak station in Seattle with suitcases containing marijuana.

According to the sheriff’s department, he picked up the suitcases at an Amtrak station in Chicago and brought them to residences in the 3200 block of Heatherton Drive and the 900 block of West 17th Street in Davenport.

Deputies said a search also yielded approximately 47.9 grams of powder cocaine and 42.5 grams of suspected MDMA in a suitcase.

Deputies said they found more than $200,000 in cash after a search of an apartment on Heatherton Drive.

Le told deputies he obtained up to 20 pounds of marijuana at a time from Nguyen and recently sold 16 pounds for $34,000.

He said Nguyen provided him with MDMA and cocaine.

During a search in Le's bedroom, deputies said they found approximately 285 grams of marijuana along with an undetermined amount of money.