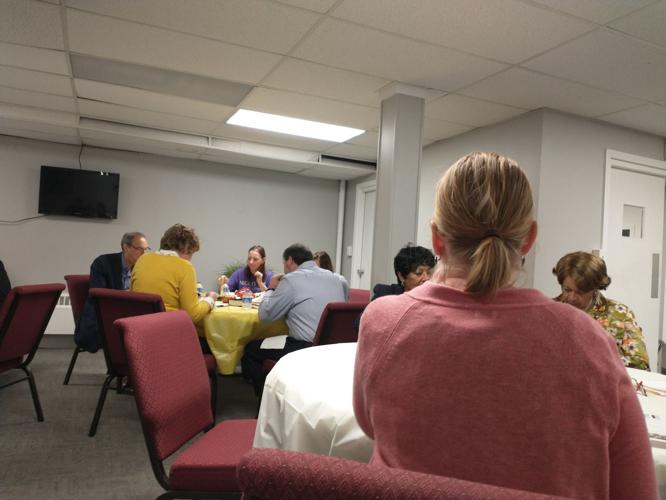 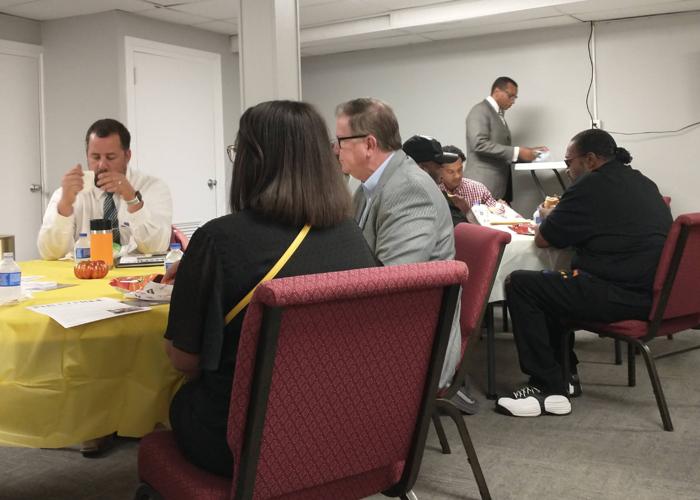 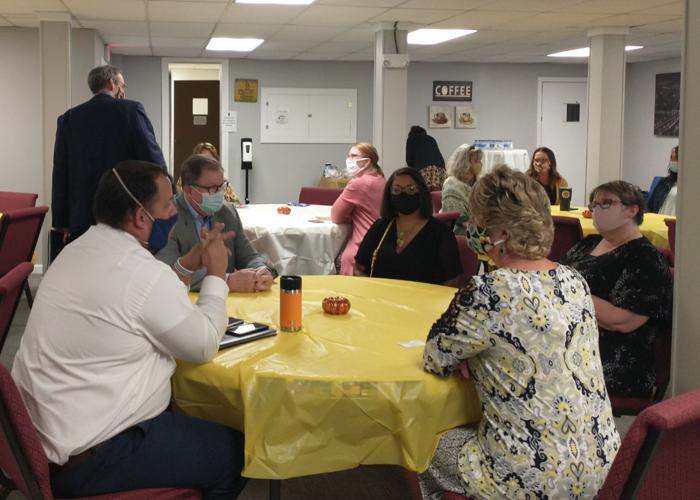 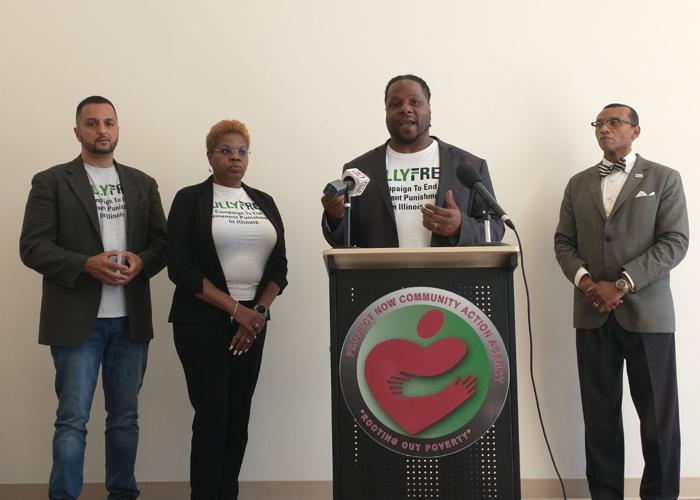 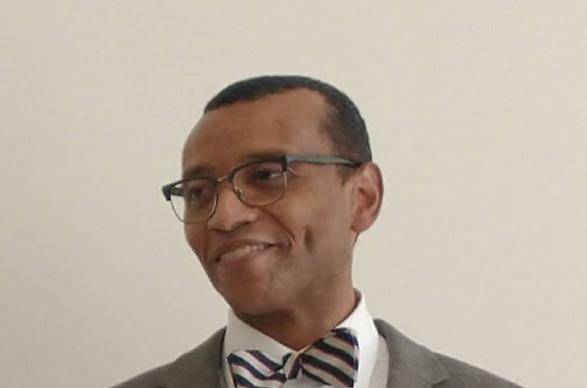 An Illinois human rights advocacy group whose goal is to end "permanent punishments" for formerly incarcerated people in Illinois announced Tuesday they plan to launch a chapter in the Quad-Cities.

The Fully Free Campaign seeks to remove hundreds of legal barriers to housing, education and economic opportunity in Illinois for people who are returning to society after serving prison and jail sentences.

The campaign is partnering with Project Now to launch a Quad-Cities chapter. This is the eighth chapter formed since Fully Free launched statewide in June. The partnership was announced in a news conference Tuesday morning. After the conference, Project Now hosted the Fully Free board members and several community leaders at a luncheon in the Grace City Church in Rock Island.

"We help move people up and out of poverty, and we have done that now for 53 years. There's a portion of that population that brings us together today. I refer to them as returning citizens. Men and women who were formerly incarcerated with felony convictions or with the association with incarceration that prevents them from opportunities of housing, education and economic wealth and expansion thereof. The truth is is that if we are serious about our mission, we could never overlook the men and women coming home from prison," Ford said.

At the luncheon, the Fully Free board members presented their coalition to a group of about 30 people representing several Quad-Cities organizations, including the Safer Foundation, Open Door, the American Job Center, the Quad-Cities Chamber of Commerce and Black Hawk College.

Each of the board members of Fully Free is a formerly incarcerated individual. Governing board chair Willette Benford said she believes it's important for policy makers to work with people who are directly impacted by the laws and regulations that are passed.

"No one tells our story better than us," Benford said during the luncheon Tuesday.

Benford said the coalition is working with a team of lawyers to go through all of the Illinois laws related to formerly incarcerated people and determine which ones are creating permanent punishments. She said after that analysis is complete, the group will determine which laws take priority and start working to pass legislation and overturn some of those statutes.

A news release about the new chapter states that Fully Free has already had two legislative wins with the signing of two bills into law in Illinois, one of which created uniform standards for the more than 100 public housing authorities across Illinois, creating more equitable background screening processes. The other law repealed the Temporary Assistance for Needy Families (TANF) Drug Felony Ban, which prohibited people with a record with drug-related convictions from accessing TANF.

“That’s what makes the Fully Free campaign unique, is that we’re actually taking time out to really analyze the Illinois statutes and look at how were these laws created? Why were they created?" said Fully Free Board Chair Marlon Chamberlain. "We’re halfway through our analysis, and once we complete that analysis, that’s going to really dictate the strategy that we use to introduce legislation.”

An SUV drove the length of the I-74 bridge bike path. Three people were injured.

Authorities on Monday released the name of a Moline man they say was killed after being struck by a SUV on the Interstate 74 bridge pedestrian path early Sunday.

A Port Byron man was arrested after Bettendorf Police say he led them on a high-speed chase early Tuesday morning, reaching speeds of 70 miles per hour before crashing into a retaining wall.

Davenport Police have identified the motorcyclist killed in a crash with a car Wednesday night as Michael Vickers, 56, of Davenport.

Also on Thursday, the city of Rock Island reached a tentative settlement offer with Anthony Gay in a lawsuit filed against the city and two Rock Island police officers for alleged misconduct over a May 2020 traffic stop.

A Davenport man who police say punched a woman in the face while trying to steal her purse allegedly offered arresting officers a $1 million bribe to let him go.

One dead, three injured in Scott County crash between LeClaire and Princeton

A man on a motorcycle was killed in a crash with a car Wednesday night.

Report: Millions forced into extreme poverty while the ultra-rich profited from the pandemic

Starbucks joins McDonald’s and other companies in Russian exodus

Starbucks joins McDonald’s and other companies in Russian exodus 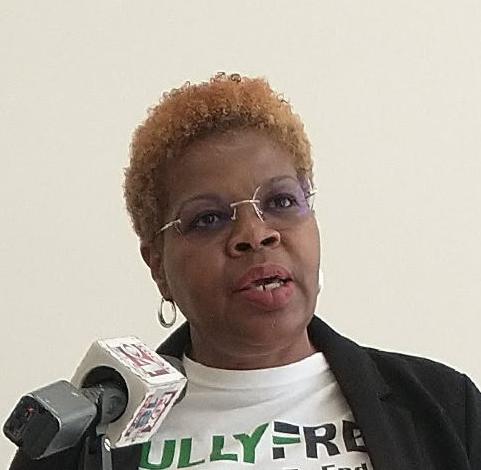 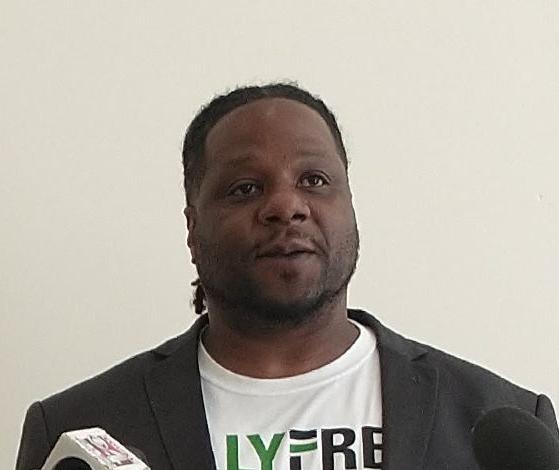