A jury on Tuesday could not reach a verdict in the trial of Chrystian Z. Smith in relation to the killing of Jamon Winfrey in 2021.

Smith, 19, Davenport, was on trial for first-degree murder and intimidation with a dangerous weapon in relation to Winfrey’s death.

Assistant Scott County Attorney Caleb Copley, who led the prosecution in the case, said Tuesday afternoon that the proceeding had been declared a mistrial.

Authorities have said Winfrey, 14, Davenport, was shot on Feb. 24, 2021, when members of the Mad Max Gang began shooting at their Savage Life rivals in the 1300 block of Farnam Street. Winfrey’s body was found the next day between two nearby houses. An autopsy later determined he’d been shot to death.

The proceedings against Smith began Nov. 14 with jury selection. Arguments and the presentation of evidence concluded around 12:30 p.m. Monday, and the jury began its deliberations.

Smith is the first of the three men accused of the killing to be tried.

John Eddie Hanes III, 19, and Javon Combs, 21, also face charges of first-degree murder and intimidation with a dangerous weapon in relation to Winfrey’s death. They are also from Davenport.

In earlier court hearings related to the killing, police have accused Smith, Hanes and Combs of being members of the Mad Max Gang or MMG, while Winfrey was a member of the Savage Life gang.

At the time of the shooting, the gangs had “shoot-on-sight” orders for each other's members, police said.

During his opening argument last week, Copley said that the decisions Smith made the day of the shooting led to Winfrey’s death.

Tomas Rodriguez, Smith’s attorney, argued that Combs and Hanes, not his client, were responsible for Winfrey’s death. Those two acted on their own without encouragement or assistance from Smith.

Copley said Smith was driving with Combs and Hanes when he saw two vehicles stopped at the intersection of 13th and Farnam streets and identified them as the “opposition.”

Winfrey was in one of those two vehicles, Copley said.

After identifying members of Savage Life at the intersection, Smith maneuvered the vehicle he was driving to block the intersection and Combs began shooting, Copley alleged last week.

Smith then handed a gun to Hanes, who also began shooting, Copley said.

When the shooting started, Winfrey got out of the vehicle in which he was riding and tried to flee, Copley said. He was shot in the back, and the wound was fatal.

Winfrey was not armed, Copley said.

Rodriguez said the evidence disputed the prosecution’s argument that Smith gave a gun to Hanes — whom Rodriguez argued was already armed — or that Smith tried to block the street.

Smith did not shoot Winfrey, Rodriguez said. That was Hanes or Combs.

The cases against Combs and Hanes were pending as of Tuesday, according to court records. Both men have hearings scheduled for February.

A Davenport woman who has been on parole for four months from the Iowa Department of Corrections for a 2016 cocaine trafficking conviction was arrested Wednesday by Bettendorf Police for allegedly peddling methamphetamine.

An Eldridge woman is accused of extorting a man to whom she had been sending explicit photos and videos in exchange for money, police said.

An East Moline man was arrested Monday in Oklahoma in relation to the fatal September shooting of Angel Lopez Jr. in Rock Island.

The former Schnucks grocery store in Bettendorf was burglarized of more than $10,000 in copper, police said, and a suspect is in custody.

A Blue Grass man is facing child endangerment charges after he allegedly failed to get medical aid for daughter who suffered third-degree chemical burns after she slipped in some spilled industrial cleaner at their home, the Scott County Sheriff’s Department said.

A Geneseo man who earlier this year pleaded guilty to five federal counts of sexual exploitation of a minor has been sentenced to 32 years in prison.

A Davenport man has been arrested for allegedly selling powder cocaine and cocaine base, commonly known as “crack,” on five occasions to agents with the Quad-City Metropolitan Enforcement Group during during the past year.

An East Moline firefighter is on administrative leave after being arrested on child pornography charges.

A Muscatine registered sex offender and probationer was arrested Tuesday after he attempted to entice a minor into a sex act over Facebook Messenger.

Watch Now: The Black Nativity Choir sings "I Know it was the Blood" during a performance Friday at the Quad-City Arts Festival of Trees.

Watch Now: The Black Nativity Choir sings "I Know it was the Blood" during a performance Friday at the Quad-City Arts Festival of Trees.

Watch Now: Rosetta Hickman leads the Black Nativity Choir in a rendition of "Couldn't Keep it to Myself" during a performance Friday at the Quad-City Arts Festival of Trees.

Watch Now: Rosetta Hickman leads the Black Nativity Choir in a rendition of "Couldn't Keep it to Myself" during a performance Friday at the Quad-City Arts Festival of Trees. 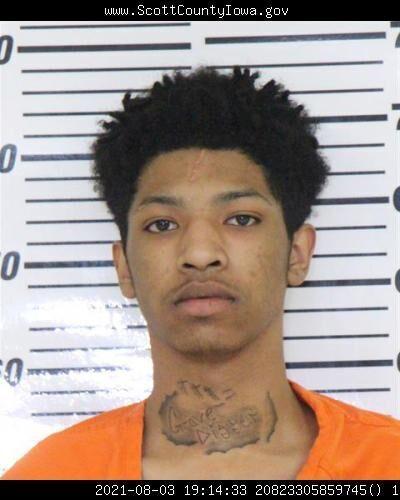 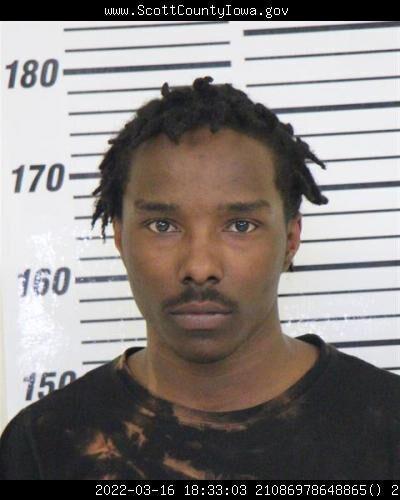 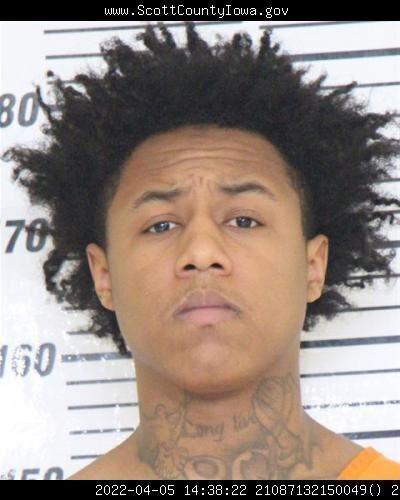