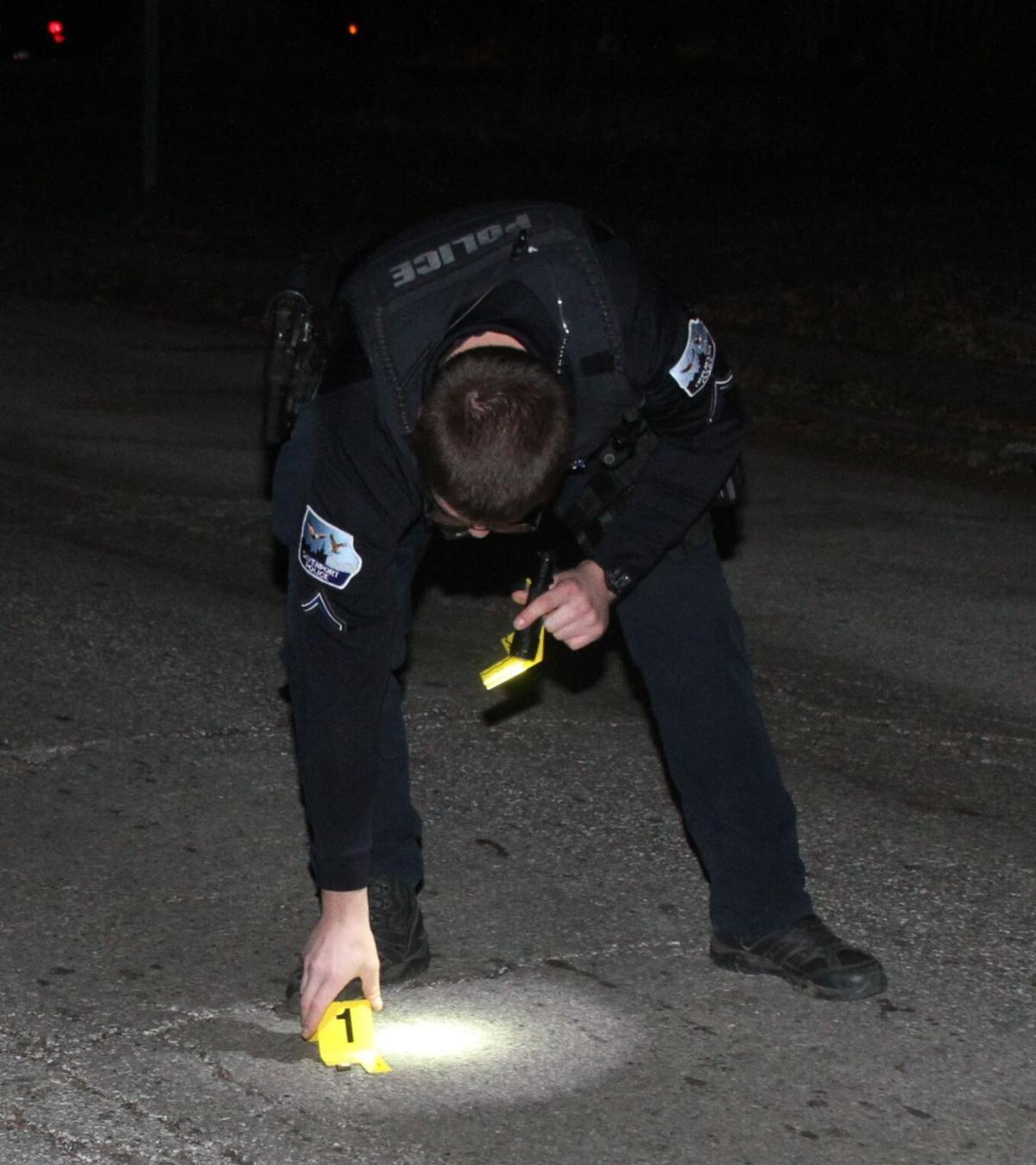 Davenport Police Officer Keith Remley marks the spot of a spent shell casing Wednesday along the 1400 block of West 15th Street. It is the second time in two weeks that officers were called to the area for a shots fired call. 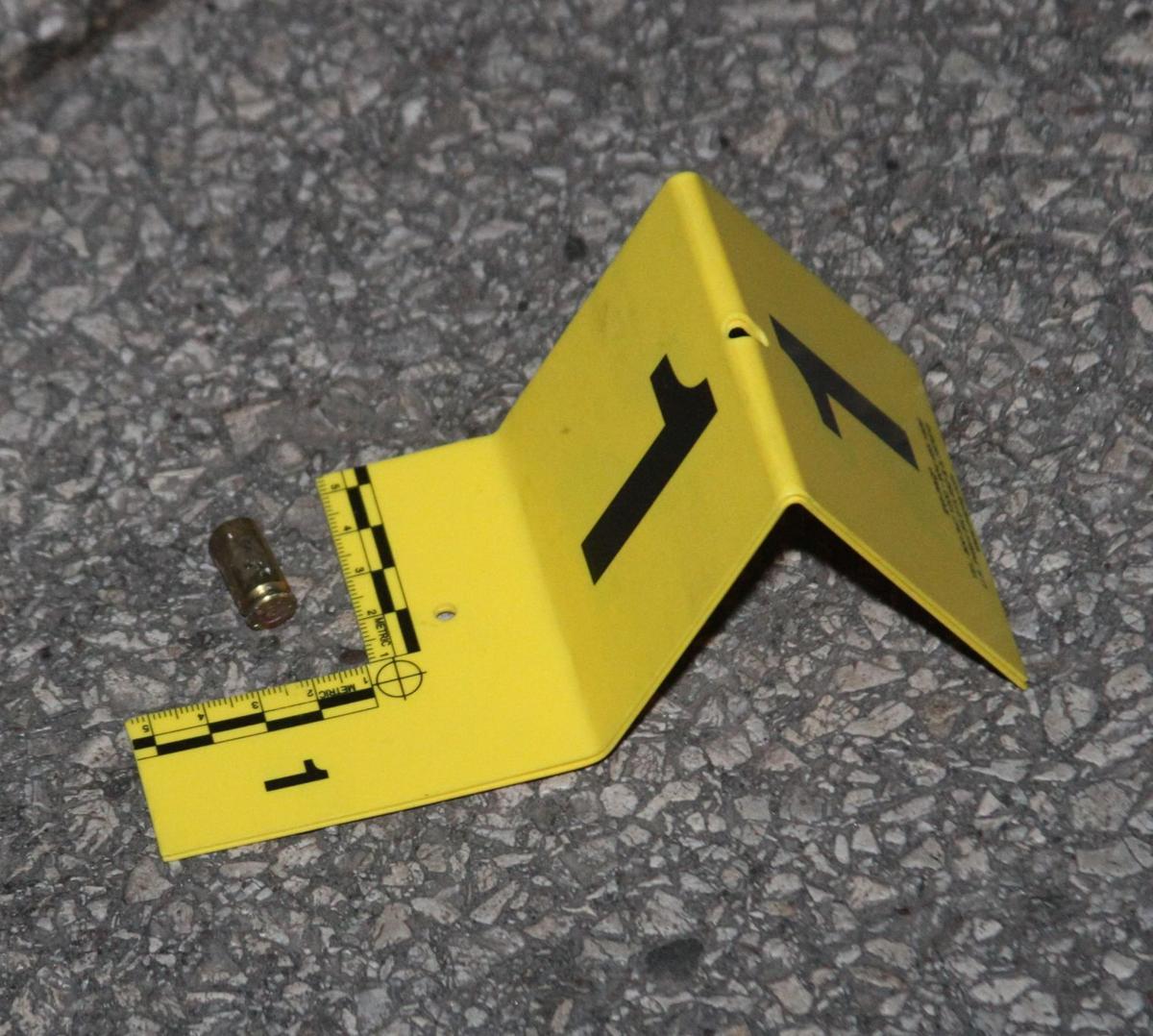 Neighbors in the 1400 block of Davenport’s West 15th Street were wondering if a shots fired incident on Nov. 11 was a random act.

But a shots fired incident at 8 p.m. Wednesday in the same area had each saying the same thing: someone along the street must be a target.

For the second time in two weeks, residents along that area of West 15th Street congregated along the sidewalks talking about the danger such incidents bring to their families.

Davenport police have not yet commented on either incident.

One of the neighbors talked about how easy it would be for a bullet to pierce the façade of one of the old houses and injure or kill someone.

Davenport police remain on the scene of the incident, talking to witnesses, seeing who may have a security camera that captured the event, and searching for any damage to property.

Dispatch received multiple calls of shots fired that neighbors said occurred both in the street and in the alleyway immediately to the north. Several shell casings were located.

In the last shooting incident in that area of the street that occurred at 8:44 p.m. Nov. 11, officers located several spent shell casings and residents came out of their homes to check their vehicles for damage. At least three vehicles parked along the roadway were struck.

Police ask that anyone with information about this incident to call the Davenport Police Department at 563- 326-6125, Crime Stoppers of the Quad-Cities at 309-762-9500, or submit an anonymous tip via the “P3 Tips” mobile app or submit a tip online at “qccrimestoppers.com.”

The Davenport Police Department has identified a pedestrian who was hit by a car and killed Friday on Jersey Ridge Road.

Eldridge man charged with murder in shooting death of wife

An Eldridge man has been charged with first-degree murder in relation to the shooting death of his wife on June 10, according to a Monday news release from the Scott County Sheriff's Office.

Police: Parolee followed woman from casino and robbed her at gunpoint

A Davenport man on parole until 2027 as a habitual offender has been charged for robbing a woman at gunpoint after he followed her to her Bettendorf home from the Davenport Casino.

From the beginning of 2019 to August 2021, there have been 40 homicides in the Quad-Cities: Here's a look at the numbers

Homicides in the Quad Cities have increased significantly since 2019.

Two Rock Island Assistant State's Attorneys have been promoted. The office is looking to hire more attorneys, but the positions have proved difficult to fill.

An East Moline man who was released from the Iowa Department of Corrections on Sept. 25 is facing multiple new charges including meth trafficking and robbery after a traffic stop in Davenport early Wednesday, police said.

An arraignment is scheduled for Dec. 10.

Iowa Board of Pharmacy: DeWitt pharmacy put on probation and Blue Grass pharmacist agrees not to practice

The Iowa Board of Pharmacy took two actions that affect Scott County pharmacists at its most recent meeting on Nov. 10.

Davenport Police Officer Keith Remley marks the spot of a spent shell casing Wednesday along the 1400 block of West 15th Street. It is the second time in two weeks that officers were called to the area for a shots fired call.