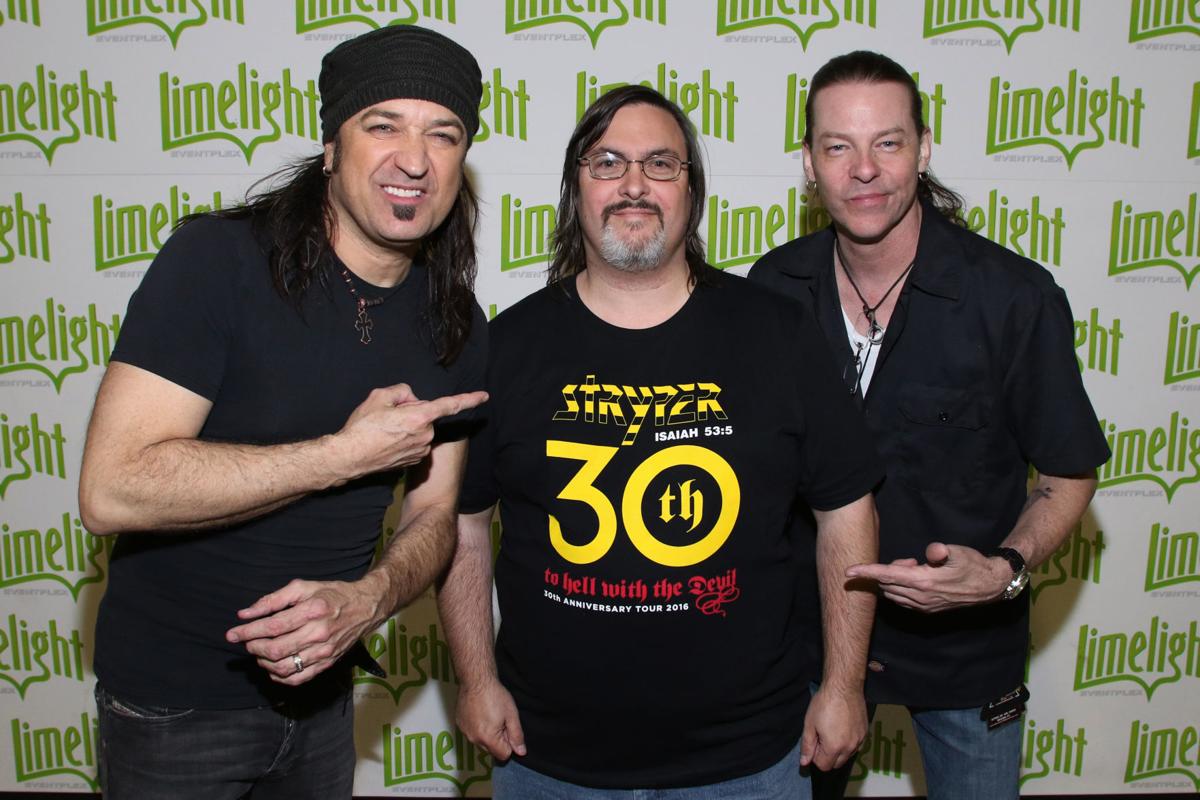 Brian Wallace with Stryper in Peoria in 2016. Wallace credits the band for inspiring his interest in Christian music. 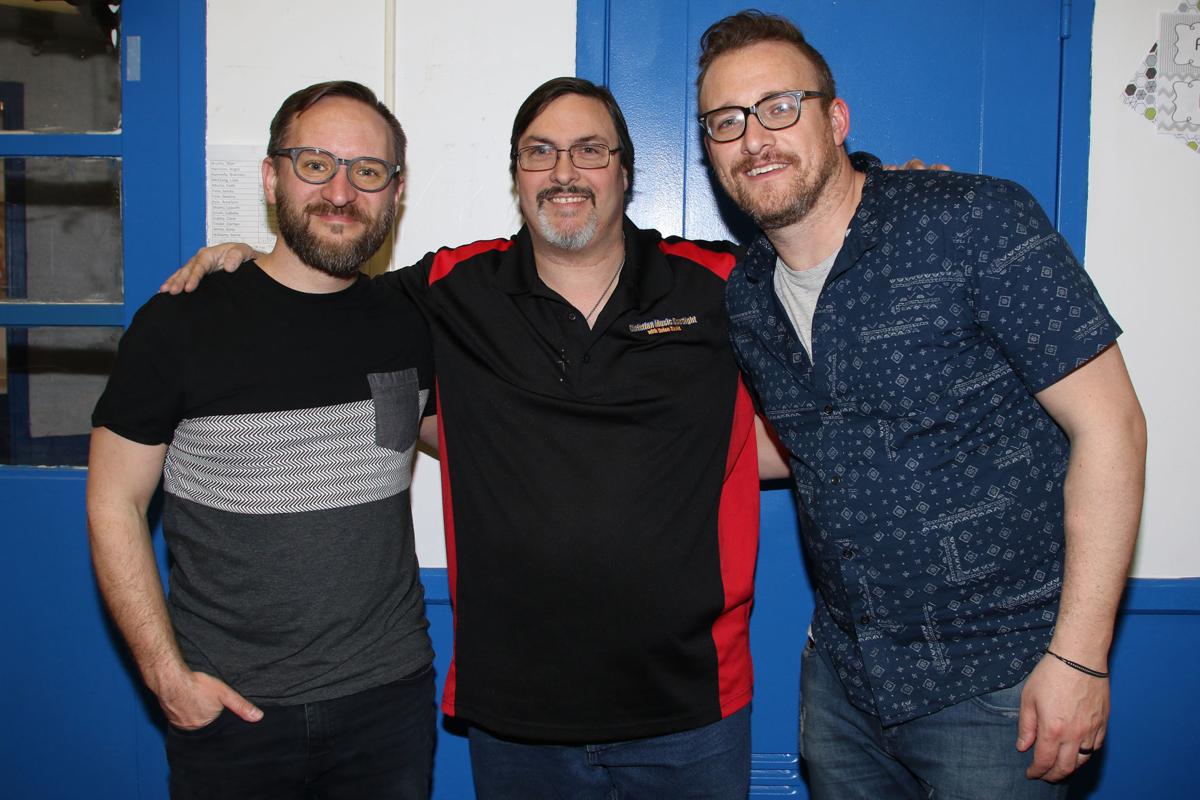 Brian Wallace with Sanctus Real in 2019

Brian Wallace, who lives in Virginia, continues a music ministry he began years ago when he lived in the Quad-Cities.

His message continues to expand far beyond the Quad-Cities: Listeners hear it in England, too.

Wallace, with a longtime passion for Christian music, hosts the weekly “Christian Music Spotlight with Brian David.” His show is broadcast on the St. Ambrose University KALA station (where he got his start), Spotify and a number of other stations throughout the United States and the United Kingdom.

“Brian does 'Christian Music Spotlight' as a labor of love,” said David Baker, KALA operations manager. “He has been a dedicated volunteer at KALA since 1990, and this is his true passion."

Both Baker and Wallace remember Wallace’s first show at KALA, late on a Thursday night in the summer of 1990.

“We had a tornado warning that evening,” Baker said, adding Wallace’s radio career had a “stormy beginning.”

When he was a high-school student at Davenport North High School, his neighbor Matt Stratton recorded a Stryper album, “Soldiers Under Command,” on a cassette and gave it to Wallace, who discovered he really enjoyed the Christian metal band.

Stryper, he discovered, was “hard-rocking, guitar-screeching, in-your-face music but yet praised and talked about God,” Wallace said. “I didn’t know that there was such a thing with the different styles of Christian-based music that had better lyrics and better messages than the mainstream songs I was used to listening to.”

Another friend, Tim Conrad, worked at what then was the Family Christian Bookstore near NorthPark Mall in Davenport and helped Wallace become familiar with other Christian rock and metal bands. It was Conrad, he says, who ultimately led him to accept Jesus.

In the meantime, Wallace began working at The Camera Corner in Davenport, then transferred to Moline.

A colleague at the Davenport store, told Wallace about a volunteer radio show on KALA at St. Ambrose. Wallace met with Baker, who told him the only available slot was a jazz and blues format. Wallace became “The Aceman” on the air. He eventually did a stint in commercial radio but continued with KALA and at the camera store in Moline. His volunteer shows continued for a few years until he left KALA to focus on his work at the camera store.

One day, a camera customer invited Wallace to Bethany Baptist Church in Moline, where Wallace found his church home.

That’s how “Christian Music Spotlight with Brian David” got its start.

He worked nearly 30 years at The Camera Corner before he decided to take a leap of faith and move to Washington, D.C.

But he still wanted to keep his radio show going.

“After nine-plus years, I didn’t want to give my ministry of Christian broadcasting up since I had a good thing going at KALA,” he said. So he learned to record “Christian Music Spotlight.”

“Even though my program is now pre-recorded, it’s great to be able to serve God and the QC community from the DC area,” he said. “I didn’t want to give up my ministry which I had worked so hard to craft, develop, and improve on to come to an end; and thanks to technology it’s still on KALA.”

Wallace is settled in Bristow, Virginia. He is delighted to serve the Quad-Cities from 865 miles away.

"I haven’t forgotten where I came from, as I’ll always be an Iowan,” he said. “It just goes to show what having faith can do.”

Of course, he still listens to Christian music.

“Quite a bit of the Top 40 music has inappropriate lyrics, sometimes so suggestive that I’m surprised they get played on the radio,” he said.

“Some young artists write songs for the shock value which teens and college-age kids buy into and find appealing, which is why Christian music is so refreshing to listen to,” Wallace said. With Christian music, “I feel more at peace, more relaxed, and the messages are uplifting,” he said.

To find out more about “Christian Music Spotlight with Brian David,” to contact Wallace or to listen to an archive of his shows, go to https://christianmusicspotlight.com/

Brian Wallace with Stryper in Peoria in 2016. Wallace credits the band for inspiring his interest in Christian music.

Brian Wallace with Sanctus Real in 2019