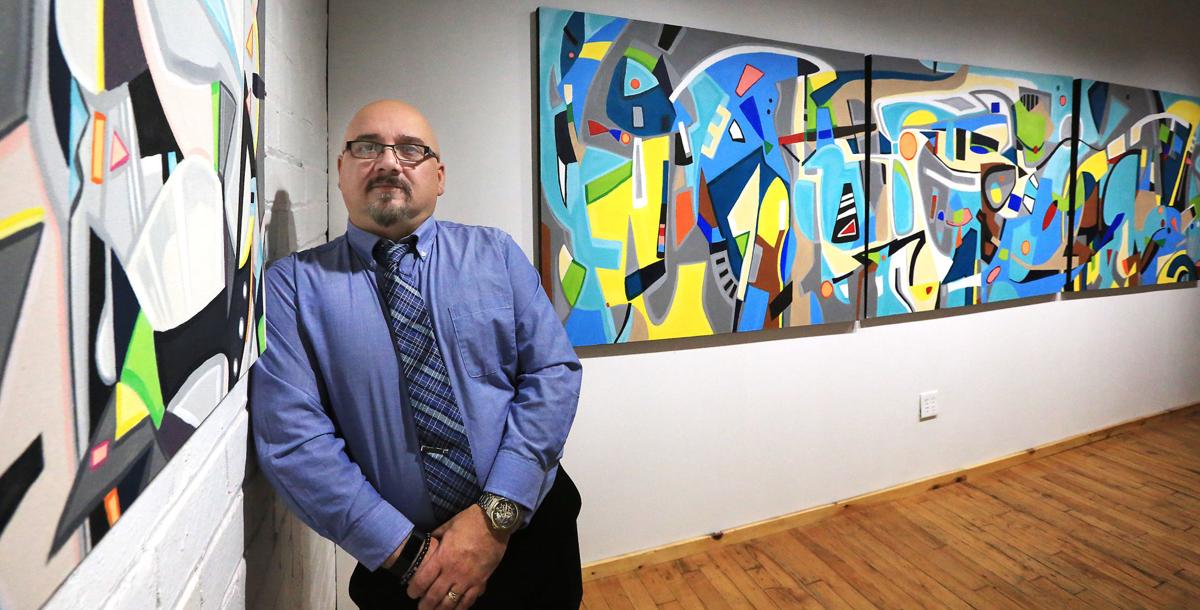 Tony Seabolt an abstract artist, who has a new exhibit of paintings up through January. He's among the four part-time employees who will lose jobs at the Bucktown Center for the Arts at the end of March, when Midcoast Fine Arts goes out of business. 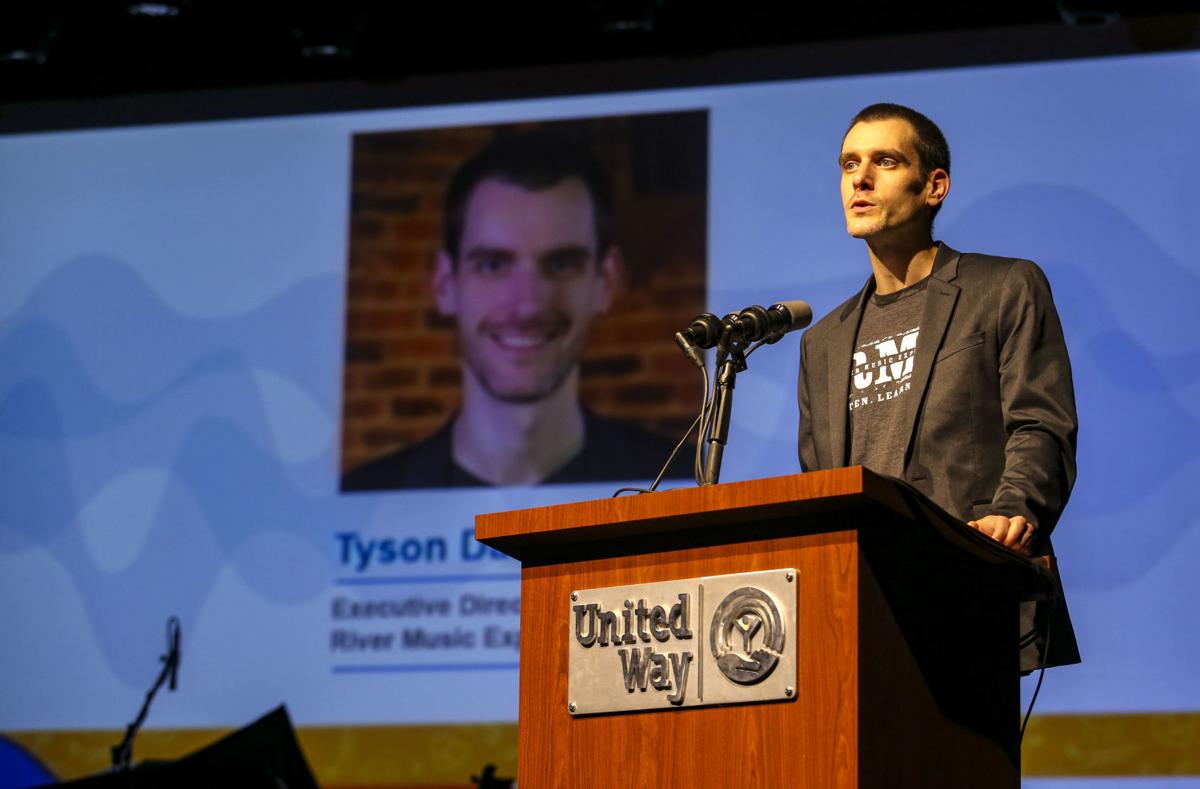 A cushion to the planned shutdown of the 26-year-old MidCoast Fine Arts nonprofit organization is that Tony Seabolt, gallery manager at MidCoast's Bucktown Center for the Arts in Davenport, has been named the new community arts director of Quad City Arts.

The latter regional nonprofit is taking on some of the major responsibilities of MidCoast, which will close at the end of March, shuttering the Bucktown art studios and galleries at 225 E. 2nd St., Davenport.

Until MidCoast shuts down March 30, Bucktown will be open from 11 a.m. to 6 p.m. Wednesdays to Saturdays, and until 9 p.m. on the last Friday of the month.

Seabolt, 51, of Rock Island, is an abstract artist who has been Bucktown manager for over six years. He began working part time Monday at Rock Island-based Quad City Arts, and the job will expand to a full-time one after MidCoast closes, said Kevin Maynard, executive director of Quad City Arts.

“He’s got a great personality — he also has a tremendous amount of experience, working with Bucktown, his role at MidCoast,” Maynard said Monday. “He has a passion for the arts. One of the biggest things we need is someone who understands the arts, understands the community. He has connections in the community.”

About 35 people applied for the community arts job, which mainly focuses on the summer Metro Arts program. Seabolt is succeeding Tyson Danner, who became River Music Experience executive director last spring. The Quad City Arts position was handled by a couple of other staffers in the meantime, Maynard said.

From September 2018 to April 2019, Danner served as RME's interim executive director through a partnership with Quad City Arts, where he had been community arts director since 2016.

Over the summer, Quad City Arts had an intern oversee the program, which involves 90 students ages 15-21 working on public arts projects to earn $500 stipends. Applications for the next Metro Arts program are due March 20, and there will be six projects, Maynard said.

While Danner also led Quad City Arts’ Arts Dollars grant program in the past, that duty has been taken over by Kaleigh Trammell, who was hired last July as Festival of Trees administrator. She previously worked for a foundation in Springfield, Mo., Maynard said.

Project specialist Kelly Schrader, who’s been at Quad City Arts two years and does social media and scheduling for the Visiting Artists program, is leaving after Feb. 14 to move out of the area, Maynard said.

Seabolt will take on some Visiting Artist duties, and the social media duties will be taken on by a new media specialist to be hired by Feb. 11.

Launched in 1994, MidCoast billed itself as the only arts organization within a 90-mile radius that helped beginning artists show and sell their art while they learned the business. In adddition to Bucktown, its other galleries are at 1629 2nd Ave., Rock Island, and at Centre Station, 1200 River Drive, Moline.

Quad City Arts is taking over the Moline gallery, will run the annual Riverssance festival in September and will take on the annual High School Pastel Mural Competition that takes place over Memorial Day Weekend, Maynard said.

Tony Seabolt is happy to have 2019 behind him. It was an exceedingly rough year for the 51-year-old Moline native and manager for the Artists'…

Two familiar Quad-City names are exhibiting their artwork at the Quad City Arts gallery, 1715 2nd Ave., and are expected at a free artist rece…

The River Music Experience on Tuesday named Tyson Danner its new executive director. The nonprofit organization, which will celebrate its 15th…

Kevin Maynard, executive director of Galesburg's Orpheum Theatre, will be the next CEO of Quad-City Arts.

Tony Seabolt an abstract artist, who has a new exhibit of paintings up through January. He's among the four part-time employees who will lose jobs at the Bucktown Center for the Arts at the end of March, when Midcoast Fine Arts goes out of business.