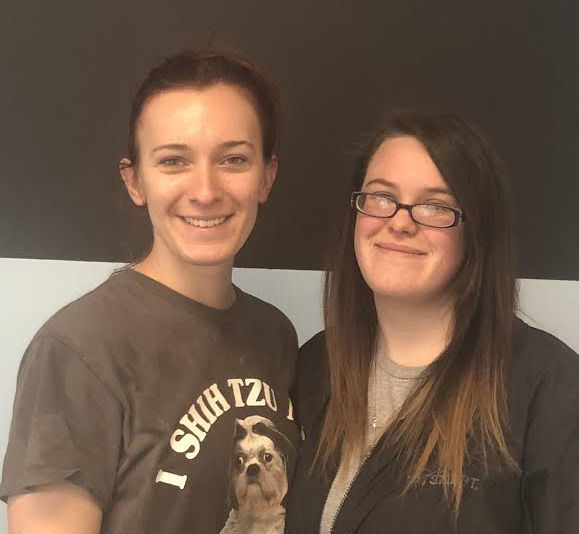 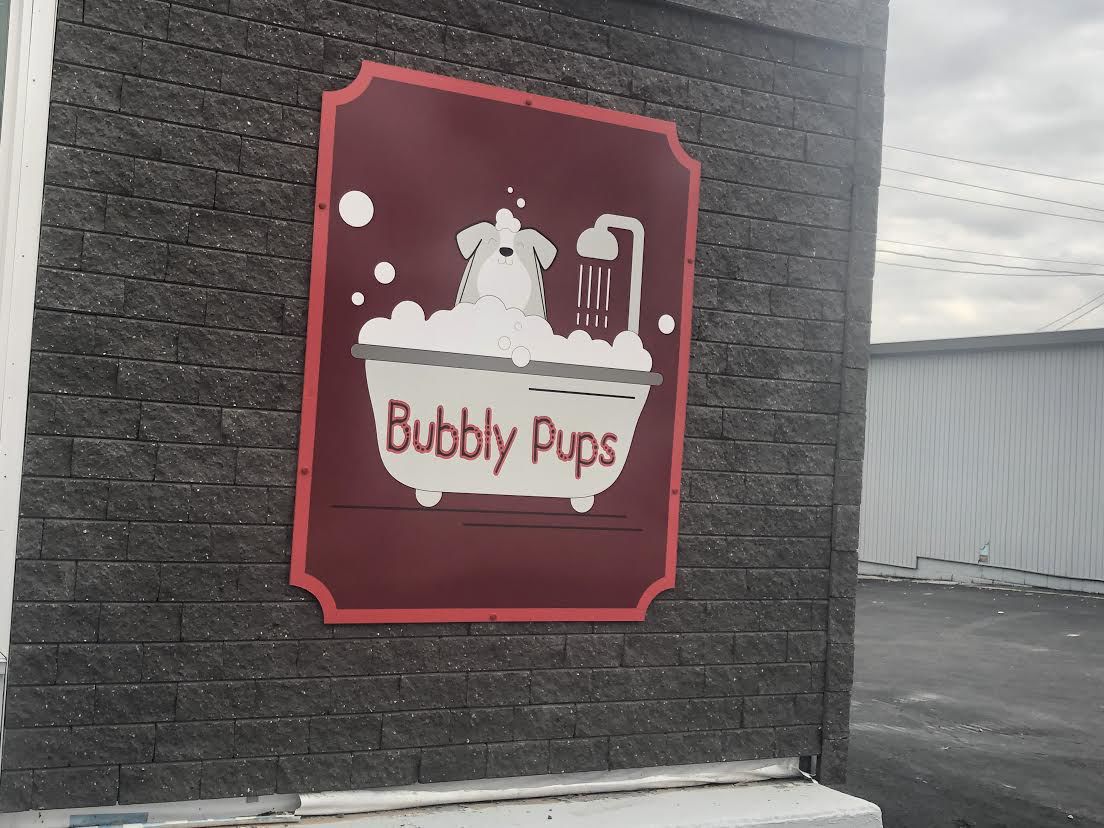 Bubbly Pups, 907 1st Ave., Silvis, is a dog-grooming business that has been open nearly a month in downtown Silvis.

SILVIS — A fellow groomer’s belief, a city’s need and years of experience all combined to help Christine Peterson, 23, of Moline, and Amber Weber, 26, of Rock Island, opt to open their own dog-grooming salon in downtown Silvis.

The pair had several years of experience at PetSmart in Moline. And their friend, a fellow groomer, Gina Heinz, expressed confidence that they could open a dog salon and succeed.

Throw in a little help from the City of Silvis, which also wanted to see a salon in the building at 907 1st Ave. in Silvis, and about a month ago Bubbly Pups was born.

“We both have been grooming for four or five years,” Peterson said. “We just kind of wanted to go out and start our own business,”

“And Jim Grafton (Silvis city manager) had been talking to (Heinz) about it. We definitely would not have known this was possible without them.”

The spacious, 1300 square-foot salon has room for expansion, too, should they want to add another groomer.

“It was definitely a good size," Peterson said. "It’s more room than both of us need right now, and it was still kind of a blank slate when we came in here.”

But they definitely feel right at home.

“We just both love it,” Peterson said of the grooming. “It’s one of those things where it doesn’t really feel like work. We both love what we do.

For smaller dogs, a $45 fee will get them a haircut, bath and nail trim, with the price going up for larger dogs.

The owners of River City Sign Shop next door, Carol and Doug Small, had been using the building as a storage area and did the repairs to get it to what it needed to be for the groomers. It now has two grooming stations, a small kennel area, a bathing area with the blow dryers and the tub set-up as well as the desk upfront at the entryway, which is separated by a wall from the rest.

The responsibility that comes with business ownership can be daunting, but the two women in their 20s felt ready after years at PetSmart.

“We had both talked about going to a private salon after we were done where we were at,” Peterson said. “But everything just worked out so perfectly and everybody was so supportive that we figured we would give it a shot."

The location on the eastern edge of the Quad-Cities, helps, too, Peterson said.

“It helps that we don’t have too many grooming salons around us,” she said. “So convenience has definitely been a really big factor.”

Two friends working together is not expected to be any problem at all, Weber said.

“We both have the same kind of work ethic so it helps us work together like this. And since we have worked together before, it works out pretty well.”

As for the name, Bubbly Pups, it just kind of happened, Peterson said.

“We were just bouncing different names off of each other," she said. "And our families were helping, too. It was just a long kind of people turning things out and that just kind of stuck.”

But the key really is clients who already have gotten the dog-grooming salon off to a good start.

“That’s another thing we could not have done without, is all of our clients that supported us all the way, too,” Peterson said.

“We are just really excited to be here.”

Bubbly Pups, 907 1st Ave., Silvis, is a dog-grooming business that has been open nearly a month in downtown Silvis.