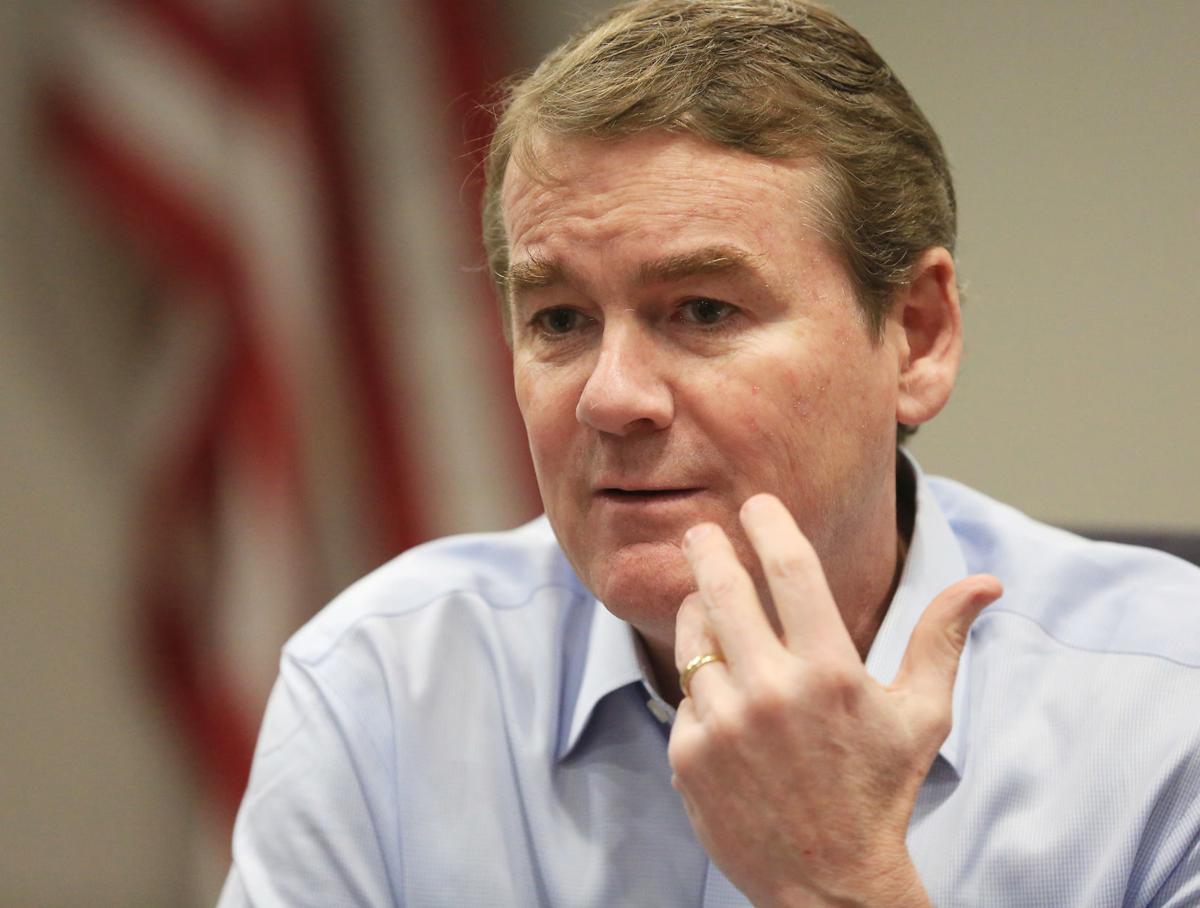 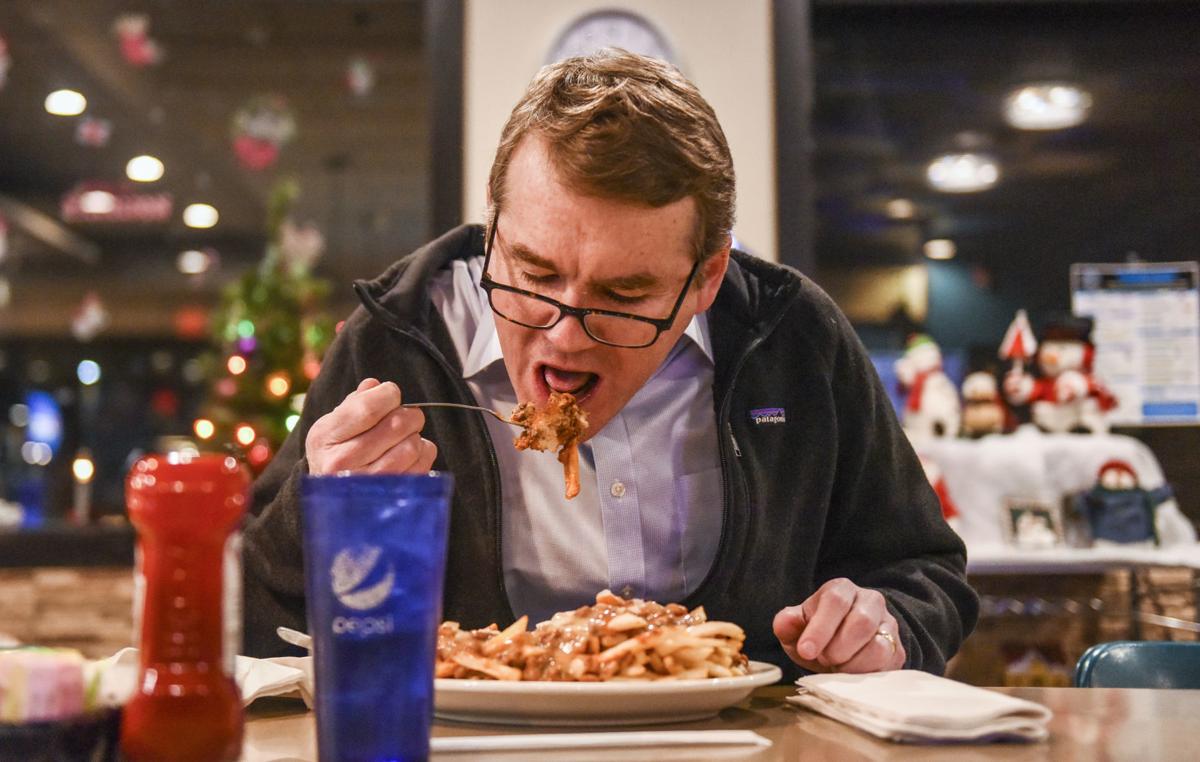 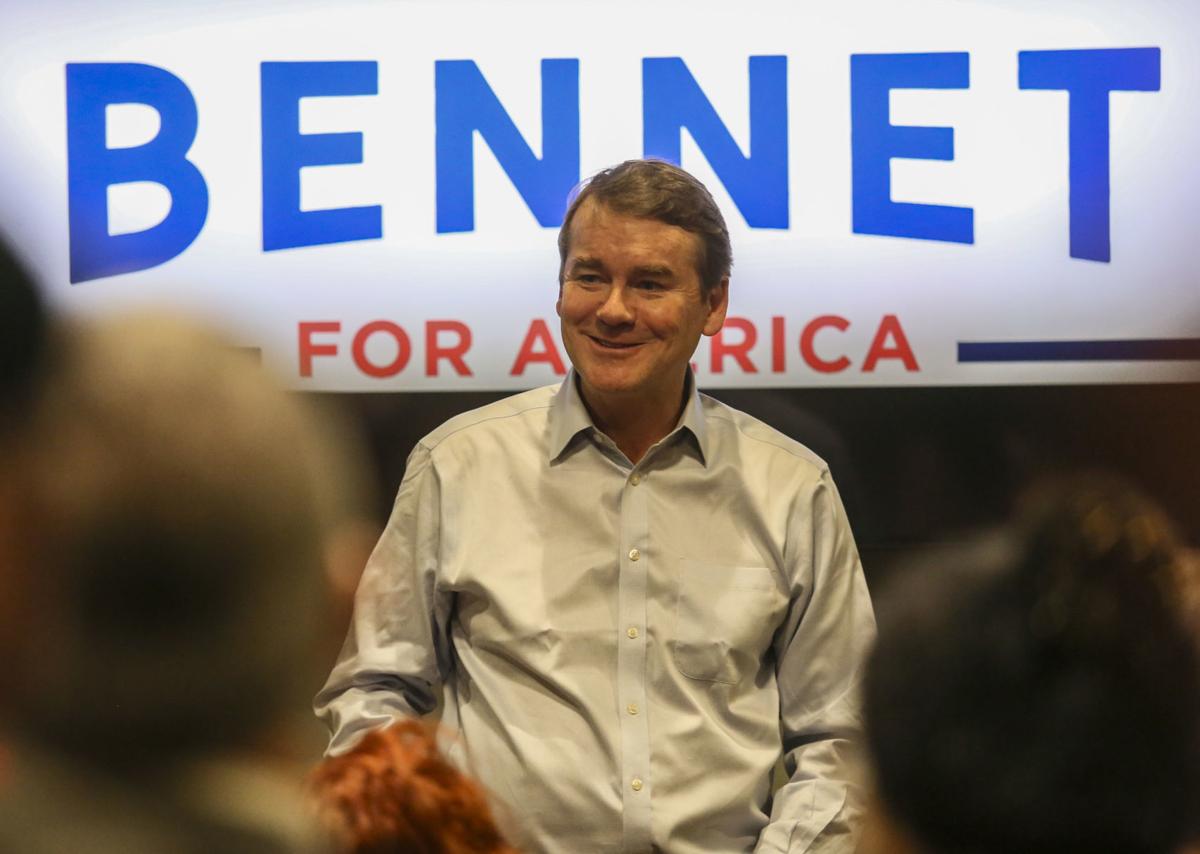 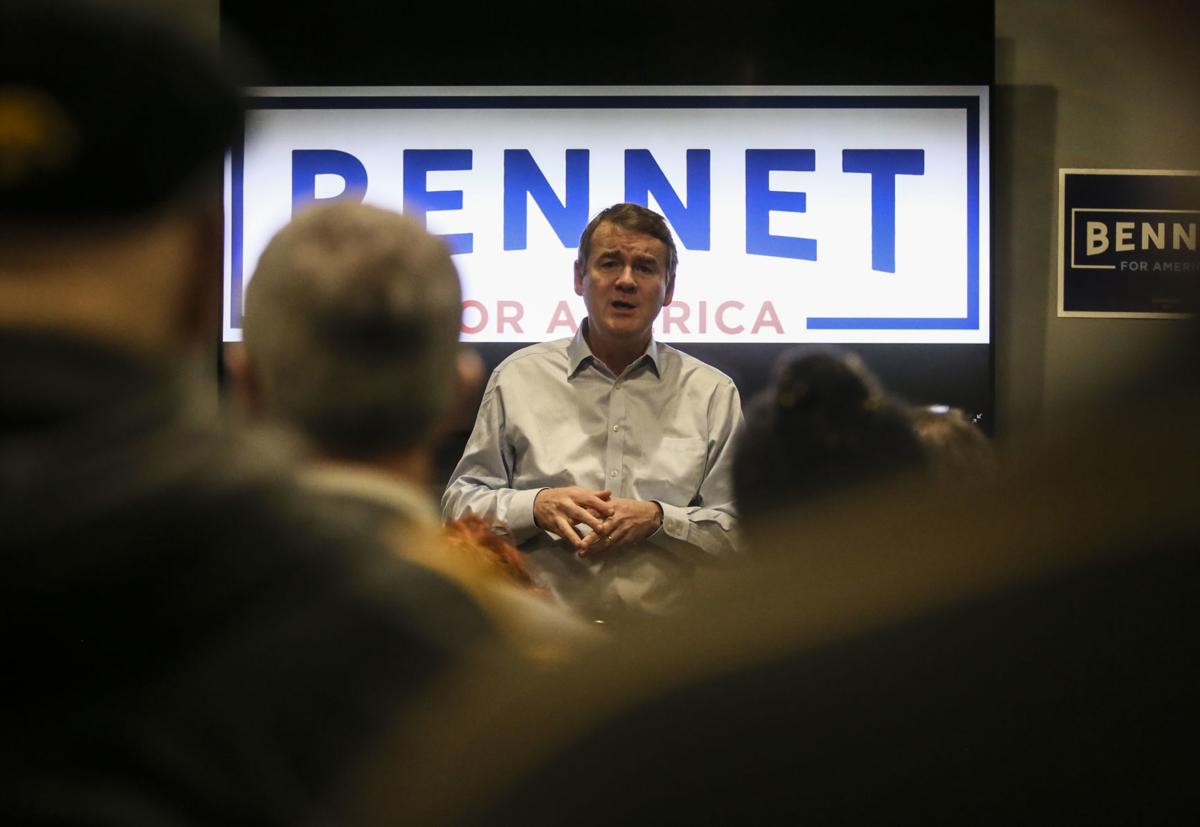 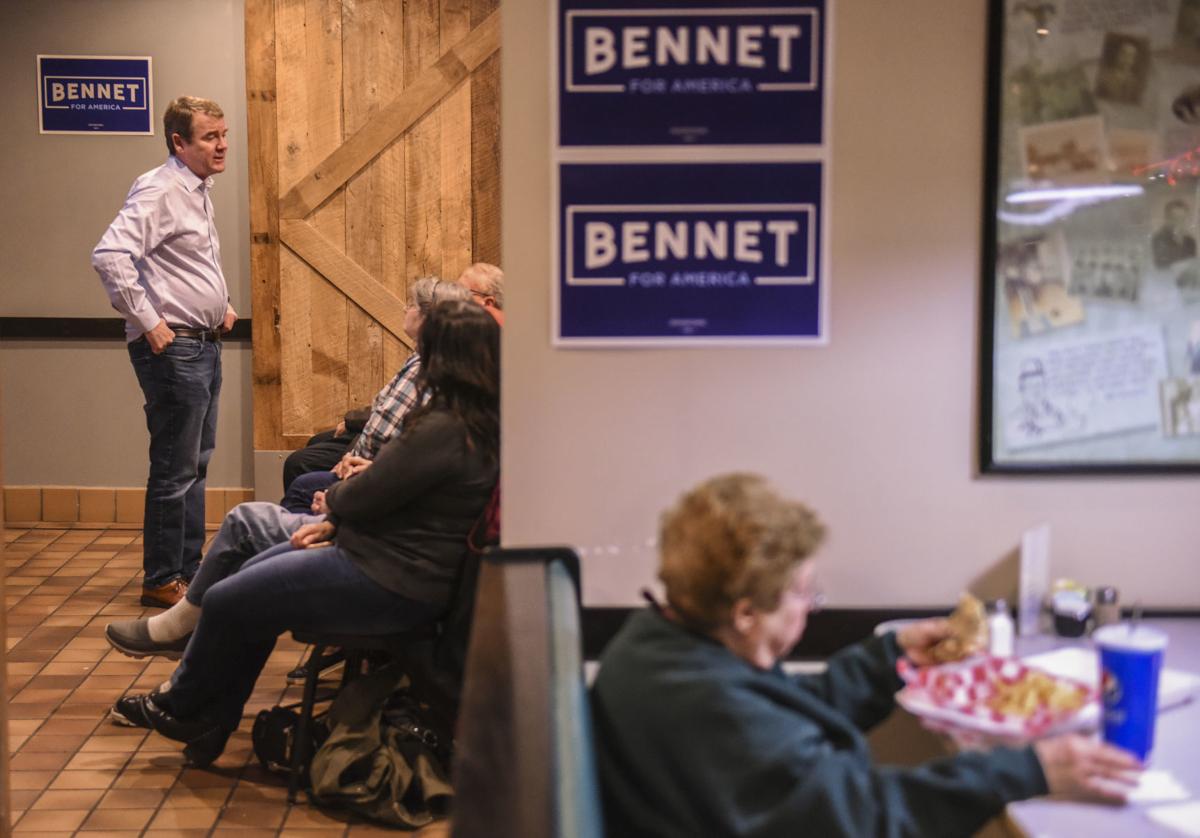 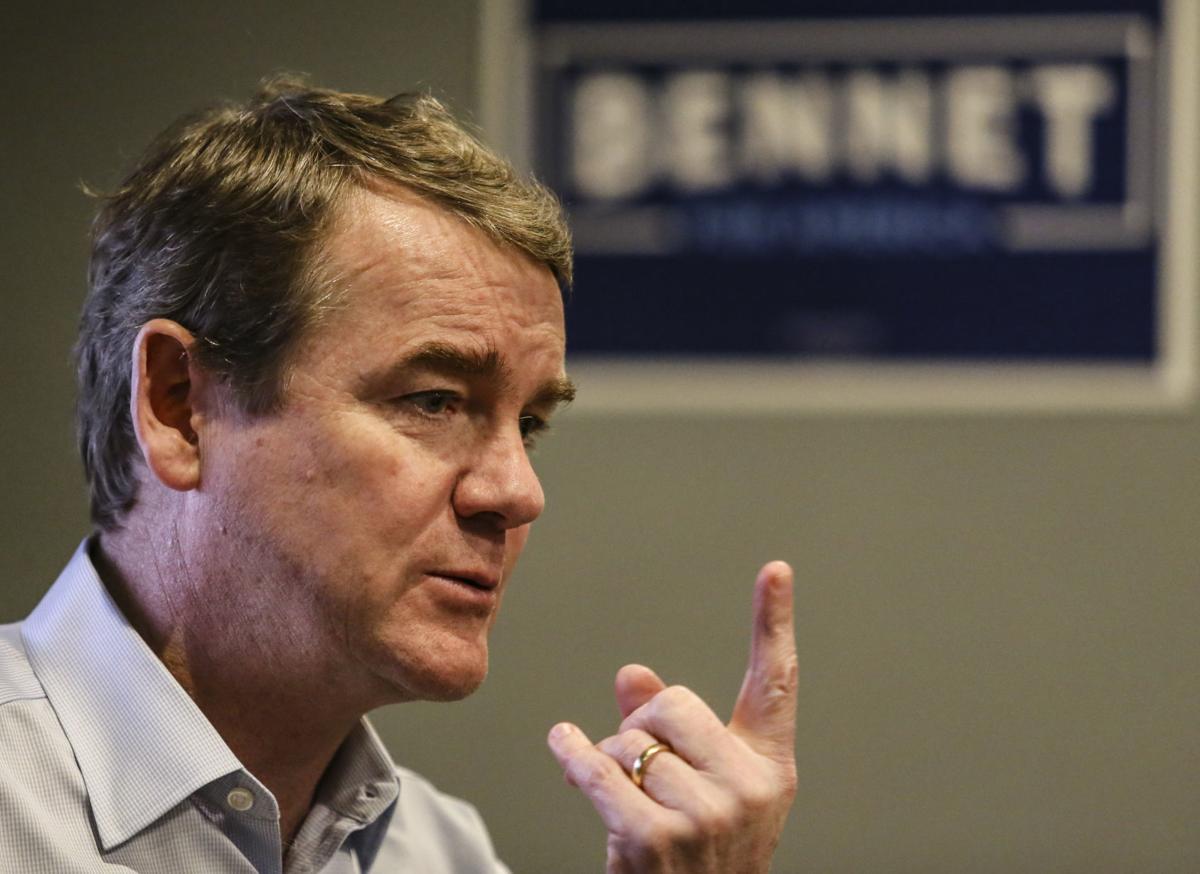 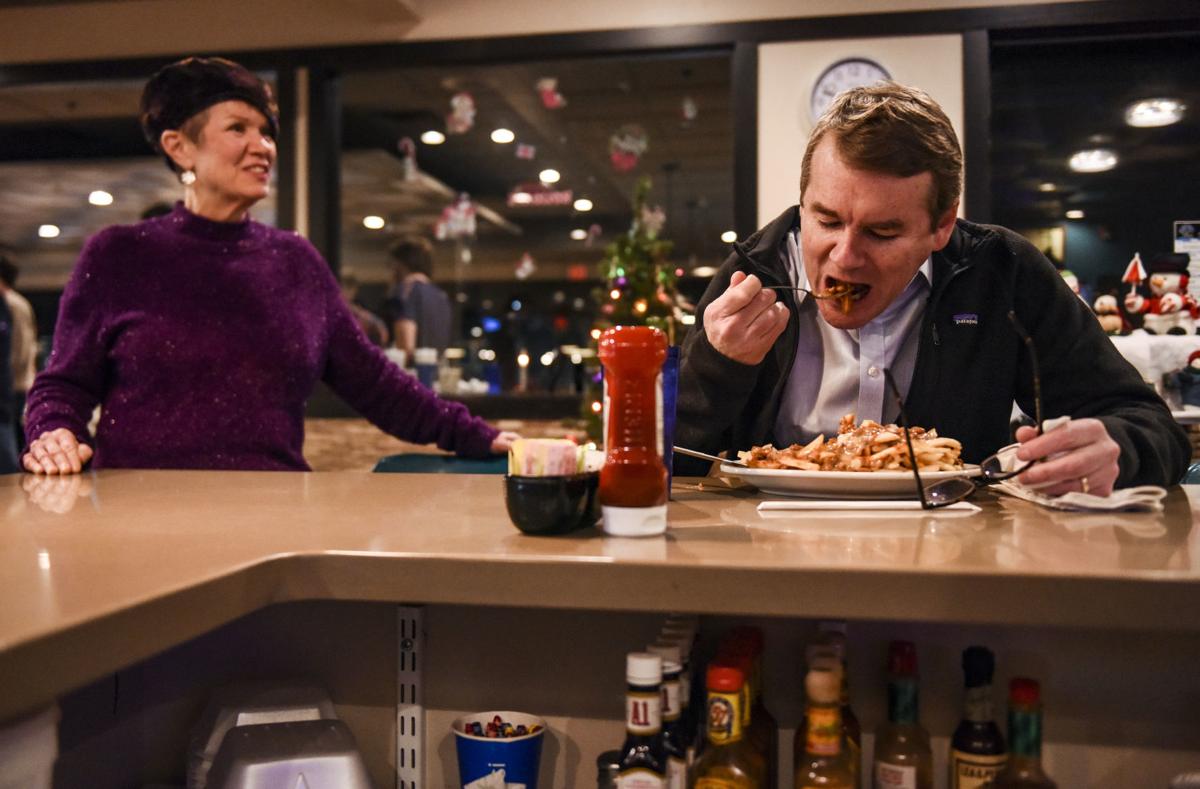 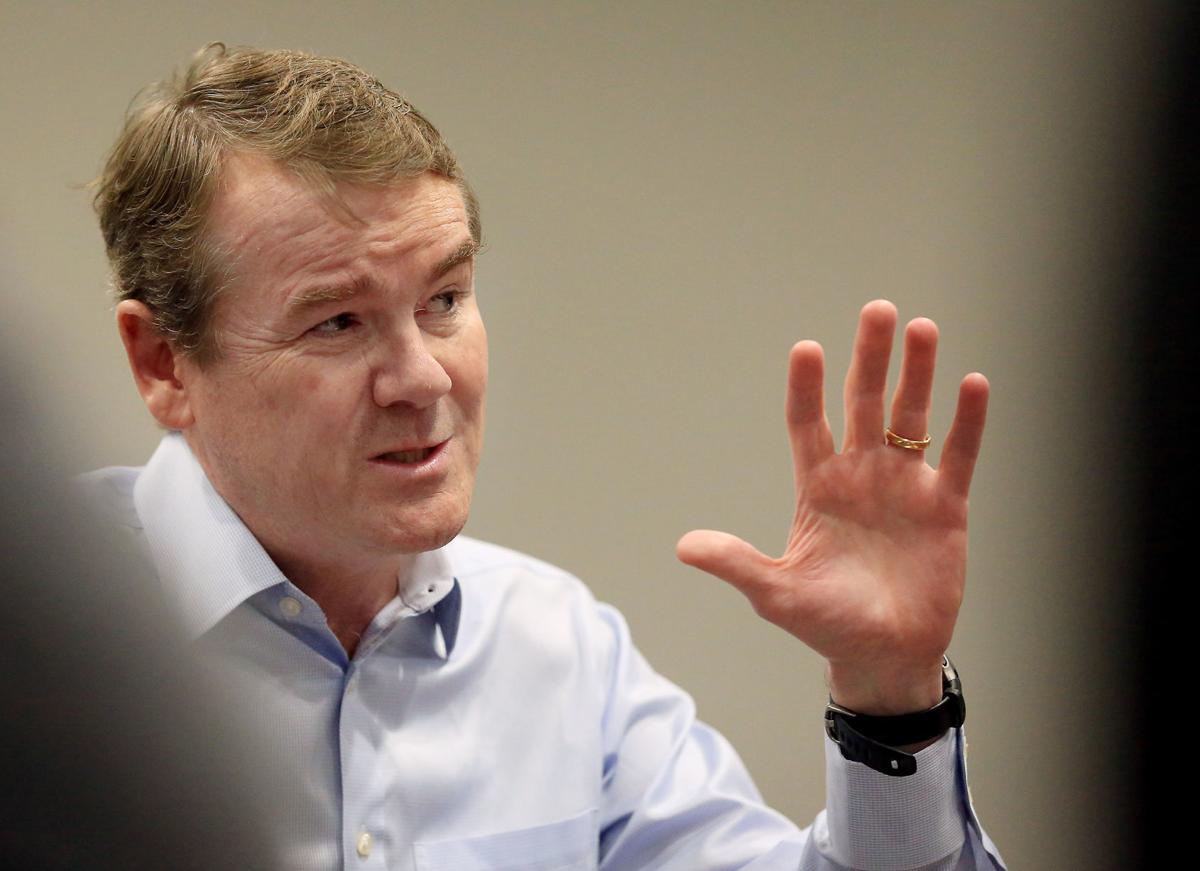 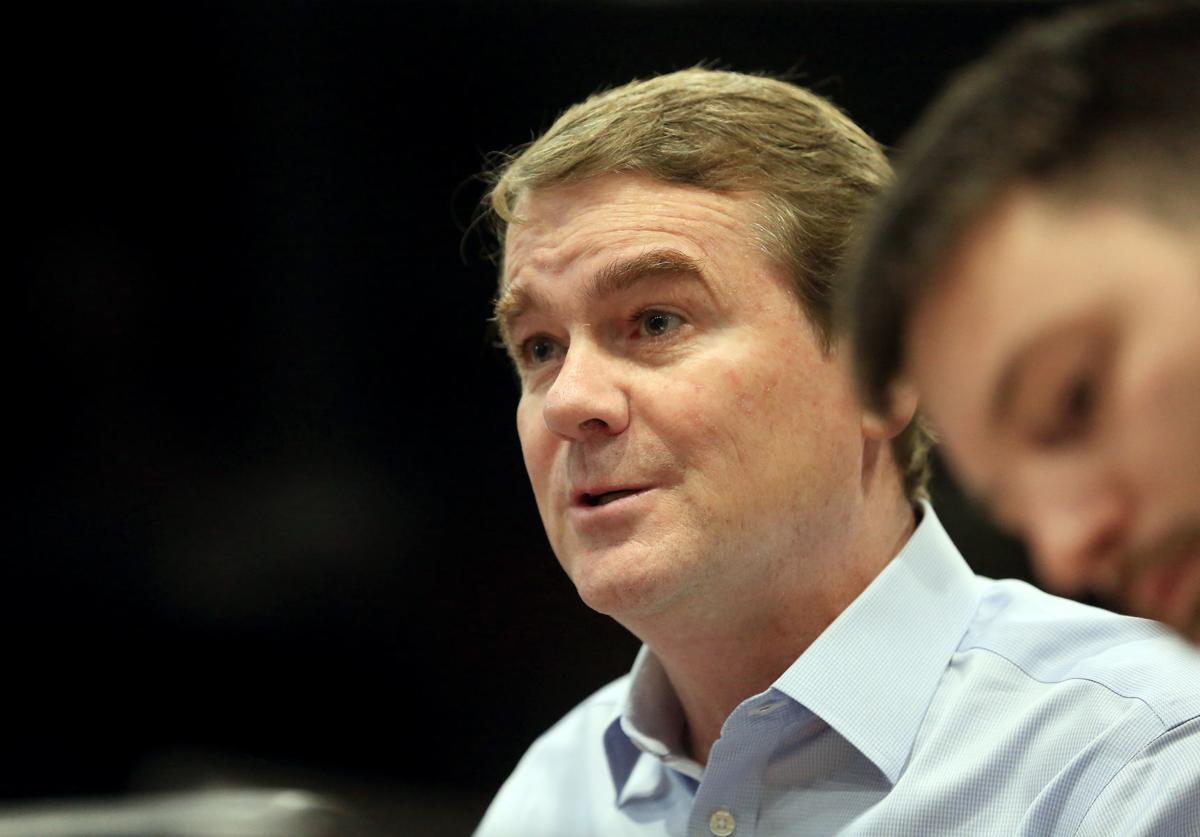 U.S. Sen. Michael Bennet, D-Colo, continues to push forward in his presidential campaign, despite barely registering in the polls and not qualifying for a debate since July.

Bennet met with a roomful of voters at Ross' Restaurant, 2297 Falcon Ave., Bettendorf, Monday night, where he said he has the best combination of skills and experience to be the next president.

A former school superintendent, Bennet said the country's education system is reinforcing income inequality. If elected president, he will work hard to reverse that trend.

"The best predictor of the quality of your education is your parents' income, because that's a good predictor of where you're going to live and what your school district is going to be," Bennet said. "We've got to address it. I believe we can run on an agenda that unifies Democrats and some of the nine million people who voted twice for Barack Obama and once for Donald Trump.

"Iowa has more counties that voted twice for Barack Obama and once for Donald Trump than any other state in the United States."

Bennet said Trump has made economic inequality and other matters a "lot worse. We were a mess before he showed up."

Bennet laid blame on the Freedom Caucus and the Tea Party for the country's situation, adding, "We have to figure out how to govern the country again. I am the only candidate in this race who has won two national elections in a swing state. Nobody else has won one election in a swing state."

Bettendorf resident Jim Brick asked Bennet what he would do to enforce gun control in schools and keep children safe. Bennet reminded everyone that one of the first school shootings took place in Colorado at Columbine High School in 1999.

Bennet said he would pass background checks and limit the purchase of mass ammunition such as high-capacity magazines.

"We changed the law in Colorado to say you could have 10 rounds (of bullets)," he said. "Those are two ways we can start to make a difference and there are things we can do with school culture that is important, too."

Steve Beck asked Bennet what he would do to make higher education more affordable. Bennet said he is opposed to free tuition programs being promoted by Bernie Sanders and Elizabeth Warren.

"The problem is, college costs too much," Bennet said. "Colleges are no longer publicly supported. There is no incentive to keep the cost of college low. I do think we can use the federal loan program to incentivize universities. Not all universities will do it, but I would settle for one whose objective is to get you out of there debt free."

Bennet said those with student loan debt should be allowed to renegotiate the debt and lower the interest rates.

"As a former superintendent, I'm more interested in free preschool," he said.

Davenport resident Cindy Holst asked Bennet what he would do to make health care affordable.

"Nobody knows how much things cost," Bennet said.

Bennet closed out by acknowledging the power Iowa voters hold with the first-in-the-nation caucus Feb. 3.

"You have a big decision to make," he said. "You will decide which one of us is most likely to beat Donald Trump; I believe I am that person. That's why I decided to run and that's why I've stayed in the race."

Earlier in the day, Bennet met with voters in Muscatine at the Black Pearl Cafe, where he spoke also about economic inequality and said, if elected, he would close the gap by reversing tax cuts for the rich and passing tax cuts for middle class instead.

Following his visit to Muscatine, Bennet met with members of the Quad-City Times editorial board.

Policies that are coalition-building can also be “progressive,” he said. But he doesn't support some of the primary’s boldest ideas. The Green New Deal, for example, Bennet described as a lightning rod that would distract from the urgency of the climate change problem. “It’s going to open us up to attack from people who want to deny that climate change is real,” he said.

On "Medicare for All," Bennet said there’s not a “huge demand out there to fight a 10-year losing battle for Medicare for All,” a signature and controversial health care issue for some presidential candidates, including Sen. Bernie Sanders. “Is that going to help the kids I worked for in the Denver Public Schools? No.”

Bennet also blasted Republicans including Rep. Steve King, of northwest Iowa, for their obstructionism. “They’ve essentially acted like tyrants,” he said. “There is no bargaining with Mitch McConnell or the Freedom Caucus. They’re immune to compromise. They have to be beaten.”

For his low polling, Bennet blamed his late entry into the race, a consequence of his battle with prostate cancer. He also cited the crowded field of candidates as well as the “deeply unfair rules” of the Democratic National Convention.

He’s going to continue running, he said, because he’s not convinced there is “somebody in this race that I thought had a better chance at beating Trump than I did.” And he said most Iowans also haven’t made up their mind. He said candidates should drop out only “when we have a candidate to beat Trump.”

Bennet has joined with other members of Congress and community leaders to oppose Major League Baseball's proposal to eliminate 40 minor league teams around the country in an effort to cut the number of guaranteed player development contracts as a cost-saving measure.

"Every business owner has to consider long-term sustainability," Bennet said. "But club owners aren't the only ones struggling in this economy; working families in towns like Grand Junction and the Quad-Cities are."

Army: No Medal of Honor for Bill Albracht

All they needed was two more steps — the Secretary of Defense and the President.

Local developer Joe Lemon has offered to purchase the historic Rock Island County courthouse for $500,000 and pledged to invest $8 million in …