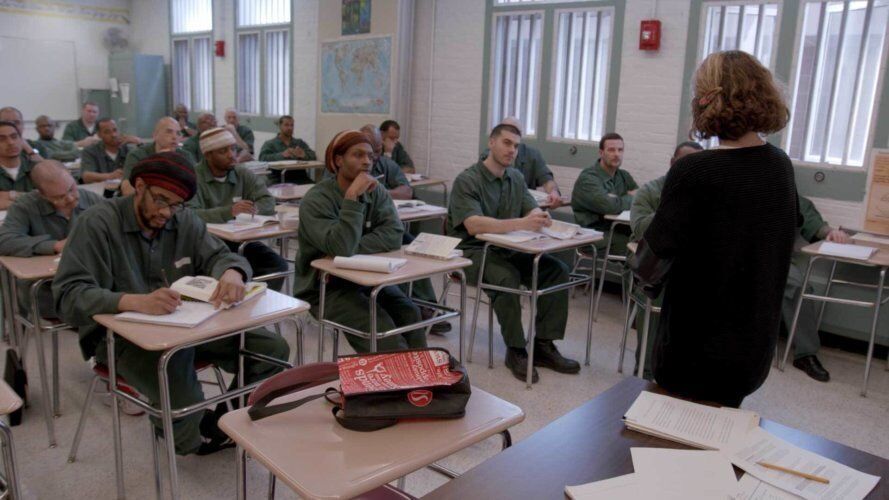 Students in the Bard Prison Initiative work in class. Alumni of the initiative will have a panel discussion at Augustana University Jan. 17. 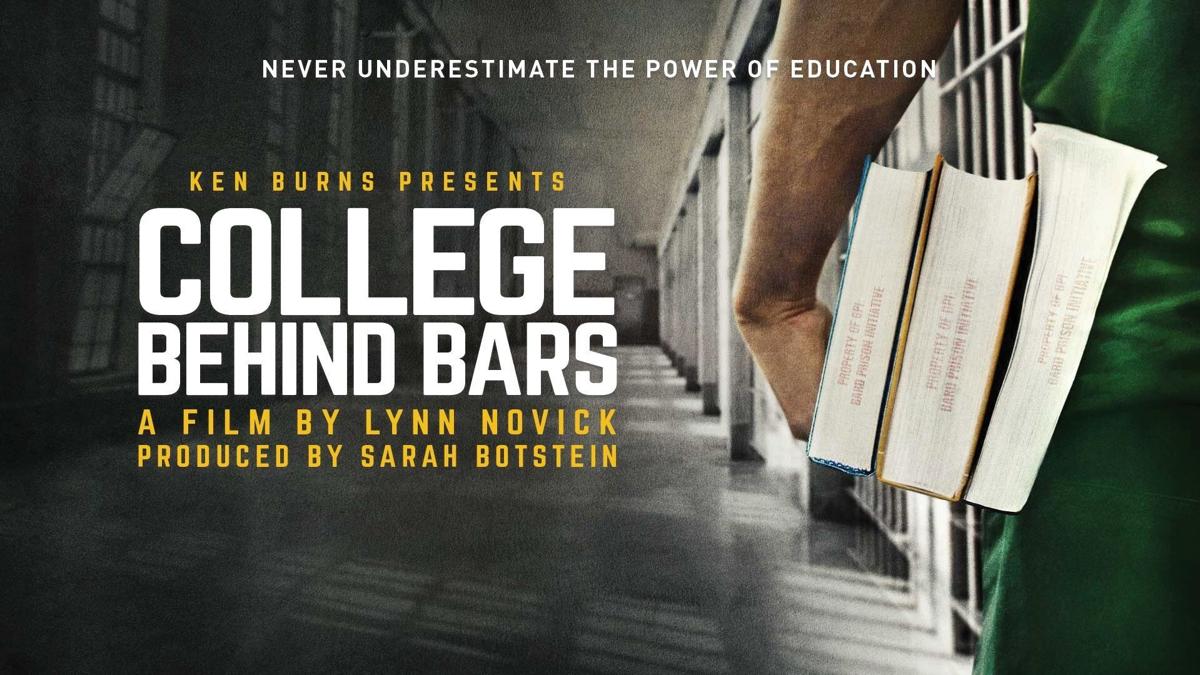 A poster for the documentary "College Behind Bars."

For Jule Hall, the Rev. Dr. Martin Luther King Jr. is a shining example of the power of education, and the letter from Birmingham Jail is the embodiment of Hall’s own experiences, first earning a college degree while incarcerated through the Bard Prison Initiative, then advocating for the implementation of programs like it across the U.S.

“When King sat in a jail cell to actually teach people outside why it's important that we engage in racial equity, it’s just the epitome of what we are doing with [Bard Prison Initiative] and what so many people incarcerated are trying to, not only take on for themselves, but also give back to society,” Hall said.

Hall, along with other local and national advocates for higher education in prison, will speak on these connections and their experiences with prison college education programs next week for the Quad-Cities community.

Two virtually-held panels will feature alumni of the Bard Prison Initiative featured in the PBS documentary “College Behind Bars,” along with members of the initiative and the Augustana Prison Education Program. The first panel, limited to Augustana faculty, staff and students, will begin at 10:30 a.m.

The whole Quad-Cities community is invited to tune into the second panel at 6:30 p.m. A Zoom link for the panel can be found on the Augustana College website. Project Now Executive Director Dwight Ford will serve as the master of ceremonies and offer remarks.

After portions of the documentary are shown, panelists will discuss their own stories, the larger idea of higher education for incarcerated people and how it affects — and benefits — society. Sharon Varallo, who organized and teaches in the Augustana Prison Education Program at East Moline Correctional Center, said education in prison went far beyond the academic sphere.

Incarcerated people face many barriers when they leave prison, from finding jobs to finding housing. A college education could help them find work that they enjoy and pays well, which can help with finding stable housing. Varallo said if kids could see that their parent has received higher education, they're more likely to pursue it themselves.

"There's moral reasons, there's economic reasons, there's every reason that you can think of — family stability, children being safe, education," Varallo said. "There are all kinds of ways that this has positive effects."

Hall agreed, and said the topic of higher education in prison doesn't exist in a vacuum, affecting issues like criminal justice reform.

Seven out of the 10 students in the Augustana Prison Education Program — modeled after the Bard Prison Initiative — made the Dean's List last semester, Varallo said.

Giovannie Hernandez, whose time working through the Bard Prison Initiative was showcased in “College Behind Bars” alongside Hall, said he didn't do panels like these for the attention but because they allowed him to see first-hand the impact they make on attendees who come up to him afterward, talking about the new information they’ve learned and asking about how they can help.

Losing control over his life while incarcerated, and then in getting his education, Hernandez said it all opened his eyes to issues like mass incarceration and how incarcerated people are treated. Issues like these date back to before Martin Luther King Jr.'s time, and Hernandez, Hall and others are still trying to open others' eyes as well.

"That was the sort of the fight that Martin Luther King Jr. took up, it was to fight the systematic ways in which things have been set up for us to fail," Hernandez said. "And that's what we're doing now, but we're just attacking this aspect of it."

What's going up in the Quad-Cities? Here's a peek at 11 businesses and other things new and coming soon to the QC

Here's a peek at 11 businesses and other things new and coming soon to the Quad-Cities:

Railroading Heritage of Midwest America is buying the former National Railway Equipment shop complex in Silvis to use for the preservation of historic rail cars and engines.

When human remains are found, families 'worry and hope'

When human skeletal remains recently were found in Rock Island County, it became likely a cold case was about to warm up.

A German Shepherd was shot and killed in Bettendorf Tuesday after reportedly chasing someone who had been standing in a neighbor's front yard.

After a few days of warm, sunny weather Old Man Winter is about to make an encore appearance in the Quad-Cities as colder air and a chance of snow are forecast for Friday.

Davenport condemned their apartments, displacing renters. And it may do so again

Tom Hendrickx and Virginia Hunsaker are retiring after working at Whitey's Ice Cream for 29 and 36 years, respectively.

A Rock Island man who allegedly tried to steal a $199 angle grinder from the Home Depot in Bettendorf on Sunday upped his charge to armed robbery when he allegedly pulled a knife on a store loss prevention employee, Bettendorf Police said.

Ickes: Little girl lost in '07 has questions as adult

A 5-year-old Davenport girl who was dropped off by a school bus three miles from her home in 2007 now is a 20-year-old woman with questions.

Wish list: 'I gotta do this for you' Rock Island single mom needs new bed for superhero-loving son

You could say Aaiden, the 5-year-old son of Courtney Davis in Rock Island, Donations provide single mom's son a place to sleep is a fan of superheroes.

Students in the Bard Prison Initiative work in class. Alumni of the initiative will have a panel discussion at Augustana University Jan. 17.

A poster for the documentary "College Behind Bars."