Former Moline mayor Larry Lorensen dies at 81. 'Next to his family, his greatest love was his community.'
View Comments
Share this
× 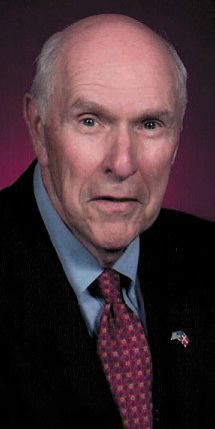 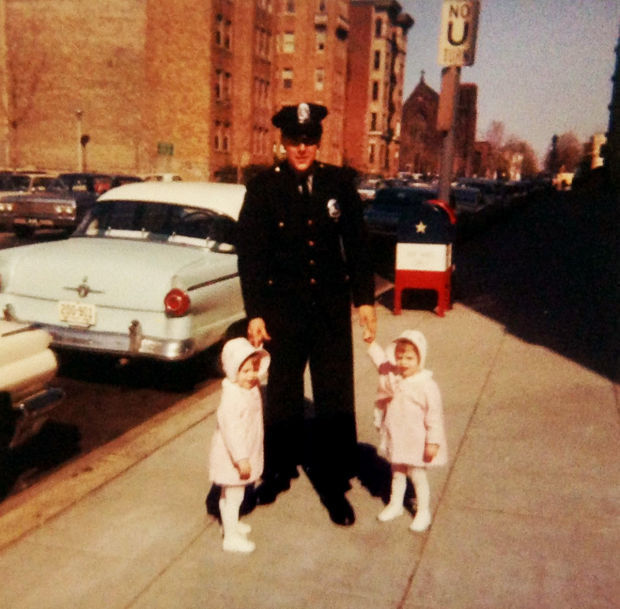 Former Mayor Larry Lorensen served as a Capitol police officer in Washington, D.C., during John F. Kennedy's presidency and was stationed along the funeral procession. He is standing with his twin daughters, Jean and Jane. 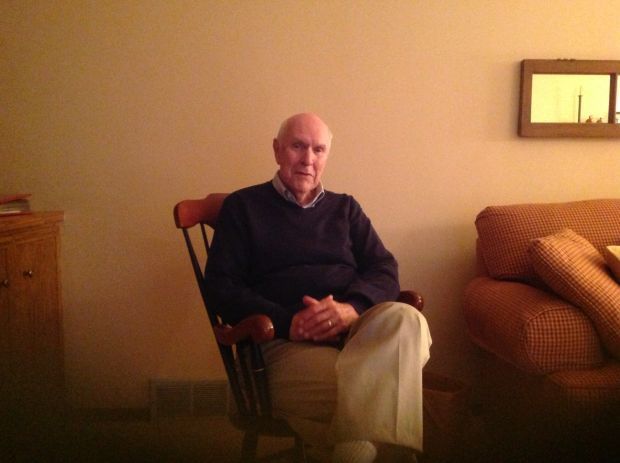 Former Moline Mayor Larry Lorensen left a positive and gratitude-filled impression at every turn during his lifetime.

The 81-year-old was described by Mary, his wife of 58 years, as a man of deep faith and trust and a dedicated husband and father.

He was a respected educator and civic leader. He served as the mayor of Moline from 1977-81 and was known as someone who never turned his back on his community.  From 1987 until his passing, Sunday, Oct. 6, Lorensen was a board member and chairman of the Rock Island County Metropolitan Mass Transit District.

For four decades, he was the face and the voice on the No. 1 tee of the John Deere Classic, serving as the starter for the local PGA Tour event.

"He was a friend for life and worked every day to treat others with respect and kindness,'' Brewer added. " He made the best oatmeal, was cheerful in the mornings, and I will never forget his saying with four women in the house and him: 'Man on the floor, shut your door.'"

Her father, Brewer said, was also special when it came to being a husband.

"My parents were best of friends,'' she said. "And my father held my mother to the highest level. He had that much love and respect for her. Their relationship was so strong. It's one of the things that you respect most about him is that he cared so much about Mom.''

A Mass of Christian Burial for Lorensen will be 9:30 a.m. Saturday, Oct. 12, at Sacred Heart Church, Moline. Visitation will be 4-7 p.m. Friday at Rafferty Funeral Home, 2111-1st St. A, Moline, with a family-led Rosary at 3:30. Burial will be at Calvary Cemetery, Rock Island.

He started teaching at Alleman Catholic High School in 1964, enlightening young people on the merits of Western Civilization.

"A tremendous educator and a great friend,'' said Duane Chanay, who taught and coached at Black Hawk College for more than three decades. "Larry and that voice could command a classroom, but he kept the students interested because of his great knowledge and his genuine care for each of them. His students knew he cared. ''

Fiercely loyal to his city, Lorensen served as an alderman from 1969-1977, and then as mayor from 1977-1981. His service to the Rock Island County Metropolitan Mass Transit District is without equal.

"Larry was a man of great vision, unique in that he could see both sides of every issue, then find a resolution that worked for all,'' said MetroLink general manager Jeff Nelson, who spent a quarter-century working under the guiding hand of Lorensen. "Next to his family, his greatest love was his community. It is a passion only certain people have. I learned so much from him. I loved his sense of humor and timing. He could take a tense moment and make it light but do it at just the right time. No one could read a room quite like him. I cannot express the gratitude I have for all that he did for me for those he represented. An amazing man.''

Chanay marveled at how well Lorensen – even after his days in public office – was received locally and across the state of Illinois.

"We were doing some work with our SUAA, which is an arm of our benefits and insurance side of the state universities retirement system,'' said Chanay. "Many of the folks involved didn't know their way around the legislative side of things, but with Larry's background and his contacts, while serving in local government, things worked. He knew just where to go, who to see and how to get to see them in a hurry. Just a wonderful man.''

From fledgling PGA event to TOUR staple and charity-dollars giant, Lorensen was a John Deere Classic fixture. He served as the starter, the man introducing professional golfers just before they would tee off.  He, like many others, is why the Quad-Cities gets to play host to the world's best golfers every summer.

"Larry was the embodiment of the generation of volunteers that kept the John Deere Classic alive and well all these years,'' said JDC chairman Clair Peterson. "He tirelessly dedicated not just a week during the event, but months in the planning before because he believed the tournament was important to charity. He will most certainly be missed, as we have missed many others from his generation who have passed before.''

A taste of winter — or at least a taste of late fall — is on the way. In the next 24 hours, we'll see about a 20 degree difference in high tem…

Former Mayor Larry Lorensen served as a Capitol police officer in Washington, D.C., during John F. Kennedy's presidency and was stationed along the funeral procession. He is standing with his twin daughters, Jean and Jane.